A treat for anyone willing to take on a new persepective. 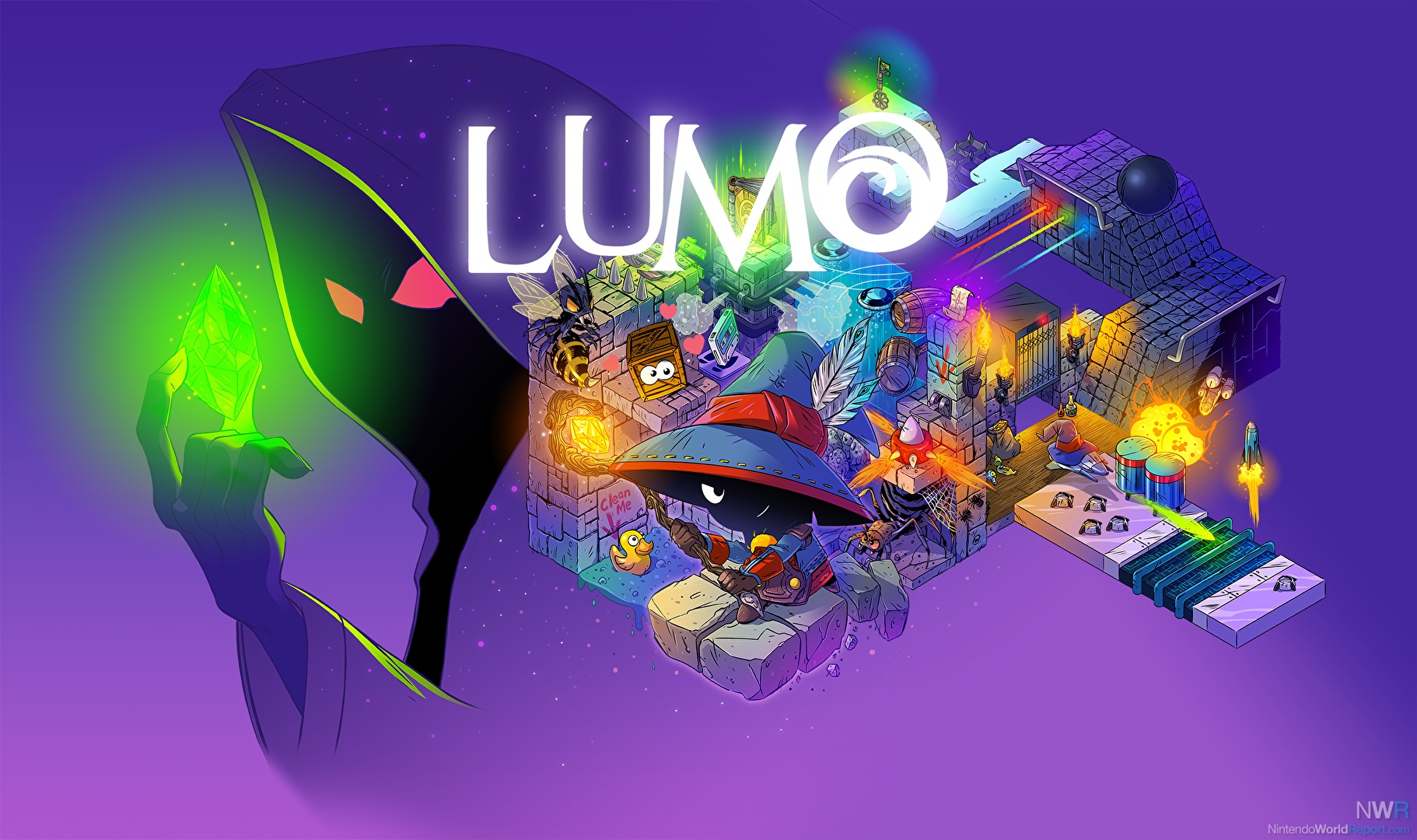 Due to Nintendo’s pedigree in the games industry, the Nintendo Switch is a logical destination for indie titles looking to relive the golden days of gaming. While Lumo definitely looks to pull the nostalgia heart strings, the style of game it pays homage to will likely be foreign to many Nintendo fans.

Lumo is a retro inspired, 3D, isometric, puzzle platformer that successfully walks of holding true to the difficulty of its inspiration, while at the same time providing an approachable experience for those new to the genre. When starting the game, players can chose between two different modes of play. Adventure, provides the player with infinite lives, save points, a map and no timer and Old School which removes all of the previously mentioned tools and adds in a game clock. For this review I played the Adventure mode and frequently took advantage of the infinite lives offered by the mode.

After selecting a mode the player is then prompted to choose one of three different control options. Two of these modes have the directional control of the character in an isometric setup. The first of these control schemes sets up on the d-pad and or control stick to move the character northwest and down to move southeast. The second isometric control scheme is a mirror of the previous with up causing northeast movement and down causing southwest movement. I chose a third scheme which moves in north, south, east and west. The game gives the player an empty room in which to try out the different schemes and chose the most comfortable option. 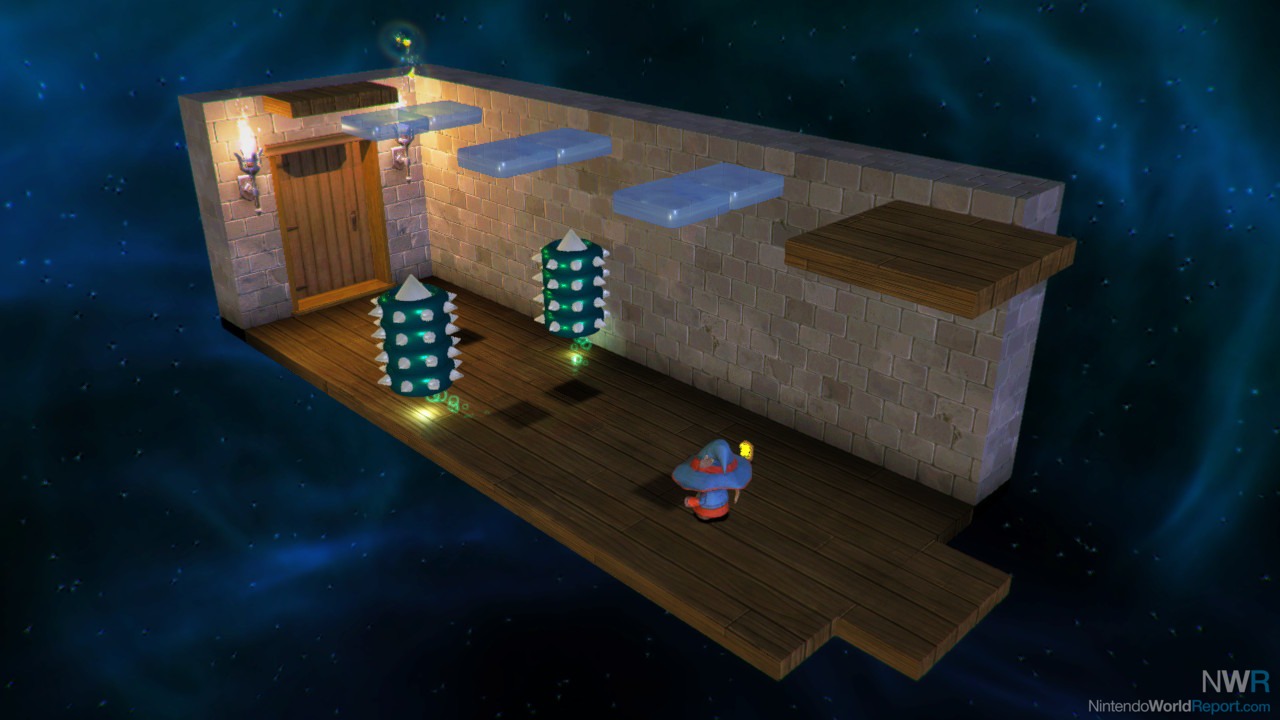 Lumo is structured with a series of rooms most of which feature a puzzle that will unlock a door to another room or rooms upon solving. Players can move back in forth between rooms and some backtracking is required to progress.

Lumo’s platforming based puzzles can be difficult. However, the difficulty progresses smoothly, building upon the games earlier concepts to create puzzles consisting of multiple rooms that are quite satisfying when everything comes together.

As someone who grew up in America in the late 80s with the Nintendo Entertainment System, I never had the opportunity to play isometric puzzle platformers that were highly popular on personal computers in Europe. As far as isometric games go my experience before Lumo consists of Q*bert and Super Mario RPG. Coming from this lack of experience with this specific breed of platformer I found myself struggling with the game’s platforming early on, but as the game progressed I became more comfortable.

In 3D platforming, isometric especially, a game’s ability to give the player a sense of place in relation to the different objects in the level makes the difference between a difficult game and a game that is unfair and frustrating. Lumo passes this test through the use of lightning and shadows which give the player this much needed sense of depth while at the same time visually developing the dark dungeon environment. 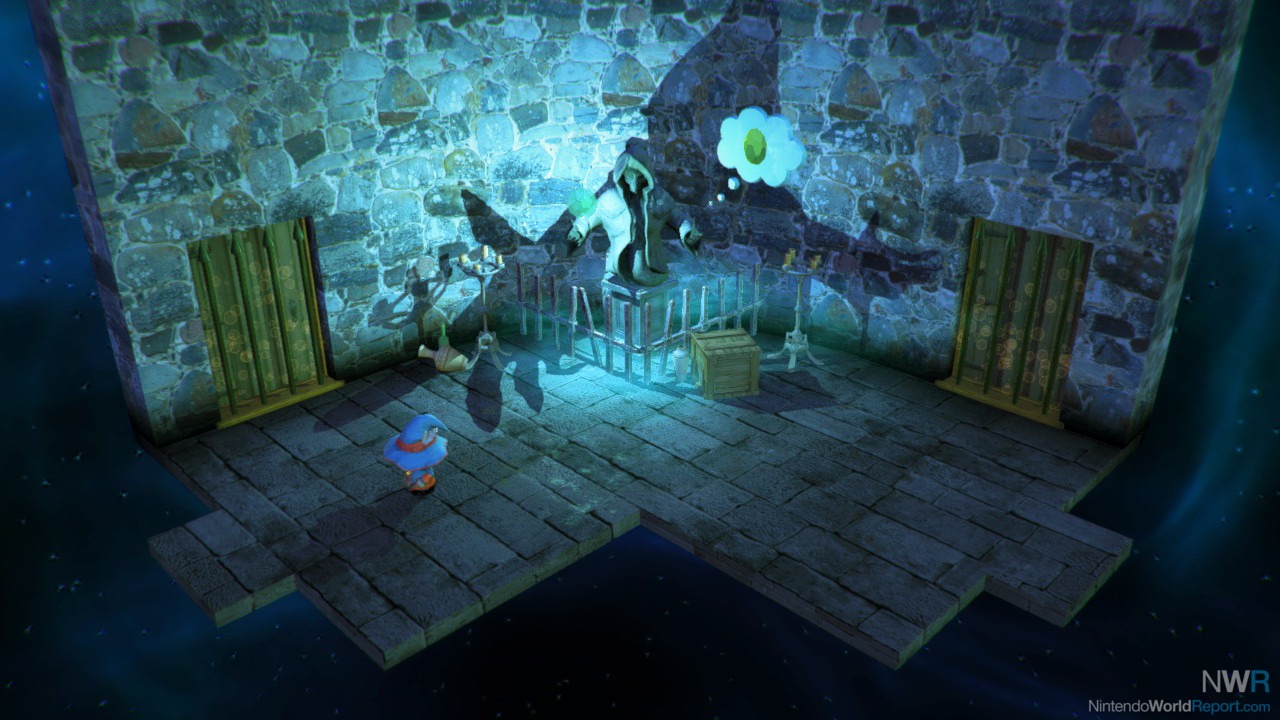 While Lumo’s graphical prowess makes for a nice looking game, the graphics and art direction are also its greatest weakness. The different levels of the game blur together due to their lack of any distinct visual identity. Most of the game consists of a few stone or brick walls and the main floor placed on top of a outer space looking backdrop that becomes stale early in the game. I found myself struggling to keep interest in the game during longer play sessions, not because I wasn’t enjoying the gameplay but out of a desire to have something new to take in visually.

Lumo succeeds as a new entry into a genre that had been lost in time. It delivers an experience that feels retro while including the option for modern gaming conveniences to take a genre that would likely be unapproachable for newcomers to a worthwhile experience for anyone who is willing to try something challenging and new.