They're finally here, performing for you.

The wait for Yooka-Laylee, Playtonic’s maiden voyage through the annals of N64-era platformer nostalgia, to come to Switch is finally over. Having played it on other platforms when it launched earlier this year, I was curious to see how the game held up on Nintendo’s hybrid console. While I can say that it has made the transition to Switch without technical issues, the core game itself leaves a little to be desired for fans of the ex-Rare developers’ previous work. 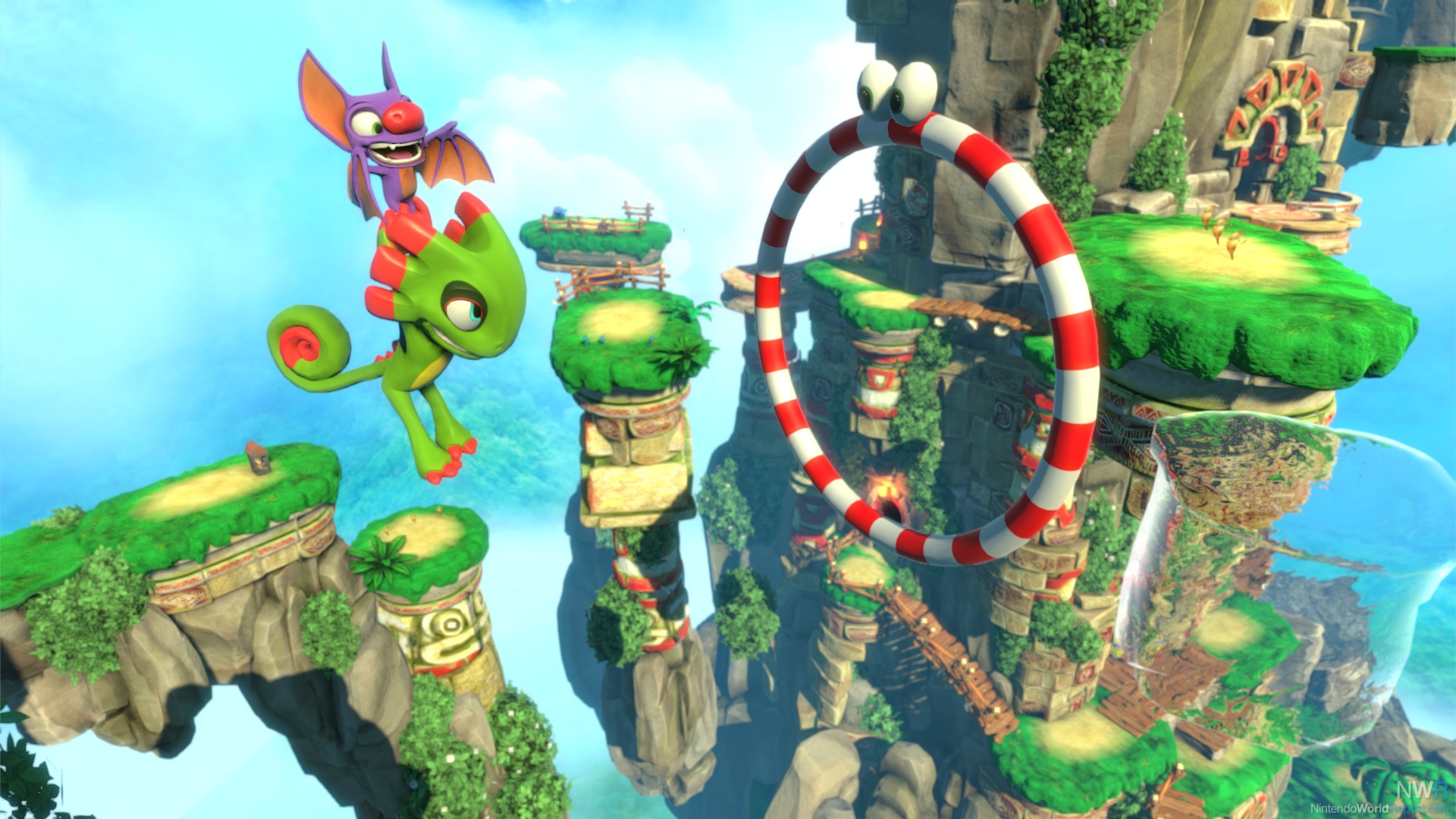 If you’ve ever played Rare’s Nintendo 64 classic, Banjo-Kazooie, then Yooka-Laylee’s style will feel very familiar. The game stars a duo of a somewhat lazy lizard named Yooka and a chatty, sarcastic bat named Laylee on a quest to retrieve a stolen book with golden pages from the evil, industrial Capital B. Unfortunately, the golden pages have been scattered across five themed worlds that must be traversed before the final showdown. It’s a pretty basic setup for a retro-influenced 3D platformer, but it works well enough. The characters all talk in the Banjo-Kazooie-like growls, grunts, and guttural noises that fans of those games will find charming, but others may find a little grating. There’s also a rap during the intro to the game, heavily inspired by the one that begins Donkey Kong 64, but it’s nowhere near as charming or funny.

That’s really the crux of Yooka-Laylee’s problem, though. It’s heavily inspired by the great Rare collect-a-thon platformers of the late ‘90s and early 2000’s, but it plays like a lesser version of all of them. This comes across the most in the level design of the five worlds Yooka and Laylee journey through. The first world gets the player off to a great start, but the quality dips from there. The fourth world, a giant casino that has the players earning coins that they must cash in to receive their “Pagies,” is particularly awful. It’s disappointing because the games Yooka-Laylee is inspired by are filled with wonderful levels that are a joy to traverse. Yooka-Laylee’s worlds often feel like a chore. 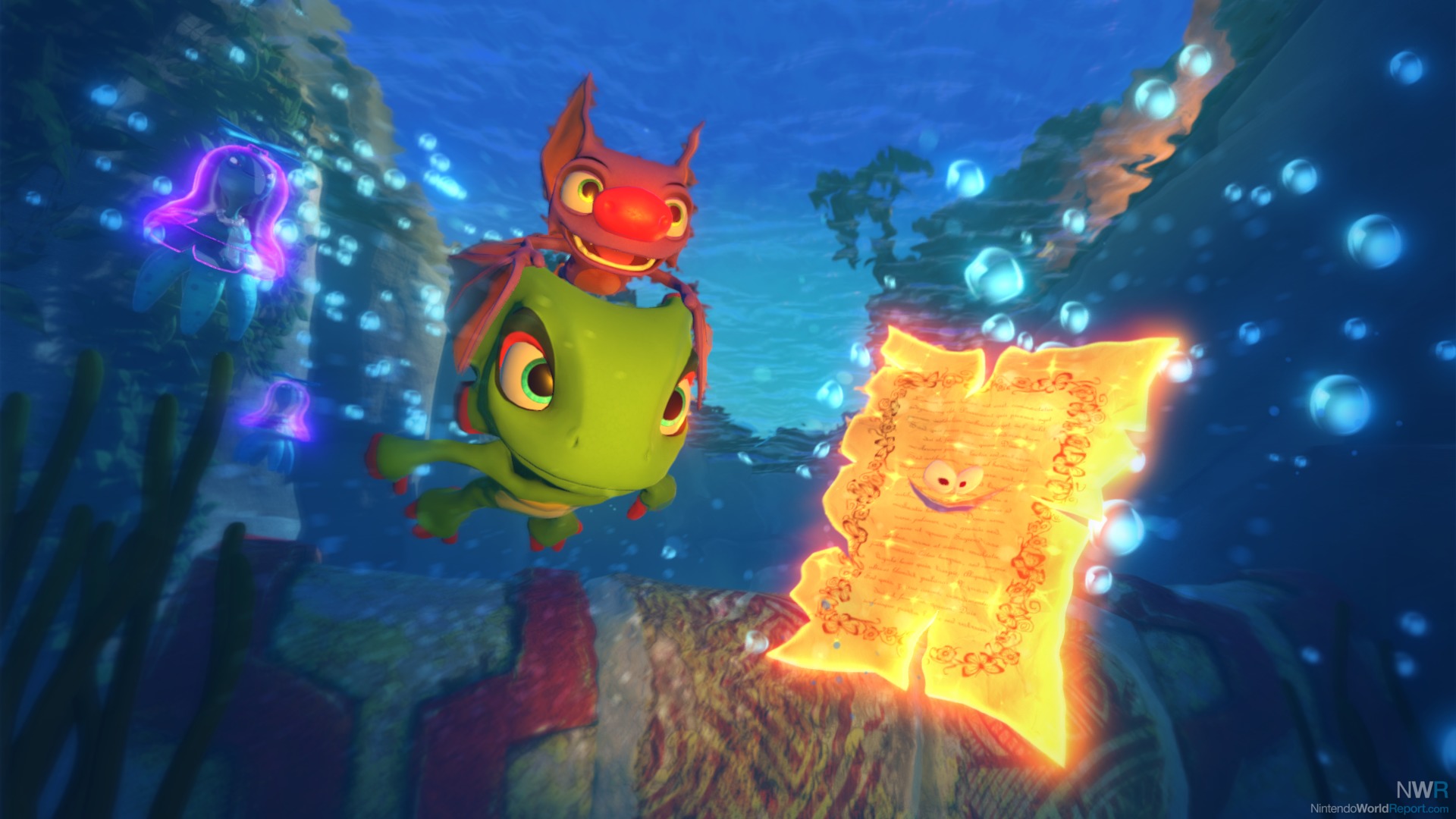 It’s not all bad, though. There are plenty of fun challenges that you’ll come across, despite the lacking level design. The crew at Playtonic, with a few exceptions, know how to strike a balance between difficulty and having a jolly good time. Yooka and Laylee have a wide array of moves that they’ll learn from their snake friend, Trowzer, throughout the game that the player will need to master if they’re aiming to collect all the Pagies. Running, jumping, rolling, swimming, flying, and swinging all generally feel good and easy to pull off so long as the finicky camera doesn’t get in your way. Unfortunately, camera issues plague Yooka-Laylee a little too often. I can’t tell you how many times I failed a challenge or missed a jump simply because the camera wouldn’t properly position itself. And while many of the challenges are fun, nothing is more infuriating than having to attempt something over and over because of camera issues.

One thing I did enjoy about Yooka-Laylee was how much the worlds open up once you’ve learned all of your moves. Certain Pagies are inaccessible until you’ve learned a move later. Coming back to a world with more Pagies expands that world to make it bigger than the first time you visited, unlocking more and more challenges and things to find. In that way, Pagies feel more useful than collectibles in other platformers. It feels good to go back to a level you previously visited with more ways to explore, especially when those areas had previously been a chore to move around in. 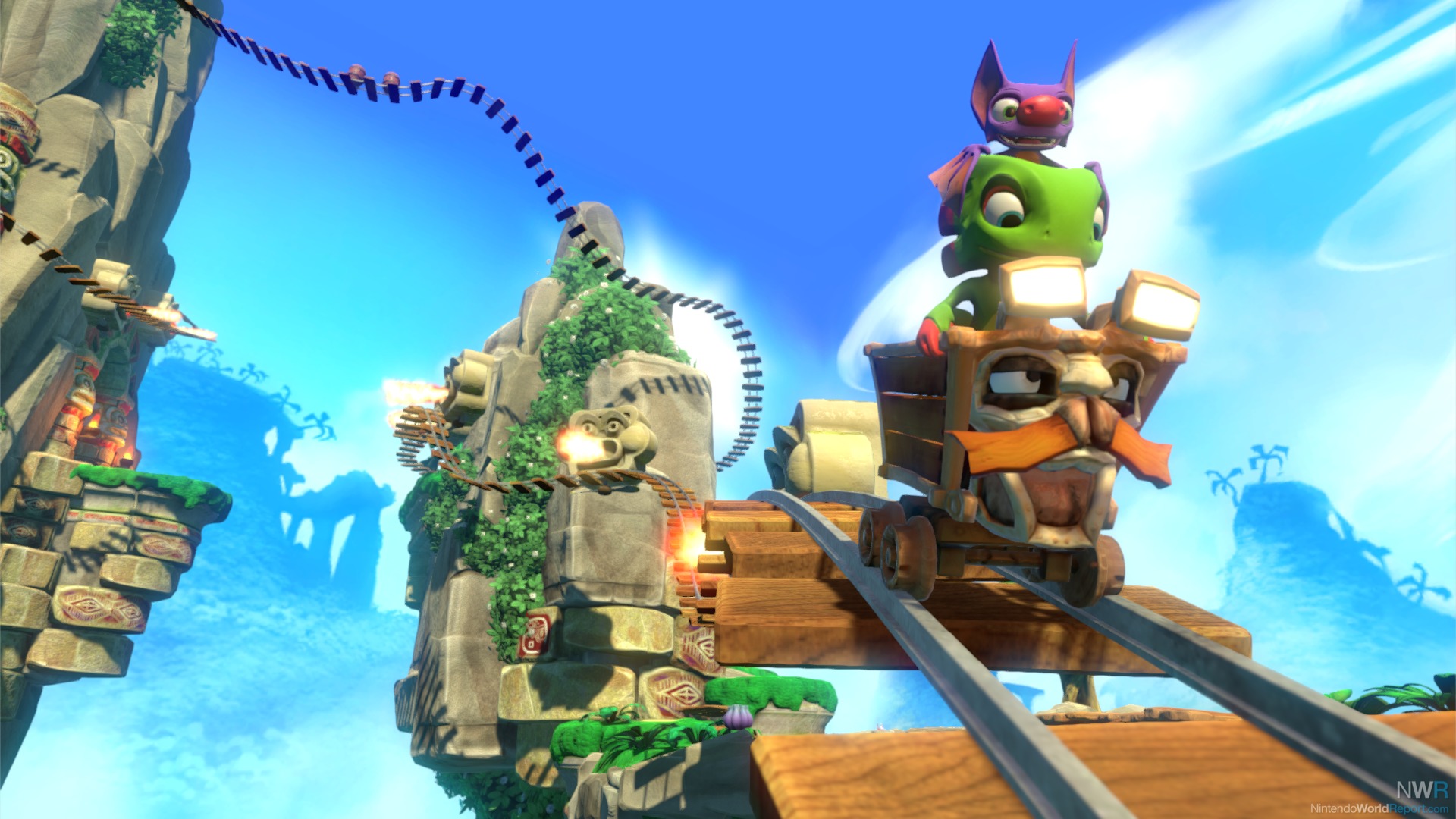 Yooka-Laylee’s music, composed by industry legends Grant Kirkhope, Steve Burke, and David Wise, is full of bouncy tunes that give otherwise bland levels more personality. While it doesn’t really ever hit the highs of Banjo-Kazooie or the Donkey Kong Country trilogy’s soundtracks, they’ll often have you nodding your head along as you play.

When Yooka-Laylee was originally announced as a Kickstarter project by former Rare developers, it gave fans of the 3D platformer hope that a nearly dead genre could return to its former glory. It’s unfortunate, then, that Yooka-Laylee is no more than a mediocre attempt to capture nostalgia from the days of yore. In a year that has given us some truly innovative and special 3D platformers that pushed the genre to new heights, I can only really recommend pushing through Yooka-Laylee’s pedestrian campaign to the most enthusiastic of old Rare’s fans.

But I have no issues with the 6 cause it’s not some people’s jam.

Could you expand on this comment: "In a year that has given us some truly innovative and special 3D platformers that pushed the genre to new heights"?


I'd love to hear more about what 3D platformers were really good this year (since I didn't really play a lot of new games).

Wow. This outlet handed out the lowest score for this game currently on Metacritic. Ouch.

I enjoyed the game for a week. It did not have much replay value. I would buy expansions in a second. Final Boss was hard.