Pretty repetitive gameplay for a title that exudes organized chaos. 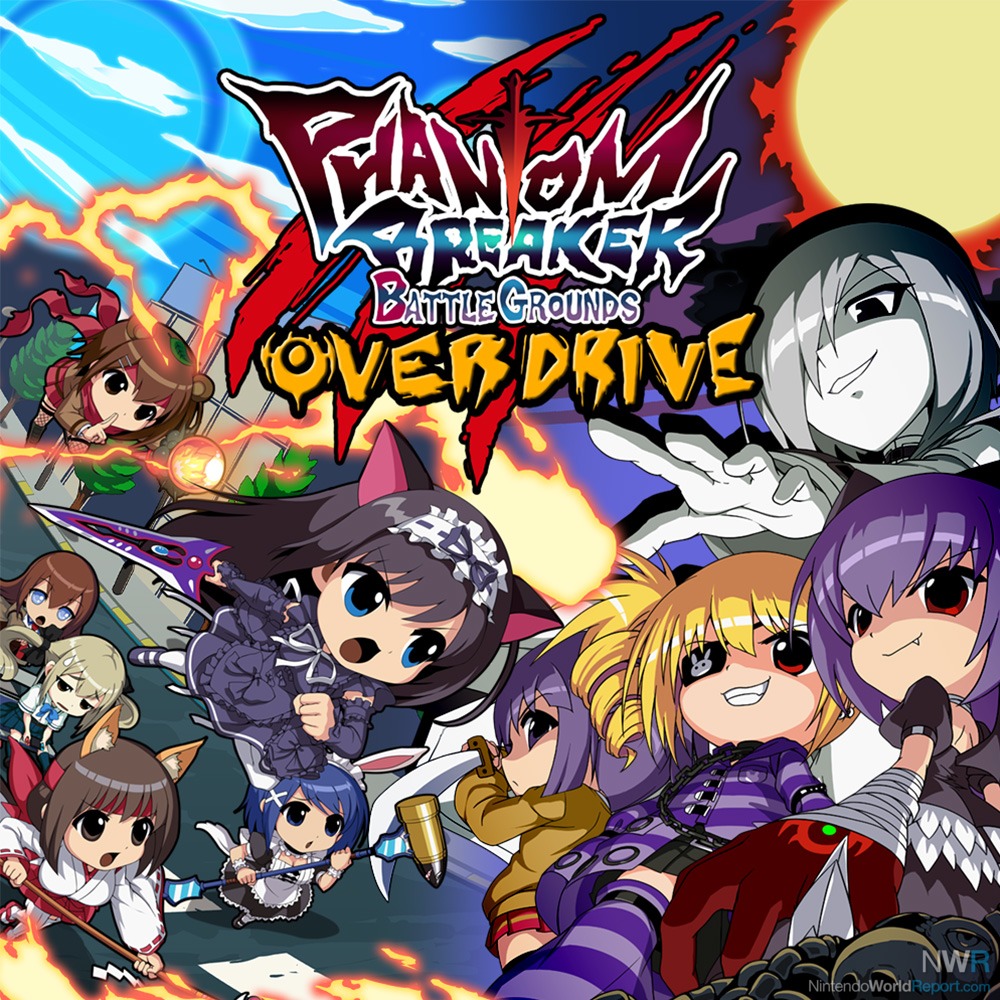 Phantom Breaker Battlegrounds Overdrive can be summed up in a single phrase: Organized Chaos. Brawling your way through wave after wave of enemies looks and feels great but the button mashing of it all brings the game down.

If you’ve never played a Phantom Breaker game, that’s okay, as this is more of a spin off to the original fighting games. As the game starts you can choose between a few game modes; Story, Arcade, Co-Op, and Battlegrounds. The first three are basically the same thing, which is a side scrolling beat’em up, and the Battlegrounds mode is more of the traditional fighter the series is known for. In story mode, you can choose between eight different characters, all play slightly different as they all have different weapons, but ultimately end up feeling the same as the combat is all about how fast you can hit Y and X. 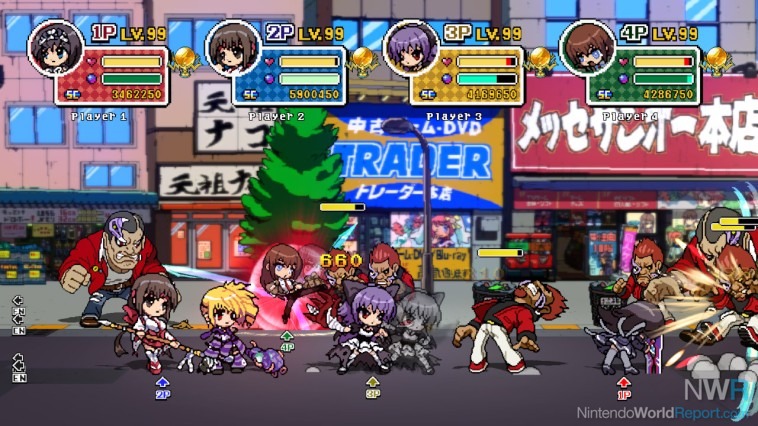 At first the combat felt okay, using the different buttons as each one has a different effect, but as you progress it quickly becomes easier to just spam one or two buttons. There are some special moves and different abilities that can be unlocked, however they don’t seem to help much.

One bright spot on the combat however is the silky smooth animations on everything in the game. From the main characters, to the enemies, all the way down to the item drops. Everything runs so well together. The art style is quite wonderful to look at as well, despite seeing 10 of the same enemy on screen, there is a good change up on who you actually are fighting. In most cases enemy characters are fun to fight, but a few of them are just plain cheap, as in they just do their own spamming of a long range attack that typically knocks you back for a brief moment. 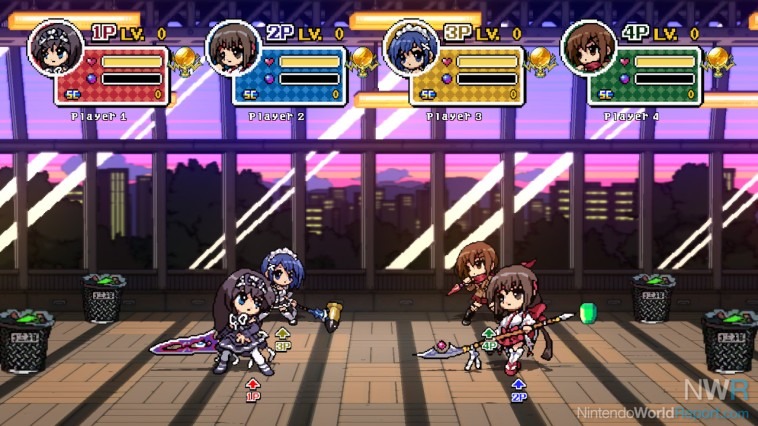 The story is pretty standard for a beat’em up. You need to find a friend while plowing your way through each level. It’s presented in all Japanese voice work with English (or seven other languages) as subtitles. It was okay at first but the ongoing sound effects by the character you play as got old very quick. The music, however, is great. Very reminiscent of 90s arcade games. The game itself is very short, I would say two hours tops. But having local multiplayer for up to four people is a nice addition. Unfortunately the replay value is pretty low. Even with a bunch of difficulty levels it doesn’t help much.

When all is said and done, Phantom Breaker Battlegrounds Overdrive is an okay game. One that, if you have a few minutes to spare, you can easily crank out a level or two, but not one of those games that will bring you back that often. Beautiful art, animation and music can’t seem to pump up the repetitive nature of the whole package.