An awesome send-up of PlayStation-era Metal Gear starts strong but gets a little repetitive along the way.

Periodically through my time with Never Stop Sneakin’, the new Switch game from Dust: An Elysian Tail developer Humble Hearts, I would press buttons on the controller, just to see if they did anything. They didn’t, as the only input here is the analog stick or the touch screen. The simplicity is ever present and oft great, filled with fantastic stealth mechanics and engrossing gameplay. Clearly inspired by Metal Gear Solid, Never Stop Sneakin’ manages to cut out a lot of the fluff of its inspiration and focuses on immediacy and fun. Unfortunately, not all of the fluff is cut out as the length of the game is padded with a lot of repeated areas. Still, more often than not, it’s a ton of fun.

Never Stop Sneakin’ doesn’t totally do away with the convoluted plot of Metal Gear, though. You can play as one of many agents of the Department of Sneakin’, working alongside Major Milestone to take down the nefarious doings of a vile madman who time-travelled, kidnapped all the Presidents ever, and is demanding to be named President for forever or else. 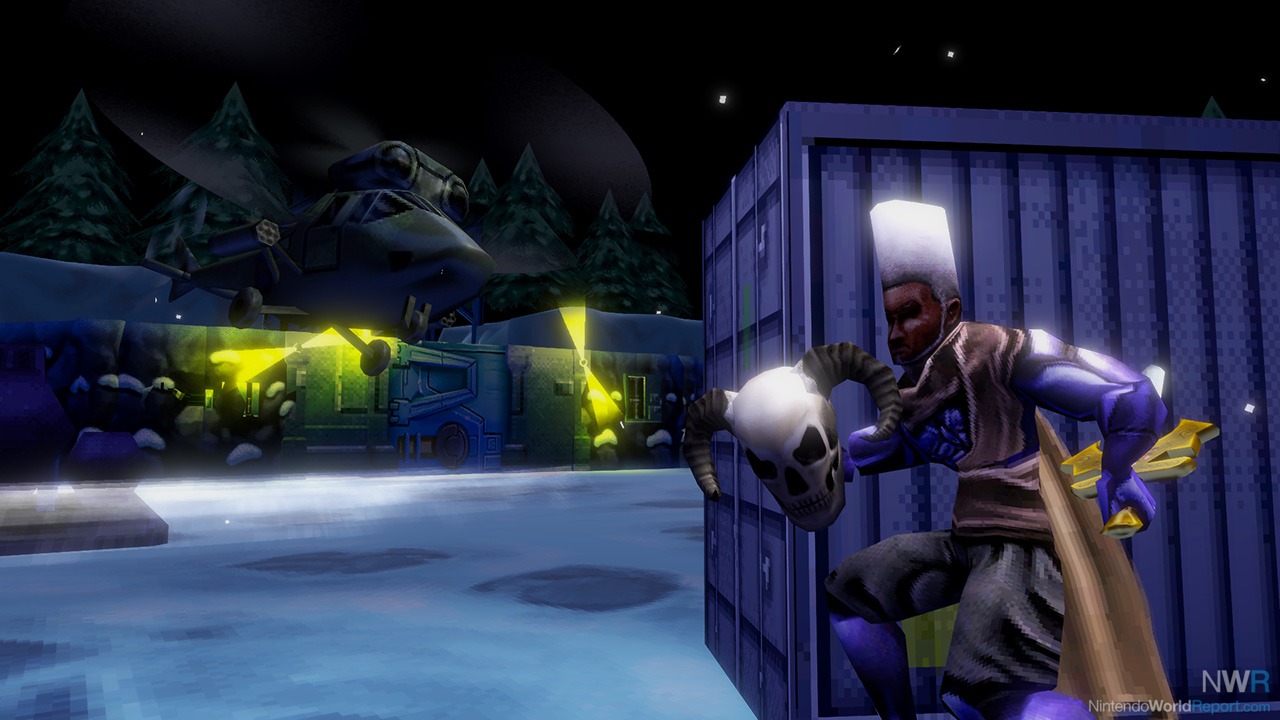 The stealth action is ingenious in how many options it gives you with only a single control input. Using the analog stick or dragging a finger on the touchscreen, you guide your hero around the map. Lead your hero behind an enemy and they automatically take them out. If you do get caught in an enemy’s view, you automatically fire a bullet or drop a smoke grenade if you have them available. If not, you take damage. Take too much and you start over. Each playthrough is made up of randomly generated maps that contain numerous enemies, supply drops, and chunks of ESP (used to upgrade your ever-evolving base). Levels are separated into floors, with a total five areas consisting of 3 floors and a boss fight.

The bosses are glorious, even if they do get repetitive. They’re not quite as intimately absurd as some of their Metal Gear counterparts, but like, you fight a giant helicopter named Vice President Helicopter. Each boss name is a goofy joke and that’s enough to carry them through the simple repetition. The best part of the bosses is that they adapt the stealth gameplay into something different yet familiar from what you’re doing in each of the levels. So while you might fight Dr. Acula a number of times, it fits in well with the rest of the game and starts to scale in difficulty later on. 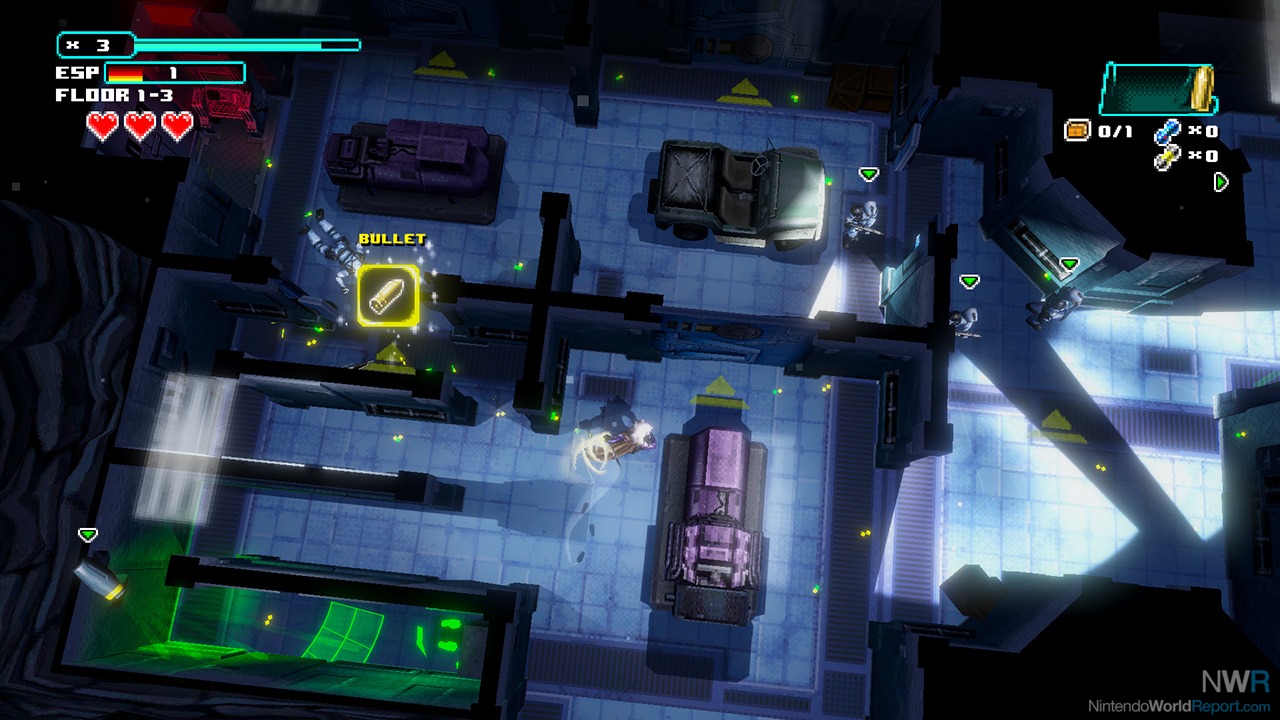 What makes this all occasionally a slog is that, as new stages are unlocked, you still have to replay the preceding stages to get there. Additionally, in order to progress, large amounts of ESP are needed to unlock new parts of your base that kick off story segments. This means, even in the face of random generation, a lot of content is repeated. Once the pervasiveness of this became apparent, the way I played changed dramatically. Instead of meticulously going over every square inch of levels and figuring out the most efficient way to slay the enemies, I started just going through the critical path, only stopping to clear out a floor if I needed a good amount of ESP for the next unlock.

This choice of forced replay and grinding makes for a longer game, but in step with the artful nature of the no-frills controls and design, Never Stop Sneakin’ probably didn’t need to be drawn out. The elegant simplicity gets worn very thin by the emphasis on repetition.

I dig so much of Never Stop Sneakin’. The aesthetic is beautifully PlayStation era. The soundtrack features absurd lyrics reminiscent of overwrought Metal Gear ballads. It distills the fun of stealth into an accessible analog stick or touch screen-controlled experience. The main drawback is that it leans too heavily on repeating similar experiences. As long as you can focus more on the critical path, it’s still a worthy game, but the charm and ingenuity start to fade when you see the same environment and setup for the nth time.