A dark story, time travel, chibi characters, and murder? Sign me up! 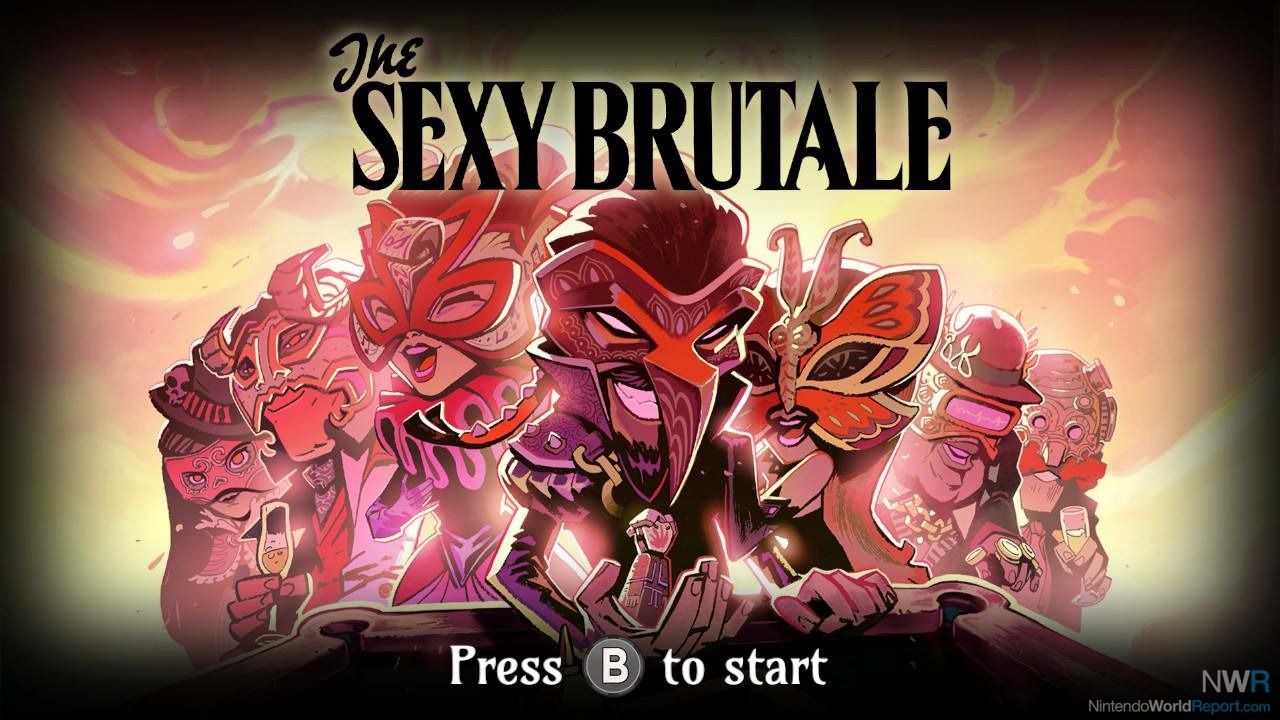 Never before have I seen so many different kinds of games in one cohesive single-player adventure. The Sexy Brutale, which came out on other platforms earlier in the year, is rife with influences from a fair amount of different games and genres. I was reminded of The Legend of Zelda: Majora’s Mask, Professor Layton, The Room, Groundhog’s Day, Mega Man, Clue, and even Doctor Who; all of those styles and then some are wrapped up into a package that is wholly its own. Making comparisons is inevitable for this game, because of the magnitude of tropes and nods to other franchises in terms of look, gameplay, and sound are numerous. But again, after playing through the roughly six or so hour adventure, I walked away feeling like The Sexy Brutale wasn’t just a hodgepodge of other game and pop culture concepts. It’s fresh and distinct. Everything just worked, making it difficult to even define the initial “hook.” In essence, The Sexy Brutale is about how you are given the task to save the lives of people in a casino-themed mansion by going back in time and observing the lead up to the murder, all while collecting things, sneaking around, and eavesdropping on conversations. The whole thing is fantastic, but some troubling technical issues weigh down its elegance.

To start, the murder-solving adventure opens with a brilliantly crafted introduction to the style and focus. The entire game works by showing repeated scenes from different perspectives. First, follow a path and witness a character’s untimely murder. After that, get whisked away back to the start of the day to try to take a different path and solve the mystery of whodunit. Rinse and repeat.

The aptly named Bloody Girl, who looks like an Inkling from Splatoon just covered in blood instead of ink, gives you a pocket watch that stays on the screen for the entire adventure. It’s constantly in motion, ticking down to the end of the day. And when midnight hits, the day starts over. Each day takes about 12 minutes, if that. As you progress, you unlock some more control over time, being able to jump ahead a few different hours and also reset the clock whenever. This becomes the core component of how the mansion is structured. Different areas of the mansion have different events taking place simultaneously, so rewinding time to start over is the only way to experience everything. A detailed, easy-to-read map gets filled in every time a new room is entered, which makes each day feel impactful and worthwhile even as content is repeated. 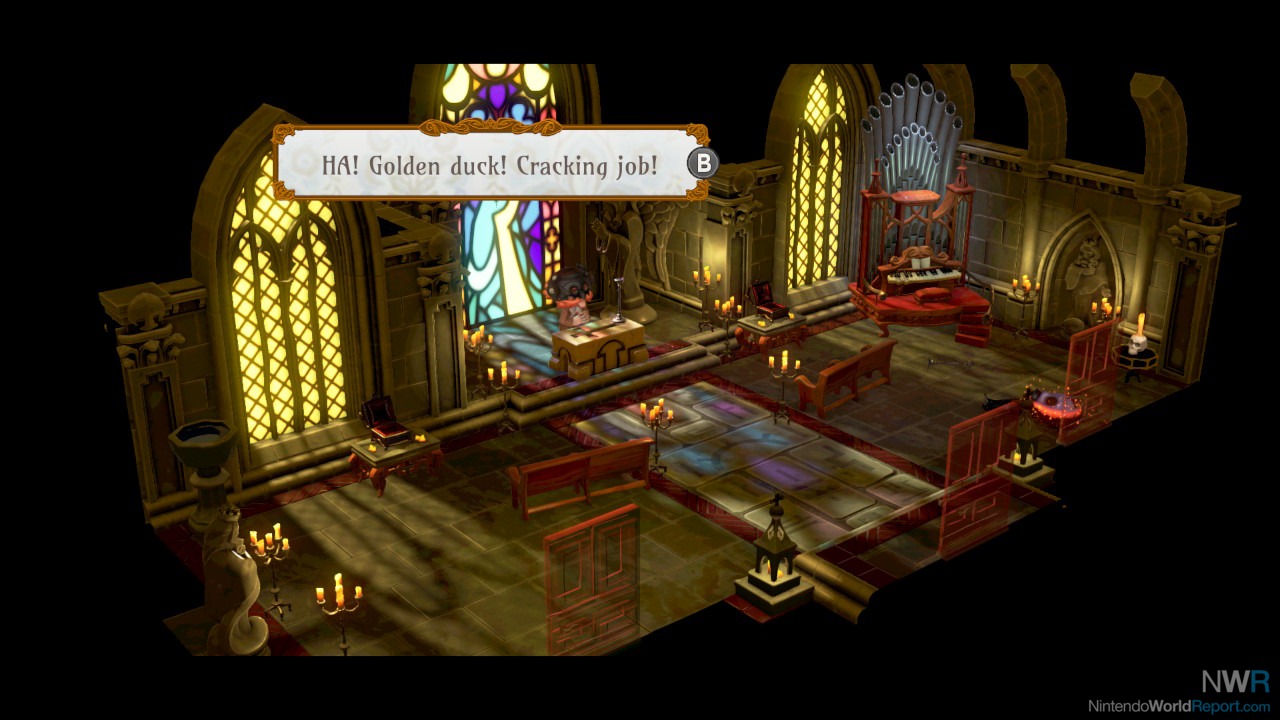 One of the coolest parts is the observation gameplay. So much of the game is based around patience and voyeurism. The idea is to follow other characters (good and bad) around in the mansion. You can’t be in the same room with them though, otherwise the mask that they are wearing will chase after you, and drain your health, which then results in the time resetting. To evade this, you can look through keyholes to see part of the room, and eavesdrop on conversations. Each character’s icon shows up in real time on the map, and stays there permanently as long as they have been observed. Underneath the map is a time slider, making it really convenient to see where everyone is in the mansion, and where they are going at different points in the day. It’s like a souped-up version of the Bomber’s Notebook from Majora’s Mask, and it is awesome. Without this feature, it would be extraordinarily frustrating to keep track of every character’s whereabouts and actions in the 12 allotted hours.

A consistent narrative plays out over the course of the game, but outside of heavy plot dumps at the beginning and end, it largely stays in the background to let the individual murders take more of the focus. The murders feel more like side stories in the grand scheme of things. I wasn’t blown away by the story in its totality though. The murder’s tales, however, are much more interesting, especially in how they play off one another. 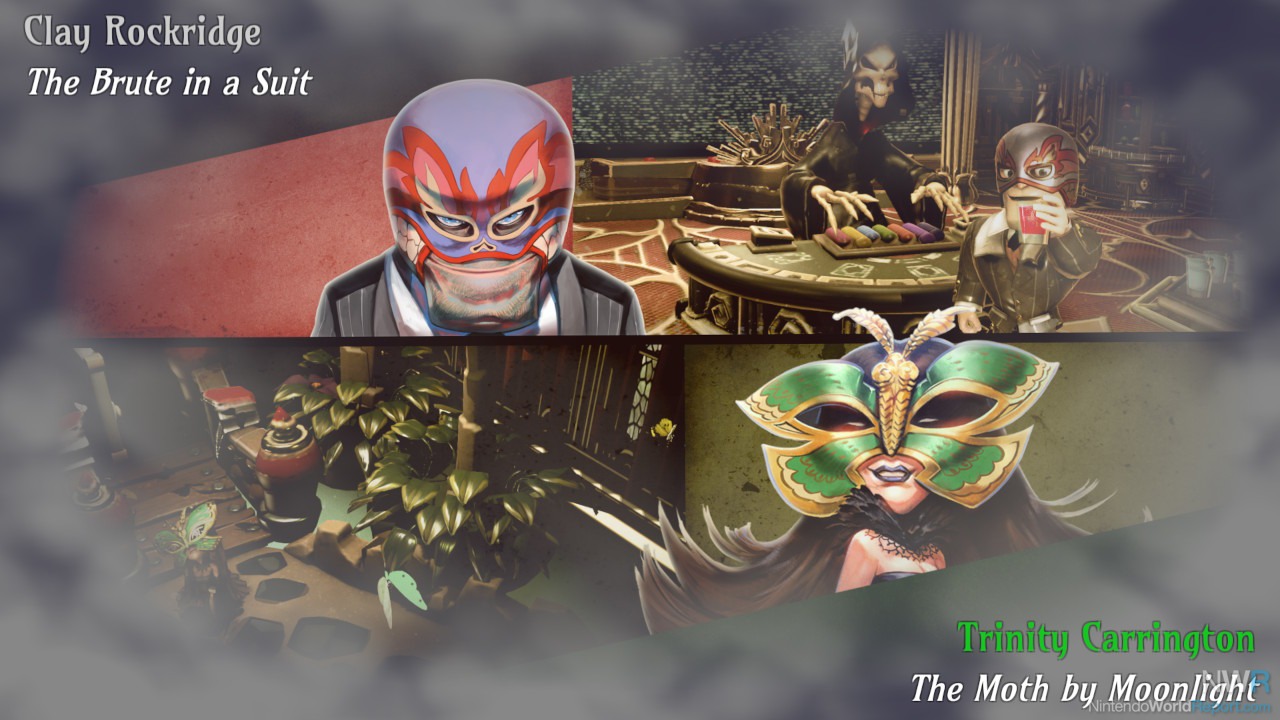 Related to all the murdering, the audio design is fantastic. Because of how closely knit this game is, all of the sounds are happening and repeating every trip through time. I eventually began to expect the random gunshot off in the distance at just before 4:00 p.m., whereas the characters on the screen would freak out. And, it was also intriguing to hear sound effects that I had not seen the cause of yet. Why was there a huge glass shattering crash just a moment ago? I love how intriguing this game made me feel. Some noises were almost mandatory to hear, because they would cue the player to investigate a room based on playing a small “klink” when something important, small and metallic bounced off the ground. And the sound effects aside, the music is really jaunty. The upbeat tracks in the casino, the dramatic theater singing, and even the intense anticipation that was timed towards when someone was about to meet a grim end were engaging and great.

Long story short, this was a really immersive experience for me. Graphically, it has a distinct chibi-style look. I’m not one for chibi art, but the character models here are all very appealing. I’d call it a blend of colorful, edgy chibi. It is a murder mystery experience after all, so expect some flashy masks and gothic attire. 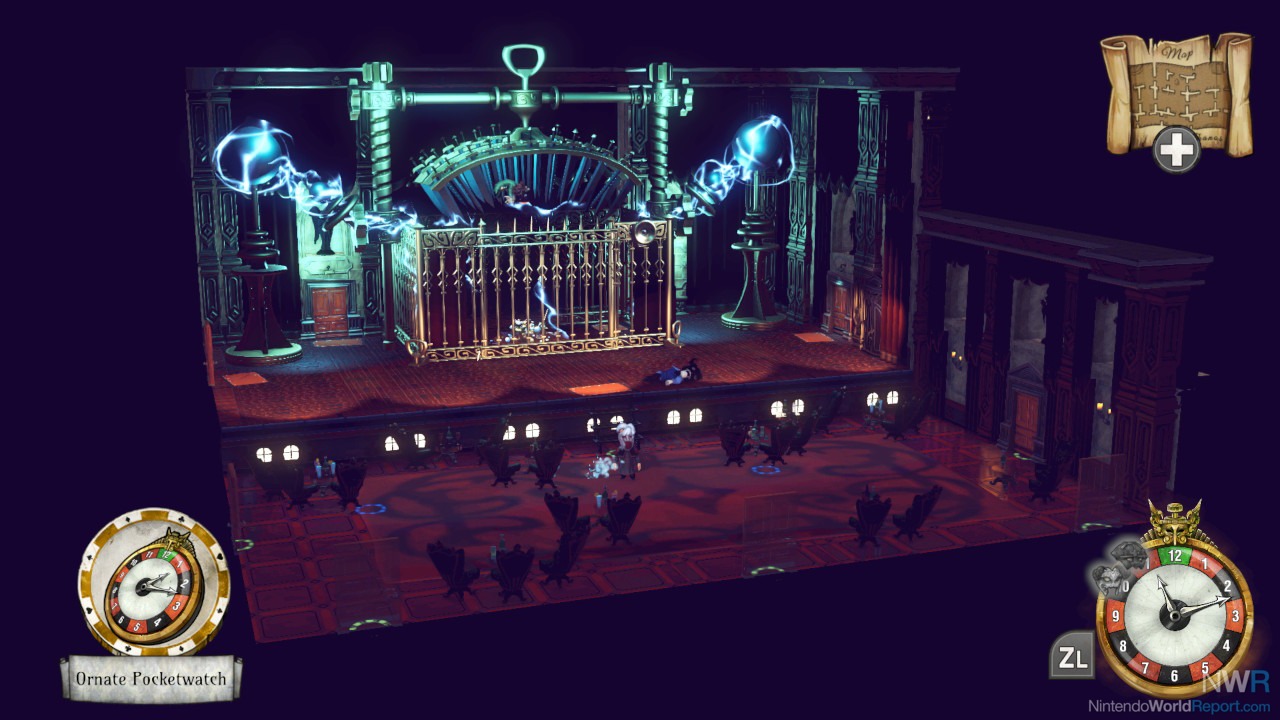 Now the downside to the visuals is that I have seen better versions of it running on different hardware. Despite the short adventure I had, this title really chugs on the Switch. Frame rates dropped every time I walked into a different room, interacted with an object, or a special effect showed up. Some of the rooms are larger, more detailed, and came across as rooms meant to bridge the loading times to other areas of the mansion. But the load times were rough, often cracking 35-50 seconds. While so much of The Sexy Brutale is immersive and engaging, the load times regularly tore me out of my immersion. It didn’t matter if I had my Switch docked or in handheld mode, my experience was inconsistent and fairly choppy. Because of that, it really is hard to recommend this experience, which is disappointing. Everything felt catered to me, the atmosphere, the puzzles, the story and characters; it’s all stuff I really like. But the technicalities here show that this one could be better enjoyed on a console that has a better version of it. 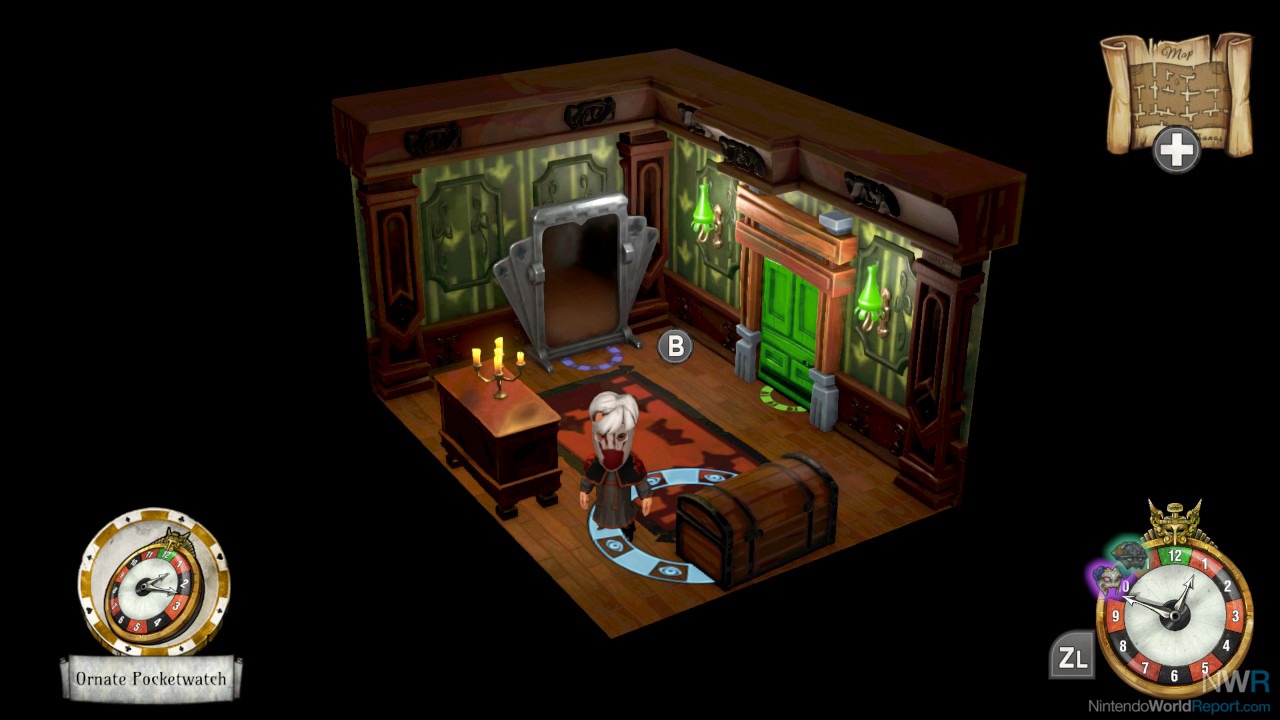 Despite that, I did really like my time solving the murders. They weren’t that hard in the long run, and there were just enough for me to feel like I had my fill of the experience. It has enough content, complete with a variety of collectibles, for an experience like this to be satisfying.

If you can put up with the choppy frame rates and lengthy load times, The Sexy Brutale is a fun, worthwhile experience. The highs are high, but then the game chugs or hitches during a long load. Those ups and downs are present from beginning to end. No matter what though, I definitely recommend this game as something to be tried, just maybe not this particular version.