What happens when you throw Lego, Minecraft and Dragon Quest into a blender? 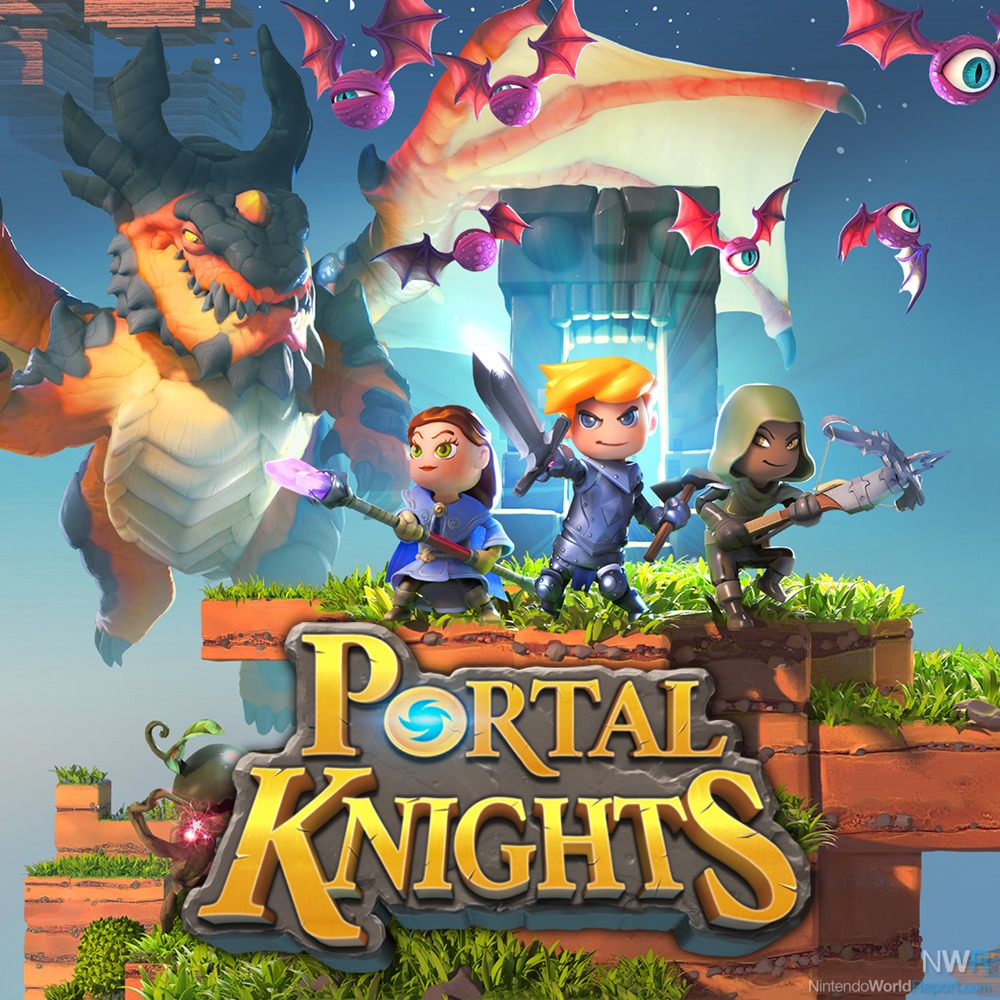 Portal Knights is a nice, light hearted and fun way to break into the sandbox style of gaming. Taking inspiration from the likes of Minecraft and Dragon Quest, the developers at Keen Games have made it easy to get accustomed to the world of crafting and building. This game is absolutely perfect on the Nintendo Switch. Being able to take it anywhere and having the touch screen helps tremendously with menu switching.

As you boot up the game, the first thing to do is to create your character. The options are not as robust as say an Elder Scrolls game, but it gets the job done. There are three character classes you can play as: Warrior, Mage and Ranger, each of course has its advantages and disadvantages. My character that I started with was a Ranger, which allows you to play more on the defensive side by being further away from enemies with your main weapon being a bow. 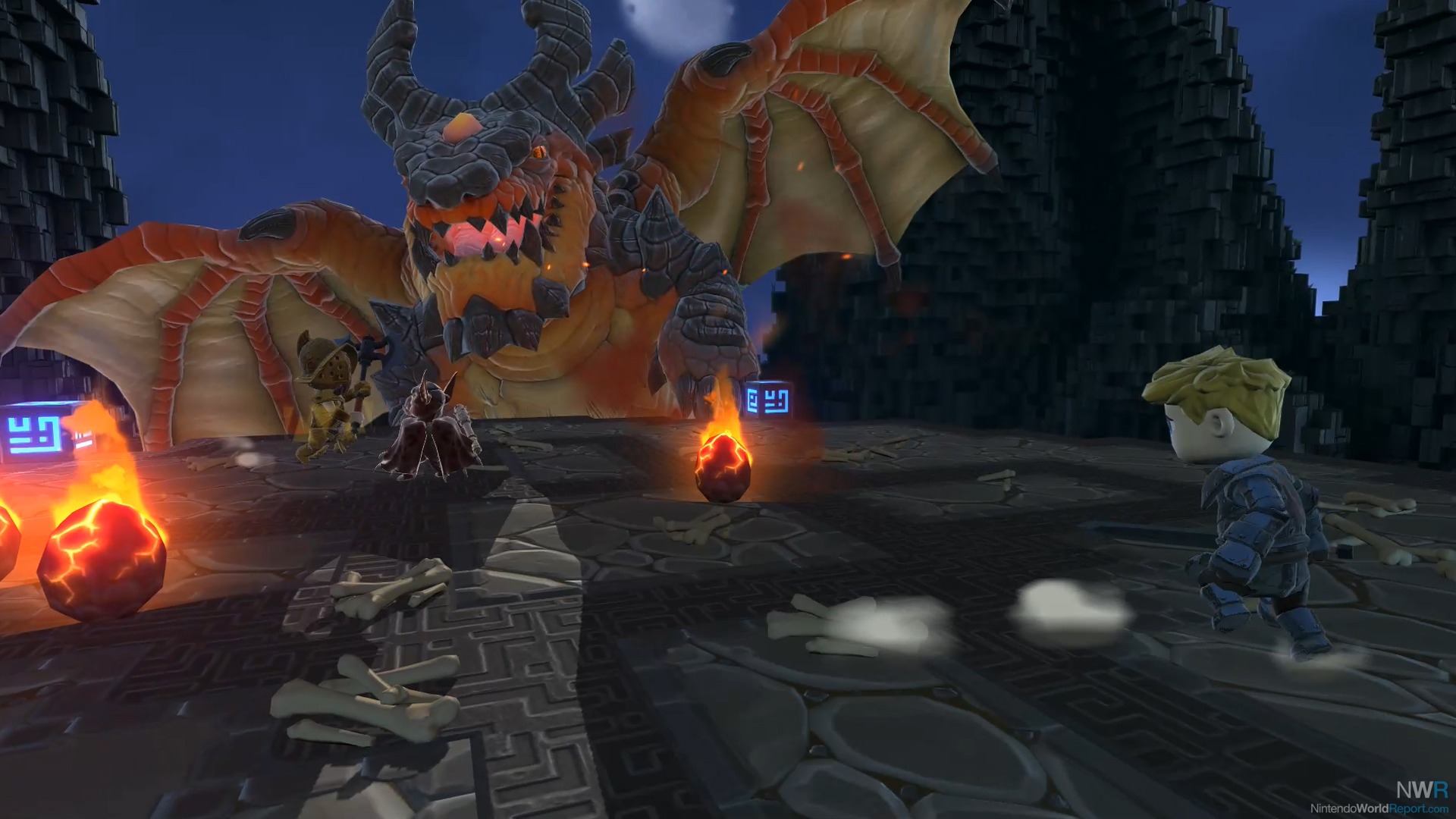 Once you’re character has been decided upon it’s time to be dropped into your starting world, which along with all the other worlds that you visit are randomly generated. Even though the worlds seem to have different landscapes, they tend to stick to a few different themes: a wooded area, a desert area, and an oasis type area. Each world you visit is unique in its own way, with having different enemies and resources to salvage.

The start of the game tasks you with doing some simple quests to get you acquainted with the controls and concepts of the game. The one snag that I found on this is that while helpful, it does not go into much detail on some advanced crafting. There are certain items you can craft out in the world, such as healing items and portal blocks but some important items can’t be crafted without a workbench. This is fine; however there are other types of items that you can create that are similar to the workbench that you need to make before creating other items. I didn’t realize I could create a furnace, for example, which will allow me to create metal bars, which are needed to craft better armor pieces. Case in point, you need to craft items to be able to craft items so that you can craft better items. Seems a little confusing and at first it was overwhelming. 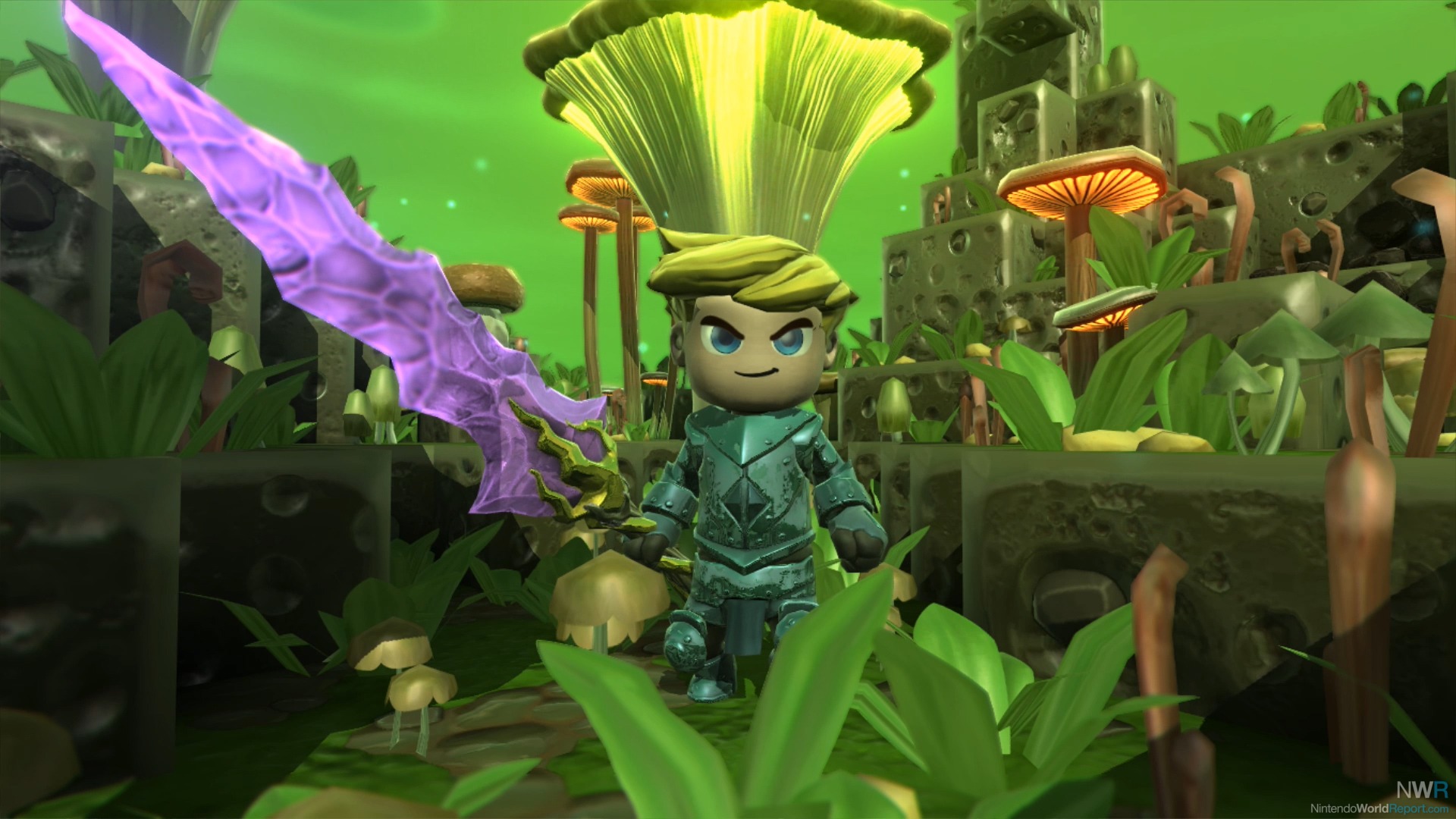 Combat is simple and fluid. You can lock onto an enemy and fire away. As you are locked on you have a dodge that you can perform so that you escape attacks. As enemies are defeated, materials and money as well as experience are presented. You level up in typical RPG fashion and as you do, points are awarded that can be used to bump up your stats. It could be a bit too simple, however with the crafting and building being a bigger part of the game I was okay with it.

The main objective is to go explore each world and as you do you can collect portal shards which you can craft into portal blocks. These blocks are your key to the next world. There can be a few different portal stations in each world which will take you to different paths on the world map. One great thing about this game is that you can warp to any world you have been to at any time. This comes in handy when you are on the hunt for specific items.

A nice little detail that the developers put in is that before going to a world, you can see what types of enemies are there as well as the resources that are most abundant. This makes finding what you are looking for very easy. Another snag that I noticed about crafting, however, is that since there are so many items, your inventory fills up very quickly and you are always managing your stock. I found myself in a few instances where I was on a quest and needed to get an item, but did not have any space left, so you either have to drop what you have or find a shop to sell off some stuff.

This entire game can be played in either two player local co-op or four player online co-op. I was thrilled to see that they had both. Once you are online you can jump right into a friend’s world and start exploring together.

There are hours of content in this game and it could be a while before I put this down. From the ease of combat, to the colorful worlds, all the way down to the gameplay loop of finding new portals, it’s no wonder that you can see a whole day go by without even knowing it.