A dark and messy Point-and-Click Adventure

The adventure in the twisted Alice in Wonderland inspired world presented by Violett, was not quite my cup of tea. The point-and-click journey through the puzzles felt both frustrating, and intriguing, but the interesting visuals, music, and scenery weren’t enough to keep my attention. I spent several hours, and a lot of willpower to get through just the first 3 levels but after too much headache, I jumped ship. That’s not to say this title is a dud, because it certainly is not. It falls into a very particular niche genre, taking items and using them on everything that can be interacted with in a scene. I recall having enjoyed these kind of experiences as a kid, but that is definitely not something I can handle now. 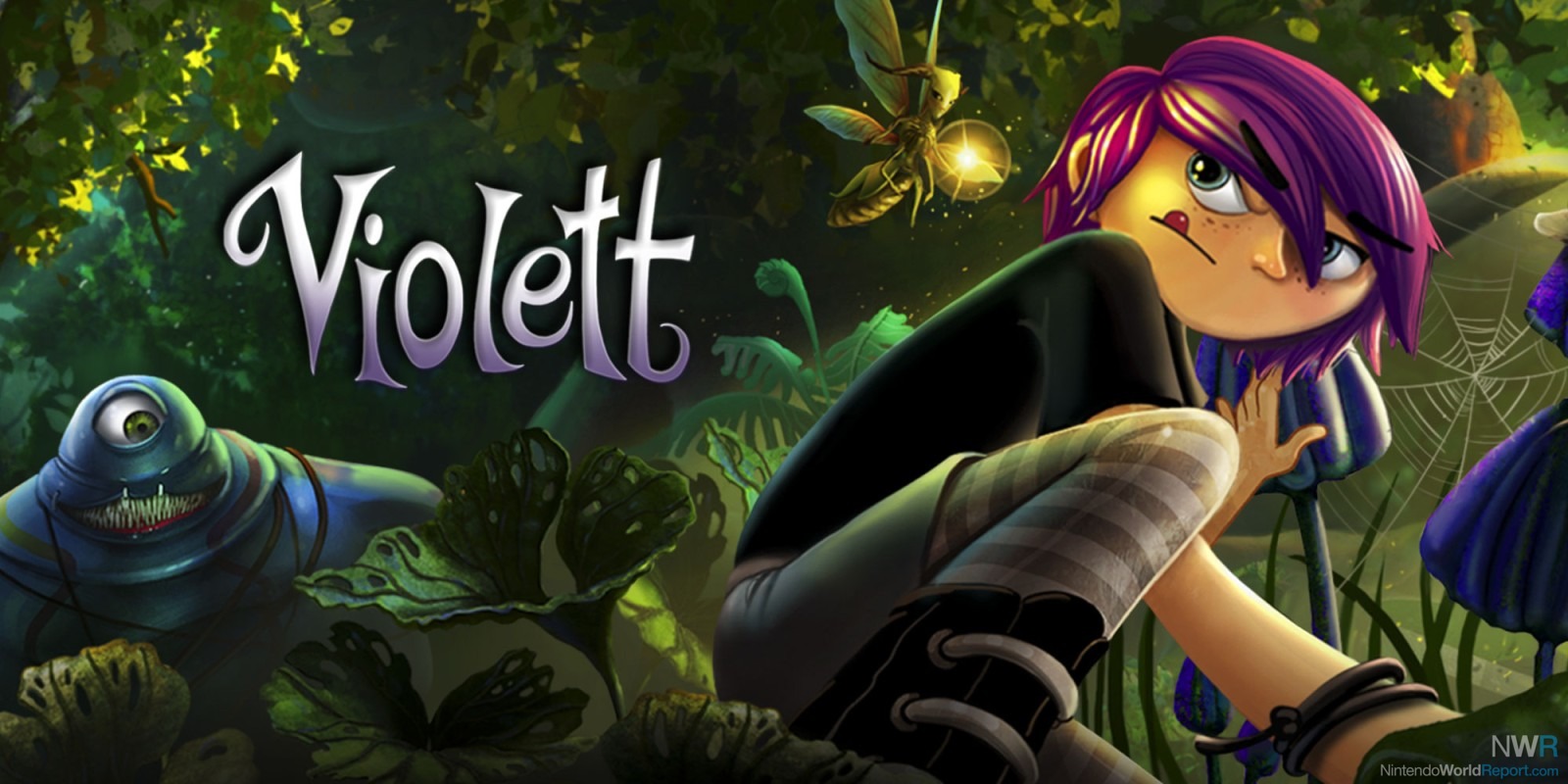 Violett tells the simple story of a girl (named Violett) moving to a new home with her parents, and coming across an amulet that transports her to a whimsical world based on our own. The world is filled with giant caterpillars, fairies, buttons, books, and other gnarly creatures roaming around the landscape. It can be best described as a Tim Burton dream, a mix of elements from all his famous movies that visually, result in a beautiful mosaic. Every level is detailed and fits the style of the world. Some cartoon-y elements are mixed in with much darker ones to create a nice contrast. For example, one early level has a giant caterpillar chilling in the middle of the room, with giant spiders swarming around it. The caterpillar, Violett herself, and the spiders are all 3D models, but the world around them is hand painted and dark, in a surrealist fashion. The cut scenes are also nicely painted works, though not quite as stellar in the animation department. They’re more of still images being transformed through a scene. In retrospect, I believe one of the strongest parts of this game is how the 3D elements blend with the 2D, visually. The 3D renderings could look out of place, but are stylized in a way that seem to work well. One of the hub areas appears to be an illusion painting of stairs and doors connected to each other but not appearing so. Violett walks through them and becomes smaller as she is farther back in the painting, but is still a 3D rendering. And with a world as coy as this one, the music is an easy fix. Tracks that sound like they were composed by Danny Elfman hang over the world nicely. There was not a point where I wanted to play without headphones because the sounds were too interesting to pass up.

But I could not figure out this game, even from the very first interaction the game asks of the player. In Mario, you run rinto a Goomba and die, and then know you have to jump over it. In Violett, the same logic based learning doesn’t exist. From the beginning Violett is placed in a cage with no indicators on how to escape. If you just start poking the screen trying to interact with the environment, Violett will just grunt, shake her head, and begin the never-ending wedge of disapproval that she coasts on throughout the rest of the game. There is a hint system, but frankly, I did not find it to be helpful. Sometimes, it was fairly obvious what to do, pull a lever to activate something, or turn all of the switches on to see all of the lights. Other times, the hints were trying to tell me to interact with a number of different items in a timed sequence. And the hints disappear fairly quickly after using them. They can be replayed, but in a puzzle game like this one, I often have to dwell on what abstract drawing is presented before I have that eureka moment. Having to constantly focus on memorizing an image before it disappears and then replay it was a distraction big enough to break that puzzle-solving process. 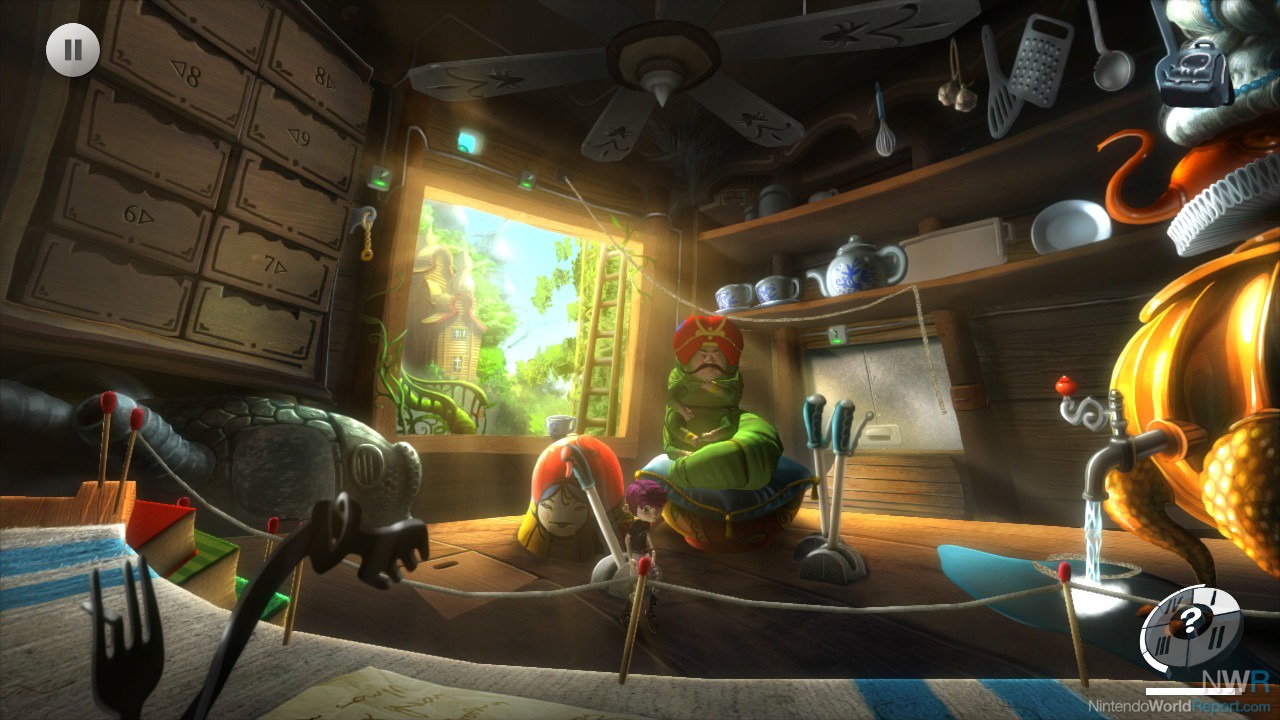 Thankfully though, this game auto saves, so I didn’t have to worry about losing progress in any of the puzzles. You’re actually able to (and in some puzzles asked to), solve part of a puzzle, leave, and solve another puzzle level, and then return to the previous puzzle. But this game likes to save. It auto saved in strange locations, but regularly every 45 seconds to 3 minutes. This wouldn’t be much of an element to talk about if it didn’t freeze the entire game every time it auto saved. That wonderful music I mentioned, gets sharply cut off every so often so you know the game is saving. And there’s nothing to do during that save sequence, just sit and watch the sad, cold eyes of Violett stare at you, wondering why you were both there. I jest, but honestly this was one of the biggest reasons I had a terrible time keeping my attention towards Violett.

There are lots of different items and what I guess are collectibles to be found in hidden areas. But I did not understand the incentive to finding them, nor did I see a way to figure out if I had missed any in a given location. Every level presents various items to be found and used in the puzzles, and also these small, colored spheres that can be collected. There was a “Diaries” option in the main menu, so I assumed they could be used to interact with that in some fashion. But there really is not a huge narrative here, nor one that is original. Girl moves to new house, finds a secret world, and has to escape from the bad things inside of it. Step aside Coraline, Alice, and Dorothy, Tim has a new but much more boring lead character. If I had to guess, the diaries showcase her memories from before she moved, explaining why she sees certain levels as she does, or they log the creatures she encounters. In the end though, I am not compelled in the slightest to find out. I found that finding these items was a hassle because while the environments were quite pretty to look at, the details were tricky to make out and it was difficult to comprehend that they could be interacted with in handheld mode. 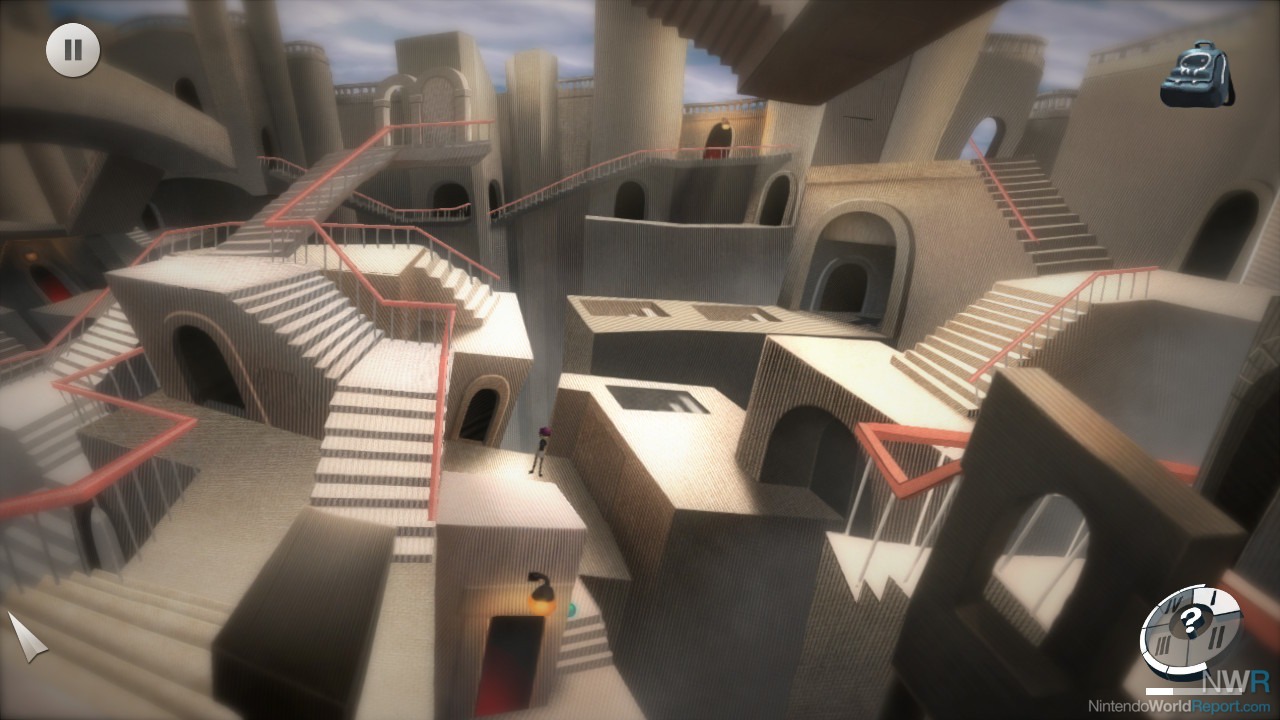 I wanted to like Violett, but it just required more patience than I was willing to give. . The opening hooked me, and knowing going in that this was a point-and-click adventure on Switch felt like it would be a good idea. But all of these problems really hurt my experience, which is a major bummer. Violett recommends being played portably because it relies on the touch screen (which I can’t bare to use…it’s like putting on a contact lens without washing your hands). But you can use the control sticks and buttons while in handheld or docked. It doesn’t feel great though, because the cursor isn’t just slow to move across the screen, but also slow to just shift icons from an arrow to the “yeah, you can interact with this” icon. If you want to spend a few hours pulling out your hair and testing the level of patience you have for puzzle games, be my guest and pick this one up.