Like Paul Rudd, this game just never seems to age. 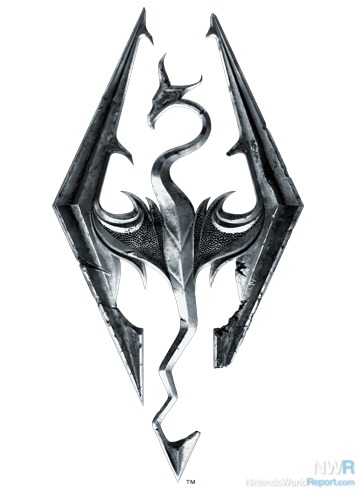 I still remember my first time playing a Bethesda-developed game back in 2009. Fallout 3 was a masterpiece and it made me feel like a kid again, so much so that I still remember calling in sick for work because I just couldn’t put it down. Thanks to the Switch, I no longer have a need to call in sick now that I can bring my Bethesda games with me wherever I go. That reality has been a revelation with the Switch port of Skyrim, which might be my favorite Bethesda game so far. I’ve owned three different versions over the past six years, but the portability of the Switch makes this latest release the definitive version to own. 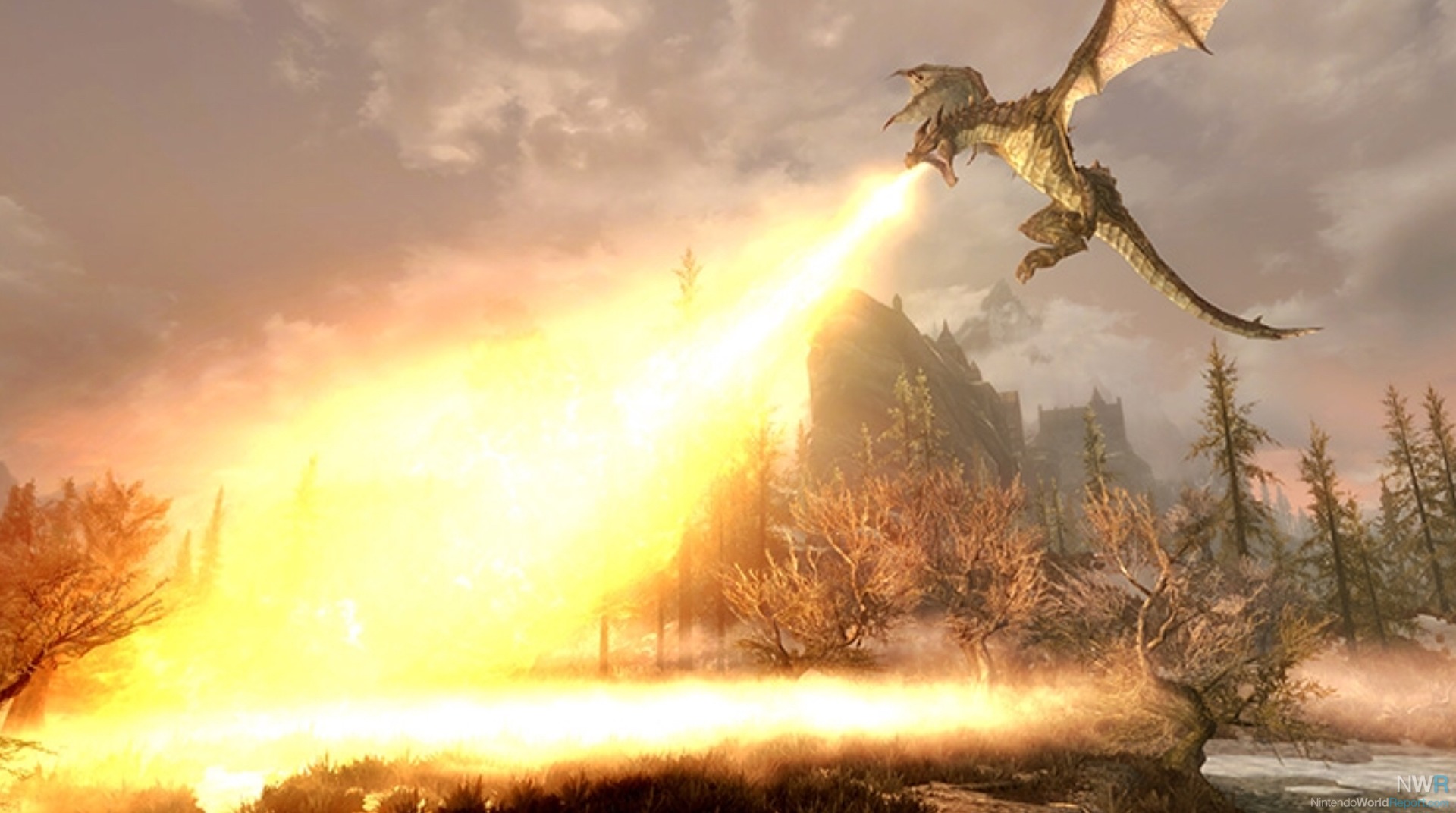 That’s mostly in part to the fact that Skyrim on Switch plays exactly how you remember it on the other consoles. The province is as big and beautiful as it once was, with nary a frame drop or resolution compromise. Even loading times, which have been a common problem with ports, seem faster on the Switch. I’ve put in over 20 hours already, completing all numbers of quests and storylines and checking out the major cities in the world of Skyrim. The controls feel fluid and smooth, with the exception of one key change. By default, the menu open button is B and jump is X, which was counterintuitive to me so I flipped them. It feels much more natural to use B to jump. The screen on the Switch has been a joy to play on and I’ve spent about 80% of my time on handheld with the remaining 20% on a 4K TV with the Pro Controller. The one benefit in docked mode is that you can change the brightness and contrast options on your TV when you're taking a deep dive into a particularly dark cave. 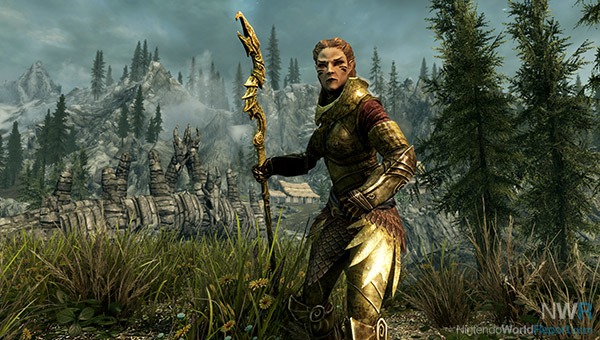 If you’re new to the world of Elder Scrolls, here’s a quick rundown of Skyrim’s setup. Skyrim is a province on the continent of Tamriel, currently at war between the insurgent Stormcloaks and the controlling Empire. The main protagonist, created from multiple classes depending on your play style, enters the story at a pivotal point in the war. Ulfric, the leader of the Stormcloaks, has been captured by the Empire and set to be executed. The protagonist just happens to be among Ulfric and other prisoners being led to their deaths, but it's made clear they have not been part of the war so far. Just when it looks like the war is about to end with the execution of Ulfric, a dragon lays waste to the village, allowing the prisoners to escape and the war to continue. The rest of the story continues with revelations about dragons and their threat to the world.

The main quest veers into cliché, but the glorious meat of Bethesda titles lies in the vast open world available to explore. Hundreds of other stories and quests are sprinkled throughout for you to discover. If you’re not interested in the provincial politics of Skyrim, then you could focus on any number of local issues in each of the main cities. Every corner of Skyrim has something that can be done, whether it’s pillaging caves and ruins, searching out bounties on outlaws, or my personal favorite, joining a guild like the Dark Brotherhood and becoming an assassin for hire. 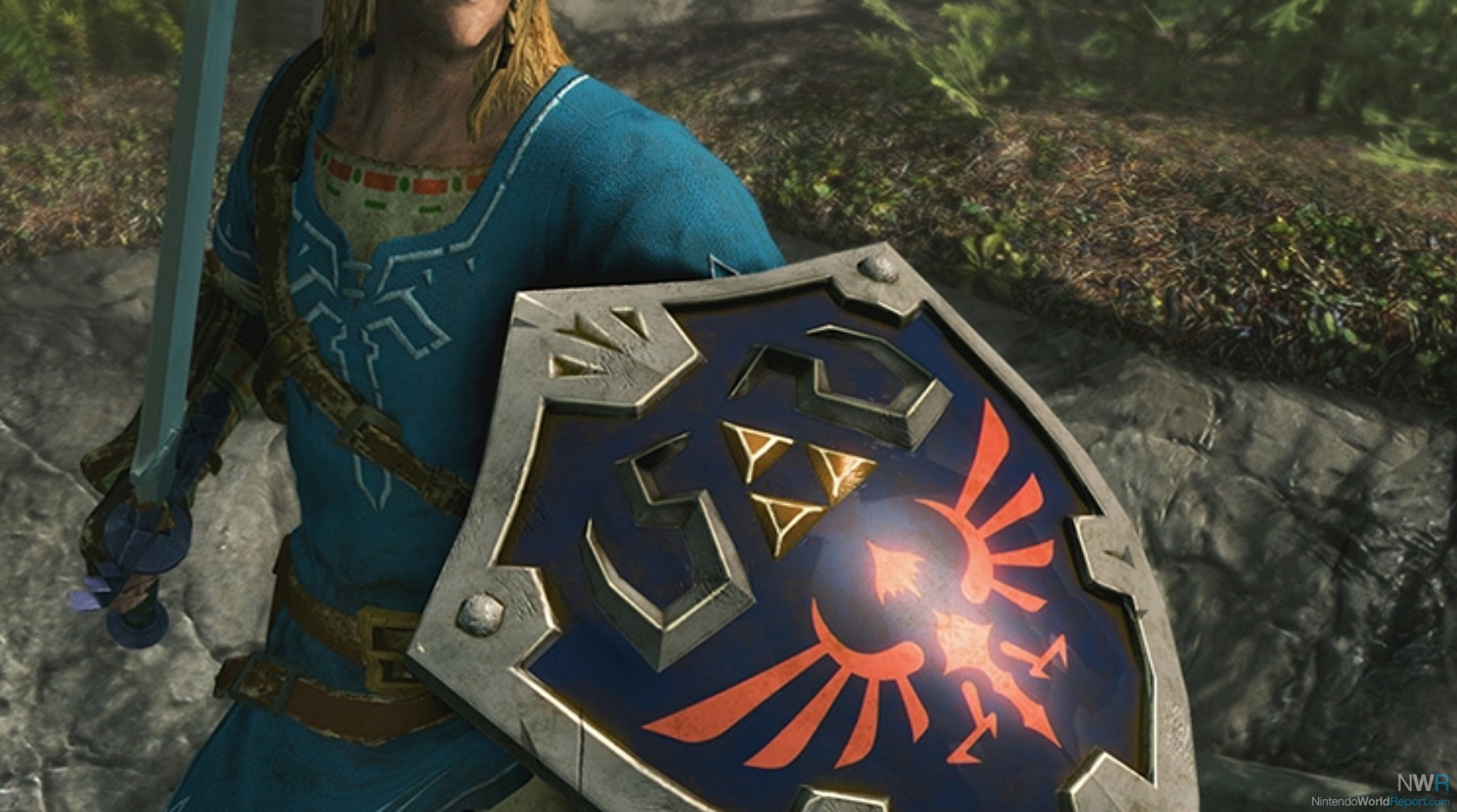 The Nintendo-exclusive content can be best described as quaint. I have to admit it’s pretty fun to be able to dress my character up as Link using the Champion’s Tunic and bash in Draugr with the Master Sword and Hylian Shield. I was slightly disappointed that the equipment has rather ordinary stats, a requirement though as the equipment can be obtained at the beginning of the game using Amiibo. Although the items can be found in the game without Amiibo if that’s your preference. The only issue I have is with the location of the chest; it’s located in an area that can only be accessed past the midpoint of the game. By that time, the items will likely feel very underpowered compared with the equipment available then. The other content exclusive to Switch are the motion controls. Whether in handheld or docked mode, you can detach the Joy-Con and use your own motion to control the character. Using gestures, you can hack and slash your way through enemies, or even cock and aim your bow to release a volley of arrows. The lock-picking mechanics are make neat use of HD Rumble as well. They felt precise and matched my own gestures whether it was a vertical or horizontal slash, but I just don’t enjoy using the Joy-Con detached, so I didn’t use them all that much. 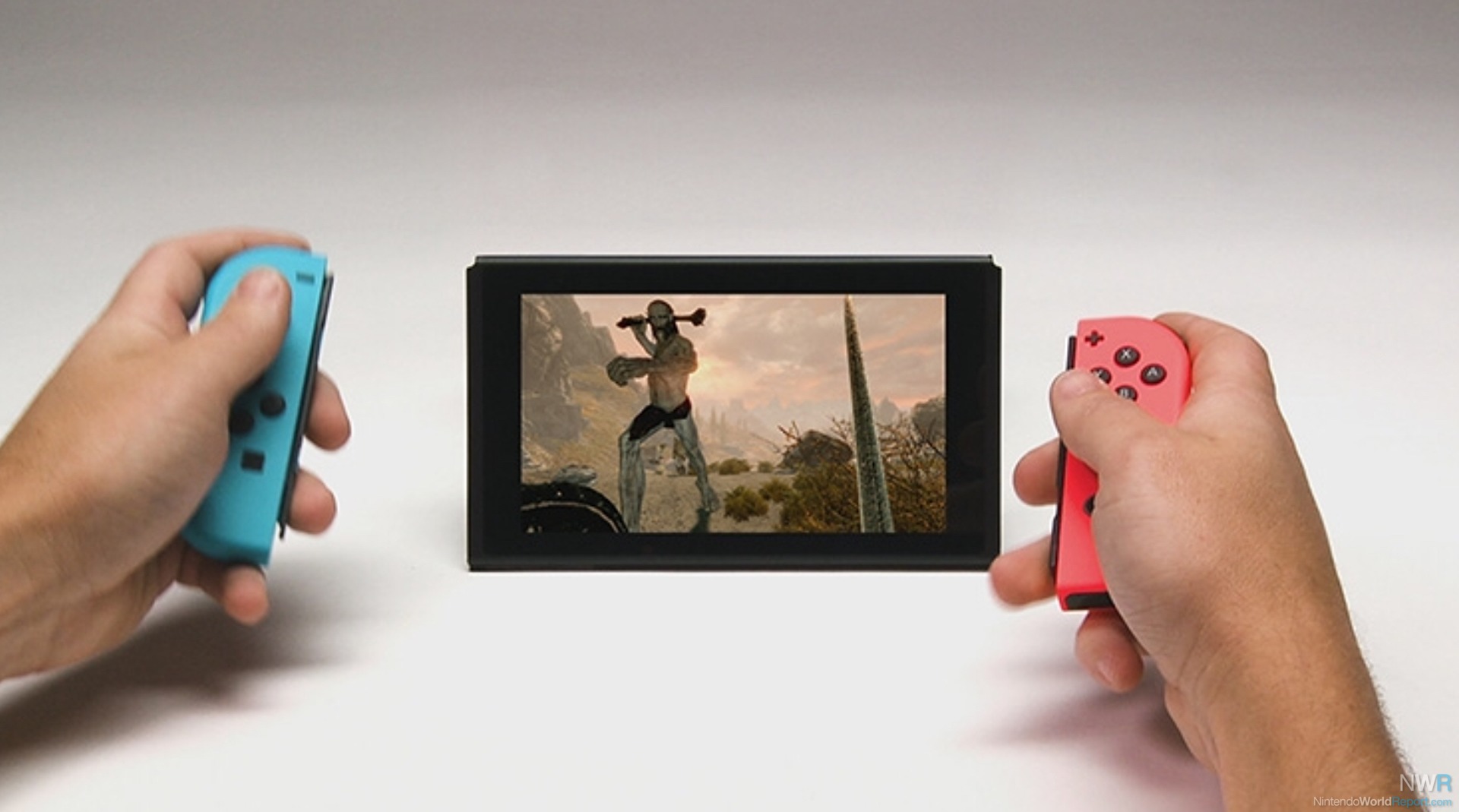 On top of the exclusive content, Skyrim also comes with all three DLC expansions: Dawnguard, Hearthfire, and Dragonborn. Each one is baked into the main game, so their inclusion just makes them another aspect of the already beefy game. Dawnguard adds a vampire lord to the province of Skyrim, bringing with him a thrall of vampires that need to be dealt with. The Dragonborn DLC actually takes you out of Skyrim to the island of Solstheim to have an encounter with the original Dragonborn: Miraak. One of my own observations from the original Skyrim was just how pedestrian the homes that were available to the Dragonborn. Bethesda’s answer is the Hearthfire DLC, which adds the option of purchasing land and building your own mansion in the Skyrim countryside.

The most important feature, though, is the portability added with the Switch version. Skyrim is less a game and more a portal to a whole other dimension begging you to unlock all of its stories and experiences. The more you explore and discover, the more you appreciate just how incredibly grand the game is. Any additional time you can spend sneaking in dungeon crawls while at work, carrying out Dark Brotherhood assassinations at family dinners, and crafting new equipment when you probably should be sleeping is the best addition to enhance the experience. I’m overjoyed that Bethesda has been able to bring Skyrim to the Switch without any compromises to the quality of the original game. After playing Skyrim on PlayStation 3, Xbox 360, and Xbox One, I can easily say that the Switch provides the best experience possible. Bethesda is more than welcome to bring all their games over to Switch now, especially if each game is brought over with the same winning effort of Skyrim.

I played this on PC back in 2011 when it came out. I thought it was pretty good, but I thought Oblivion was better overall. I havent touched Skyrim since 2012, so enough time has passed that Im happy to buy it again on Switch.

I played a demo of it at PAX a few weeks ago and was very impressed with it. It ran much better than I thought it would.

I just wish it had a God Mode option like the PC version. I will be putting it on Easy mode for sure.

I had it for Xbox 360, then got the remastered edition for Xbox one. Traded both in after finding out it was coming to Switch. I’m glad the port was done so well.