Dragon Ball Xenoverse 2 is a real treat for a lapsed Dragon Ball fan.

Dragon Ball Xenoverse 2 follows a custom character preserving history by fighting in altered versions of the biggest fights from Dragon Ball Z. The story sounds stupid, but it’s so awesome.

My custom character was modeled after my roommate/best friend/Dragon Ball Z sherpa Austin, a real life anime character. Our other roommates giggled at the resemblance. The character creator is robust, featuring five alien races each with unique abilities. 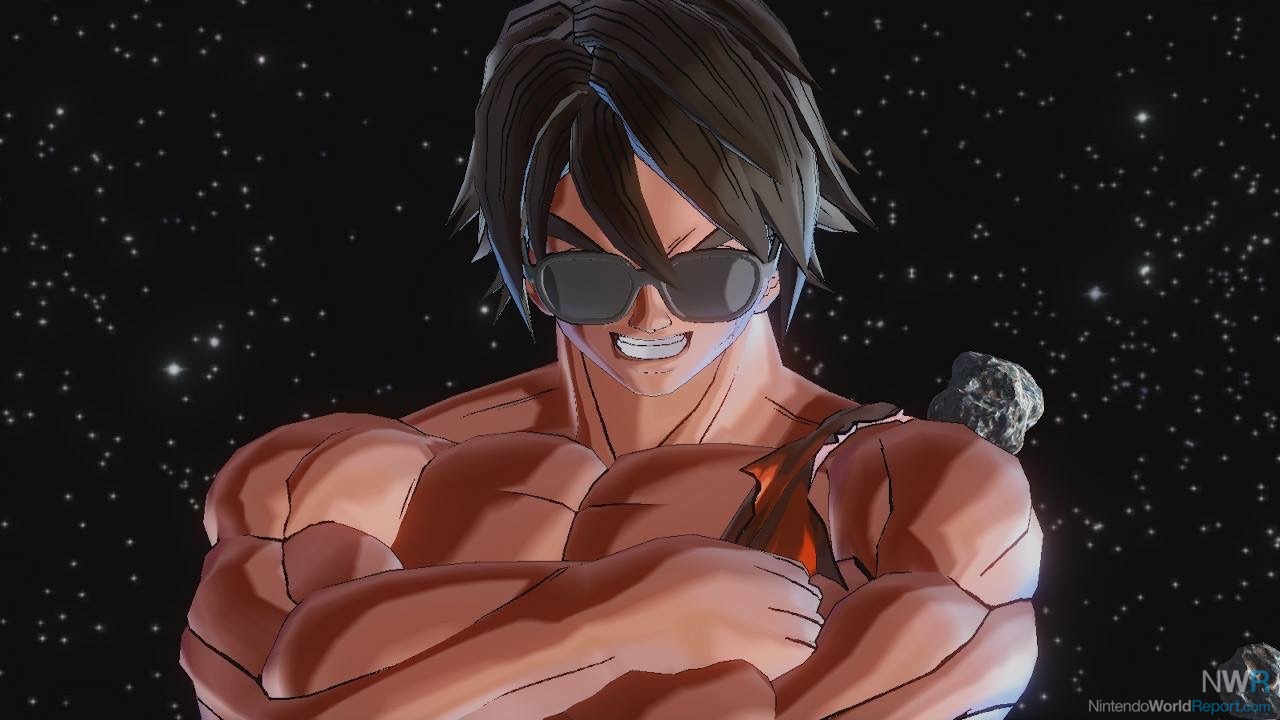 The player works as a time patroller alongside Vegeta’s son, Trunks. The two try to stop mysterious demons who keep throwing movie villains into pivotal fights. The main quests stretch from Raditz’s landing at the beginning of Dragon Ball Z to Frieza’s return in the new Dragon Ball Super. I never saw the second half of the original series (let alone the movies), but Austin seemed to recognize everyone on the roster. The story is almost interesting at times but leans heavily on the established arcs.

Combat gets pretty complicated. Weak and strong attacks build up a special meter. A stamina meter builds while not attacking and depletes with quick movement and dodges. Combos send enemies barreling across the stage. Also, you’re flying. I had trouble going in blind, but a deep series of training missions taught me how to juggle opponents and dodge attacks. The 3D movement hid enemies offscreen at times, and AI allies would occasionally knock enemies out of my combos, but the hectic nature of it all is a huge step up from the plodding battles of the anime. 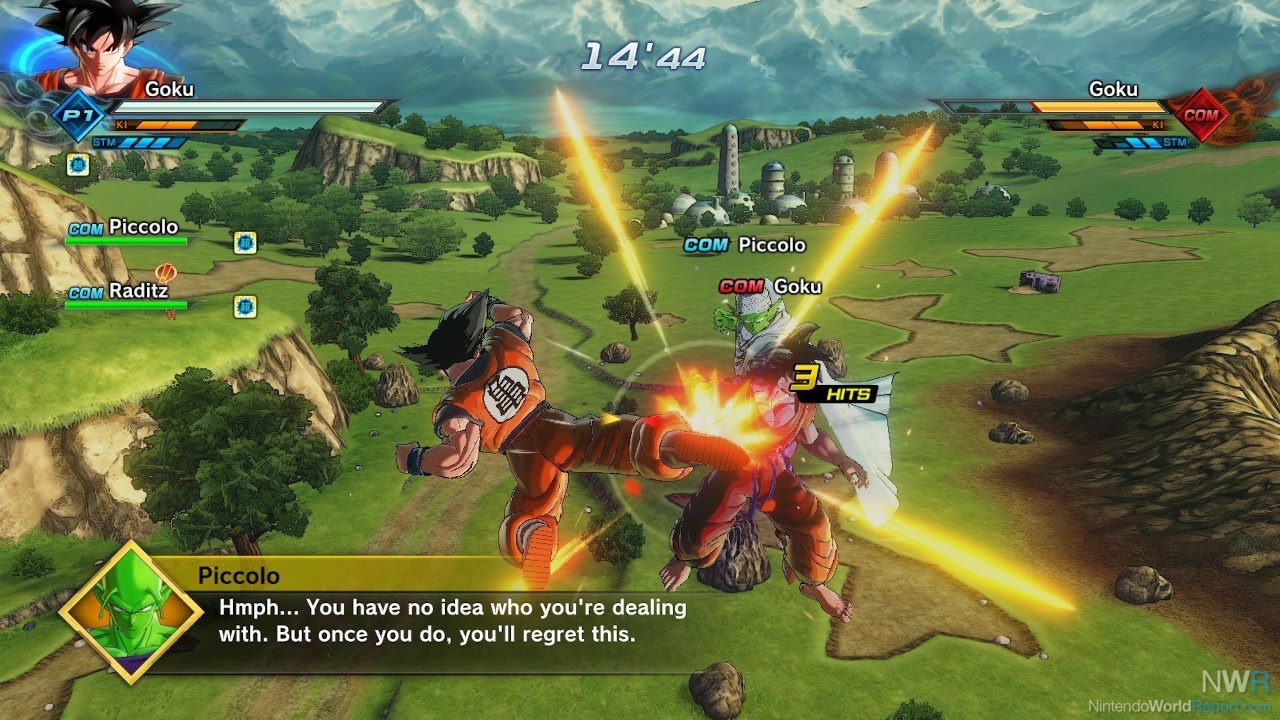 I had a lot of trouble landing special attacks; my Kamehamehas missed unless fired at a very specific point in a very specific combo. I had a good feel for it by the end of the campaign, but seeing so many cool moves wasted throughout my playtime was a bummer. Most of my specials came from training sessions where main characters taught you how to execute their signature moves. A shop also sells moves but doesn’t have a test room. I’d been disappointed by so many specials that I didn’t want to gamble on moves from the shop.

Conton City houses shops and links online battles, sidequest mini-worlds and raid battles. Online players run through the city and famous NPC’s stand around waiting to train you. The city’s pretty big, but nothing’s really there. Players can’t fly until they progress through the story, making learning the layout a bit of a slog. A giant dragon hangs out in the skybox, though, and that’s pretty cool. The theme music changes throughout the story and I only disliked one song. 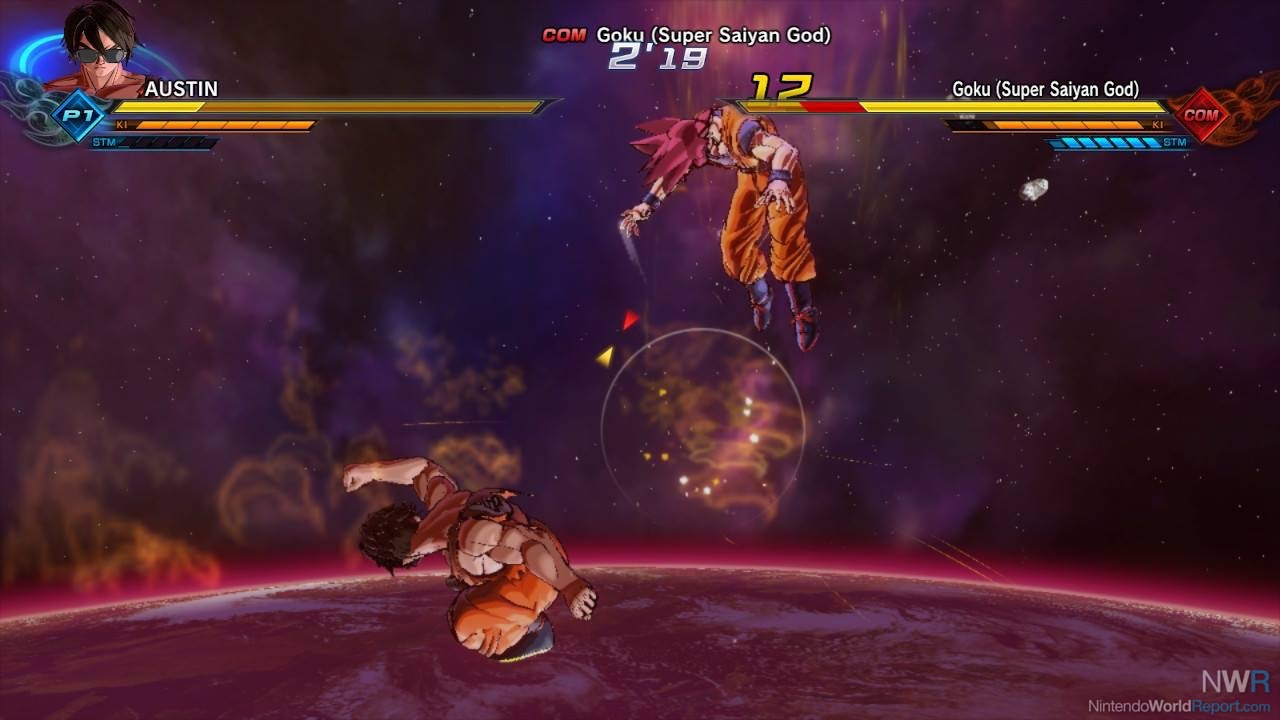 I had a great time playing offline, but online is a huge part of Xenoverse. I had some long waits in lobbies to find quest and battle partners, but things went smoothly once started. Players can unlock and complete 100 “Parallel Missions” (some directly from the story mode), take on ultra-powered villains in raids or just battle each other. Fortunately, every mode can be completed with AI allies and over the Switch’s local wireless. I got absolutely destroyed in PvP by a Super Saiyan God and had trouble filling slots for six-fighter raids, so I might need to keep an eye out for friends who own the game. Single-Switch multiplayer is limited to PvP battles.

Quest rewards feature a staggering number of costumes, items and special attacks from the series’ long history. I even found a few Dragon Balls. Costumes alter stats, but an unlockable mixing option lets you pair an outfit you like with the stats of another. I kept Goku’s damaged outfit from the first battle the whole time. Quests also level up characters. 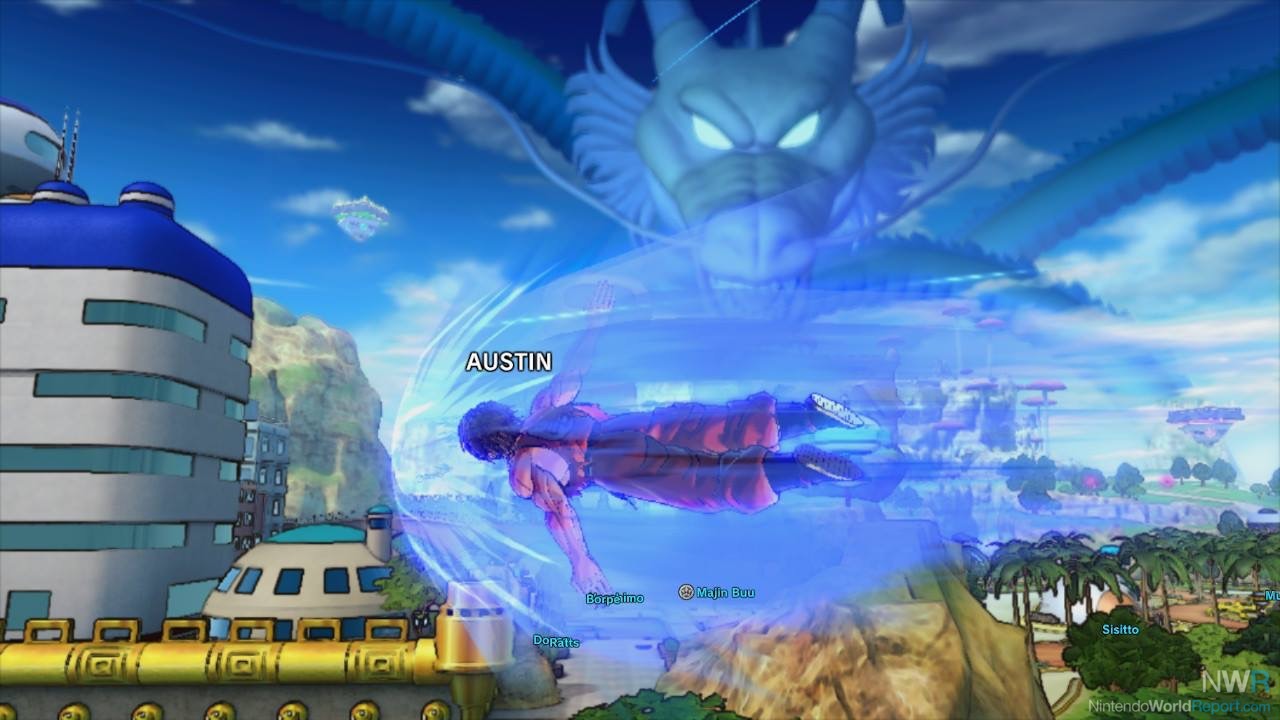 The five sidequest mini-worlds add variety by theming battles around each race, like hunting for Dragon Balls on Planet Namek or pitting members of Frieza’s army against each other. While fine, they seem a bit unnecessary, and seeing a notification that “Guru’s house is under attack” after every mission got me to stop caring. The entrances to these worlds are too far from each other, and missions requests don’t stack, so there’s a lot of back and forth involved. However, they do a great job of shoehorning in minor characters.

But mostly, Dragon Ball Xenoverse 2 looks, sounds and feels like Dragon Ball Z. Voices are spot-on, cinematic are true to the original and the battles are epic. A few characters are way too wordy, but so is the source material, so I’ll give it a pass. This is a love letter to Dragon Ball Z, and anyone who ever enjoyed the show will find something fun here. Just make sure to bring some friends.