Deepen your relationship with friends and family with this co-op adventure. 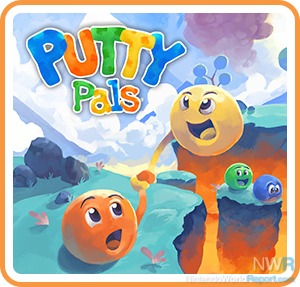 While the Switch has sort of started a revolution for easy 2-player experiences that can be brought and shared anywhere, to date it hasn’t had anything quite like Putty Pals. Using a claymation art style that tips considerably into Cutesville, it pairs that with relatively simple controls to craft an experience that could be appropriate for all ages. Don’t be deceived though, this is hardly a game relegated to being “for the kids” in terms of its depth of challenge. Putty Pals delivers a full feast of progressively challenging co-op platforming married with clever ideas.

In general, actions include jump, flattening yourself so your partner can springboard off of you, and reaching out to grab either your partner’s hand or objects. While this may seem a bit limited, the number of situations and ways these moves are put to into action are actually quite impressive and also challenging. At times, you’ll need to jump, flatten, and let your partner spring off of you while in the air. On platforms that only one of you can move, one player will need to grab and pull the other to safety. Credit to the developers for experimenting with these concepts in quite a number of ways, you can see and appreciate the effort to try to keep things fresh through the many standard (and hidden) stages. 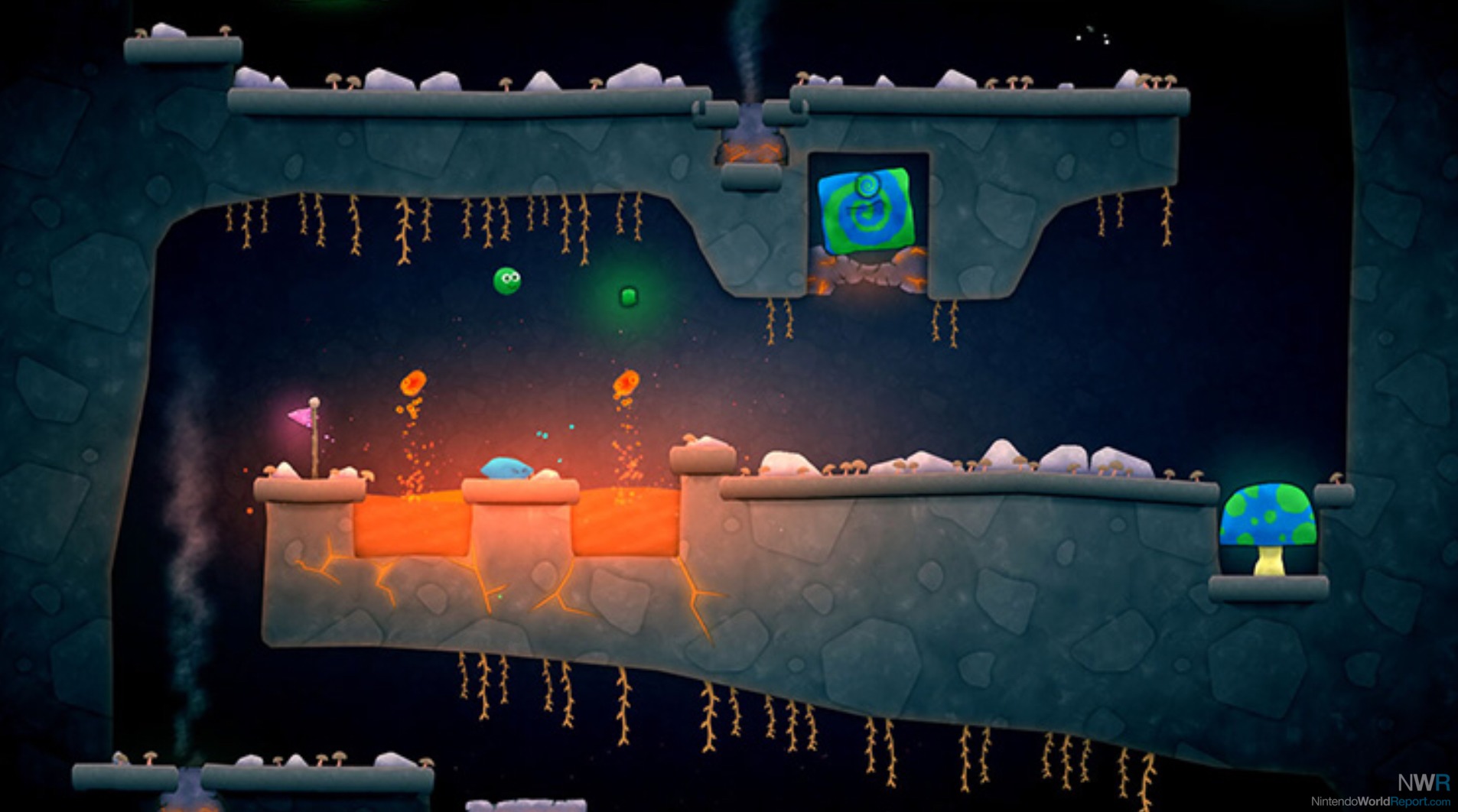 It should be noted that you can play in single-player mode, but the combination of actions required don’t make it well-suited for solo-play, at least not for long. Playing with a friend is obviously the intention and is far more manageable. That’s not to say the game is easy, if anything the candy-coated visuals cover many demanding sections that gamers with too little experience may get aggravated by. At a minimum I’d say you either want to have the game played by two moderately-able gamers or one very strong one with an inexperienced one since there’s a degree of planning and precision in many areas where some wisdom will come in handy. Thankfully the plentiful checkpoints will act as a safety net so that you won’t finally clear a challenging section only to then need to survive something else before you’re set for good.

Additional good news, if you and your partner think of yourselves as more hardcore there’s plenty for you to work with. Secret putty swirls hidden on each stage will unlock additional challenges if you find one, and within those you’ll be able to unlock time trials to test how efficiently you’re able to work as a team while on the clock. The scalability of what’s available in the game, as long as you buy into the core experience, is actually pretty impressive. 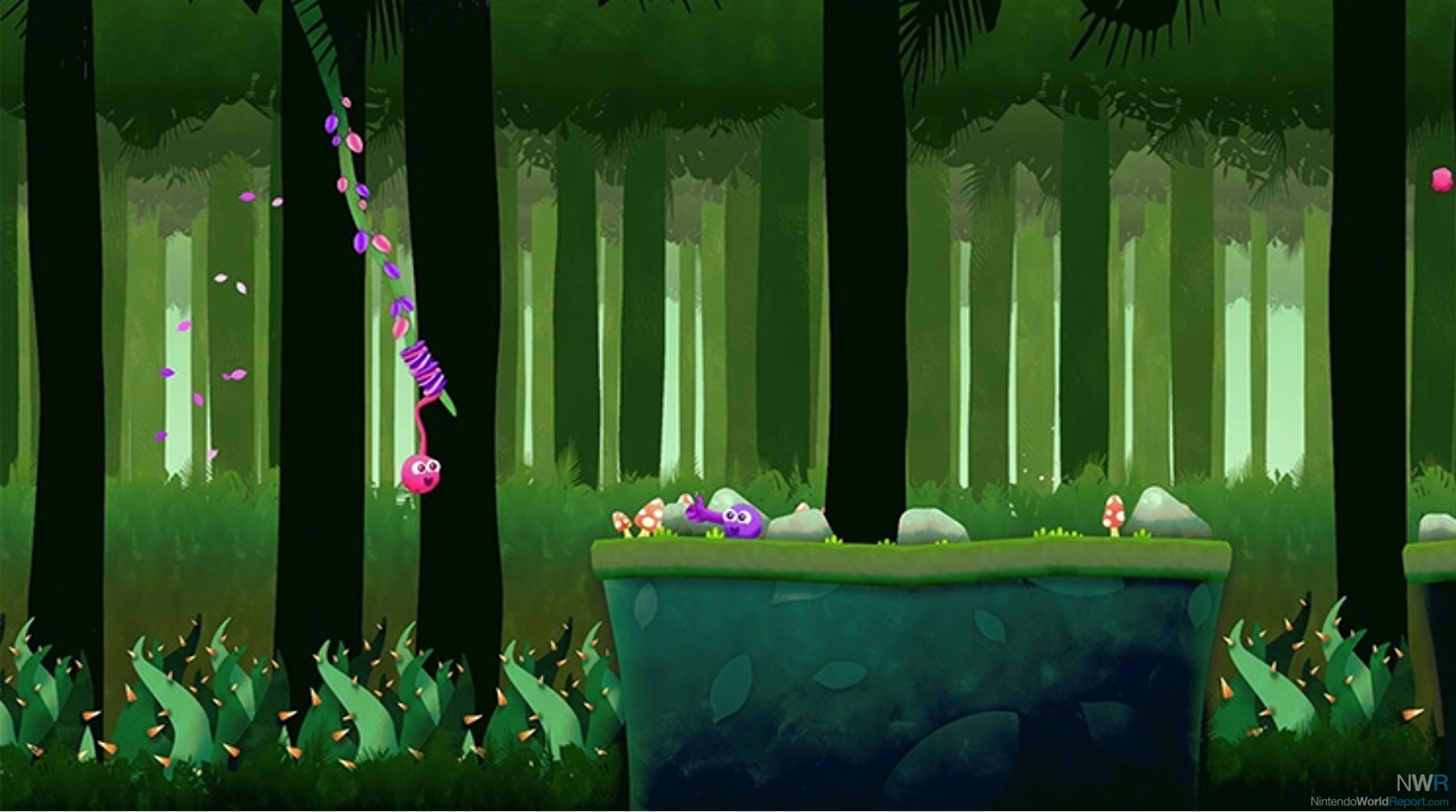 Getting to some criticisms aside from the major “area” distinctions, levels within the same region are pretty well impossible to discern from one another. While the specifics with the order and types of challenges you’ll face in each stage will vary, this creates occasional “Didn’t we play this before?” situations. Another thought, while the default buttons for control make reasonable sense the lack of an opportunity to remap them to better suit each individual player is an oversight, especially if you may be trying to play with much younger, or perhaps older, gamers. Finally, while my skill level appreciates how quickly the game gets rolling with more challenging situations, it seems to fly in the face of the theming to a degree. While it looks like it’s very much for kids it probably skews to a bit higher age than you may assume. No doubt, kids can be challenged and work through things (and the checkpoint system helps with this greatly) I could see where they could hit a wall relatively early and that may turn them off continuing.

In the end, Putty Pals is a refreshingly-clever platforming game that is best played with a friend. Ideally you’ll both have at least some moderate gaming chops, and if you do there’s a wonderful variety of content within that you’ll enjoy together. If you’re wanting to play with someone less experienced things can still work out but you’ll both have to be patient as they come up to speed and work out their coordination. Solo play is possible but once you get in several levels it becomes quite aggravating trying to coordinate your various button-presses for both characters by yourself. While it isn’t perfect, Putty Pals is an excellent cooperative-play-focused platformer, and that’s not something you’ll likely see often.