Proof that killer goats are scary even in 16 bit. 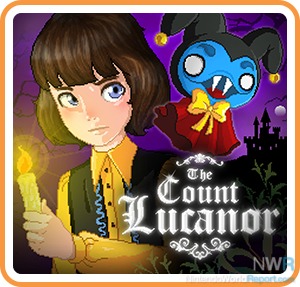 As Nintendo continues to develop relationships with third party developers we’re starting to see titles not typically associated with the Nintendo brand. A perfect example of this is Count Lucanor, a horror-puzzle game developed by Baroque Decay and ported to the Switch by Ratalaika Games. Obviously not the first horror game on a Nintendo platform, there is enough frightening moments and gory scenes that make it feel out of place, but definitely not unwanted on the Switch. 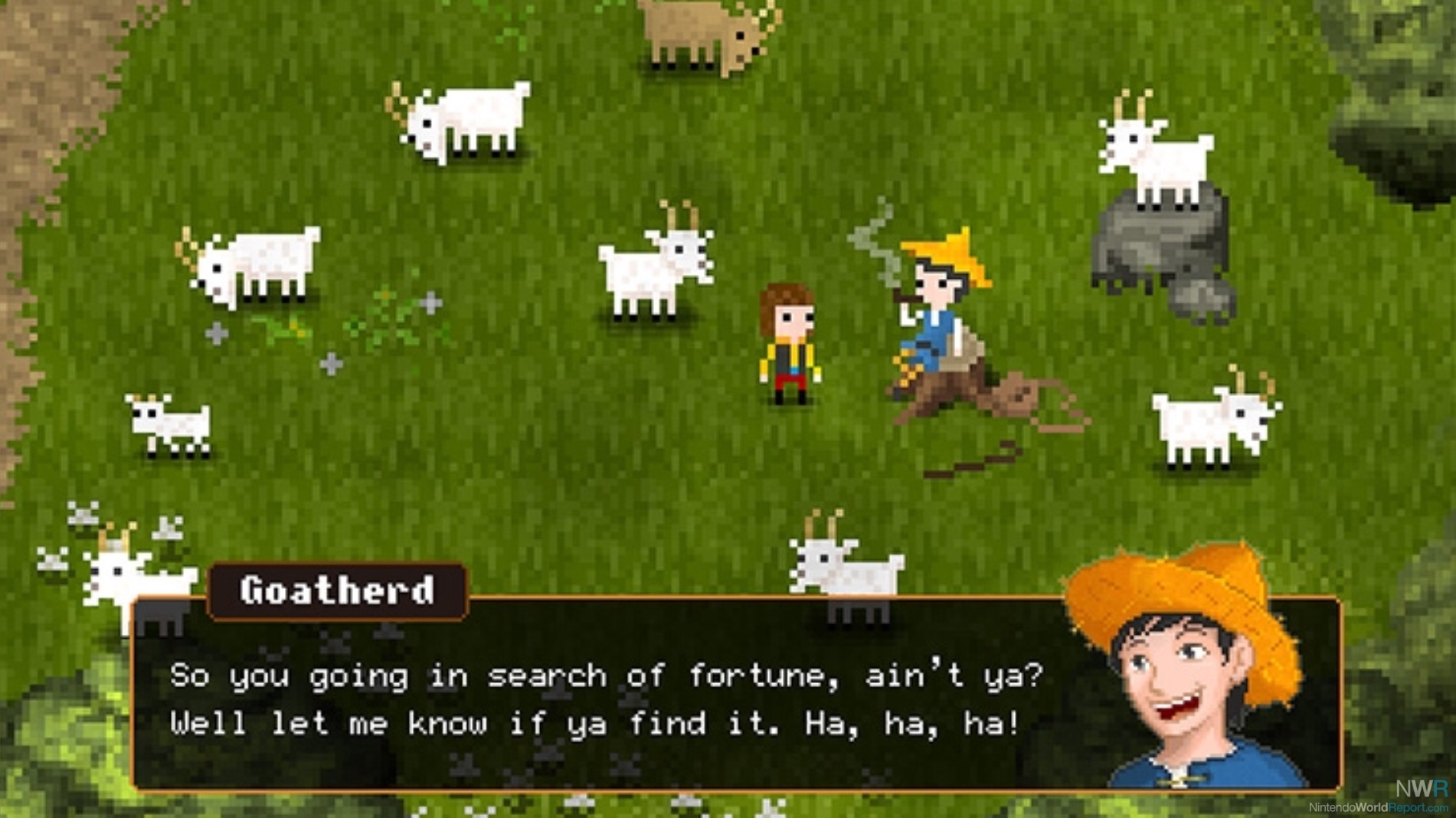 A young boy named Hans, who lives alone with his mother in what can be described as a typical medieval hut, is excited to celebrate his 10th birthday. Unfortunately for Hans, his mother has no money and cannot afford the types of presents that his friends received on their own birthdays. Upset at his impoverished fate, he’s allowed by his strangely complacent mother to set off to make his fortunes in the world. Still within walking distance of his home, Hans is attacked and knocked unconscious, only to wake up with the world seemingly gone to hell. His only refuge is a castle he didn’t know existed, and that’s when the really weird stuff begins.

Upon entering the castle, Hans is given a strange task by an even stranger host, a task that is completed by solving a number of puzzles hidden within the castle. Although the castle is relatively open to explore, the gameplay charts you on a linear path to completion. Solving puzzles feels a lot like a mix of Link to the Past and retro point-and-click adventures, where everything is completed by simply walking around collecting items and interacting with people and the environment. 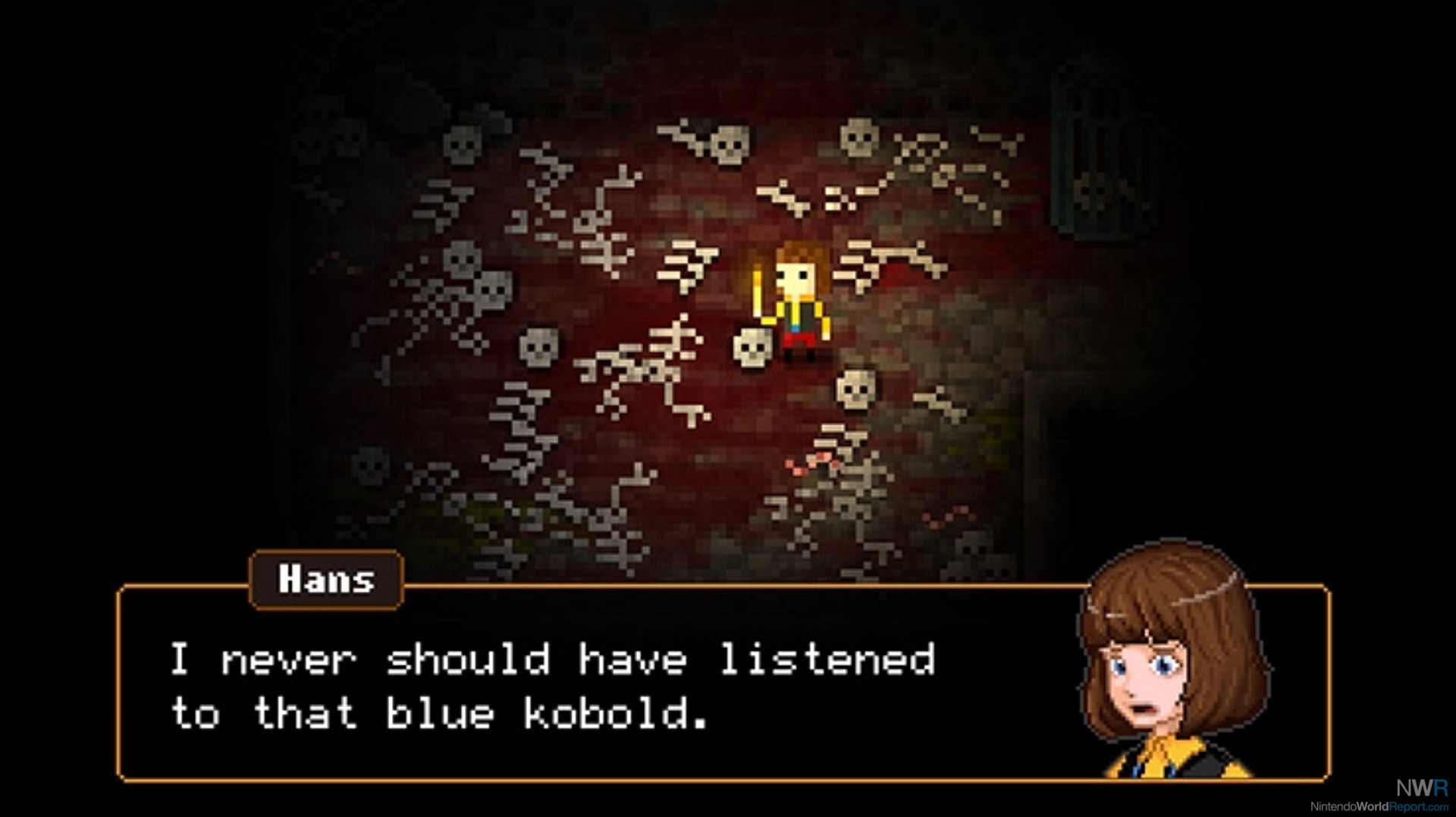 The pace of which the characters move may bother some people. Compared to similar titles it felt slow and there was more than one occasion I felt like making a sandwich while walking to another location. The puzzles take a bit of intuition to solve but none I would consider overly difficult. Completing the puzzles feels extra rewarding for as you progress more of the outrageously weird story is revealed to you.

Maybe I’m just an overprotective father, but the teen rating Count Lucanor earned might be a little generous. Killer goats with a thirst for blood, ravenous Grim Reapers, and a dismembered Donkey are just a few examples of some of the many disturbing scenes I would have expected from a mature rated title. I’m not embarrassed to admit that even with it’s 16 bit graphics I had moments of authentic fright and questioned if I should continue playing at 1am.

After getting over the fact that Hans walks too slow, I really started to get captured in the mythos surrounding the castle. The story was engaging and the puzzles were satisfyingly difficult, the only issue being it really is only a one and done experience. A worthwhile experience, but you can really only be shocked by a decapitated head surrounded by dancing goats once.