Charm will only get you so far in video games, but thankfully for Yono and the Celestial Elephants, the charm oozes from every pore of this adorable and philosophical adventure. The Switch indie game from one-man developer Niklas Hallin of Neckbolt Games looks, from its aesthetics, like a 2D Zelda game but instead of Link, you control a cuddly elephant. It doesn’t quite match up to the puzzling and adventuring highs of classic Zelda, but Yono is still a well-crafted short and fun romp through a gorgeous world, even if it might skew easy and simplistic.

The elegance and majesty of the in-game world is the special sauce for what makes any mediocre elements in Yono still succeed. The heroic Yono is a deified elephant, reborn in a world with many societal issues as three races (humans, undead, and robots) struggle to live in harmony. Yono is supposed to restore order to the world, and that makes side quests feel more impactful. The writing is engaging and some of the characters hit on some weighty theoretical topics that hit home while also feeling somewhat out of place in such a whimsical, younger-skewing presentation. The game has surprisingly deep lore as well that you can unravel by collecting words that unlock stories of past celestial elephants. I normally don’t get that enraptured by the mythos of video games, but something about Yono’s folklore was resonant. Futility and a weird sense of pervading sadness fill the vibrance in ways that probably shouldn’t work but do. 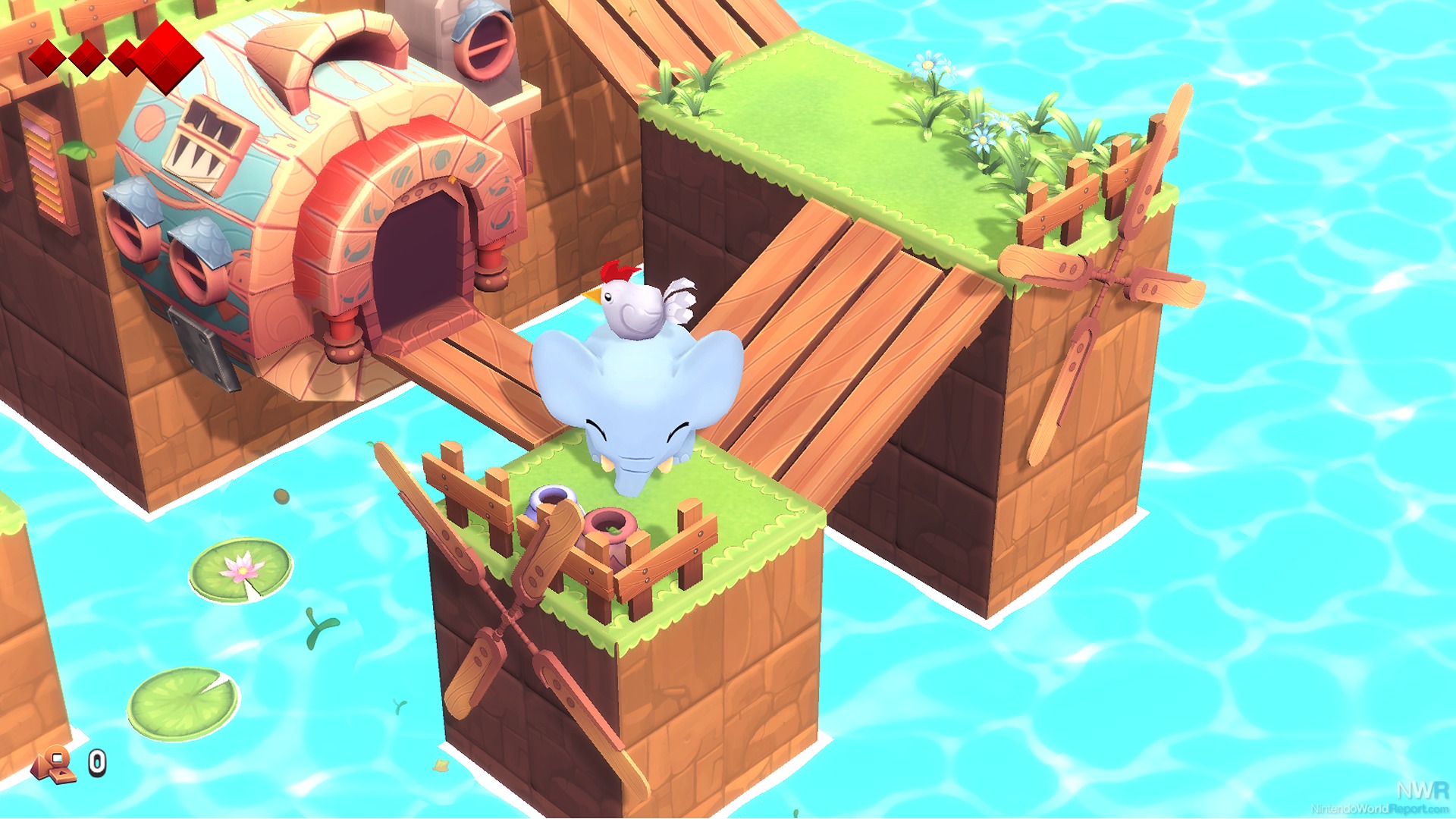 As for things outside of the premise and story, the titular celestial elephant Yono controls straightforwardly. One button does a charge that’s dependent on having space to run, while another blows air (or other items) from his trunk. The elements of Zelda that Yono hones in on are mostly block puzzles and the aforementioned distinctive world and characters. The majority of the challenge in Yono comes from figuring out different block puzzles by moving the boxes in the right spots or making use of water, fire, or other twists to clear paths and find keys and items. Variation and complexity crops up as you get closer to the end, but that’s the main thrust. Those adventuring segments also include combat, but the combat never develops into anything more complicated than “ram, dodge, and ram again.” The only place the combat ever gets more interesting is in boss battles, which are few in number but cool in execution.

For some games, the emphasis on block puzzles and middling combat might sink it, but Yono’s gameplay suits its quick pace. Within about five hours, I was done with the game and close to 100% completion. Thanks to the shorter length, the razor focus on certain mechanics never outstayed its welcome. To the same extent, some later twists to the gameplay probably could have been developed further, but Yono is great for what it is: an easier Zelda-esque adventure. But in that ease is delight, also highlighted by some of the magical touches. Yono picks up items and puts them on his head, so you can totally just run around with a chicken on your head for no reason. Numerous outfits that are purchasable in-game let you make your elephant look like Link, Aang, or Darth Maul. It’s absurdly endearing. 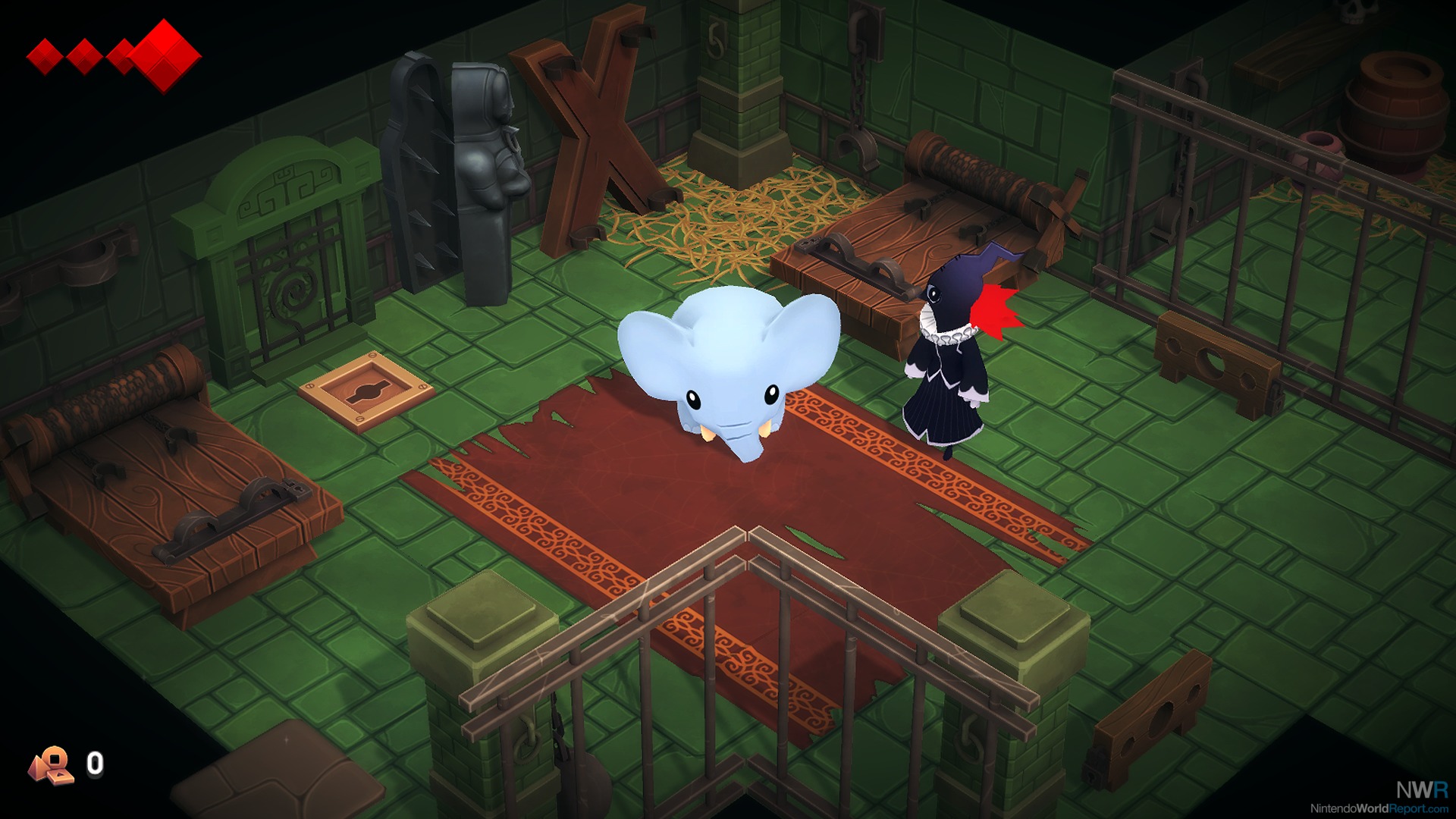 The straightforward design might not be for everyone, as no great challenge is nestled in Yono’s escapades. This is an easier game that’s perfect for those who want to sink into a contemplative cartoon world or maybe kick back and play an easy-to-comprehend game with their kid. The enchanting charm of Yono and his world might not totally make up for the combat or the glut of block puzzles, but it definitely makes for a delightful experience that might make you think and smile.

Sounds like it could be good. Maybe something to play after Oceanhorn