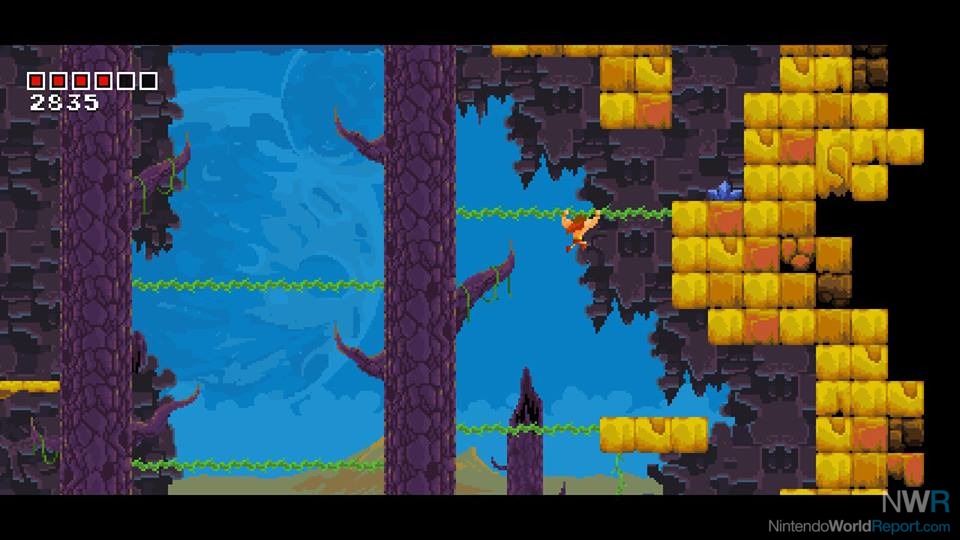 The neo-retro revolution is upon us, and (whether you like it or not) this resurgence has brought sprite-based nostalgia-inducing games raining upon the earth. The ability for anybody to produce and create games truly has never been broader, ranging from huge companies to even one-man-teams to craft their vision and release their creations to world. Amazingly enough, Tiny Barbarian DX was developed by just two people. Featuring beautiful hand crafted pixel art, cool chiptunes and dynamic play styles,Tiny Barbarian DX is a fun but not so groundbreaking addition to the Switch library. 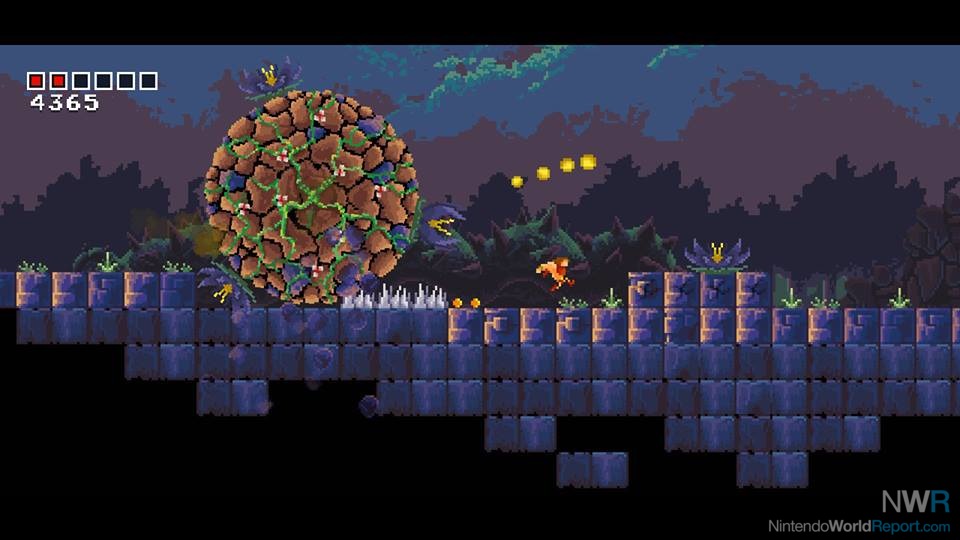 The controls of your character feel great and precise for the most part. These include your standard jump and sword slash, and some cool little combos you can chain together to attack in certain directions. The little barbarian can even flex his biceps to use as a counter for enemy attacks, showing off one of the humorous aspects of the game (which are abundant throughout). 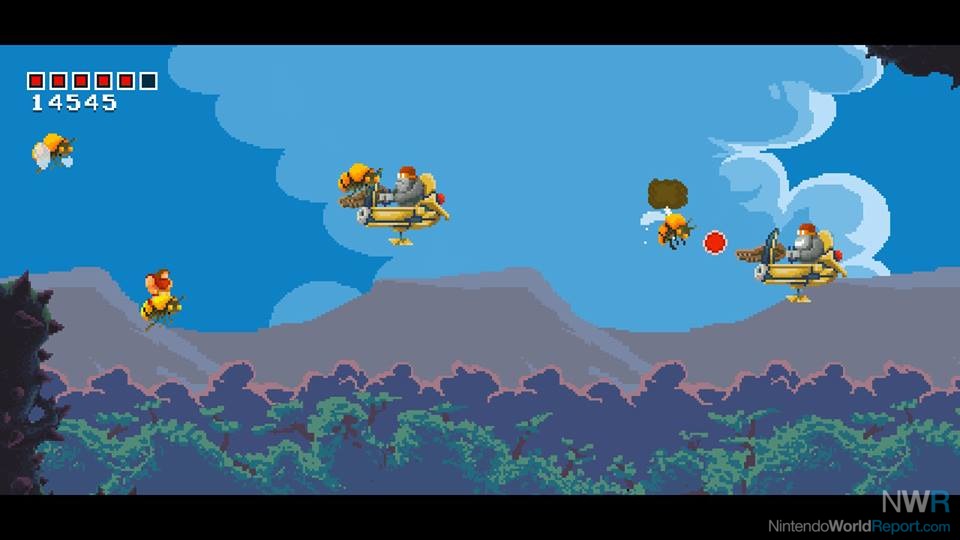 The character and aesthetic design are incredible, and shine vividly both on the TV and on the Switch's screen. This game is very challenging and every kind of enemy has their own little attack pattern designed to make it harder for you to get through each screen. Snakes spit at you, gorillas monkey around the level, and there are even mummies that explode into multiple maggots in a grotesque fashion, among many other agitated foes. If you are put off by harsh difficulty, don't worry, there are unlimited lives and whenever you die you start back on the same screen. 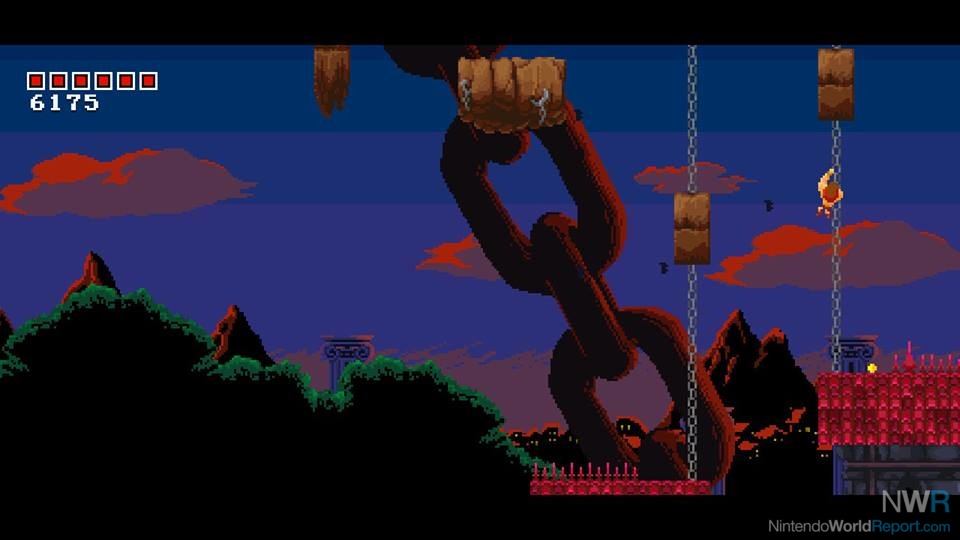 One of the ways Tiny Barbarian DX feels so old school is in some of the level design, and how it can sometimes feel obtuse and pretty hard to traverse. There are plenty of times where I struggled with the controls and harsh difficulty spikes would pop up in random places, but nothing too bad that totally turned me off of the game.

The gameplay differentiates across each chapter and throughout every different boss battle, in subtle ways and some very bluntly. Riding on various animals and beasts to trek the land gets quite challenging but also feels good, keeping me fully engaged and feeling empowered at the same time. Every boss encounter is unique and a treat for the eyes, with new gameplay hooks that really dig deep into the simple control scheme. 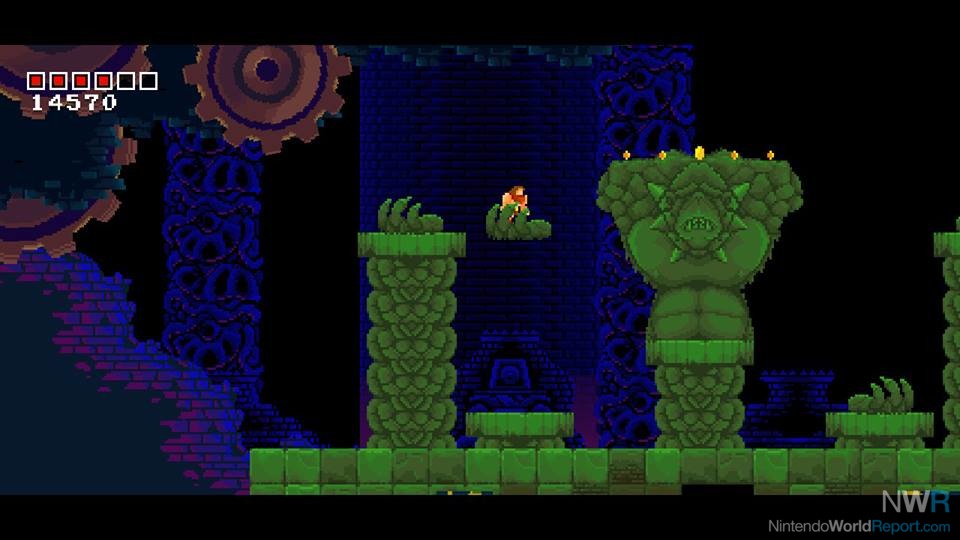 Although the artwork is very pretty and the gameplay feels good, there really isn't anything too ground-breaking here. Playing through the game really made it feel much more of a throwback title rather than a new boundary-pushing adventure. This in no way means that the game is boring or that there aren't any surprises, just more of a tried and true experience. If you are longing for some retro action, this game's got it all. The beautiful art, killer soundtrack and punishing difficulty really help the game deliver on what the developer set out to make, a solid action-platformer.