The story of a group of teenagers exploring in a mysterious setting is nothing new. Yet, Oxenfree finds a way to differentiate itself from similar plots like in Stranger Things, Harry Potter, or Scooby Doo. It’s one of those haunting, very intriguing tales that you learn more about when you come back to the beginning, or see earlier scenes from a new perspective. Often, particular moments in the story are revisited with a small change, that was noticeable enough for me to realize that there was something else happening and I wasn’t even aware of it. This is in due part to how the narrative operates. The mechanic itself is just the narrative. Players take control of the character, Alex, but the main focus is around the group of friends who Alex interacts with. Branching paths in the dialogue are not in short supply here. Every conversation, many of which can be cut short by the player, can be viewed in a way that makes you wonder where the story might go had you have chosen a different response. For example, do you agree with your stepbrother that you should enter the mysterious cave? Or do you agree with your friend, that you shouldn’t bother with it, in fear of the worst. 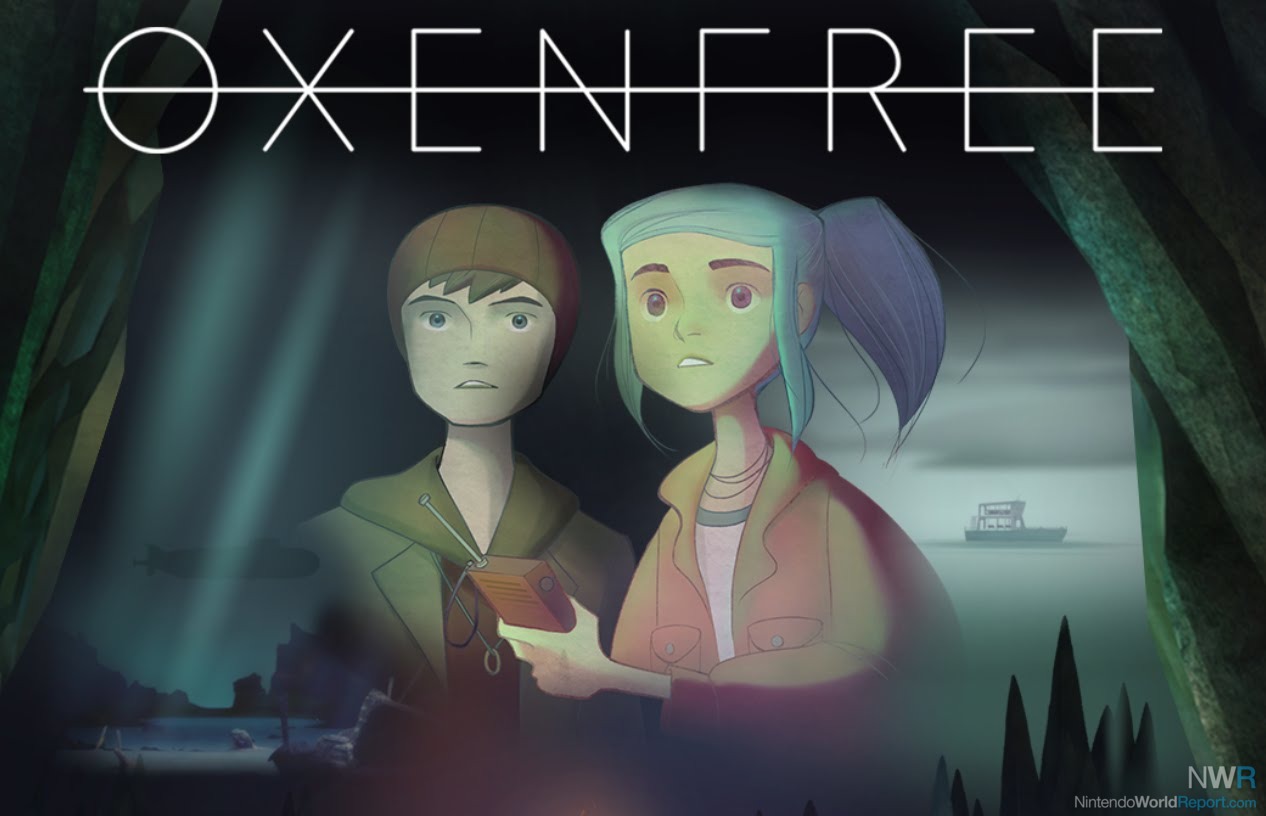 Alex is able to move around even in the midst of her conversations. Interestingly, while the player can explore while the conversations are going, they still are represented in a fashion that they are right there, next to the rest of the cast. Occasionally, that can lead to the quirk of the group of friends wanting to do something, but are waiting on Alex to return to where the conversation took place. The beautifully painted world contains many interactive features, giving a lot of character and nuance to what is a simple game (picking dialogue choices). Small details like stoking a fire, throwing rocks, and such are just examples of what Alex can do amidst the plot. This small mechanic, escalated the immersion I experienced in the game to another level. Imagine any RPG, but you can move around and interact with the environment while the characters are talking and sharing information.

Story-wise, it’s hard to share, because the core of the game is how the cast interacts with one another in the adventure. Simply put, the angst-y teen, Alex, is still trying to figure out her feelings over the death of her brother, while also battling feelings about now having a stepbrother. Alex takes a trip to an island with a group of friends: a stoner named Ren, and his crush, Nona. Also present is Alex’s stepbrother, Jonas, and Alex’s late brother’s ex-girlfriend. That motley group is definitely not a standard sort of cliché teens. At first, the plan for the group is to chill and get lit drinking. After some arguments, the group divides, and soon Alex discovers a cave with Jonas and Ren, which is where the story really unfolds. They come across the supernatural, opening the door to possession, time loops, and a whole other deal of weird anomalies. But again, the relationships that these characters have with one another is where I was enjoying the game the most. Sometimes, no matter what I could say of the three options provided as responses (or the ability to not answer and have those options time-out was equal to just not responding), I knew that Alex would end up hurting one of the other characters –like how life works. This game definitely has that movie-level script going for it. It’s trying to tell both a story, and immerse the player, balancing the thin line of being taken on a tour through a game and impacting the conclusion. 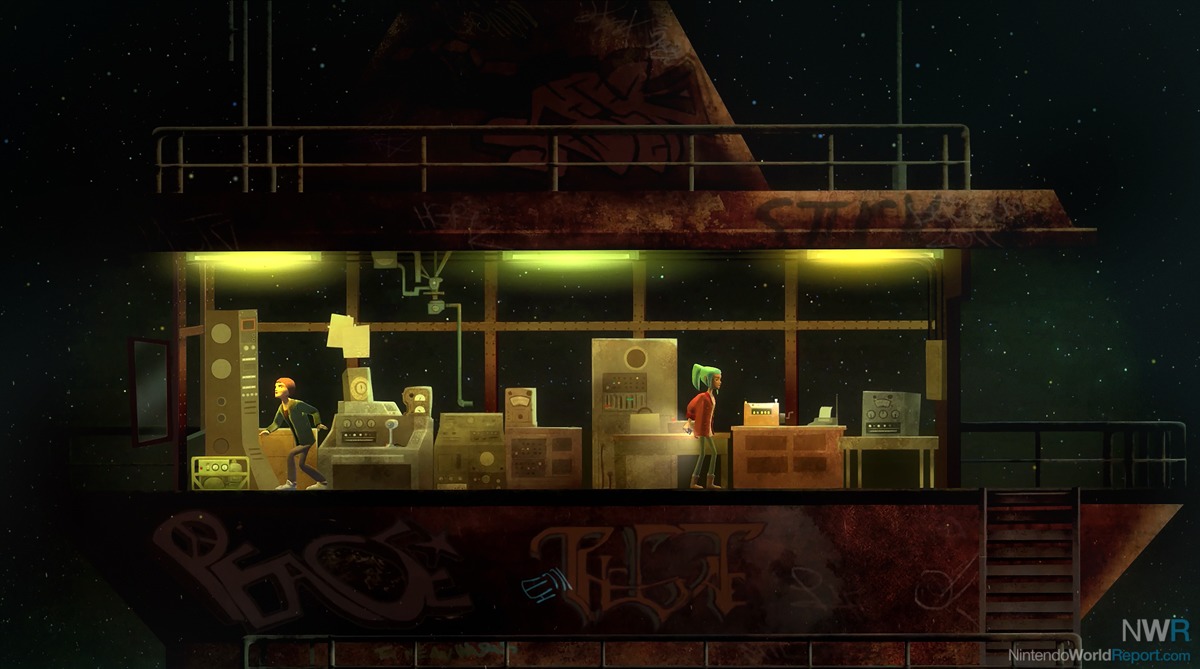 The only issue I found is that when finished with the fairly short adventure, I felt the urge to replay so I could see more of what dialogue was available, and to revisit moments from earlier in the game. Though, there are times where the conversations don’t branch off because they are tied to the core narrative. And so this leads to slightly more cumbersome pacing for replaying, because of drawn-out stretches of walking, climbing, and the sort.

Alex is also provided with a small radio that can be controlled just about whenever, which quickly becomes the central game mechanic outside of dialogue choices and basic platform movement. Changing the frequencies on the radio isn’t just the plot device for the story to unfold, but it becomes the tool used to solve puzzles in the world, as the supernatural is explored more. Expect to be listening to a very chatty group of characters, while switching through radio stations often. 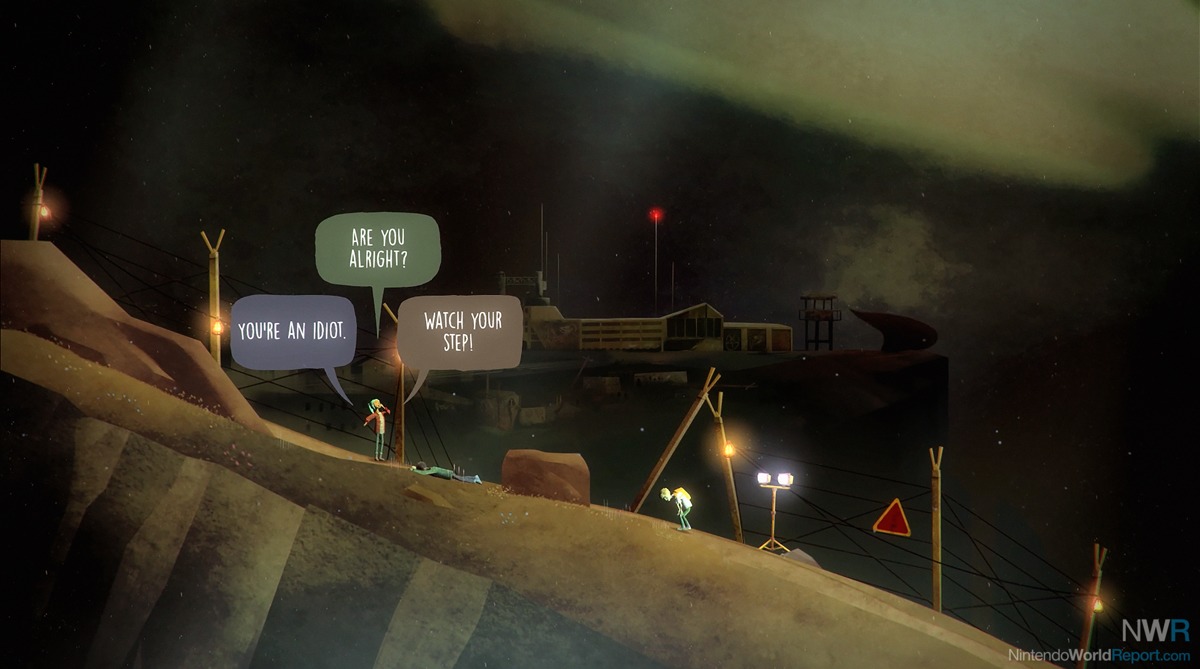 Again, visually, it’s an impressive world, with a painted look to everything. I was reminded of the deep water color paintings, from Canadian artist, Zoltan Szabo, and then even the cleaner/minimalistic style you’d see with something like “Nimona”, from Noelle Stevenson. The visuals in the game focus more on the setting, balancing between dark paintings and graphic design traits. However, the characters are tiny. Really tiny, especially in handheld mode on the Switch. I wasn’t able to even tell what the characters looked like until the loading screen, where they show off a polaroid that the characters take during the story. I view this as a stylistic choice, helping the player stay immersed in the experience, mentally designing the characters as they learn more about them (as if they were reading a book or listening to a story), while at the same time being provided with context.

Oxenfree is fascinating. It’s best played in a relaxing spot, free of distraction, so the immersion can be best enjoyed. It’s short and different, but there is replay value. There’s not anything outside of what you can do with the story of the game, other then interact with the world itself. But it’s exciting to come back and see how choices can change the plot of the game. Not quite a Telltale-level game, but also not something to pass up. The beautiful visuals, characters, and choices are why I came back to it. And with that radio you just can’t “turn that down”.