You will throw many spears and die a lot.

Set in an ancient Germanic future, Lichtspeer: Double Speer Edition is an incredibly strange game that finds our hero at the mercy of a god with only a spear in hand. You’ll be tasked with mowing down a number of different enemies such as penguin Vikings, skateboarding walruses, zombies, and hipster ice giants to name a few. The beauty of the game is in its accessible gameplay, simply taking aim and letting your spear fly to hit enemies before they reach you. But don’t let the simplicity of the controls fool you, this game is downright brutal. While at first it seems shallow, a few wrinkles present themselves to help keep things fresh. 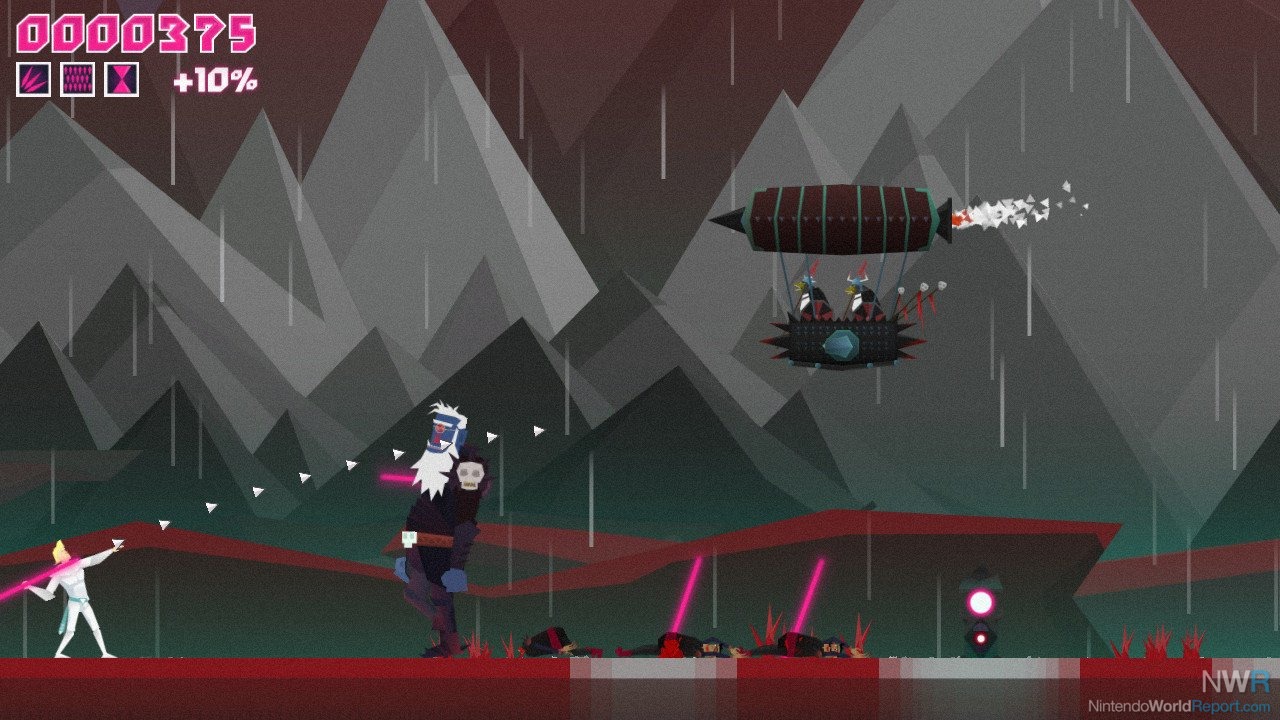 The story sees a bored God summons you for his entertainment, bestowing upon you the legendary Lichtspeer with the goal of fending off waves of enemies. The concept is simple; each stage consists of five sections with your hero planted in a stationary position as waves of enemies come charging at you. In order to deal with the masses, you hurl your spear across the screen to kill any and all enemies you see. Throwing your spear is easy; holding A will charge up your throw allowing it to travel farther and releasing will send it flying. The deciding factor in your success is how well you aim, and if you hope to see the end credits it will require a level of precision that at times seems absurd. The gameplay is repetitive, but luckily your toolbox has a few more tricks to help keep things fresh. There are three other abilities the spear possesses. One adds a special attribute such as splitting it into three, while another is a defensive ability such as a shield or slowing time down. The final one is a devastating special attack that helps wipe out a lot of enemies quickly. The draw back with these is they each have cooldowns, so you have to be smart and know when to use them. These abilities add some depth and customizability to your experience because there are ten different abilities you can purchase and upgrade. While they give you more options for disposing of foes, with the lengthy cooldowns they’re a small part of the experience and don’t help to alleviate the feeling of repetitiveness.

As you continue to progress, you’ll be introduced to new enemy types that need new tricks to fall. At first slow walking enemies that require one hit will be your primary target, with the occasional giant who takes two hits to the body or one headshot. They're soon joined by flying enemies, giants with body armor, fish with awkwardly timed jumps, wizards casting spells and even walruses with missile launchers come into the fray and ramp up the difficulty. Even environmental hazards come into play by blocking part of the screen or firing lasers that can only be turned off by a finely thrown spear. However what I found to be the biggest element of change is when you are on a slope. Throwing the spear up or down hill changes the trajectory and makes certain enemies way more difficult to deal with. Towards the latter part of the game the challenge is palpable. You’ll die a lot as you can quickly become overwhelmed with a few mistimed throws. The god can make the situation worse as consecutive misses result in the god stunning you, taking things from bad to worse. 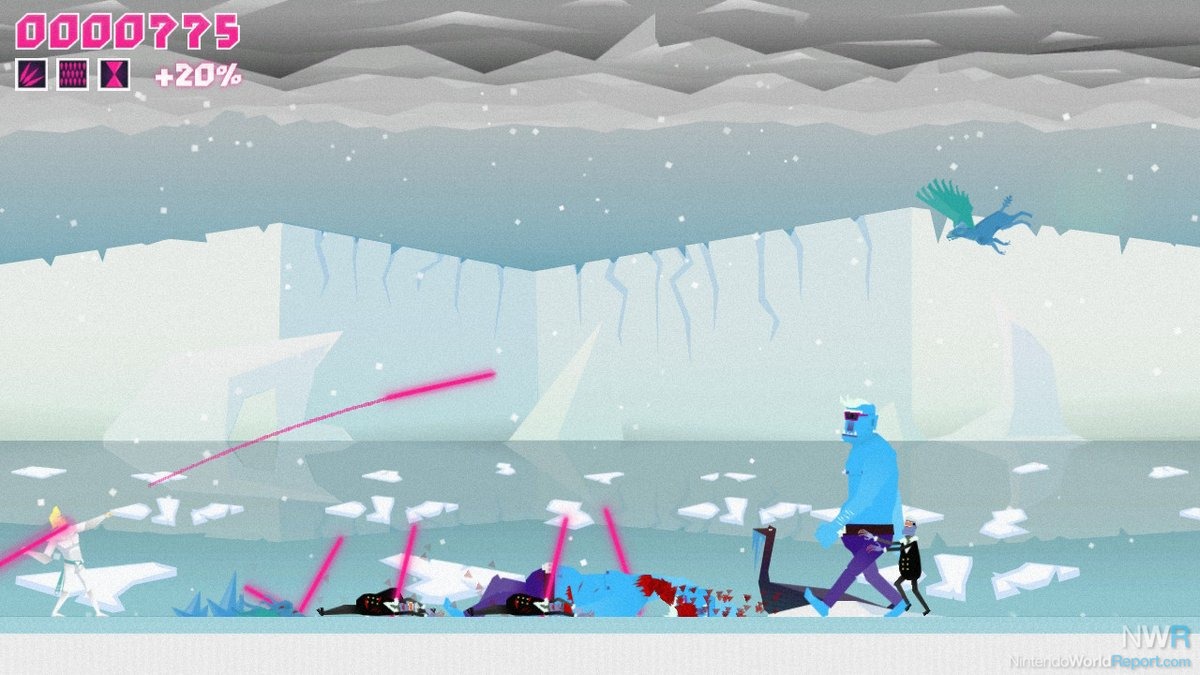 Where I felt the developers did a good job ramping up the difficulty in each stage, I felt that bosses spiked too hard and quickly became frustrating. Many of the ideas presented in boss fights would be enjoyable, but would require extremely precise throws with minimal time to aim. I found myself dying over and over until I was able to prefect the shot, only to find another equally difficult task waiting for me right afterwards. Your special abilities are deactivated and can’t be used during these fights as well. The boss fights tend to be pretty long and repeating a fight multiple times became a chore. Completing all 13 levels unlocks a New Game+ which ramps up how many enemies you face and only makes things more difficult. Then for those who are gluttons for punishment, there is the Rage Quit mode which takes out check points between each section. Good luck with that.

While this game is tough as nails, it’s certainly not tough on the eyes. It was a joy to see what landscape I’d be hurling spears in each time I entered a new area. Every time I was welcomed to a background bursting with color and personality. While there weren’t a ton of enemy types, each had a unique and fun appearance. Deaths were rather gruesome: ripping your hero in half, decapitating them, and clawing that caused triangles of flesh and blood. I really enjoy the appearance of the game, and it even gave off some Guacamelee vibes. What wasn’t so pleasant was the sound track. Each song was very repetitive and would become irritating after a while. This was especially apparent in sections I had to constantly repeat due to their difficulty.. New and exclusive to the Switch edition is a co-op mode where a second player controls a spear-throwing dog. He floats over your head and gives double the fire power, but it comes at the cost of some of your other special abilities.

When I first started Lichtspeer I was worried the gameplay wouldn’t be varied enough to keep it from getting dull. The new elements provided a nice change, but by the conclusion I couldn’t help but trust my first instincts. It tries to spice it up with some abilities, but ultimately it’s about the core mechanic of throwing the spear. While fun and satisfying to nail an enemy from across the screen, the well runs dry towards the end of your journey, especially with the spike in difficulty when dealing with bosses.

All I know is the trailer for this game is kind of amazing
https://youtu.be/rQ59IBuC90s