Billy and Jimmy are back, and Abobo is dressed in green for the occasion. 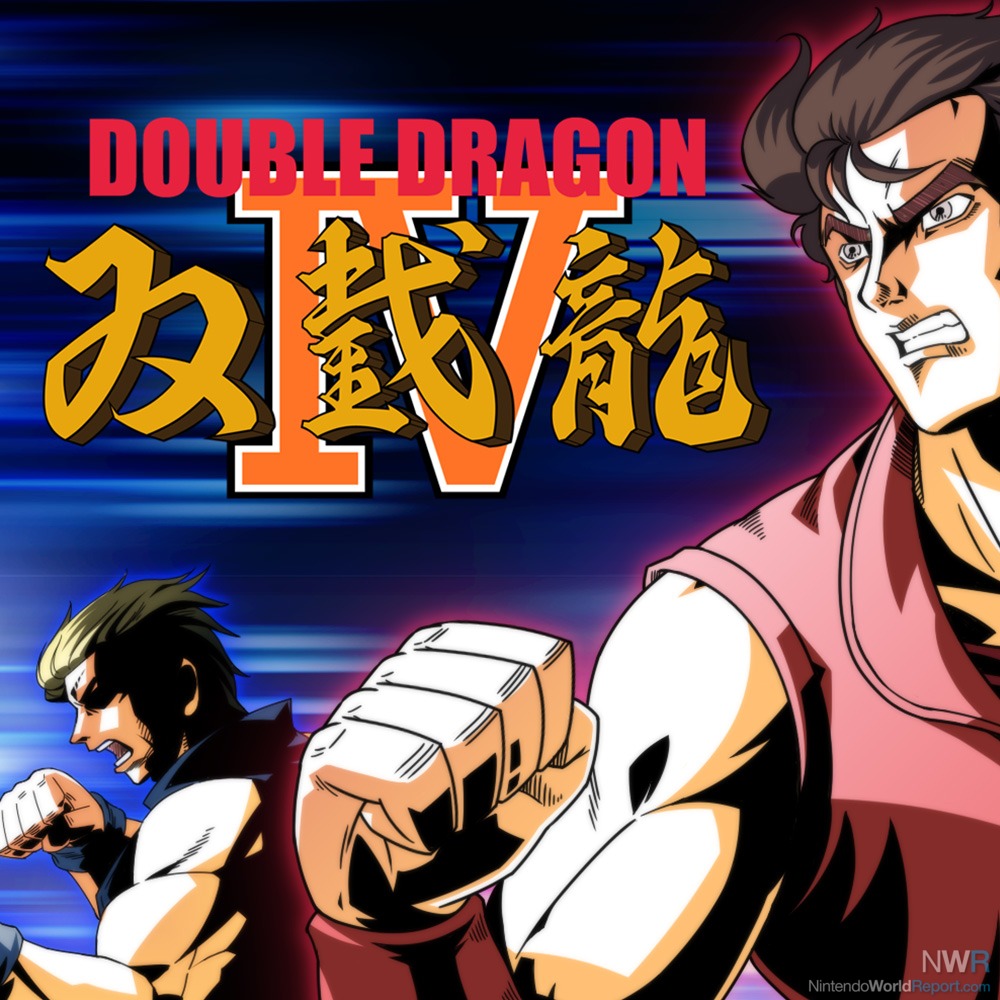 The last time a new Double Dragon game came to a Nintendo home console was back in 1994, when Double Dragon V: The Shadow Falls was released on the Super Nintendo. This title, of course, was an actual fighting game and not a side-scrolling beat ‘em up. It’s kind of ironic that after more than 20 years the newest Double Dragon to hit Nintendo’s Switch console is the “fourth” entry in the series.

What’s interesting about this game is that the story line takes place after the events of Double Dragon 2. The ending had Billy and Jimmy defeating the Black Warriors, enjoying the freedom now, the two decide to open up dojos across the U.S. to further establish their Sōsetsuken style of martial arts. Peace in this universe doesn’t last too long, when a new group of baddies start causing havoc. Meet the Renegades, a criminal group very similar to the Black Warriors. 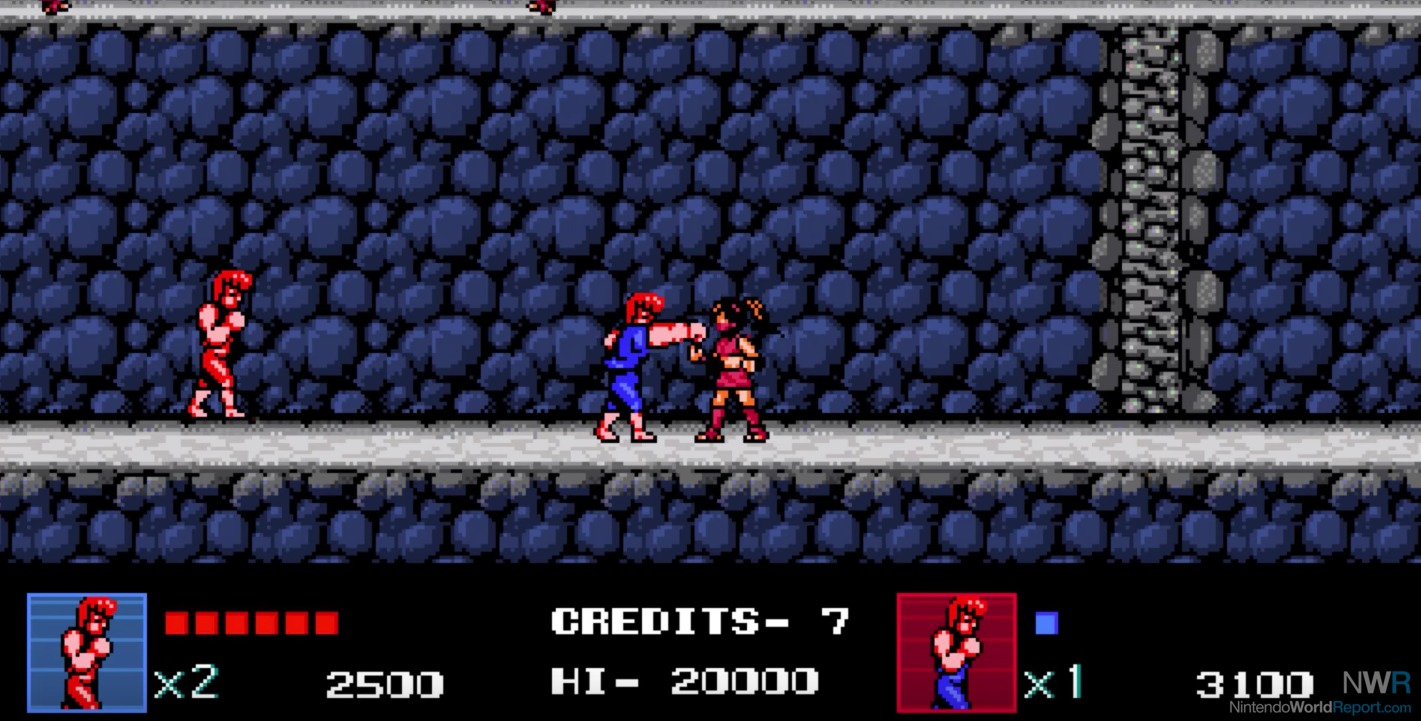 Right off the bat, the game greets you in classic NES system graphics, setting the tone with a static cut scene with a few lines of text, and then puts you in the heat of the action. Before you start, you can choose as either Billy or Jimmy, albeit they both play the same, just with a different color swap. The combat through the games’ 12 missions feel just like they did back in the early 90’s. You can jump, kick, punch and pull off a few special attacks. What I like about this game is the ability to customize your control layout. If you don’t like the default setting, which I tried out a bit but could not really get used too, you can change it anyway you like. As much as I like the original games, I wish the developers would have tightened up the combat a bit. It was understandable back in 1990, but in 2017 I should be able to stand right next to an enemy, punch him in the face and have it land. The hit detection just seems so inconsistent. 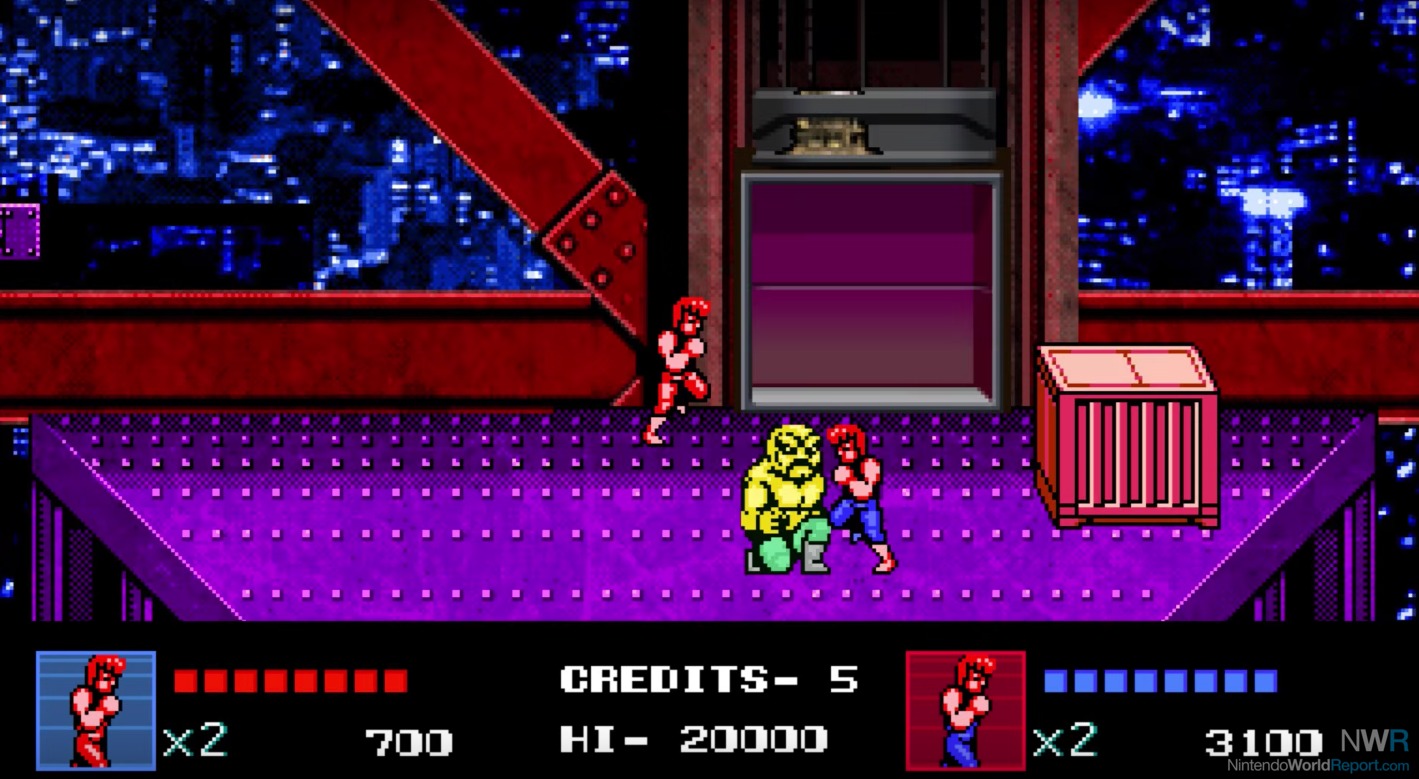 One of the main draws of this series is local multiplayer, and this game does it very well. Like in previous titles, there is a normal mode and a friendly fire mode. Along with being able to go through the entire game with a buddy, you can actually play a new mode called: Duel. This mode is a direct one on one fighting game with the ability to choose between characters that you unlock by playing the main game. Another mode that was added is a survival-style mode called Tower. You start on the first floor and fight a set number of enemies to progress to another floor. It does not really serve much of a purpose other than unlocking more fighters for the Duel mode.

I enjoyed my time with Double Dragon 4, it looks, sounds and plays exactly how I remember it back when I was a kid. The addition of new modes, being able to customize the controls and fun local multiplayer will make this one I most certainly will break out when friends are over. I mean how often do you get the chance to show somebody a green version of Abobo getting tornado kicked.