With the right crowd, Ultra Hyperball can provide some entertainment for a little while.

One thing that has sometimes come along for the ride in the indie gaming movement, aside from retro pixel graphics, is simplified or sometimes even one-button controls. While reducing the number of buttons does, in theory, make things less complicated and more accessible, that isn’t to say there still won’t be challenges to getting people up to speed. This is the first obstacle anyone playing Ultra Hyperball will face. Ultimately whether people enjoy it or not, alone or with friends, will revolve around their sense of timing and whether or not the rewards of playing will sustain them. 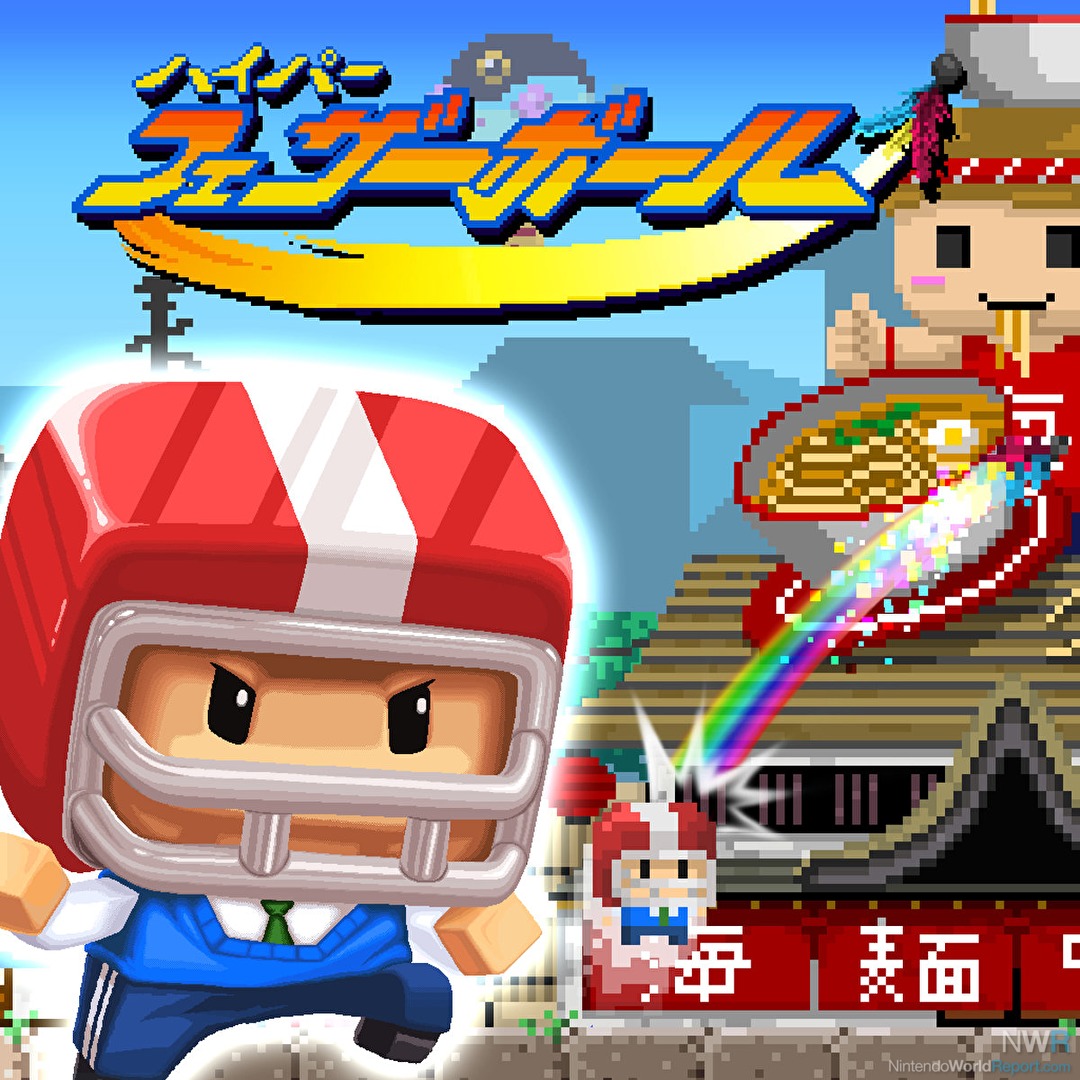 Ultra Hyperball seems to be a sport that people play by jumping in the air to hit what looks like a shuttlecock from a game of badminton with their heads to keep it aloft. The closer to the peak of your jump it is struck, the higher it will go. Care will also need to be taken to line it up horizontally as well though, since making contact at an odd angle will make it move laterally. Its speed is also relative to how off-center it was hit. The challenge playing with friends will be to see who can make contact the most times, and in general whoever does this wins. With a set of motivated and competitive friends this could provide some fun, but you’ll want to keep expectations in check. It is what it is and not much more than that.

In the name of adding value for the people who decide to take the plunge, the developer has filled the game with stages that provide single-player challenges as well as unlockable characters that serve as both an incentive and reward for people who push themselves. While it all starts out very simply, with the challenge simply consisting of jumping at the right times to propel the “ball” as high as possible, without concern for lining things up side to side, each new solo mode changes things up. You’ll find out how well you can independently manage your fingers while controlling multiple characters in Solo Team mode, and then as you progress closer to the fabled Hyperball League in Ultimate mode you’ll be challenged to manage your jump timing while either moving with your analog stick or while using tilt controls. 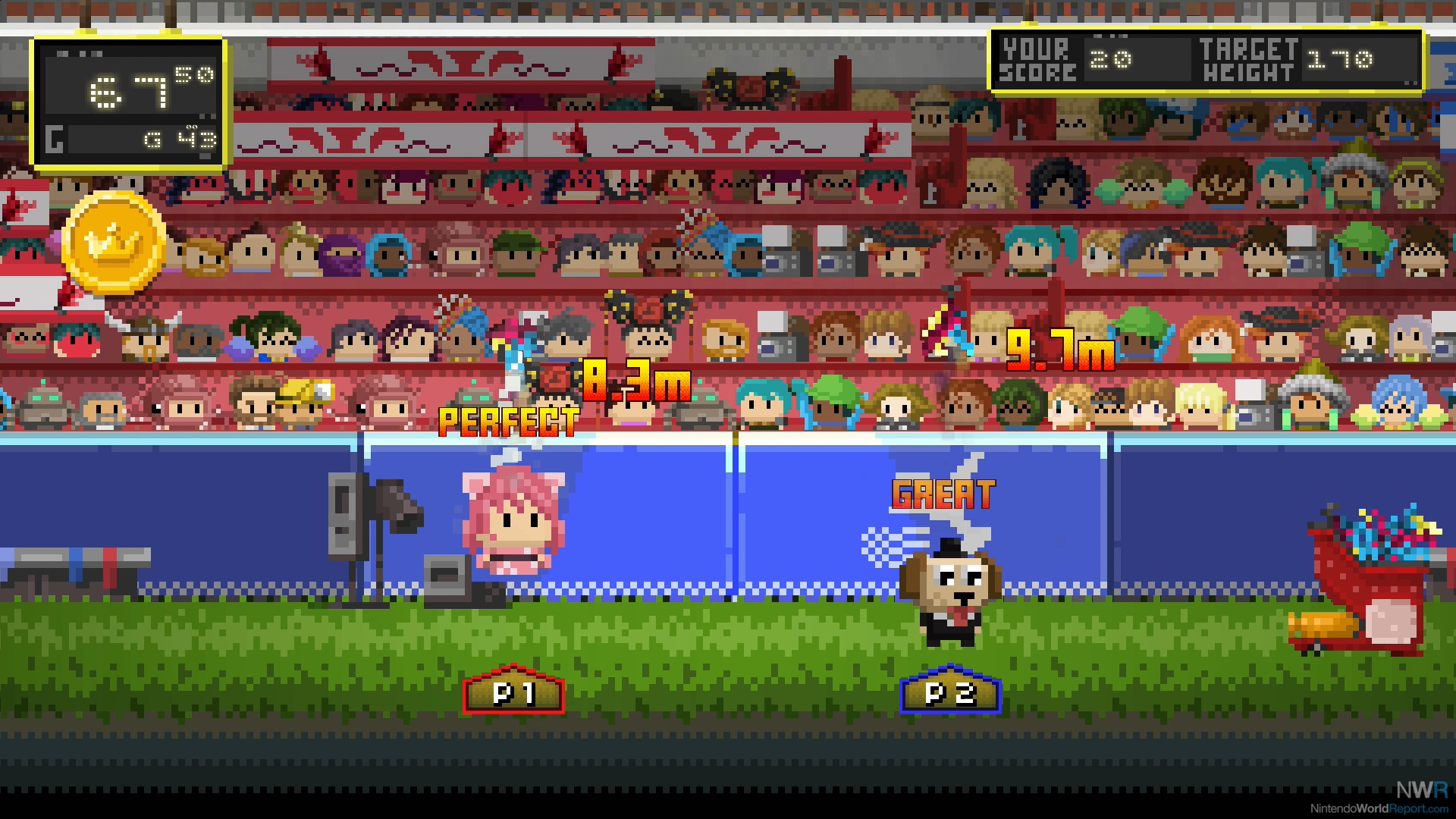 There are similar modes you can play with a friend in parallel Co-Op where the challenge will be pretty heavily amplified, relying on two of you to perfect your timing and keep things aloft. As hard as it is to do well in Solo mode, not only does a second person up the ante for you both performing well but the on-screen distractions are also amplified and I often found myself glancing at what my partner was doing which sometimes lead to disasters. What’s nice is that this is all just somewhat icing on the cake for unlocking special characters, which are cute, and putting more meat into the package which I can respect.

Getting into the space of issues there are a few of note, though some of them will amount to the challenge of how to do it better. The biggest complaint I have, which I’d imagine will be addressed, is that the on-screen buttons you need to press in the Single-Player Team Mode are too small and fidgety. For some of the challenges I had physical challenges figuring out how best to set things up to be able to press them all. In other cases I found that taking off the JoyCon was a good move but I lost far more often because my fingers had strayed from the exact spot (a familiar problem with mobile touch games, granted) for the button than because of poor execution. Having played through the entirety of the Single-Player mode, getting gold on at least half of the challenges, I’d say another thing I don’t quite understand is the inconsistency between modes and even stages. Even in single-player some modes will have the camera moving up to follow the ball, which can be hard to get used to at first, and others won’t. Some will have you use the analog stick and others will require use of the tilt controls. I appreciate the attempt to prolong the challenge and experience in shaking things up, but as the single-player experience is roughly training for multi-player some overall consistency across the game, or options for control, would be nice. Last, I’m not quite sure if there’s random “wind” in the game or not but while the majority of the time the ball will move in a parabolic arc that you can get pretty good at predicting to position yourself sometimes on the way down it will rapidly accelerate to the side. I suppose this could keep people on their toes but perhaps having an on-screen indicator to help prepare people for that could be in order to improve the experience.

For everything it sets out to do and accomplishes relatively well, Ultra Hyperball presents the same challenge in terms of recommending it that some of the other indie multiplayer games have had. If you and (probably more importantly in terms of long-term play) your friends buy into the hook of the game and will invest in getting the hang of the timing and controls there’s the makings of some fun local play. The problem is that having the right group of people is more key to the experience than the game itself. With simplicity can come accessibility but it doesn’t always equate to long-term challenge. At its relatively low price point, people will just need to decide whether it's something that looks appealing to eat up some hours on your own and with the other people you play with.

The closer to the peak of your jump it is struck, the higher it will go.

So it goes higher when your guy would typically have the least amount of vertical speed at the time of impact? That does seem a bit counterintuitive.