These days city building strategy games tend to be the realm of either big, complex PC titles or small, microtransaction-focused mobile games. New Frontier Days: Founding Pioneers tries to find a middle ground as a game that’s relatively simple on the surface, but hides a fair amount of depth that can be overwhelming with its pace.

First things first, this is a game that really demands to be played with the Switch in handheld mode and using the touch screen. Using the buttons is workable for a while, but as your town gets more and more complex and your population grows, dragging the cursor around to select people and buildings takes too much time to be a long term option with the clock always ticking. 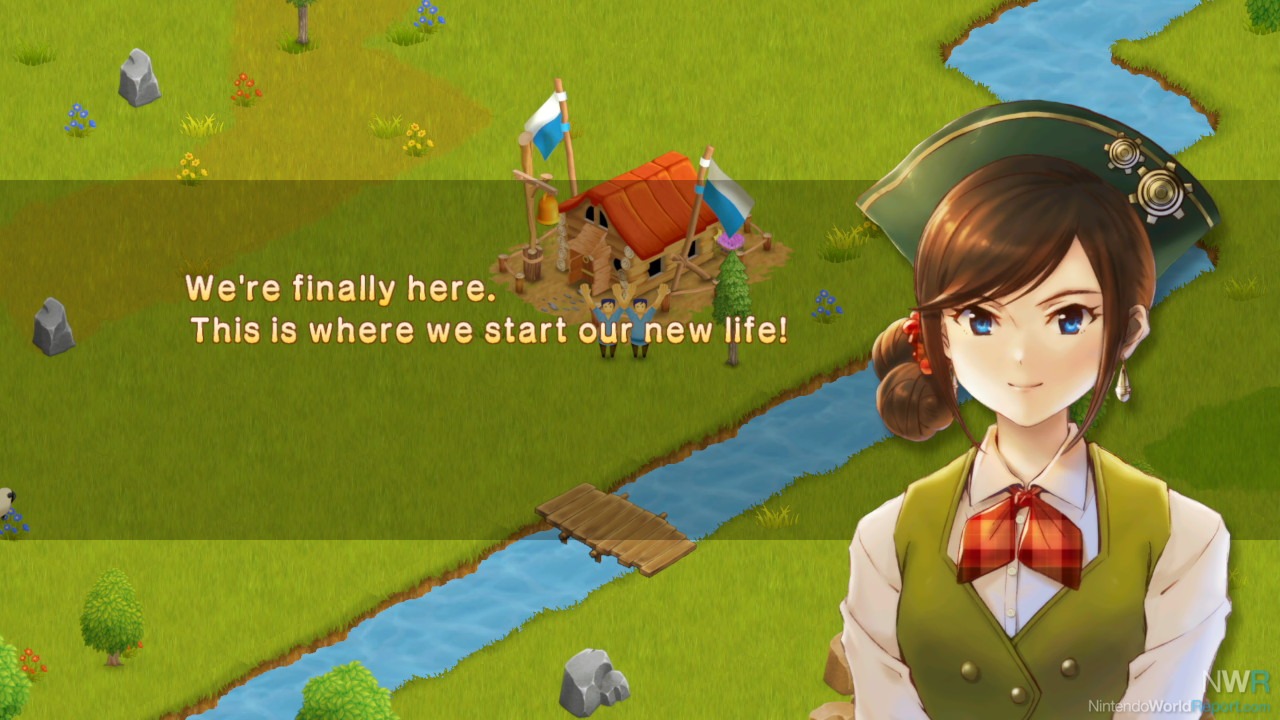 The gameplay in New Frontier Days is reminiscent of the old PC series The Settlers. You start with a headquarters and a couple villagers, and use them to gather resources to build more buildings, which can be used to increase your population and the amount of things you can do. Send one of your pioneers out to chop trees or mine stone, and then other pioneers manning a sawmill or quarry can process those resources into things you can use to create more complex buildings or sell.

The central challenge of the game is the ever-ticking clock. At the end of every in-game year (a few minutes in real time), you need to have built up a certain amount of food and money to hold a festival. Getting to that point requires a lot of juggling, making sure each pioneer is maximizing his or her potential. This can get very hectic, even before you hit double digit villagers. There’s never any real downtime, forcing you to jump from building to building setting up queues just to keep on pace for what you need for the festival and a bit of growth.

The game encourages you to start with the Story Mode, which includes a detailed tutorial that explains a lot of the underlying mechanics of the game, but also adds more long term goals that creates an even more hectic experience than the standard Survival Mode. Both modes include side objectives such as acquiring a certain amount of materials that get you bonuses like increasing the price you can sell goods for, which Free Mode doesn’t have any goals and allows you to apply those bonuses at any time. 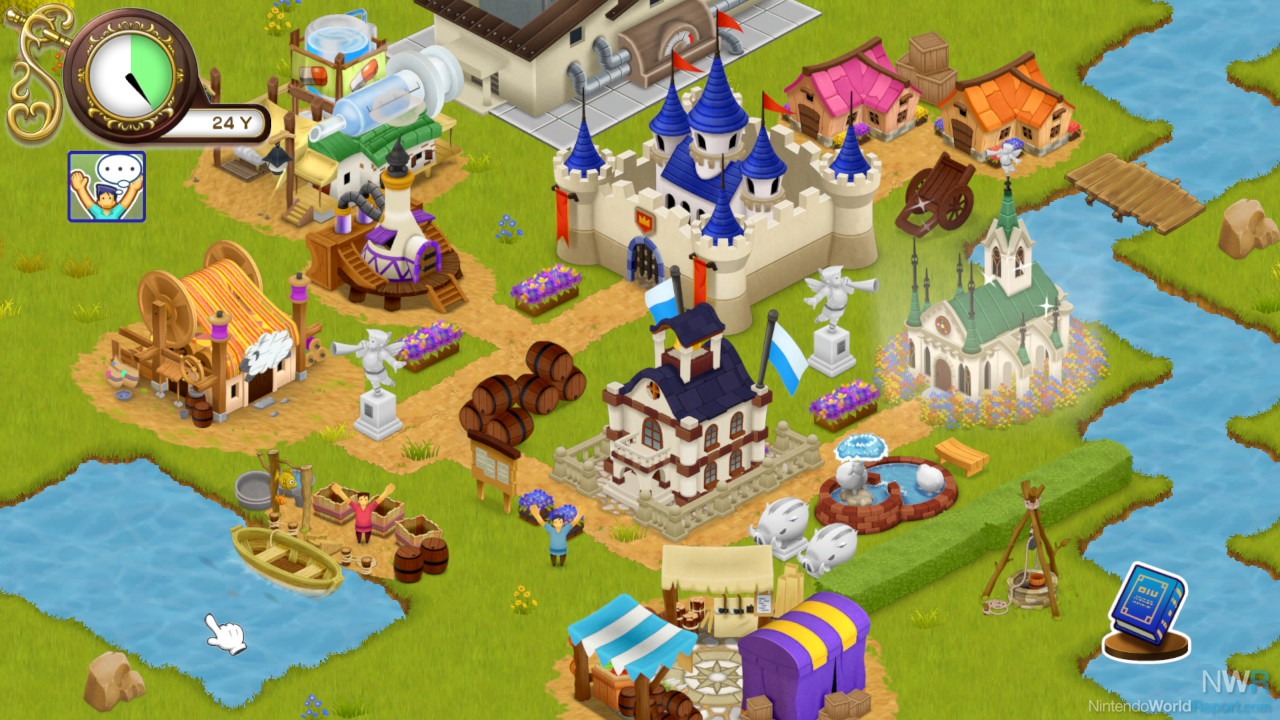 New Frontier Days offers a very different experience from anything else in the early Switch lineup, and I think it’s a valuable one for people who enjoy this type of game. While the game can be overwhelming at times, it’s very rewarding to see your little settlement grow and thrive. Unlike some similar games, it always feels like you’re playing an integral role in what’s going on, but that also means you always have to give it your full attention