I have a weird history with The Binding of Isaac. I’ve never played it on PC, and when I read what it was (essentially a roguelike 2D Zelda game), I balked. But then I was gifted a copy for the New 3DS and fell head over heels with it. I have logged something like 210 hours into that game, and most of that was spent on the broken versions of it that took like three patches to iron out. The thing was hard-locking my New 3DS and I didn’t care. But once I beat that game every way you can beat it (except for one way that’s apparently still broken), I managed to ease off my Isaac obsession and moved onto something less addictive—like Picross 3D Round 2. 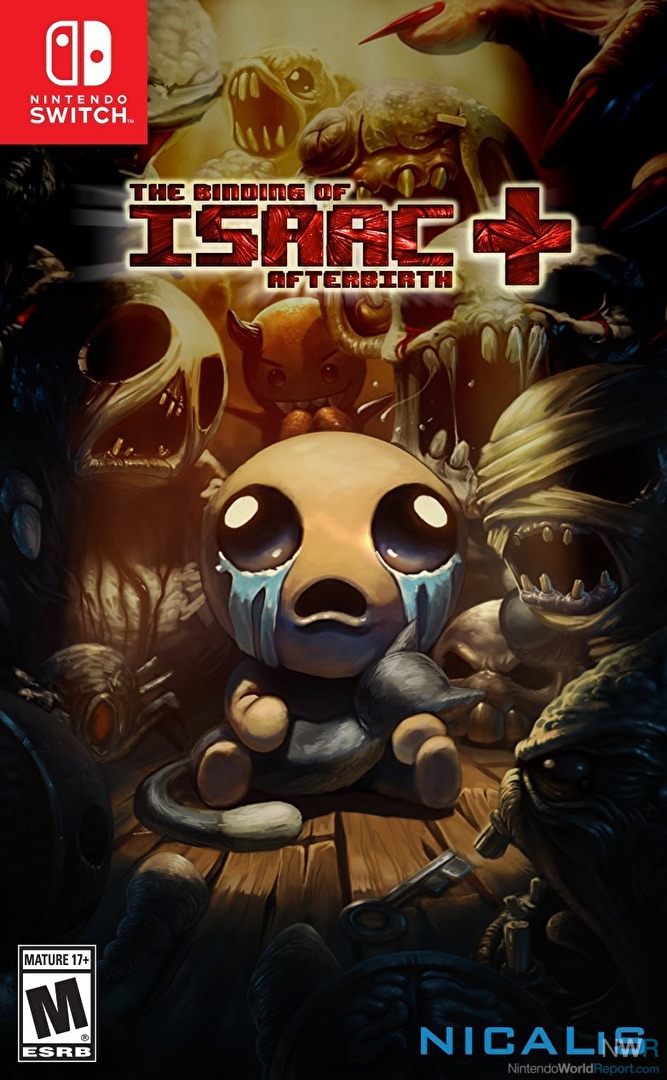 The newest expansion of The Binding of Isaac, called Afterbirth, was just released for the Switch in both physical and digital forms. I bought it physically because you get a little retro instruction booklet and stickers (that I’ll never use!). How does Afterbirth on Switch stack up to Rebirth on New 3DS? Guys, it’s not even a contest. Even if you’ve already bought Rebirth on New 3DS, if you enjoy that game, plunk down the scrilla for this upgrade.

Afterbirth isn’t fundamentally different from Rebirth—it adds at least one new character, some new enemies, new room types (trap rooms are particularly devious), a few new bosses, and most importantly, a whole lot more items to experiment with. There are even new versions of old stuff, like golden hearts & bombs, achievements and challenges. There’s a new game type, Greed Mode (which is a difficulty setting, oddly), which is essentially the Isaac version of Hoard Mode.* It’s an interesting sideshow. There are also Daily Challenges, which appear to take a pre-determined run and see how far you can get. The couple I did were very fun—unfortunately, Daily Challenges don’t seem to count towards unlocks or achievements.

Afterbirth never hard-locks, there’s never any slowdown, and having an actual second stick instead of face buttons or that New 3DS nubbin is a game-changer. Better control is welcome, of course, in part because Afterbirth is arguably a harder game than Rebirth. Even the early floors throw more enemies at you in any one room than in Rebirth. Again, though, hitting that perfect run and becoming an unstoppable murder machine is still one of the best feelings in gaming.

The game looks amazing in Handheld & Tabletop modes, although due to the game’s dark color palette, you’ll want to bump up the brightness setting and maybe turn off local light sources. It also looks fine on the TV, but maybe because of how I played Rebirth, I find that Afterbirth is an excellent portable game. 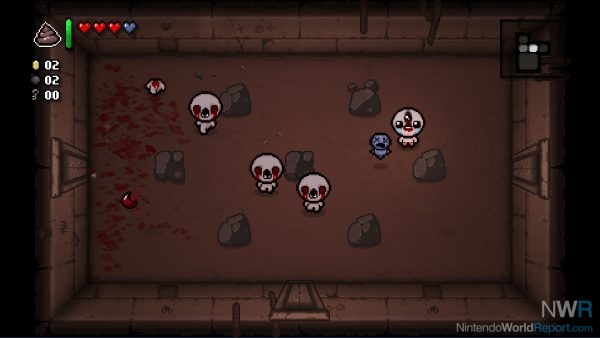 I will say that remembering what every item does is borderline impossible. The game really needs some kind of item index that explains what any given item does—maybe once you’ve found it once or something. I don’t love having the Binding of Isaac wiki up every time I play the game so I make sure I’m not screwing myself by taking, say, Soy Milk instead of Chocolate Milk. There’s a Bestiary now, which is nice, but also seems wholly unnecessary.

If you’ve never played The Binding of Isaac, I like to think that my Rebirth review sums up the game pretty well. Afterbirth is largely the same—just more of it. I think the game is supremely enjoyable, but it’s not for everybody. Now if you’ll excuse me, I have to travel through Mom’s Scarred Womb and destroy what appears to be a giant fetus before taking on Satan. Toodles!

*Hoard Mode is the name of any game mode that pits you against wave after wave of enemies. Resident Evil calls it Mercenaries.