I Am Setsuna (Switch eShop) Review

Like its Fire Emblem namesake, it falls into some holes.

Square Enix opened Tokyo RPG Factory a few years ago to help improve their RPG variety, perhaps inspired by the success of Bravely Default. The studio’s debut effort, I Am Setsuna, marks something unusual for a console launch, as RPGs are usually late launch window titles at best due to development time. But fortunately, Setsuna is a port of a PlayStation 4 game and is done and ready for day one. The throwback RPG features a good battle system, but some issues persist throughout the whole package that restrain it from mastery. 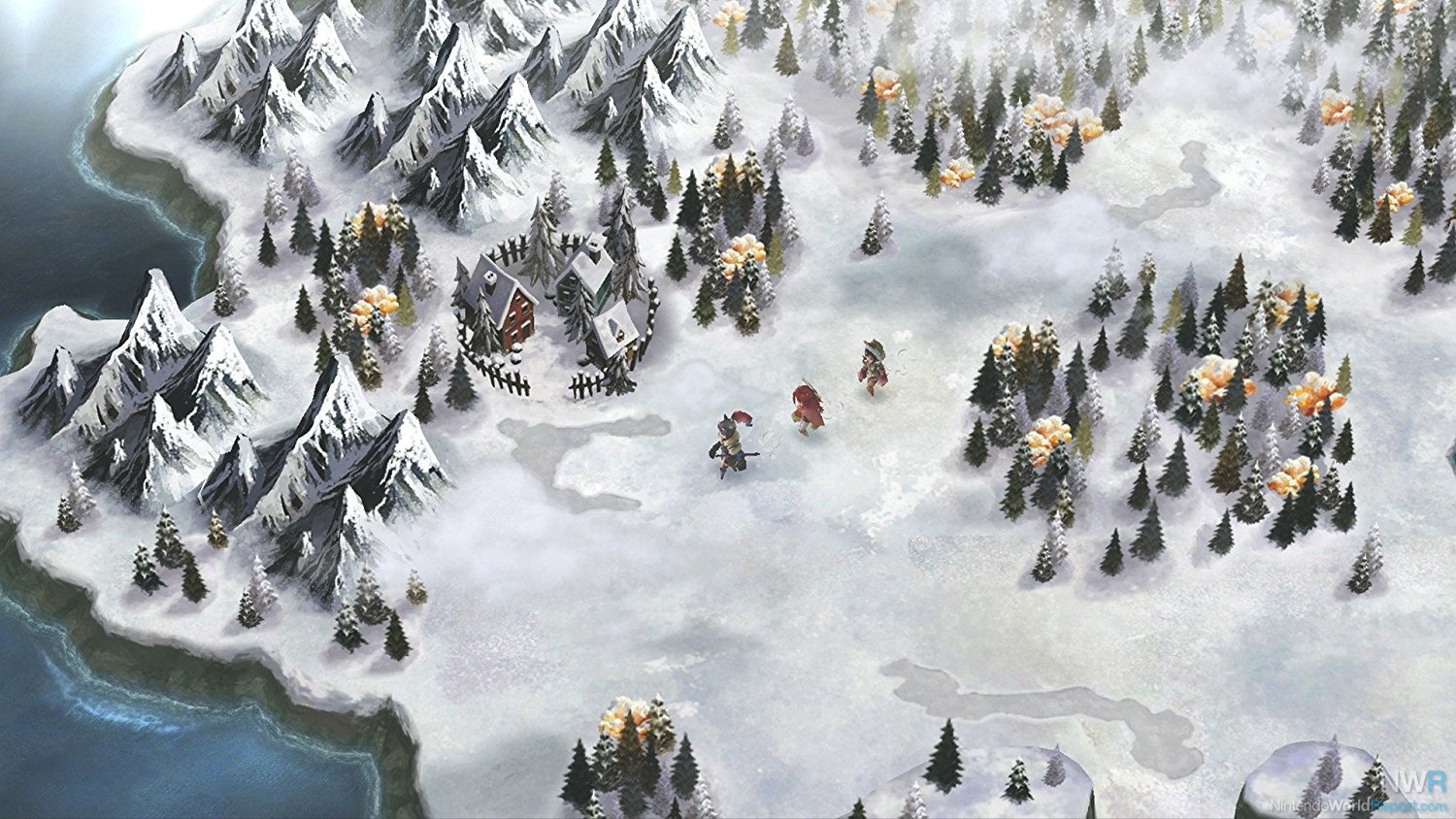 I Am Setsuna puts you in the role of Endir, a quiet mercenary who is hired to kill Setsuna, a young girl who is to be a sacrifice to stop a flow of monsters around the world. As Endir falls for his quarry, he becomes a part of her guard that grows quite quickly as they try to get to the sacrificial site, The Last Lands. It’s a basic story, which doesn’t give a lot of time for character growth and quickly forces the characters into stereotypes. I found the pigeon-holing of Setsuna as “the sacrifice” to be especially irritating after a while. The dialogue is well-written but cold, much like the perpetually snowy setting, and though you can offer different dialogue options for Endir, it doesn’t really mean anything until a late-game quest.

Fans of Super Nintendo RPGs will feel right at home with the battle system. You encounter enemies on the map and immediately jump into battle, with positioning affecting how certain techniques work. The battling is heavily inspired by Chrono Trigger with a dash of Super Mario RPG’s "timed hits" by way of the Momentum system. Tapping Y at the right time during the execution of an attack or magic spell will cause additional damage or buffs. Unlocking new double/triple techs is contingent on learning spells, earned through trading items dropped after battle or found randomly in the environment. If luck is on your side, it’s possible to pull spells far ahead of when they’d normally come in, but this mechanic can also lock you out of important spells and combos until you look up how to get the drop. Some of the items are ingredients for a recipe system that provide stat buffs, but I only had a single recipe at about 3/4 of the way through the game. The idea is nice but heavily underutilized.

If you’re not a fan of winter, stay far away from I Am Setsuna. Aside from the odd temple, the environments are either snow covered or encased in ice. The environment is very depressing, which makes sense when you’re taking someone to die, but playing for extended periods of time is a major downer. The constant snow also makes it hard to find drops on the map, as light blue blends into white very well and the audible “ding” they make when you walk by is drowned out by the music. The soundtrack is all piano tunes, stretching the instrument to its limits, but suffers in the long run from the same lack of variety.

Setsuna appears to run the same both in the dock and out. As a bit of an oddity, I played the North American version, but there were two different examples of an attack description being written in French. Every system setting I could find said English, and so did the other descriptions, so I would expect that to be fixed either in an update soon or at least with the free downloadable content coming in April.

A strong base game is at the core of I Am Setsuna, but it’s surrounded by some very depressing environments that make getting the best of the battle system difficult. Bundle up and get ready for a short story with a lot of snow.

A review code was provided by Square Enix.