Get ready for a trip to a side of Pokémon that you've never seen. 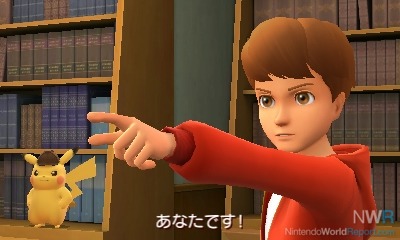 Great Detective Pikachu has been available in Japan for a few weeks now. There hasn't been any news of a release in the West but gamers in Japan seem to be enjoying the new adventure starring the talking Pikachu and his partner Tim Goodman. While the game oozes charm with both the visuals and fantastic voice acting, there are a few issues that keep this new entry from being something great.

The gameplay mechanics in Detective Pikachu are sound and easy to grasp. A majority of the time, players are navigating Tim through the game world and using the A button to interact with various things in each area. QTE sequences are even sparsely used. For example, early on in the game, players have to press the A button at the right time to avoid getting nailed in the face with a hot dog, and shortly thereafter you'll have to rapidly press the button to help Pikachu up to a ledge before he falls and breaks a leg. These are familiar and feel pretty good.

The touch screen also plays a large part throughout the duration of the experience. Important information such as different Pokémon and characters that you come across, items, a log of conversations and clues to help solve cases are easily accessible via buttons on the lower screen. There is also a Pikachu button that occasionally lights up when he has something to say. Usually this is something pertaining to the case at hand, but occasionally it will just be an offhand funny comment thrown in there for a laugh. When a case comes to its climax, players are tasked with piecing together what exactly happened by dragging icons of Pokèmon or items into specific areas on the lower screen. These are essentially very simple logic based puzzles and as long as you review your evidence (or have been paying attention to the story), the puzzles can be solved pretty easily. Overall it's super simple, but the variety in physical and touch screen gameplay keeps things interesting. 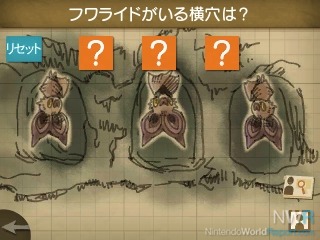 Overall, the narrative in Detective Pikachu is pretty lighthearted and simple. Throughout the game, things do continually get a bit more dark, but nothing along the lines of what you might find in other games in the genre such as Phoenix Wirght or the Telltale Games products. The voice acting is believable and entertaining with Pikachu stealing the show. The grizzled demeanor planted on of one of the most recognizable and cute Pokémon is surprising and hilarious from start to finish. There’s not a lot of depth here, but it’s a fun ride.

Visually, Detective Pikachu looks fantastic though does have some slight framerate issues here and there. This is usually apparent when there are multiple character models on the screen at the same time. These situations are few and far between, and outside of them, the game runs pretty smoothly. The engine is sharp looking and the close ups with characters talking look particularly nice. The various environments are carefully crafted and detailed and fit the visual style perfectly. Simply put, this is a pretty good looking game with a lot of attention to detail.

The problems that are found in Detective Pikachu aren’t new to the genre, however, they still can be annoying while playing through the game. There are times when players are forced to backtrack to obtain items that they came across earlier in the game. With this being a relatively simple title, it can be a little easy to figure out some of the cases before things have fully come to light in the story properly. For example, in one part of the game, I came across a mysterious device in a storage room that I would have loved to pick up and just carry around with me for its obvious use later in the game. However, I was forced to wait until a certain point in the story when a key character told me to grab the device to help complete a segment of the case. This makes for somewhat inflated playthroughs of a game that probably would have been over with a lot sooner. There is also next to no punishment to players should they make mistakes when trying to solve cases. If you do make a mistake, Pikachu basically tells you to try again until you get it right. On the flip side, this is a title that is obviously aimed at a younger audience but is something that older players should keep in mind before diving into the experience. 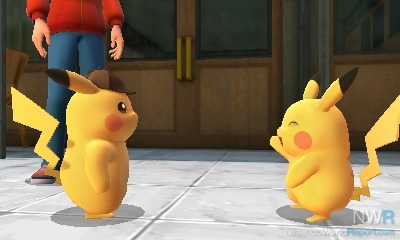 Great Detective Pikachu does a great job representing the world of Pokémon outside of the usual perspective of catching the creatures or simply using the characters in puzzle game type settings. The visuals are great and the sound, especially voice acting, is top notch. While the presentation of the game is phenomenal, the overall simplicity of the story and back tracking keep this from being a must own for people outside of the most ardent Poké-fans. It’s worth taking a look, but it doesn’t have the same reach that some other point and click adventure games have to offer.

7.5?!
Hand in your badge and gun Bivens, you're done.
You're a loose cannon, we need you to play by the books.
It's obviously way better than Hey You Pikachu, which you don't even MENTION in your review.


For more of this type of banter, see Famicast episode 73  :cool;

I wonder if they brought it over if they would need to redo the motion capture, maybe that's why it's taking so long for an announcement.

Interesting...  I would like to see it localized.  Seeing the Pokemon world from a different perspective sounds fun. ^_^

Im just waiting to find out if they will make an english version. Possible E3 reveal?

There's no way this won't get a west release to much wtf factor (that would sell) and it's a Pokémon game.

I see no reason as to why this won't make it to the West. It seems to me that they've put a lot into the game so it would be a waste to just keep it locked away in Japan. It's not perfect, but it's an interesting experiment that a lot of you guys would more than likely enjoy. 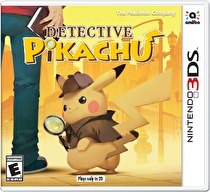