If you want to drown in fan service, menus, and gameplay systems, Final Fantasy Explorers is the game for you.

With such a large gap between numbered mainline versions as of late, the Final Fantasy series has fully submerged into the nostalgic zone with fun fan-service games such as Theatrhythm Final Fantasy and Final Fantasy Record Keeper. The latest one of those games is the Monster Hunter/Crystal Chronicles hybrid Final Fantasy Explorers, which is truly at its best when it lays the nostalgia on thick. In some moments, you are parading around as an all-powerful incarnation of Cloud Strife or Cecil Harvey, mowing down classic summon monsters like Ifrit or Shiva to bumping music ripped right from the classics. Those moments are when Explorers transcends its borrowed concepts and becomes something unique, goofy, and amusing. Those moments are decidedly fleeting, though, and while the rest of the adventure has its merits, it’s mostly a rote series of loosely connected quests hampered by endless menus and bouts of repetitive combat. 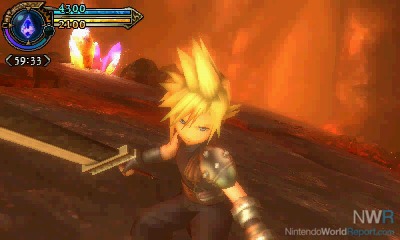 Explorers has no story to speak of, other than you’re an explorer exploring the world. Most quests are based around defeating enemies, whether it’s a number of common enemies or a boss monster. The majority of the bosses are Eidolons (aka the summons from past Final Fantasy games), which are visually stunning and make for great set pieces, even with the game’s lack of stereoscopic 3D. The boss battles themselves are all pretty simple: fire everything and try to dodge the big attacks. Dodging is problematic because the only way to sort of do so is to sprint, but sprinting takes down your AP meter, which is also tied to your abilities and spells. Basically nearly every single useful ability in your arsenal is tied to a single meter. Basic attacks aren’t very useful aside from building up more AP. The best strategy is to link together abilities. You can have eight equipped at once, ranging from weapon-specific skills to white and black magic. They all have a cool down when used and using them also builds up your resonance meter, which lets your unleash powerful crystal surges. There are tons of different crystal surges, most of which give you a boost in a specific type of damage, whether it’s an element or a physical attack like slash or thrust. Some of the surges are novel, like the one that does 1,000 damage for every hit or another where you turn giant for a limited time.

As if this game needed more systems and meters, there is also the trance meter, which is separate from your resonance meter. This is how you can transform into a captured Eidolon or a classic Final Fantasy character. For a limited time, you can wreck worlds with Squall, Terra, Lightning, Aerith, or others. If you get a crystal surge during this time, you might even be able to use a special attack exclusive to the character or summon. It’s super rewarding to deal heavy damage as Cloud and then bust out his Omnislash Limit Break as a finisher. However, it makes all of the action-packed moments of this game similar: you’re using abilities to build up your trance/resonance meter to then lay down the hurt. The repetition of this isn’t all bad, but it does wear thin over the 25+ hours of content packed in the game, even more so when the Eidolon boss battles repeat themselves often. 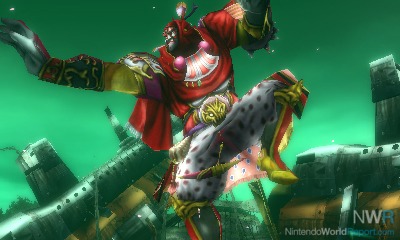 Final Fantasy Explorers doesn’t have experience points or levels. Instead, you earn materials to forge and upgrade weapons and gear to boost your stats while you purchase abilities and spells that can earn buffs as they’re used. The ability system is intriguing, as your abilities “mutate” when they’re used in certain crystal surges, so you can layer these mutations to make a super deadly ability that inflicts all sorts of debuffs and elemental damage. On the other hand, the weapon and gear systems fall apart because of how limited the weapon selection is. Unlike Monster Hunter where every weapon feels distinct, the weapons here just fall into melee and ranged. You can unlock up to 21 unique job classes, each with proficiencies in different weapons and abilities. There isn’t much of a sense of progression with the jobs, though. You can master them later in the game, but without any kind of level up system, each job feels more like a dead-end gig than the vibrant system in past Final Fantasy games or even Bravely Default.

In a manner similar to the Crystal Chronicles games or even last fall’s The Legend of Zelda: Tri Force Heroes, Explorers is best suited for multiplayer play. Almost the entire game can be played in multiplayer, both locally or online, and once you figure out how to join a room and a quest, it’s very fun even with a little lag here or there. Multiplayer is also the only suitable place to be something other than a tank, as support roles are far more useful here than in the single-player. If you can find a good online group or join up with some friends, multiplayer is, by far, the ideal way to play Explorers. 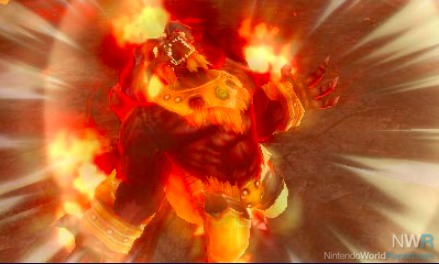 The single-player tries to account for this by letting you build up a team of monsters. Through random drops, you can catch ’em all so you can fight alongside Chocobos, Tonberrys, and more. It’s a wonderful help to make single-player less lonely, but it sadly doesn’t make up for not playing in multiplayer.

Final Fantasy Explorers is layered with systems and mechanics, some of which are great and others that aren’t. It all works best when it’s dripping with nostalgia, which might not make for an amazing game, but it makes for a good time if you’re a fan of Final Fantasy. It doesn’t have the nuance or depth of a Monster Hunter game, but it’s a decent, enjoyable experience that is well worth checking out, especially if you can play locally or online.

As one if the only people that seems remotely interested or excited about this game, I've been talking it up with a group of friends and pretty much established a nice party to quest with.

Games that function better online usually have a bit of growing to do. Monster Hunter was not the game it is today at the start, and that's okay. I hope that Explorers is able to find a second life here in the West, as I heard the Japanese sales were a bit disappointing. It's too bad, because I generally enjoy Square Enix's more traditional action RPGs (i.e. not Kingdom Hearts) and I think Explorers' formula could be refined with a few iterations.

In a manner similar to the Crystal Chronicles games or even last fall’s The Legend of Zelda: Tri Force Heroes, Explorers is best suited for multiplayer play.

Drats, I probably had no reason to but I was hoping this would have a decent single player. 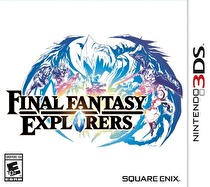