It threw itself at the ground and fell flat on its face.

The project that became Rodea the Sky Soldier has had a long and troubled history. Originally beginning as a Wii title, the game was held back to produce a 3DS version which would later serve as the basis of a Wii U game. Although it’s obvious why developer Prope was asked to make a handheld version of the title (so it could sell in Japan), there’s just some games that don’t work well on the 3DS. And between its framerate and limited control options, Rodea is definitely something that should stick to consoles. 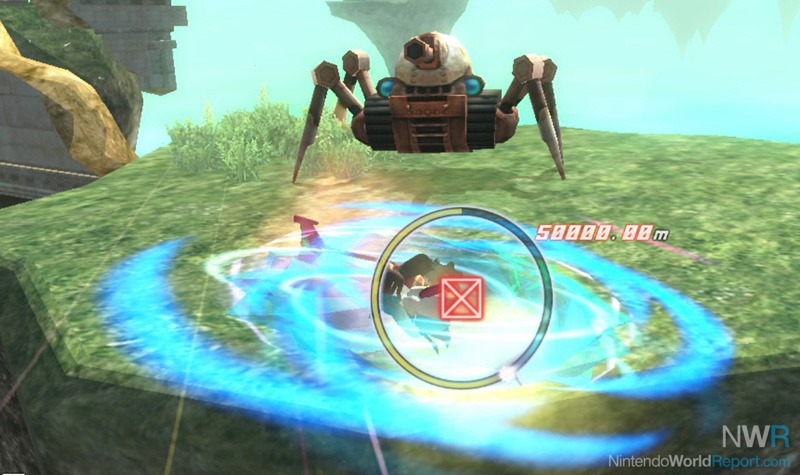 The plot is perfunctory. You play as the title character, who saved his kingdom of Garuda a millennium ago but in the process is thrown ahead in time, and the evil he defeated before is back for another round. You try to save the kingdom by destroying four Chronos Towers, which trigger the game’s boss fights. Rodea look very impressive; there’s great views and the draw distance lets you see where to go easily or swing off to grab a secret. The music is quite enjoyable for the atmosphere, but the sound effects such as the constant beep when you run low on flight power and the character voices will have you reaching for the nearest podcast. There’s a lot of exploration to do and hidden items to find, which I enjoyed but for the game’s controls.

In theory, the controls should allow for smooth flight, and there are moments when you’re flying through the air taking out enemies and having a blast doing it. Navigation on the 3DS is done by aiming at a target with the circle pad and pressing A to launch, either on the ground or in mid-air. But for every moment of joy, there’s a moment of frustration when you fly into a wall because the camera is having a fit. You can’t use the touchscreen or CPP/C-stick (if on a New 3DS) to control the camera, which this late after the release of the latter really should be an option. It’s inevitable that you’ll aim for a part of a platform, only to end up on the underside of the platform which leads to a minute or more of trying to get back out. Given that you’re graded on time at the end of each level, expect to get a lot of Cs and learn to accept it because the alternative is fighting the camera more.

The combat has you going for combos by firing at enemies with the B button, and it works as long as you’ve had a chance to build momentum before impact. Enemies aren’t an issue, but breaking into items will require some trial and error. Attacking and flying drains a circular flight meter that circles your character, but you’ll get some decent distance before it runs out. It won’t be as fast as you might like, though: if there’s more than one or two loose objects on screen, the game slows down massively. I’m not sure what framerate Prope wanted for this game, but if it was trying to hit 60 frames per second they maybe hit a third to a quarter of that. I don’t usually notice small framerate drops, so if I can see it, it’s a big problem.

The boss battles – which occur every three or four worlds, roughly – are another victim of the camera. The first boss requires you to fly to the top of a robot about 100 times larger than your character and crash into its face, then attack five different weak points down its body. There were several instances in which I got hit seemingly at random; despite what the life meter on the screen says, two or three hits is enough to take out one of your lives. I frequently lost track of where on the robot I was, which made what should have been a five minute boss fight into a 30 minute slog.

I’m not angry at Rodea, I’m just really disappointed. I figured that they held the console game back to create a great portable version of the game, which is why the Wii game is now coming with the Wii U one. There’s moments of fun to be found here, but I think I’d be better suited trying my luck on the consoles – at least there, I can expect a solid framerate and finer camera control. But the search for a quality 3DS character action game will have to continue for now.


I wouldn't be surprised if the best Rodea is the Wii game.


I wouldn't be surprised if the best Rodea is the Wii game.

I read rumors to that effect (ie: Wii game is the only one worth playing) from people online who had previewed the game.  Hoping it's not accurate... but wouldn't be surprised.

Yuji Naka has said that the Wii game is a flight action game while the 3DS/Wii U versions are flight adventure titles.

The Wii version is a completely different build and it's clear by a fast glance that it is the game Naka envisioned. I'm looking forward to playing that game, not the Wii U version. 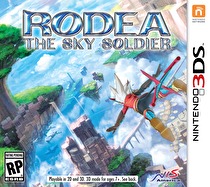