This game has so much going on, it's hard to know where to start!

Yo-kai Watch released in Japan over two years ago from Level-5, the developers of the megahit Professor Layton, with the goal of creating a game that would be “loved by many people over a long period of time”. If you didn’t already think this game was a Pokémon knock-off, that marketing perspective probably tipped you over the edge. However, Level-5 has successfully created a large, complex world filled with so much unique material and style that the only similarity left between the two franchises is the drive to “catch ‘em all”. 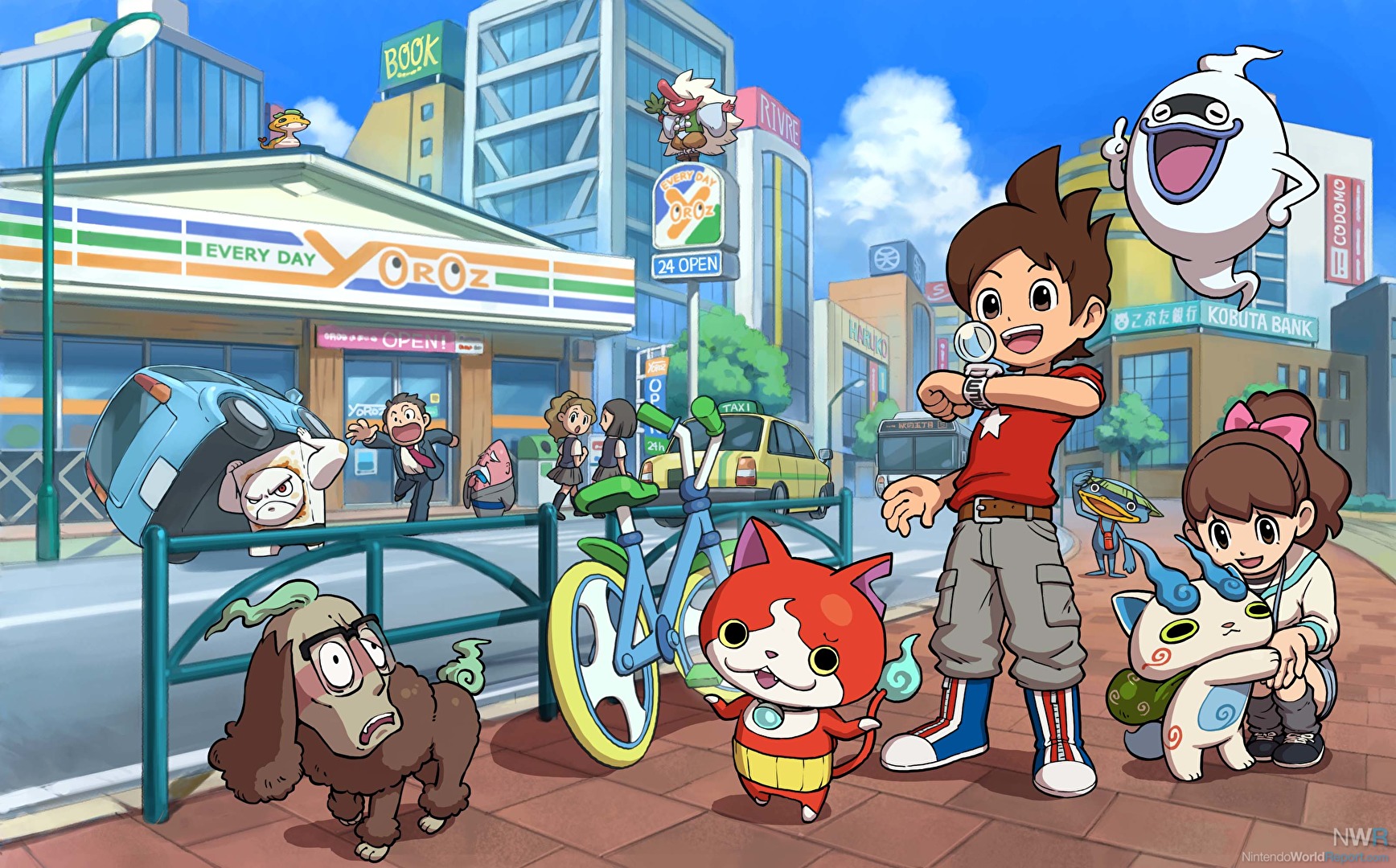 Yo-kai are spirits that roam the world unseen, sometimes messing with humans, but mostly keeping to themselves. Players can only see them by using their Yo-kai Watch, a device that can track and uncover Yo-kai. Mischievous or evil Yo-kai can inspirit humans, causing them to feel things that range from anger, happiness, or even hunger. Playing as either a girl or boy, gamers are tasked with stopping Yo-kai from interfering with humans while taking on the bigger mission of preventing a dark force from taking over their hometown.

The game is mission-based to move the overall story along. Every day you and your ghostly butler, Whisper, will decide on a goal and once you complete it, the day will end. However, the game takes on a more open world approach beyond this, allowing players to explore the town as much as they want before completing their goal. Fellow humans and Yo-kai sometimes have side quests for you to complete in exchange for money, items, or experience, and you can always grow your team by tracking down Yo-kai to fight or befriend. It’s easy to lose track of time while exploring, the overworld is huge and has hidden areas and items, areas to catch bugs and fish, and dungeons.

The day’s mission can sometimes change up the town by adding new obstacles or rules that make it harder to get around. It keeps the game fresh from day to day so even if it’s just another fetch mission, there may be an extra challenge to it. Sometimes players get to play during the night, which has its own twist: Terror Time. Occasionally a huge Oni will appear, and with it, tiny Oni that will alert this boss to your presence. The boss is an insanely strong Yo-kai, so if one shows up, your only goal is to find a way to safety. Tempting you along the way are special item boxes, but if you're spotted, the Oni will run after you, so be careful. If you’re caught, players will lose any items they collected and be sent back home, ending the night sequence.

The amount of attention Yo-kai Watch put into battling is staggering and a bit hard to grasp all at once. The game helpfully introduces new concepts slowly throughout the game, so you can first get your bearings before a new element is added, but it basically boils down to a huge emphasis on strategy. 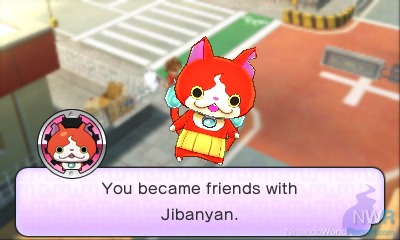 There are two goals to battling: gaining experience and befriending Yo-kai. Sometimes a Yo-kai will be so impressed after a battle that it will ask to join your team, however, if you figure out its favorite food and toss it to them during the battle, you can pretty much guarantee a new teammate.

Once a Yo-kai decides it likes you, it will give you their Medal, which you place in your Medallium, a book that also serves as an encyclopedia. There are over 200 Yo-kai to catch, including rare Legends that can only be caught when you’ve filled up a specific page in the Medallium. Yo-kai can also be caught multiple times, but will have different attitudes than others in your collection, kind of like Pokémon EVs. Besides battle, Yo-kai can be upgraded through fusion with other Yo-kai, synthesis with items, or evolution if they reach a certain level. Yes, I know, it sounds familiar, but like I said, there's more to the game as a whole. 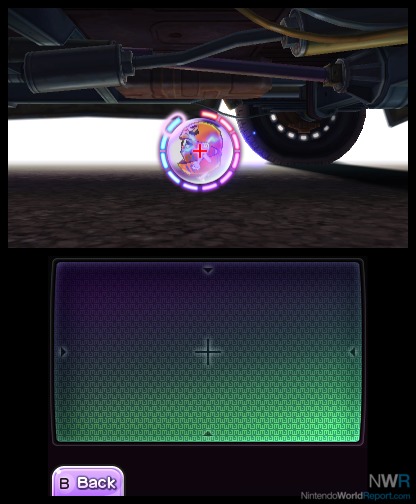 To find more Yo-kai, players can either explore a dungeon or use a radar equipped on their watch to find hiding spots to search. Dungeons are where stronger Yo-kai hang out in the open and can be as straightforward as a back alley or a little more complex with simple puzzles and mazes to navigate. Enemies show up on your map and can be easily avoided if you just want to look for items. However, many areas require you to upgrade your watch in order to explore the whole area.

When using the radar to find Yo-kai, players will need to use their stylus. The game perfectly utilizes the 3DS’ stylus in different ways, starting off with a simple search function. As you move the stylus on the screen, a looking glass scans the area for invisible Yo-kai. The spirits will only appear in the small circle, so it’s important to scan the area carefully. Once spotted, players must keep the Yo-kai within the circle until the meter is full, triggering a conversation or, most likely, a battle.

These battles aren’t turn-based, so your Yo-kai will automatically starting attacking on their own. Players contribute by basically managing the battle through their watch. You can equip six Yo-kai at a time, but only three will participate in battle at any given time. Your team is organized on a circle on your watch and can be instantly switched in and out of battle by moving it around with the stylus. The team’s order can’t be changed while in battle, though, so if the Yo-kai in the middle is knocked out, you have to move the circle twice over to get them out, which will also remove the Yo-kai that was next to them. In other words, placement is very important. Additionally, Yo-kai of the same tribe, or type, can boost each other’s attributes if placed next to each other. 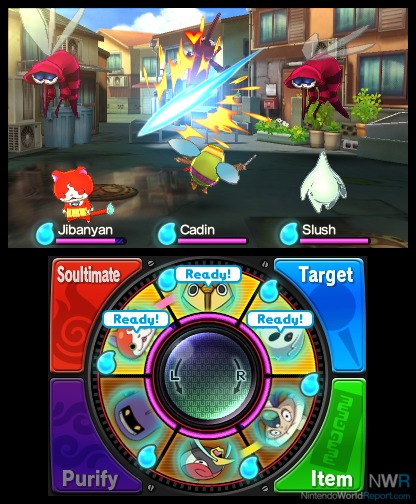 Besides normal attacks, Yo-kai have special Soultimate moves that can be triggered once their soul meter is fully charged. These meters refill automatically during battle, but can be hastened with items or by attacking an inspirited enemy. Players will have to complete a type of mini game (while the main battle still rages on, so be fast!) that can involve things like tracing shapes or tapping moving targets on the touch screen. If an enemy inspirits your Yo-kai during battle, you can cure them by switching them out and purifying them, which also involves a short mini game-like action. Since there are usually three enemies per battle, you can also tell your team which enemy to target by throwing a pin at them using the stylus. Glowing wisps can also appear during battle and release a prize if you hit them with your pin.

It’s important to take the time and seek out Yo-kai to battle when you get your first full team assembled. The game won’t remind you of each Yo-kai’s Soultimate attack, what their strength or weaknesses are, or anything else about them while in battle, which creates a steep learning curve when you’re just starting out. Practice with your team is super important.

Since the battle never stops, you have to keep track of a lot of elements in real time and adjust your strategy while deciding if you’ll offer food or try to go for that wisp that just appeared when a team member’s health just got low. Boss battles also involve weak spots that sometimes move, so you have to keep an eye on them. It can be chaotic, but once you get the hang of it, it’s a lot of fun. 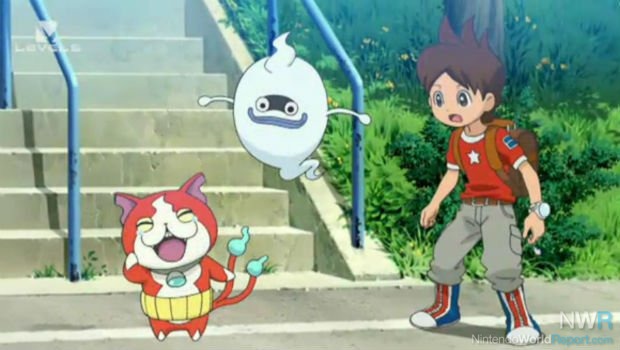 Aside from the story and battles, the game has a lot to offer. The music and animation are spot on. Everything moves smoothly with quick load times and fast cut scenes with fun melodies and sound effects to accompany them. As a Level-5 game, high quality animated sequences for key story moments are expected, and Yo-kai Watch doesn’t disappoint. Even smaller scenes can be fully voice acted and every Yo-kai has a unique voice. The dialogue and story are seriously hilarious at times, and surprisingly topical, with one character even quipping “I’m not the government, so don’t expect a bailout next time”. The overworld is lush and cheerful with hidden areas to explore and cute extras, such as triggering a special Yo-kai if you repeatedly ignore the crosswalk lights.

StreetPass allows you to send Yo-kai to other users. These spirits show up at a special manor and will either fight or give you gifts. Just like the rest of the game, players have the chance to befriend these Yo-kai, unless they are especially rare. Since every Yo-kai you catch can be uniquely named, don’t be surprised if you see some pretty oddly titled spirits appearing at the manor. The 3DS’ camera is also used and can help you fill out your Medallium and get bonus rewards. From the main menu, players can select the Yo-kai Cam and follow the directions to complete the daily challenge.

Like the manor, there are other special buildings that serve multiple functions. For example, if you take enough pictures with the camera, rewards will be unlocked for pick up in the post office. The post office also can connect to the internet to check for prizes, and give items for correct passwords obtained through an ongoing crime fighting side mission. 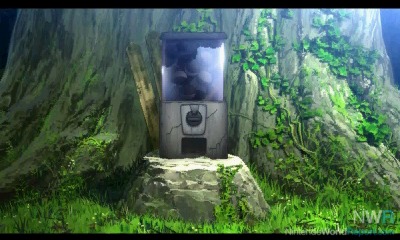 If you obtain a QR code for the game in real life by buying a toy, the bank will give you a Yo-kai Coin to use on the Crank-a-Kai. Coins can also be found occasionally throughout the game. The Crank is a prize machine that will give players either a rare item or a Yo-kai and can be used up to three times a day. If you don’t have a coin, ten Play Coins can be used instead. Make sure you use this often, as some Yo-kai can only be obtained at the machine.

PvP battles are also possible, but I wasn’t able to experience it during the review. Players can go to the post office to connect to a friend and earn different titles based on the result of the match.

The game was so successful in Japan that its sequel knocked Pokémon Omega Ruby and Alpha Sapphire off the top spot in 2014 and it’s easy to see why. While a lot of missions boil down to a lot of fetching and running around, the charm behind the story and strategy-driven battling system create a fun world to explore and master. It’s a fresh take on the genre that can pull in more than just Pokémon fans waiting on the next game. Yo-kai Watch is a surprising hit that builds on itself the more you play, demanding more thought and focus than its cheery exterior suggests.

It's just PvP battles like I mentioned, but I wasn't able to experience it with only one copy. I believe it's local only though, which seems short sighted.

There are 3 save files in the game, which is great! You don't usually see that in large handheld games like this. 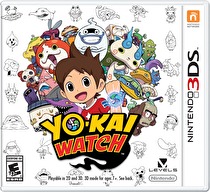