My immediate thought when Super Mario Maker was revealed in 2014 was that I was excited to have a near endless stream of 2D Mario levels available. While I admired the intuitive tools and the ample Mario Paint references in early demos, I wasn’t anticipating getting too invested in the creation of levels. After many hours with the final product, my expectations were essentially flipped: the act of creation in Super Mario Maker is a wondrous joy, and I vastly preferred making levels to playing what others came up with. Seeing what other players create is still fun, but sitting down with the GamePad and making your own levels is an incredible experience. 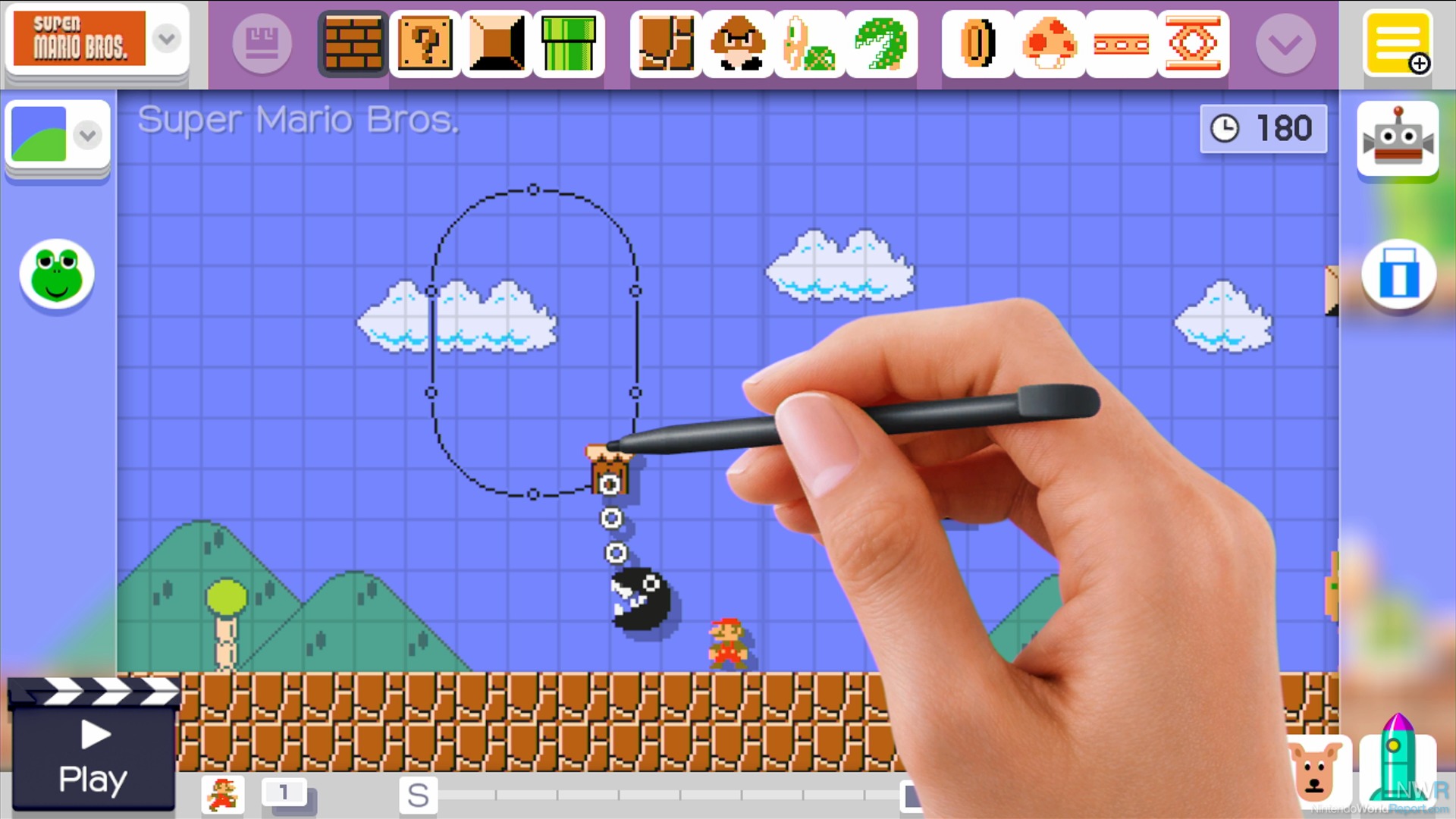 Unfortunately, it takes a leisurely nine days to unlock all of the creation tools, but even from the get-go, building your very own 2D Mario levels is engaging. Figuring out how the pieces can fit together and seeing what secrets are hidden in the interactions between each object is wonderful. Throughout the review process, I kept on discovering new uses for enemies and items through my own works and other’s. Once you have all of the tools, you can do crazy awesome things like place a giant winged Goomba underwater, build a mini Bowser army, or add in your own sound effects. It truly is a delight to just kick back and experiment with 2D Mario level design, and in my first weeks, I’ve created levels focused around spin-jumping off Yoshi to make far-off jumps and put together insane hellscapes filled with a bunch of angry giant Wigglers riding in Koopa Clown Cars while Lakitu throw out even more angry giant Wigglers.

Making the creation experience even better is the spectacular sound design. The way the music shifts when you’re editing a level and then testing it out is amazingly charming. Even the way that the game speaks every item you place helps add to the rhythmic beauty of the sound. Visually, seeing how the tools for each of the six level types look across the four different art styles is similarly magnificent.

The possibilities for creation are vast, but if you’re familiar with 2D Mario games, it’s not quite the endless array of possibilities that we might have hoped for. It’s missing a wide variety of enemies and power-ups (No Charging Chucks, no Rexes, no Penguin Suit, no Frog Suit, etc.) from each of the art styles. You can’t make slopes. You can’t add in locked doors or secret exits. You can’t string together levels to make your own world. The tools present in the game right now are still immense, creative, and fun and a lot of the limitations and absences make some sense, but it’s still ultimately disappointing.

The limits of creating levels also funnel back into the limits of playing them. Offline, the game comes with more than 60 original levels made by Nintendo that do a great job of showing off what the level editor can do. You play those levels through 10 Mario Challenge, where you play through eight of those levels in a row on only 10 lives.

When it comes to hopping online and playing user-created levels, you only have a few methods to do so, the majority of which treat every level as a standalone entity. You can sort through the whole assortment, broken down by high-ranked, up-and-coming, and featured levels, or you can input a long code to access a level directly. In both of those cases, you select a level, you try to beat the level, and maybe, if you want to see how the player built it, you download it and fool around. There isn’t any progression or nuance, and the sorting and filtering is mighty clumsy. 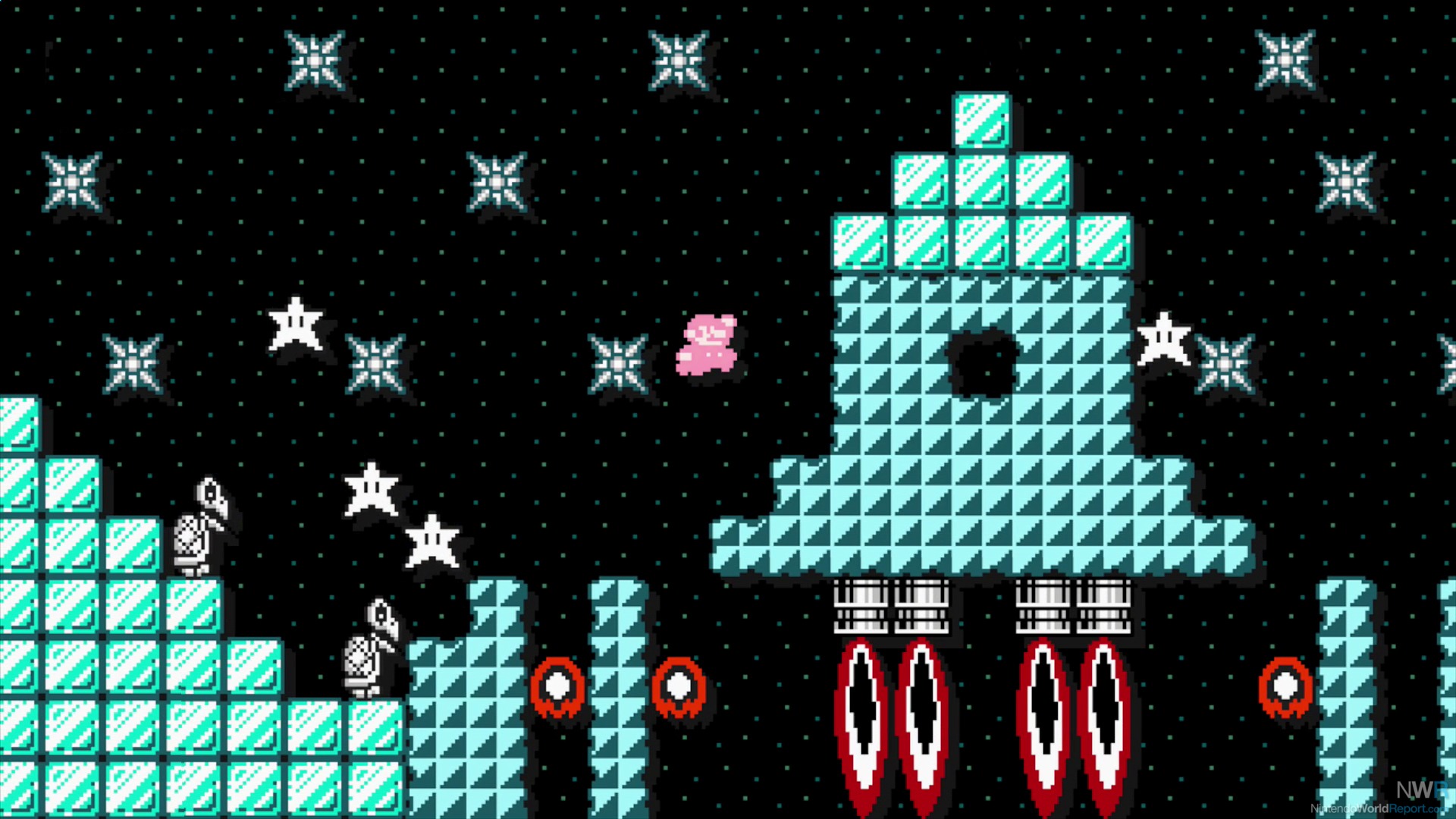 The closest the playing portion of Mario Maker has to progression is the 100 Mario Challenge. Coming in several difficulty levels, this mode throws random created levels at you as you’re tasked with completing eight or 16 levels in 100 lives. 100 Mario Challenge is a fantastic way to try out a random assortment of levels made by others, and luckily, the ability to skip a stupidly hard or boring level is as simple as holding a button or swiping the touch screen. Completing this mode is also the way you unlock the costumes, which are adorable 8-bit renditions of various Nintendo and Smash Bros. characters (and also can be unlocked with Amiibo).

Playing levels in Super Mario Maker definitely depends on the talents of the players making them, but creating and toying with levels is way more compelling than I could have ever expected. The limitations might be bothersome, but at the end of the day, it doesn’t matter because crafting your very own Mario levels makes for an incredible feeling, especially with how easy-to-use the interface is. Super Mario Maker is a supreme early leap into the world of game-making software for Nintendo, and I want to see them make more fascinating games like this, even if I can’t place a Charging Chuck on screen.

I wonder if the online finding levels interface can be fixed. Nintendo seems more keen on patching games now.

Either way, looking forward to just trying out random creations from people. I like a challenge, and pretty sure users are going to make harder levels than Nintendo has done in a long time.

You could make "secret" exits where there's a hidden door that leads directly above the primary exit or such.

I bet this game will receive additional features via updates over time, Splatoon style.

Bummer about the weak interface for finding levels.  For me I would think a big draw would be designing levels specifically with my friends in mind and asking them to try them.  You figure they could just search for my user and see all the levels I've created like it's my YouTube channel.

This seems like typical present-day Nintendo.  For the most part the game sounds really awesome but then you get questionable designs like the 9 day unlock and the interface for finding levels.  It is very odd that a company that can really deliver the goods will consistently get the easy stuff wrong.  Only Nintendo would struggle with making a decent interface for sharing levels.  All over the internet people share movies and photos.  So why is this hard for Nintendo?  Don't they use the internet in their personal lives?  Has Miyamoto never used YouTube because if he has why would he not see it as a design to copy for sharing content online?  A practical interface is not hard because users just want it to work so you can copy from existing software.  Thinking outside of the box to come up with new creative game ideas that stand out in a crowded marketplace?  That is hard.  Yet for Nintendo that's actually the easier part.  Huh?

I'm definitely looking forward to Super Mario Maker. Coincidentally, I have nine days between release day and when my "vacation." I don't have time to play the game much before then. I still think that unlocking method is silly, but it just happened to work out for me.

Hopefully, the game will be updated with new and complex elements and improvements in the search and filtering options. From video, Nintendo wanted simple options in the Course World search that don't hold up for power users or those searching for specific design goals.

If the online sharing isn't very good, then I think that's a pretty big detractor.

I'm mainly buying it to play other people's levels, so if the interface for finding them isn't good that's a major issue.

Look, you don't understand, the world isn't the same without Torpedo Ted.

The thing to be mad about is the inability to truly make your own Mario game. It would have been nice to make your own custom final battle and ending, along with Mario world/Mario 3 maps. We basically get 8bit NES Mario stages that can be changed into 3 other styles. Nobody seems to be upset about that

Meh. I think it depends on what you want from a Mario game - even if it is Mario Maker.
The game is awesome in many ways. It has some flaws that might affect some people's enjoyment more than others, but shouldn't prevent anyone from having a good time.


I also think an 8 is a perfectly fine score, and means the game is worth owning... so I don't see why rating a game that is very good but still had room for improvement an 8 is "silly".

Based on my time with 100 mario challenge, most of the user created levels are bland or crap, a few have been good, but none have been great enough that I could imagine seeing them in a real Mario game.


And i'm wondering why I haven't unlocked any more editing tools even though I spent a good 40 minutes last night editing (and yes I have the 1.0.1 patch). You can't really create anything good with only the Level 1 editing tools

Edit normally until you get the truck, then stretch the stage as far as it'll go and start making a ceiling. 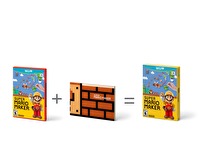