Despite some questionable AI, this is well worth playing.

Now here’s an interesting game: developed by Upper One Games in Seattle with a ton of input from the Cook Inlet Tribal Council and Inupiaq writers and artists, Never Alone seeks to educated people about Alaska Native culture while they essentially play a story from their traditions. It’s a lofty goal, and one I heartily approve of. Having lived in Alaska all my life, I’ve come to know many Alaska Natives, but while I’m familiar with what you might call the archaeological aspects of their old ways of life, I was never exposed to their stories or philosophies. Never Alone has changed that, and I am grateful.

The game itself is fairly simple: you control both a girl named Nuna and her Arctic fox companion as they try to discover the source of a fierce blizzard that threatens Nuna’s village. During their travels, the pair come across many different characters in Alaska Native mythology. The two have different abilities: Nuna can drag objects and use a magical bola to break objects (warning: the bolas takes a lot of getting used to). The fox can climb sheer surfaces, wall-jump, and communicate with spirits. You can swap between them using the Y button, and for most environmental puzzles both of their skills will be required to proceed. If you have a friend over, Never Alone offers local cooperative play. Overall, the gameplay reminded me of Limbo but far less bleak. 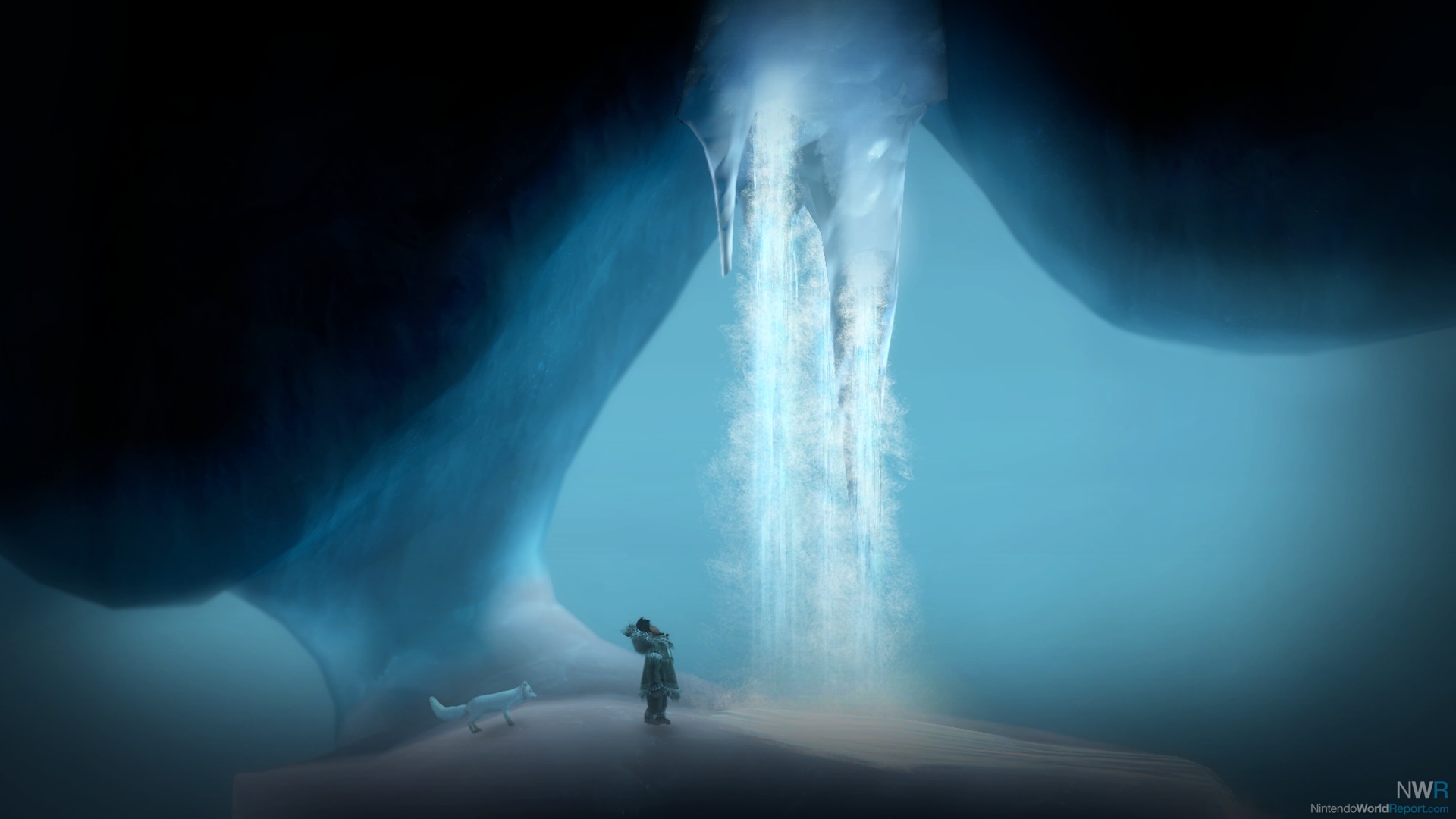 The game is not entirely frustration-free, however. Your AI companion is about as smart as a bag of glacial till. In one particular area, where Nuna and the fox are traversing treacherous icebergs, the AI demonstrated a singular talent for self-destruction. This also happened while the pair attempted to avoid being stolen away by the Northern Lights: the AI ran headlong into their deadly embrace. What this means is that you can’t actually trust the AI to do anything right, and you’re constantly switching between the two characters. This can get old, but it’s not game-breaking. More problematic are the times when you have to do two things at once and the AI won’t cooperate, like when the fox is supposed to be coaxing spirits to help Nuna proceed but he (the fox) won’t stay in one place.

There are also some odd physics-based bugs in the game. Characters will get stuck of geometry or freeze in mid-air, which eventually registers as a death. Nuna won’t grab some ledges consistently. Anytime you combine the partner AI with an environmental bug, you’ll get hilarity and sadness.

During your exploration, you’ll often come across a snowy owl. Doing so will unlock “Insights,” short narrated videos explaining some aspect of Alaska Native stories or culture. I found these videos fascinating, and was always eager to watch new ones. You also find “Artifacts,” which are photos with accompanying text of subsistence tools. It continues to boggle my mind that people lived, survived, and thrived in the northern part of Alaska for thousands of years. During my time with Never Alone, I came to find the Insights and Artifacts to be my favorite part of the experience.

Despite the game’s AI issues, Never Alone is definitely worth playing—maybe with another person. It’s a very short game and can be finished in two or three sessions. But it’s the educational aspect that I appreciated most, and I imagine you will, too. The way the stories are incorporated into the gameplay are clever and appear true to tradition. I hope Upper One Games continues in this vein—but maybe could improve a few things for the sequel.

Seems like the very essence of indie games: great concept that doesn't quite have the coding to back it up.  I'm still very intrigued by the game though, because I really like the way it puts a focus on culture and experiences that don't normally get attention.

I've been looking forward to this game since it was announced, a little disappointed to hear that it has some issues but I'll probably still pick it up at some point.  The educational aspect sounds interesting, we visited the Native Alaskan Heritage Center in Anchorage while on vacation last summer and really enjoyed it.  My wife isn't much into video games but maybe I can convince her to play it with me since she would be interested in that part.

Sounds like most of the complaints can be resolved by making sure you play co-op. Might pick it up to play with the Mrs.

I played through this on PS4 with my SO.  It's really worth playing if you have a couch co-op buddy.


This game has a deep discount applied this week (Oct 13th, 2016) in the Wii U eShop.  If you were curious but still on the fence about buying, it might be a good time to reconsider.