Short and sweet, Clive’s second adventure is even better than his first.

Gunman Clive was a surprising breath of fresh air when it hit the 3DS eShop in January 2013. With an interesting art style and rock-solid Mega Man-esque platforming, this bite-sized adventure was perfect for the handheld. Two years later, the sequel, Gunman Clive 2, builds on the brilliance of the original with more playable characters, more inventive stages, and more excellent platforming. 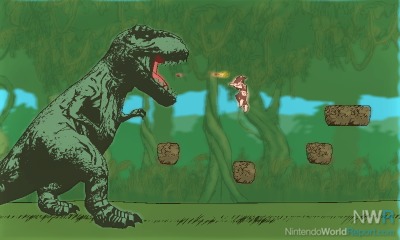 It does that, in part, by having a similar structure as the original. Across 25 stages, you control the titular gunman, his beau Mrs. Johnson, newcomer Chieftain Bob, or a secret character (unlocked after clearing the game once). Each character is quite different as Clive jumps and shoots, Mrs. Johnson hovers like Princess Peach, and Chieftain Bob can only attack with a close-range spear. While the game doesn't significantly change when you play through it with another character, the fundamental mechanic changes makes each character's adventure feel unique. Throw in three different difficulty levels, and Gunman Clive 2 offers a lot of challenge and variation.

The stages are spectacular, dwarfing most of what the original offered. They are just way more alive, as the novel graphical style looks even better and varied than it did before. Most every stage has a unique setting or style, whether you’re walking among the dinosaurs or fighting ninjas on top of a dojo. Some of the most notable stages, though, are the ones that break up the platforming. In one level, you ride a panda and have to outrun a saw. In another, you ride a pterodactyl through the clouds. It’s both awesome and insane. 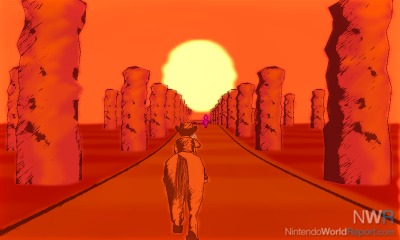 Gunman Clive 2 doesn't last long, as the initial playthrough takes less than two hours, but it's such a consistent, entertaining ride that length isn't a major issue. It feels like a full experience and the end only left me wanting more. Gunman Clive 2 is a fantastic 2D platformer that improves upon the original in just about every single way.

So is this a case of "price, quality, length: pick two"?  I'm totally ok with that and look forward to playing the next chapter of the Gunman Clive series.

It's hard to call "it's short" a con when you consider the pricetag, but I understand it left you wanting more so it's not the ideal game to you, in that you would have liked it even more with more length.


I loved the original and I appreciate your review because it basically told me I'll also love the sequel.

I haven't even beat the first one yet... got all the way to the Moon, which is when challenge really ramps up.  Loving the game though.  Definitely a great way to get your oldschool Megaman fix on.

This game has been frustrating so far. I have really fond memories of the first and I think they ramped up the difficulty right from the get go. You go through long segments of moderate difficulty just to get to one tough part right before the level ends where you die and die, and it's very time consuming and rage-inducing to be continually sent back to before the long, boring part. Add to that a lot of obstacles where you will not know what to do the first time through and will have to die to learn what not to do, and you have yourself a maddening time-waster. I find myself ragequitting regularly and then resuming the level later, only to beat it and find a new obstacle and do the same thing again and again.

Loved the first game.
Love the sequel.
Am sad the developer went the sequel route instead of the original game he said he was going to do. :(

Liking this game, but the levels have some "gotcha" moments that no one could see coming, resulting in death most of the time.

Just beat it a couple of hours ago, and the difference between my clear time ingame and my activity log is 15 minutes. That's a lot of quick deaths given how fast you recover.

I'm reviewing the game myself and I'm not as high on it as Neal, but I'd say it's worth picking up to kill a couple of hours. If they patched out those screw guys and let me ride Bamboo Pandamonium more, I'd probably be a 9/10 myself.