Turn-based Strategy. Hours upon hours of gameplay. Aliens. What's not to love?

My brother walked in on me playing Falling Skies: The Game and promptly remarked: "It's just like X-COM!" The comparison is apt; Falling Skies owes much to the seminal 1994 release X-COM: UFO Defense, which combined squad-based, turn-based strategy gameplay with simulation/RPG elements.

However, whereas the original X-COM's brutal AI maliciously hunted down and slaughtered my entire squad in the first mission of that game (I was 12-years old at the time), Falling Skies is much gentler. More than two decades later, I can play this game and not want to curl up in a corner of the room and cry. 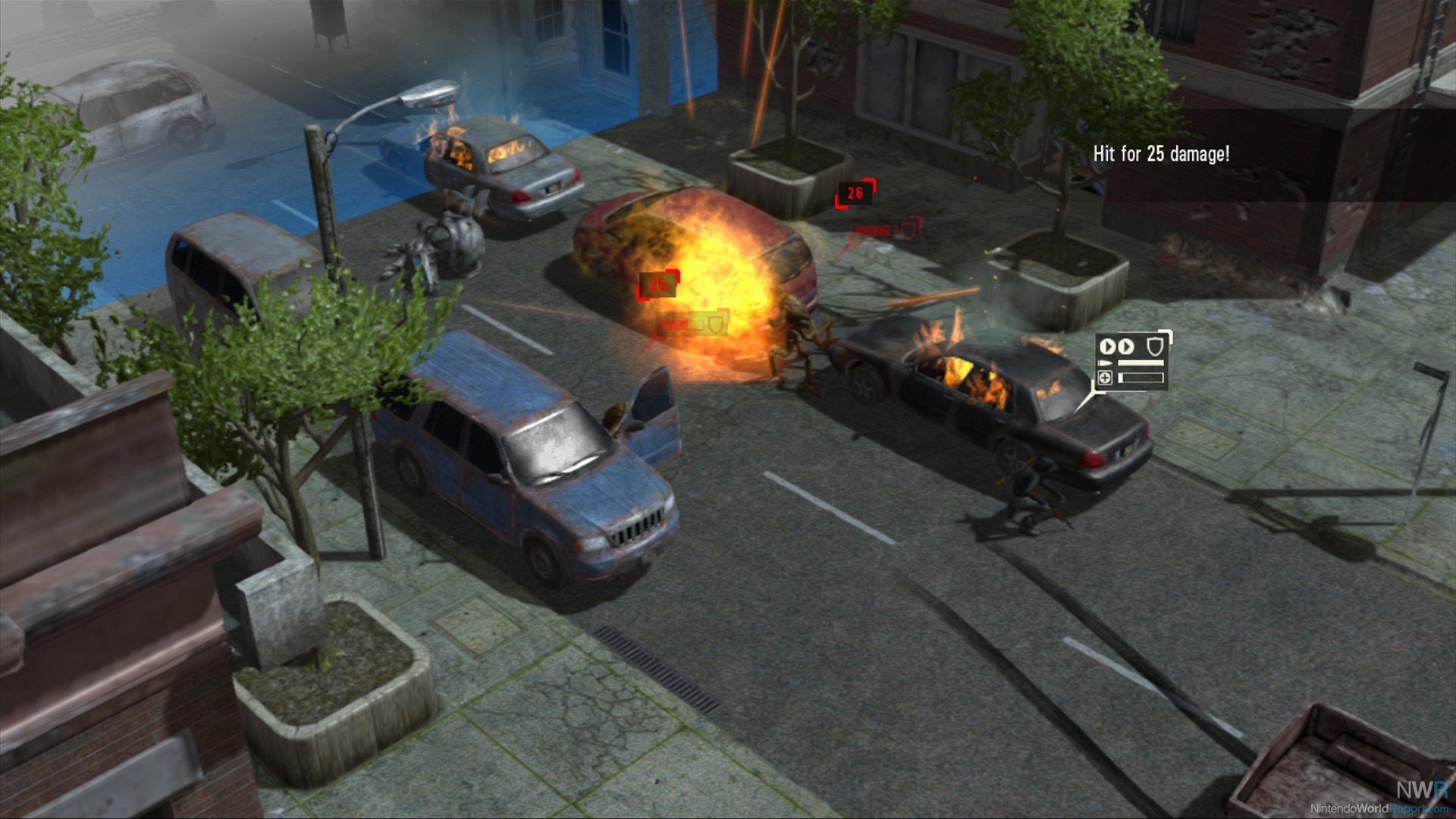 Impressively, Falling Skies does NOT become gentler by eliminating the stakes that made games like X-COM so nerve-wrackingly captivating. When characters die in this game, it's permanent. A single unwise move can expose a resistance fighter to unavoidable death in just three or four hits. And even if you survive a mission, a character might have been so injured as to be completely sidelined for the next four outings.

No, Falling Skies shows mercy in other ways. You can change the game's difficulty between missions, so even after starting a save file you can always fall back down to the "Easy" setting if need be. Speaking of, you can easily leverage the mantra of "save early, save often" by abusing the game’s multiple save slots both between missions, and practically whenever you want during a mission.

Other ways the game helps you seem more unintentional. Sometimes it seemed that my characters could shoot around corners ever-so-slightly. It is as if the game's internal logic wasn't taking into account objects that clearly would interfere with my shot. And the enemy AI, while predictably aggressive and unrelenting, often seems content to sit still in unexplored areas of the level until one of my own characters spots it. 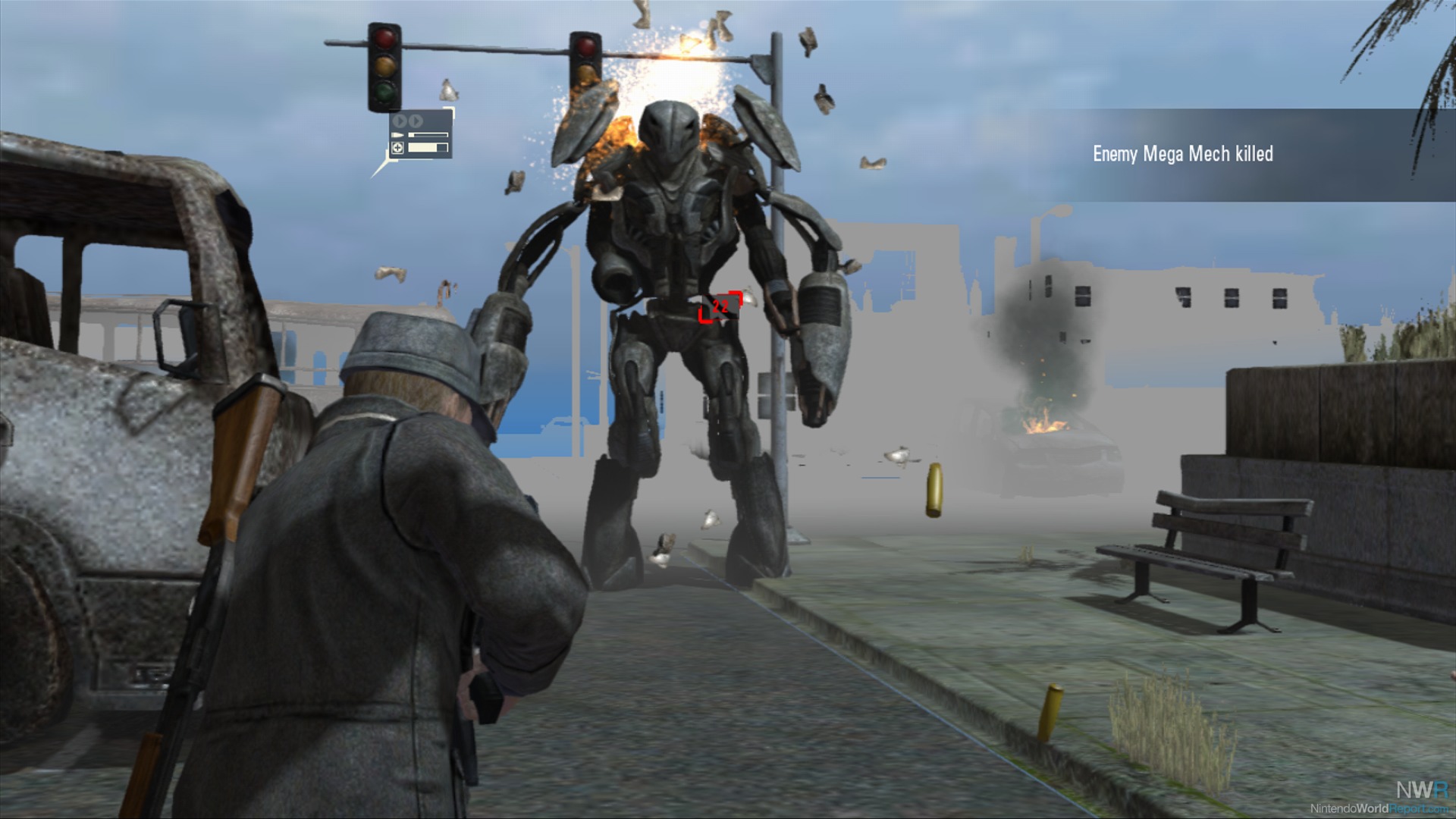 Surprisingly, the game is also fairly easy to understand and pick up. Characters can only take two actions every turn, so the decisions become about prioritizing and balancing moving, fighting, reloading, and healing. You become very aware of the possibility of over-extending yourself, or being short a single action that could've finished a target off.

This results in a sci-fi game that's less of an action-filled blaster-fest and more of a cautious, let-me-peek-around-the-corner-and-always-hide-behind-cars sort of chess match. Restraint and planning become words to live by. A mission might involve only 10 aliens scattered across a small patch of urban ruins, but this could amount to 40 caution-filled minutes of slowly leap-frogging squad members forward. The hope is that by playing it safe, everyone has backup in case an alien pops around the corner, or climbs over a building, or explodes out of a dead body.

This is straight-up genre-faithful gameplay. It's appealing and fun and successfully drives an urge to complete missions in order to level up and increase the fighting skills of your troops. I have to admit to feeling that old familiar itch of "just one more level." This can be either a good or a bad thing given that the game offers hours upon hours of possible playtime: my first two actual story missions were separated by about 20 hours of side missions I couldn't say no to. 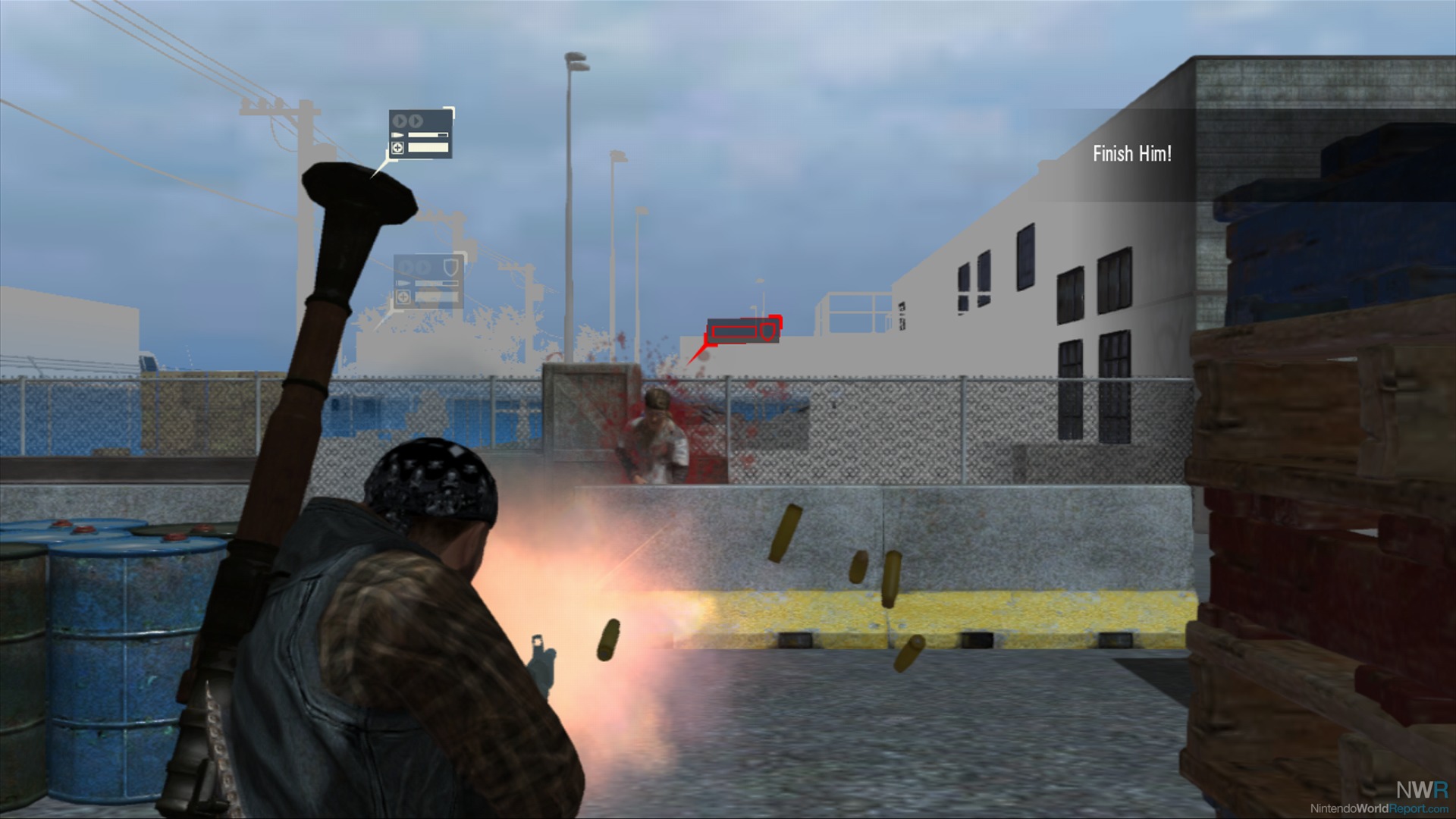 There's only one problem: Falling Skies can't seem to find a way to capitalize on its solid foundation. The upgrade and leveling up RPG/simulation mechanics are appealing, but really don't expand the scope of the game. And there's simply no radical gameplay twist on the genre to expand the game's horizons in the long term. The game essentially never truly grows beyond what is already apparent after just a few hours. If you're still loving it after 20+ hours of cautiously navigating urban ruins, accept that you may be a diehard fan of this type of gameplay. Less dedicated gamers will have lost interest long ago.

Not doing the game any favors is its decidedly underwhelming visuals. The same predictable palette of urban wastelands and dense forests can't help but blend together after a while. The graphical fidelity is nowhere near comparable to other modern games (though it's less of an issue when played Off-TV on the Wii U GamePad's smaller resolution). And although extremely few and far between, the in-game cutscenes are unavoidably bad on a technical level, with stiff matted hair and disturbingly unfocused zombie-eyes for some characters.

Speaking of which, if you didn't already know, this game is derived from the TV series of the same name. While this game technically takes place shortly after the events of the TV show's season 3, all you really need to know is that aliens are bad. Shoot them. 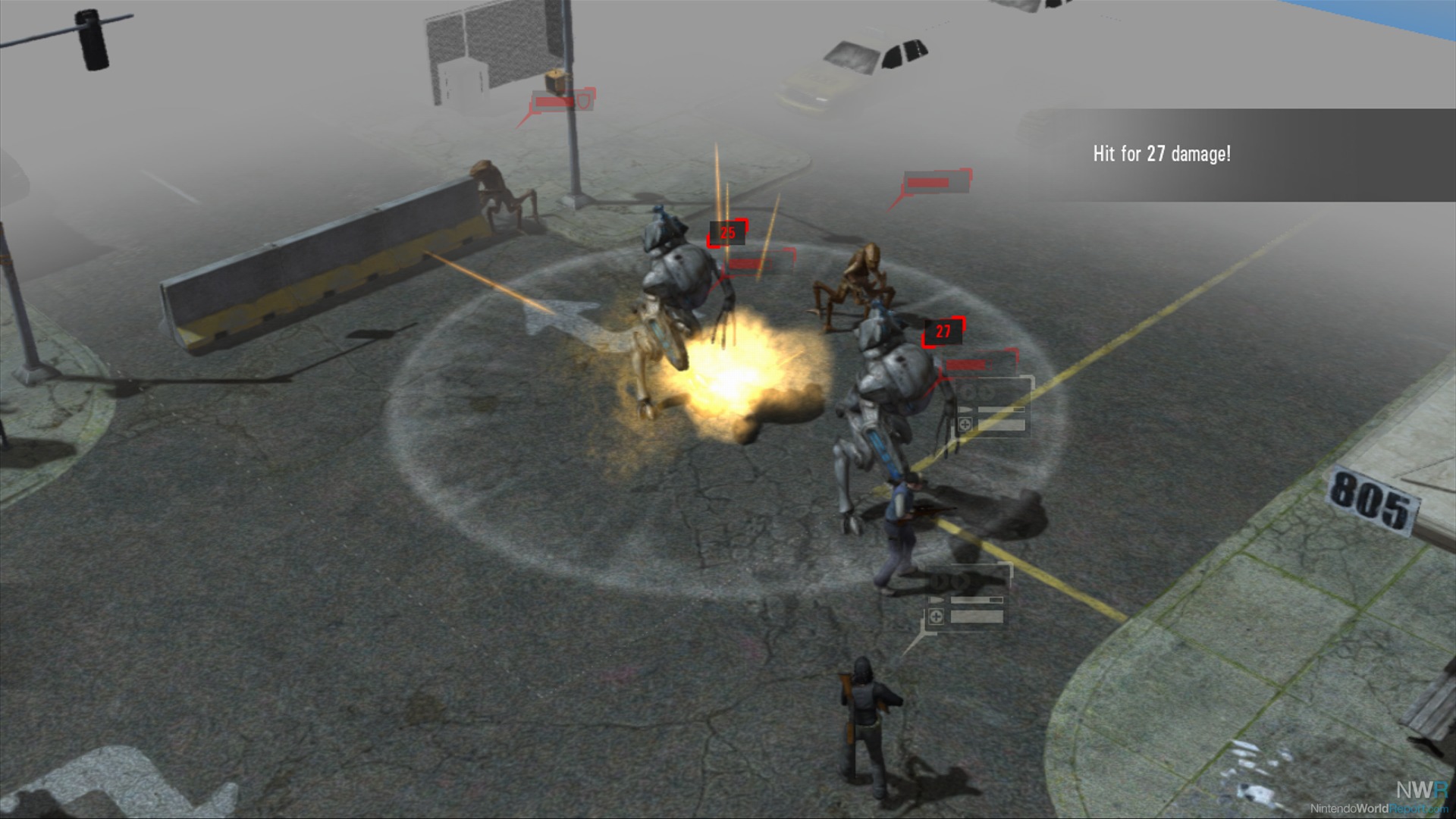 The show's original actors contributed voice work for their characters, and the little amount of voice acting that exists does come off well. These official characters from the TV show become playable in the story missions, but almost all of the in-game avatars fail at capturing the look of any of the real character's they are supposed to portray.

You should come into this game with your eyes open. Corners were cut. Sacrifices were made. And this game really isn't going to set the squad-based/turn-based strategy genre on fire.

But you should also come into this with a dose of self-knowledge: do you love the way strategy games tickle your brain? Can you overlook a thorough lack of ambition and graphical polish for the sake of otherwise functional turn-based gameplay? Have you always wanted to try these sorts of experiences, but with a safety net that you just wouldn't find in Fire Emblem or X-COM?

Falling Skies: The Game is flawed. But I enjoyed it just the same.