This marks the second time this year that the fifth game in a storied franchise has introduced three protagonists for the first time.

Phoenix Wright: Ace Attorney - Dual Destinies is the fifth main entry in the story-heavy Ace Attorney series, and the eighth game in the series overall (counting a crossover and two spin-offs). When hearing this, one might assume that the series’ first arrival on 3DS is impenetrable to series newcomers. However, for better or worse, the opposite is the case. 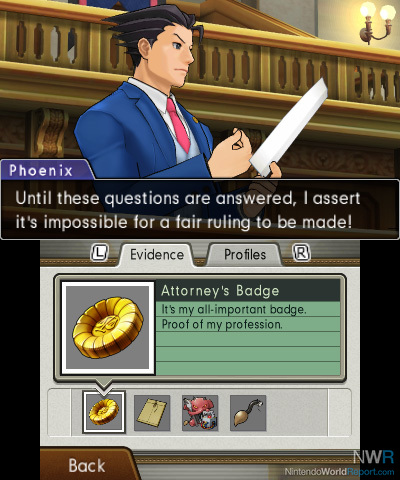 In fact, Dual Destinies is so beginner friendly that Capcom has practically elected to leave longtime fans in the dust. Outside of an occasional reference or classic character appearance (of which there are few), so little of the past games are represented that certain plot revelations (specifically in Apollo Justice: Ace Attorney) are blatantly ignored for the presumed sake of making the game more digestible to a wider audience. Accessibility may be good, but the level of restraint shown leaves a fan like me feeling like this entire game is a missed opportunity in continuing the rich series canon.

Though technically an adventure game, the gameplay of Ace Attorney can’t quite be described in the same way as other point-and-click games. Ace Attorney, above all, is a drama involving lawyers, prosecutors, their relationships, and the legal system they all take part in. The gameplay, meanwhile, is traditionally split between Investigation sections and Trial sections. Investigation sections task you with building a case to defend your clients convicted of murder, and are done so through talking to witnesses and combing crime scenes for clues. Trial sections are court battles involving the cross-examination of witnesses, legal arguing, and presenting evidence to your heart’s content. In addition to this, the game offers some side mechanics, like a mini-game involving the use of newcomer Athena’s psychological skills and gadgets to uncover hidden emotions by picking apart inconsistencies in what can only be described as Simon-esque. It does a solid job of briefly breaking up the courtroom drama, and although there are two other fun little mini-games that make a comeback from previous entries, I won’t say what for the sake of spoilers. 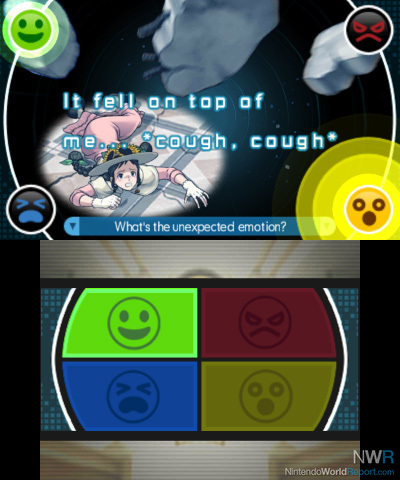 Dual Destinies finds you playing as one of three protagonists: Phoenix Wright (a living legend returning to the legal game after a long absence), Apollo Justice (Wright’s protégé), and Athena Cykes (the new assistant in the game who also happens to be a lawyer). Despite this being Athena’s introduction to the franchise, however, she still manages to play second fiddle to Apollo and Phoenix for most of the game. Thankfully, while Apollo was an extremely bland character in the last Ace Attorney game, both Athena and Apollo develop into rather interesting individuals this time around. And as for Phoenix, having him act like the matured legal veteran he is for a change, after games of him acting so aloof, is both refreshing and joyful. His characterization is one of the few big developments series fans can expect. There are a couple more treats for fans to look forward to, but those are too good to hint at.

In addition to this, Dual Destinies offers a far more interesting story pace than previous games. Traditionally, early cases are bland set-ups and later cases are several-hour-long affairs of pulling a brilliantly contrived killer out of a hat. This new game is different because every single case, no matter how seemingly arbitrary, significantly ties in to a larger story about the legal system and a clever antagonist that comes to a climax in the final case. 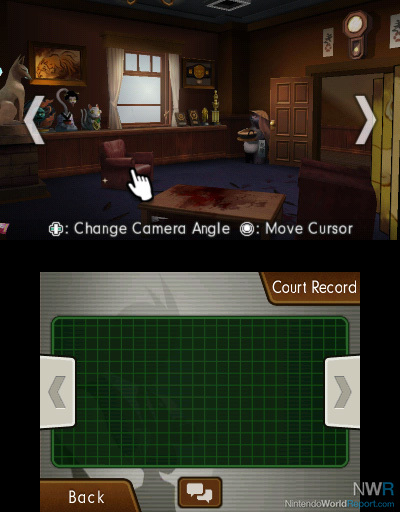 Furthermore, the story is a lot more complex and doles out far more information during cases than previous entries. There is a ton of case information to make them feel more rich and detailed, but this is hampered a bit by the game sometimes expecting you to keep track of too much information; ultimately, this makes the cases a little more convoluted than necessary. I still understood 90 percent of what was going on at any given time, but the game’s eagerness to give out tons of minute details in a small time frame keeps me from obtaining the 100 percent comprehension I could easily get in previous games. The inclusion of a chat log makes this less problematic, and the cases are otherwise mostly pretty good and twist-heavy. The ending does leave me a bit unfulfilled and the translation has a rather noticeable number of misspellings and grammatical errors, but those are small prices to pay for a level of writing and story quality mostly consistent with the excellence of Ace Attorney.

Like the plot, the gameplay is streamlined for the benefit of players entering the series for the first time. Trial sections have become significantly easier with frequent hints and the option to try again immediately after getting a game over. This does make the game less intimidating for those aware of its classic difficulty, but these sections have become so easy that the life bar—and the gameplay tension—have become meaningless. Likewise, Investigation sections funnel you through them by making them linear affairs of talking to the right people in order and looking over the occasional crime scene (which is also far easier than before). This doesn’t sound too bad, but the game constantly reminds you where to go next and even adds a section listing objectives so you don’t get stuck even for a second. In my opinion, these alterations are valiant efforts at making the series a far better game, but they only manage to do so by absolutely eliminating the tension that makes the end of a traditional Ace Attorney case so wonderful. While Dual Destinies is in most respects a very good game, the low difficulty is by far its greatest failure. 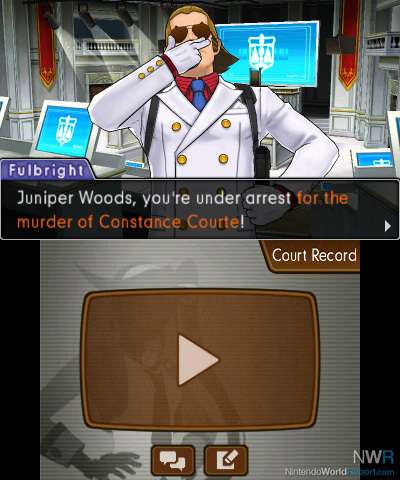 At the very least, I will commend this game on having an absolutely stellar presentation. Using 3D models, a dynamic camera, and anime cutscenes, the game stands proudly alongside the single-battles in Pokémon and Animal Crossing: New Leaf as one of the prettiest and smoothest visual presentations on 3DS. The dynamic soundtrack is also leaps and bounds ahead of previous games, and the sound design is a marvel to behold when Phoenix starts laying evidence down and the string-centric theme starts blasting. Speaking of the sound, Dual Destines offers proper voice acting for the first time in series history. While the voices do feel manufactured in a way not unlike the VA work in recent Atlus games, the effort is still impressive.

Phoenix Wright: Ace Attorney - Dual Destinies offers around 25 hours of brand-new Ace Attorney content, and most of that content is in-line with the greatness of previous entries while offering a creative take never before seen. However, for all of the nice things I can say about the creative storytelling and the excellent presentation, the tremendously easier difficulty cripples the game by eliminating any gameplay-based tension the series has ever provided. It’s still better than Justice for All and Apollo Justice, but this difficulty adjustment (among other things) keeps Dual Destinies from even touching the legendary experiences that are the first and third games in this impressive franchise.

I like the Ace Attorney series, but not enough to actually purchase one of the games at full price. I mean, you play it once, and then you're done with it forever. I rented all of the previous installments through Gamefly. The lack of a physical release for this game pretty much precludes me from ever playing it, unless Capcom drops it to $10 or lower.

Thanks for a great review that talks a bit about the investigation mode.  I was wondering what stile it would be in... Similar to Investigations, or like the old games, clicking on still pictures.

Also thanks for keeping the spoilers out of the review.

Finally, the life bar has always been meaningless....  It sounds like they cut out the steps of me loading my last save.