Despite the delay, Legends is easily one of the Wii U's best games.

2D platformers have enjoyed a sort-of renaissance period over the past ten years, supported by indie developers and Nintendo alike, but it is the relaunched Rayman series that has most adeptly combined the production value of the crimson plumber’s exploits with the inventiveness and controller-throwing difficulty of those download-only titles spread across a number of digital storefronts. Rayman Origins proved that there is room for another mainstream platformer. Rayman Legends, not content with merely standing shoulder to shoulder, easily trounces its contemporaries. Simply put, Legends feels like the next evolution of 2D platformers.

There are a number of reasons why Legends is able to separate itself from the pack, but the most important is level design. Each level feels unique and steeped in creativity. While some build on earlier ideas, I never found myself getting bored mid-way through a world; each level does something different. Moreover, Legends ditches the practiced method of slowly doling out Rayman’s abilities (wall-running, shrinking, etc.) and instead uses the natural environment of each level to construct situations for the limbless hero to overcome. 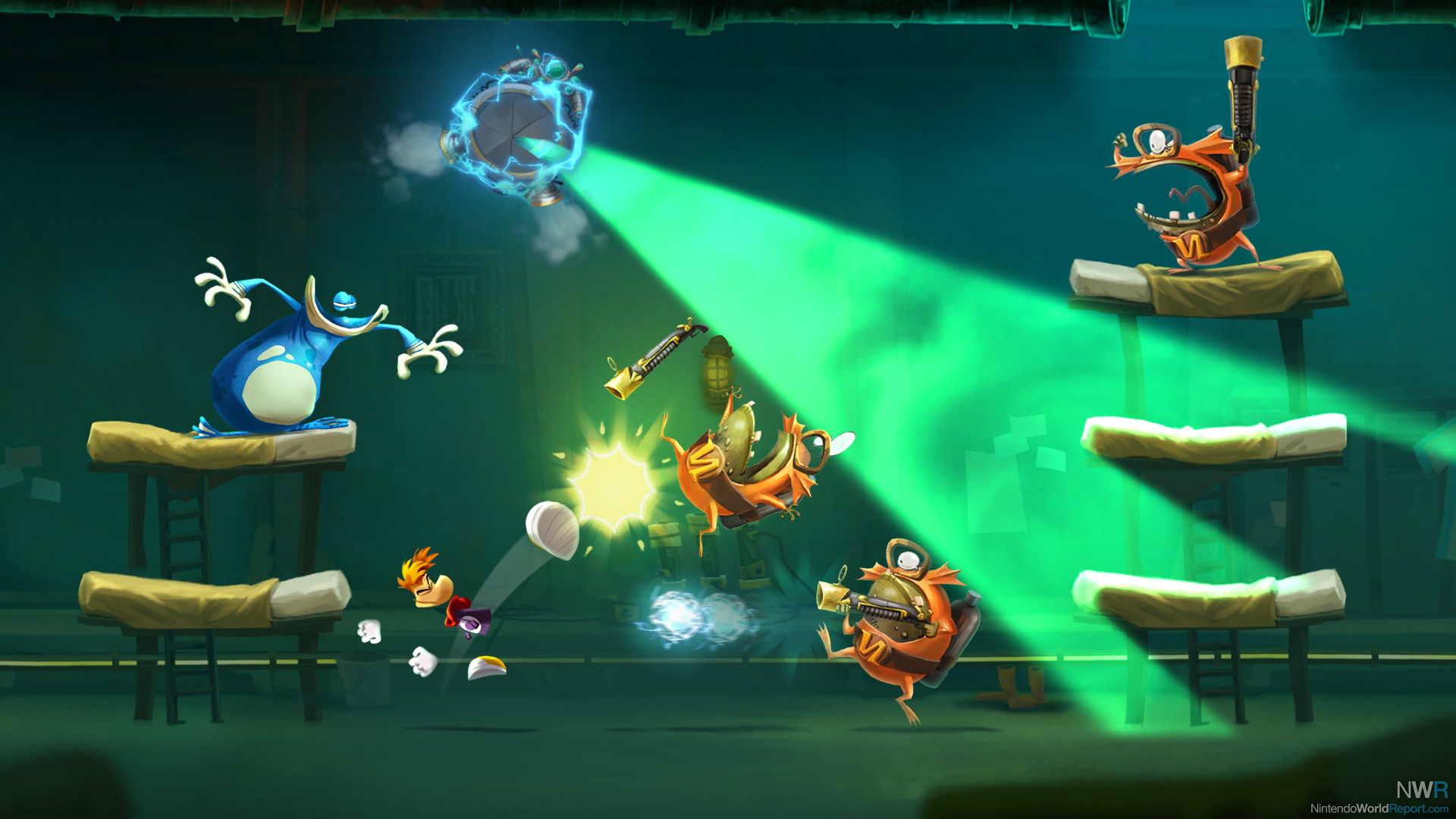 In one of the best examples, Rayman starts next to an electrified door, with a hallway to his left and another to the right. Each path leads to a power generator and both are littered with specific enemies and challenges. However, after turning the generator off, the trek back to the main corridor is cast in darkness, and invulnerable security robots splash the floors with light as they search for the intruder; they need to be avoided entirely. With the power off, Rayman must also find new paths around automatic doors that now refuse to budge. This cleverness permeates the entire experience. The unlockable levels from Origins seem shockingly simple by comparison.

Murfy, the GamePad-enabled character, adds another avenue for inventive design. While he first simply flips switches and moves panels, you’ll eventually use him to eat paths through cake, create platforms to block lava or walk across, and even fly characters around in pseudo-shmup fashion. However, using Murfy in a single-player game isn’t quite as fun as with a friend in co-op. The A.I. controls Rayman while you use Murfy, and while it is mostly fine, there are times it will fail to make a jump or pursue a hidden area that it easily could, and you have no way of correcting this. A co-op partner that is halfway decent will be able to adjust for and survive your mistakes as Murfy; the A.I. simply fails to do so.

The musical stages have gotten a lot of focus since Legends first debuted, with their rhythm-based platforming and amusing interpretations of songs like “Black Betty” and “Eye of the Tiger,” but I think the soundtrack as a whole deserves special mention. The music is always appropriate depending on the situation - from lofty and heroic in wide-open forest top areas, to subdued and slinky in the barely-lit hallways of security buildings - and is fantastic throughout. Tracks also change depending on the situation at hand, ratcheting up the suspense during more intense platforming moments. 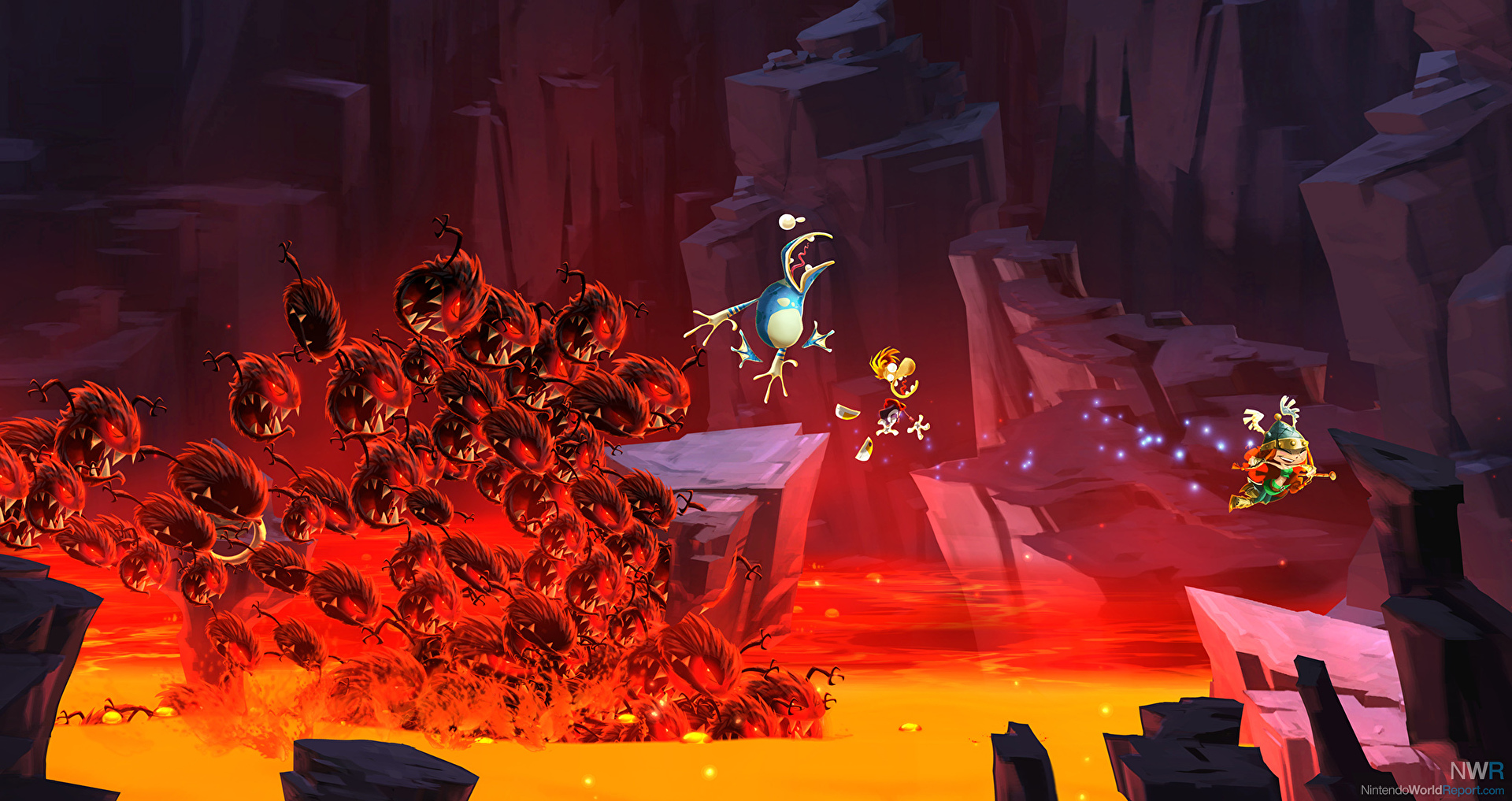 Speaking of intense platforming, there is plenty of that to be found. Rayman Legends is a particularly challenging game, especially if you partake of the bonus “Invaded” levels, which are 60 second remixes of previous stages. Jumps need to be executed in perfect timing as you run up the side of a tree before leaping to another, and you’ll have to carefully swim behind floating debris to avoid the lasers of enemy robots. There are plenty of ways to die but, thankfully, checkpoints are more than forgiving, usually plopping you down within a few feet from where you died, and there are no lives or continues to worry about--just your own throbbing thumbs.

Legends is incredibly streamlined. There isn’t much of a backstory; Rayman and his friends wake up to a world inhabited by all manner of baddies, and the only natural thing to do is vanquish them and rescue captured folks called Teensies. Though Origins featured some more narrative, Legends seems to shrug and say “just look it up if you’re really interested,” a nod, intentional or not, to the days of instruction manuals filled with lore.The hub world is also svelte. Eschewing a world map entirely, Rayman and company simply jump in paintings to get to different levels and modes of play. There are no menus to navigate in order to view unlocked content, play daily challenges, or continue on in the main campaign. Everything is housed in a quaint little hub world, and you can jump from area to area in the matter of seconds. It’s a smart, seamless way to quickly access content.

Which is great, because there is no shortage of things to do in Legends. Apart from the “campaign” mode, there are daily and weekly challenges (identical to the Challenges App, which you can read my impressions of here), a multiplayer soccer game called Kung Foot,  as well as a bunch of levels from Origins to unlock via Lucky Tickets—think of scratch off lottery tickets. There is even a space to collect Creatures, which reward you with Lumes every day. Don’t get excited about raising or training the Creatures in any way, though; you can’t really interact with them at all. Still, when combined with a ton of unlockable costumes and hidden levels, it provides a pretty fun excuse to keep playing beyond the initial credits roll. 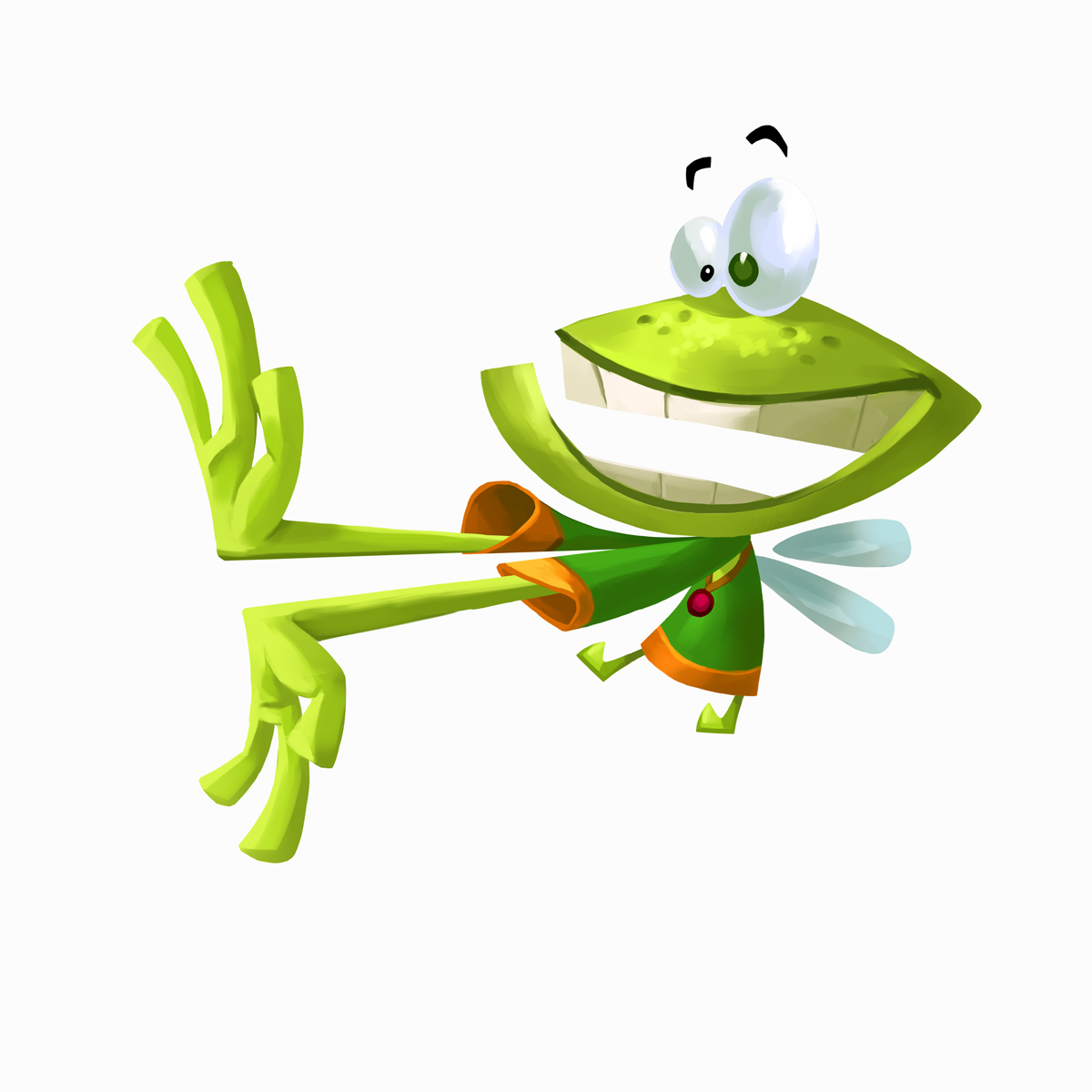 I’ve enjoyed the recent adventures of Mario, Kirby, and Donkey Kong as well as the more insane challenge of Super Meat Boy and Cloudberry Kingdom, but Rayman Legends outshines them all. Brimming with charm and creativity, Rayman Legends is the finest 2D platformer of this generation, and handily so. In addition to that, Murfy seems to be the most well-implemented use of the GamePad to date. Yes, it would have been nice to get the game months ago as originally intended, but don’t let Ubisoft’s distrust in the platform sway you; Rayman Legends is one of Wii U’s best.

No longer an exclusive, but still the closest thing Wii U has to a "system seller" for me.  Very excited to get this game.