The debut of the Rabbids on the Wii U rolls the dice to make its mark.

The Rayman spinoff franchise focusing on the lovable yet not so intelligent rabbit-like Rabbids makes its way to a Nintendo console at launch once again, this time in the form of Rabbids Land. In similar fashion to the Mario Party games, Rabbids Land has players battling it out to earn the most trophies by traversing a circular amusement park-themed game board. 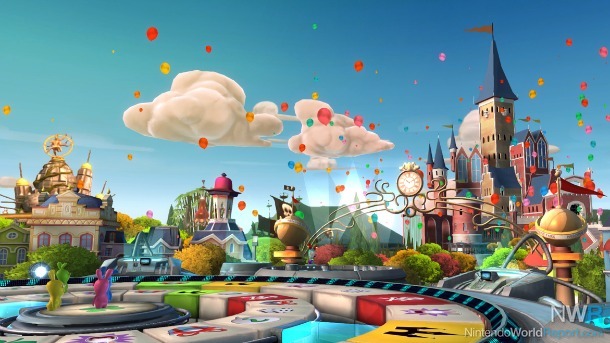 From the outset, players are introduced to a vividly colored and smoothly rendered atmosphere. The game starts with a simple yet visually interesting character selection process where you select which color Rabbid you wish to play as in a factory-like setting. The well-assembled art style present here remains consistent throughout the game, with the game board and mini-games pulling you into the Rabbids Land atmosphere with their cartoonish look. 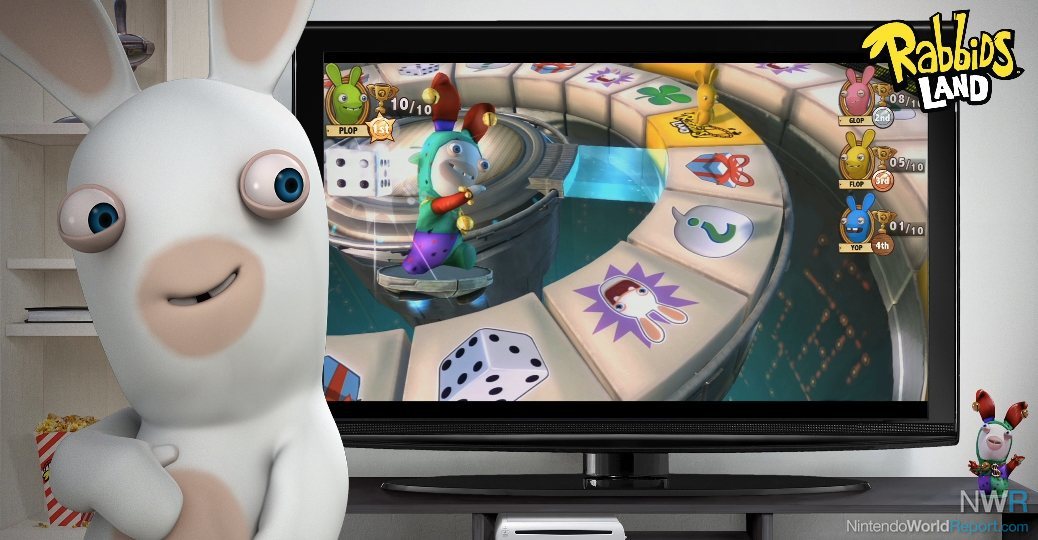 In order to reach the goal with the most trophies, players use a variety of spaces on the game board. With a roll of a dice players may do things like battle one-on-one in a mini-game, answer a quiz with rivals betting against your answer’s validity, release a bonus Rabbid to help or hurt other players, and plenty of other actions that alter not only the trophy count but the game board. While the game supports up to four players, only two players (one using the Game Pad and one using a Wii Remote) are able to take part in mini-games, which tends to make the gameplay a bore for those not taking part in the festivities.

The mini-games in Rabbids Land are a two-sided coin. While some games are genius in concept and really fun to play, plenty of uninspired and repetitive ideas rear their heads. Ghosts Suck is a really good example of one mini-game done well. As a cooperative game, Ghosts Suck has the player on the GamePad look around the room, revealing ghosts with a spray that allows the player using the Wii Remote to see them on the TV and rein them in. Once the Wii Remote user captures a ghost, they then have to beam it onto the GamePad, transitioning the mini-game from two individual activities to one united task in an instant. On the opposite side of the spectrum, Cuperpillar, which has players flinging teacups from a top-down perspective at an AI-controlled caterpillar, misses the mark, marred by its incredibly slow moving cups. 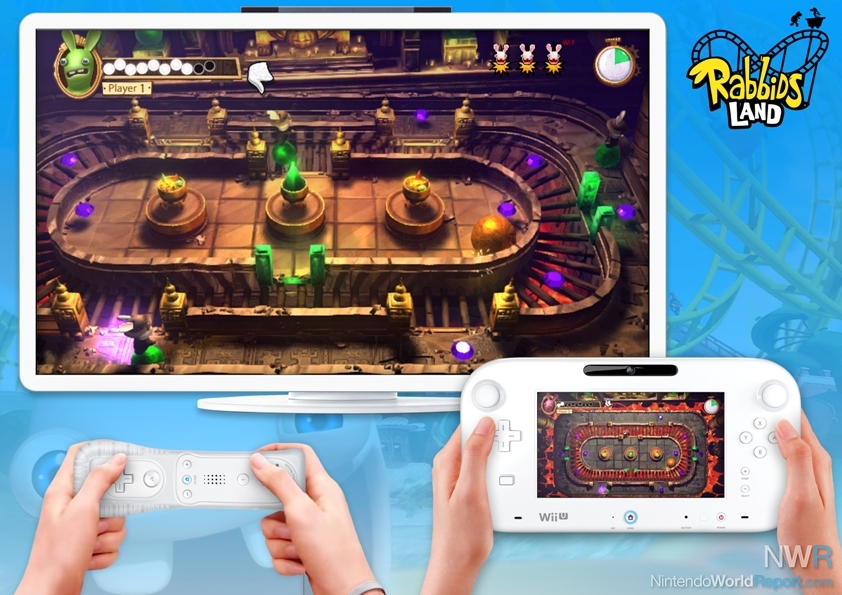 While local multiplayer gameplay is clearly the focus of Rabbids Land, its two-player mini-game format lends itself well to the game’s single-player mode. Players have the option of selecting individual mini-games unlocked during Board Game mode playthroughs or by playing the main Board Game mode. AI opponents’ difficulty levels are not selectable but do seem to vary; however, the AI’s reactions do feel somewhat scripted. One of the definite pluses for solo players is that the game does not force you to watch two computer players battle in a mini-game; instead, the outcome is randomized and the game quickly moves to the next turn.

Rabbids Land provides players with a pretty solid party game experience. Its well-designed art and sound style and cohesive board game format make team outings fun. However, players looking to go it alone may find themselves yearning for higher levels of difficulty and more variety in the mini-game selection.