If looking ugly but still being fun was something a spider did, then yes, this game does whatever a spider can.

Amazing Spider-Man on Wii, which takes place after the events of the movie of the same name (beware of movie spoilers!!!), starts off with a whimper. The game begins with a drawn-out intro where you sort of control Peter Parker from a first-person perspective as he sneaks into Oscorp. This scene introduces the basic plot, but also highlights a lot of what makes Amazing Spider-Man mediocre: the miserable, terrible graphics. Characters look flat and ugly, and textures of anything intended to be realistic look muddled. The 2008 Wii release Spider-Man: Web of Shadows is more graphically impressive than this game, which comes out three-and-a-half years later.

However, after you get past that first scene and get over the ugly presentation, which extends to some gross menus, there is a fun (but not too interesting) game—a pleasant romp with light and breezy Arkham Asylum-esque combat and a few interesting tweaks to the Spider-Man game formula.

The combat is nearly identical to Arkham Asylum’s, but much simpler. Spidey has a regular attack and a jump/web attack you can use to string together combos. Additionally, you can dodge enemy attacks (courtesy of spider-sense), allowing you to counterattack. If you build up your combo, you can unleash a banal signature move that usually involves a few strands of web. 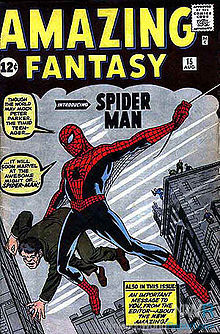 There aren't any screens of the Wii version, so here's a comic cover

The biggest addition to the Spider-Man formula is the Web Rush attack, which allows you to zip around environments faster. Once it’s activated, you can scan around the environment looking for a place to direct Spider-Man. Usually, you want to go to a context-sensitive location where you can attack and stealthily dispose of enemies, activate switches, or throw an object to harm nearby foes. The concept has potential, but it feels unfulfilled in this game. Web Rush is a mechanic I hope to see in future Spider-Man games, though, as it seems to be a good way to give you more control of the hero.

The content of the game is identical to the 3DS version, and reminiscent of the Xbox 360/PlayStation 3 versions, minus the free-roaming aspect. In all honesty, I don’t miss free-roaming parts one bit. For one, web swinging isn’t that much fun in this game, so making it a centerpiece would make it grow old even faster than it does already. Web swinging in Amazing Spider-Man is also overly simplified, requiring no skill other than pushing a button and going in a direction, and stands in stark contrast to the challenge of web swinging in games such as Spider-Man 2 and Web of Shadows.

You go through levels with the use of a map that lays out different objectives, including story missions, boss fights, and combat and stealth challenges. The story missions are the meat of the game. Though linear, they’re fun, and contain a variety of unlockables. You can replay them easily, but since the levels are very straightforward, there isn’t much reason to do so again. The boss fights vary wildly, generally depending on the closeness of the quarters. If there is space to move around, it’s usually a fun boss fight. If you’re boxed into a small area, the encounter is frustrating and annoying, chiefly due to the camera. 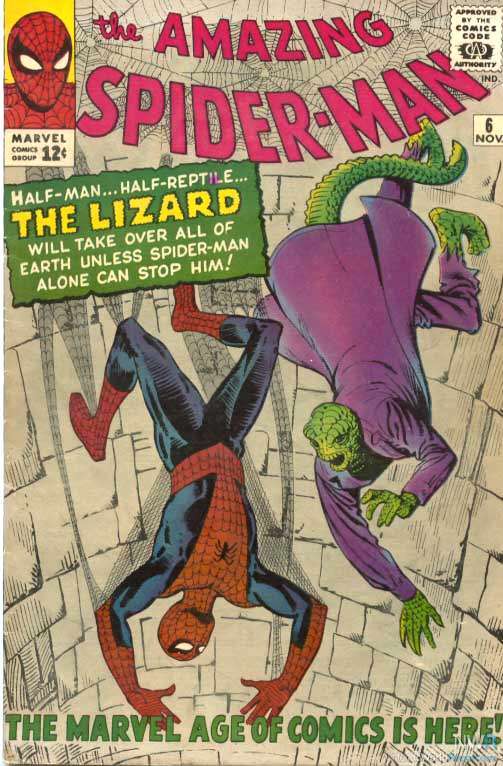 The camera can be an issue in this game, and because of it, using the Wii Remote and Nunchuk pairing is not preferred. The game’s control method uses the minus button, which is awkward to reach, to center the camera. The Classic Controller is supported, thankfully, so as long as you’ve got one of those bad boys, the game controls fine.

Amazing Spider-Man on Wii has flaws, specifically how graphically unpleasing it is, but it’s still a fun action game. You’re likely better off hunting it down on Xbox 360 or PlayStation 3 if you’re a big Spider-Man fan, but if you can only get the Wii version, you’re not getting a bad game—just one that didn’t receive nearly the same amount of love and care as the HD version.

You're far too nice.  The development of this game is downright embarassing at times.  There are scenes where you can tell they just either took out the assets completely or threw them into a downrezzer and plopped it into the game.  I understand trying to keep framerate up, but honestly they could have done better.  They shouldn't have even bothered, but yet, here we are.  Kids 15 and under (likely the fanbase who will be playing this) probably won't mind.

If I wrote this review after the first half hour/hour, it would have been way more negative, but I wound up playing through it, switching to to the Classic Controller, and actually enjoying it. It looks like total garbage, but I had fun playing it. That's why I was too nice; I actually enjoyed myself while playing this horribly ugly putrid-looking game.

The Classic Controller is *sometimes* a hero on the Wii.
It can save a game if it isn't too terrible.


I'm glad you've found something good outta this game.  For Wii U, I just hope that we don't get effort that's equaled to or less than what has been given to us this past generation from third party developers (the laziness has already started on the 3DS).

*sigh* Just wait for the inevitable Wii U version instead of looking into this one. ::)

Peter Parker: "My spider sense is tingling, or I am standing too close to Mary Jane."