Wearing out your "A" button.

Pokémon Rumble Blast is, predictably, the 3DS sequel to 2009’s WiiWare title, Pokémon Rumble. At its core, the Rumble games are brawlers (think Gauntlet) boiled down to their most basic core. There’s no fluff here: no super magic spells, no item collection, no four-player co-op, no secret rooms or warps. Your characters have one or two attacks, and they use those attacks to defeat rooms full of opponents endlessly. While I initially loved the game for its simplicity and the fact that it was Pokémon, a few hours of repetition beat that enthusiasm out of me. I’m not saying that Pokémon Rumble Blast isn’t fun, because it is, but I am saying that it’s mind-numbing and completely static in its gameplay. 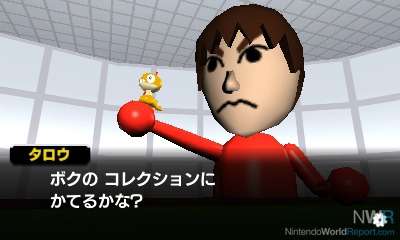 There’s a “story” involving a world of toy Pokémon that are brought to life with Wonder Keys (wind-up keys) and then go on adventures. These adventures apparently involve battling other toy Pokémon until the end of time while searching for magical things called Glowdrops, which are the game’s McGuffin. The various towns in Pokémon Rumble Blast (Toy Town, Easterly Town, etc.) allow you to release dead-weight, buy expensive new moves, heal up, and partake in some StreetPass features. From there, you travel to different “stages” to mercilessly slaughter, and occasionally collect, new Pokémon for use in the Battle Royale events that you must pass to move forward in the game. 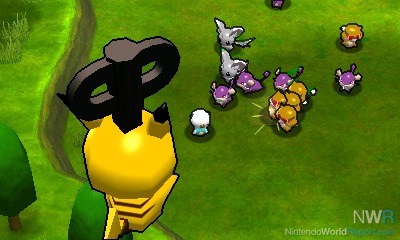 You start out as Pikachu, but within 10 minutes you’ll leave that electric mouse in the dirt for better Pocket Monsters. The game focuses on power ratings first, type matching second. Each Pokémon you capture (or “befriend” as the game likes to call it) has a power rating. The second you find an ally with a better power level than your current Pokémon, you’ll switch monsters and go on with it. Capturing new friends is fairly random, though you can up your chances by building up a big kill combo before smacking a particular Pokémon down. Even then, some Pokémon are more apt to join your cause than others. Each stage ends with a “boss” who’s a lot bigger than you. That’s basically the whole game: you run through these stages (which tend to repeat themselves) collecting allies with better ratings to win Battle Royale challenges so you can move on to new stages and Battle Royales. Most Pokémon only have a single attack, mapped to the A button, so you’ll be pressing that button a lot. Secondary attacks are mapped to the B button but they tend to be defensive or non-damaging. And you only have two attacks per Pocket Monster.

Strategy rears its ugly head when you come across a situation where your most powerful Pokémon has terrible attacks, at which point you just start using the next-best ally. It’s not rocket science, or even model rocket science, and you’ll have to run back to a town to unload the crap Pokémon every once and awhile, but the game is just unbelievably simplistic. The thrill comes from collecting new Pokémon (all 600+ Pokemon are represented), though the character models are so basic that even some of that buzz is lost. The graphics aren’t bad; they’re just underwhelming. The 3D effect pretties things up a bit, but it’s not really taken advantage of. I tend to play the game in 2D to save battery life and I’m not missing anything.

The game gives players the option of playing two-player co-op (with two game cards), and the manual boasts that it’s easier to collect Pokémon this way. For the multitude of gamers who don’t actually have friends with a 3DS (like me), the StreetPass stuff will have to do. If you manage to pass somebody who’s got the game, you can fight their collection later. Your friends might also show up at the game’s “Toy Shop” and give you a lot of in-game currency (used to buy new attacks). As more people visit your Toy Shop, new Pokémon will show up in certain stages. 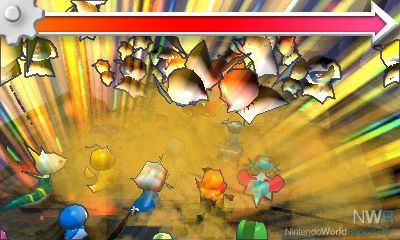 If you really like Pokémon (like me) or were a fan of Pokémon Rumble on WiiWare, this sequel is worth checking out. It’s shallow and basic, but charming nonetheless. Remember how much I liked PokePark Wii? It’s a similar situation here, but I’m not AS enthusiastic about Pokémon Rumble Blast. It’s good, but not a must-have.

Maybe if I find it in a bargain bin like all those Mystery Dungeon games. I liked Rumble but even 15€ was bordering on overpriced for what it is.


The game becomes a lot clearer once you think of the pokemon as loot drops. They come in different strengths and with 1-2 random abilities (in the regular Rumble there was no differentiation between the two ability slots so you could end up with attacks or support moves in both) and sometimes a rare trait (e.g. health regeneration) that adds a prefix and color to their name, just like the magic item prefixes in Diablo.

I considered a Diablo comparison but ended up not making it because Diablo is a MUCH deeper game. LOL

Yeah but the player's motivation is roughly similar: Get moar loot!


Still Rumble isn't a game that can be sold at retail without being a total ripoff. It's the kind of thing that could go on the eShop but I guess the number of mons in the game is what makes Nintendo think of it as having a lot of content. 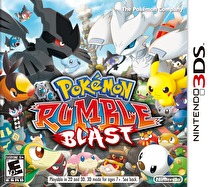