Can toys with brains make a 3D platformer better?

The very concept of Skylanders: Spyro's Adventure, which also has versions for Wii, Xbox 360, PlayStation 3 and PC, is extremely ambitious. You take specially designed action figures and use them as your playable characters. The 3DS version, from Vicarious Visions, is a 3D platformer akin to Super Mario 64, or more aptly, early Spyro games. In addition to Spyro, you can play as more than 30 unique characters with different abilities. The only catch is that, outside of the three characters that come bundled with game  (Dark Spyro, Ignitor, and Stealth Elf), the characters are sold separately for around $8. For the purposes of this review, I had access to more than half of the launch line-up of characters spread out across the eight different elements.

The game is structured like the 3D platformers of yesteryear. An overworld opens up to reveal five worlds, each containing five levels, with five crystals available per level . The crystals function like stars in 3D Mario games, unlocking more worlds as you collect them. The levels generally alternate between two different types: linear levels with multiple objectives that you can attempt to complete all at once, or arena-based levels where you have to fend off enemies and collect items. The one thing that every level has in common is the menace of Hektore, a demon-looking fellow who will chase after you once a certain amount of the level is completed or you collect a crystal. Basically, each level begins as a pleasant stroll, and then ends as a pressure-inducing race to the finish. It works well to keep up the tempo of the game. 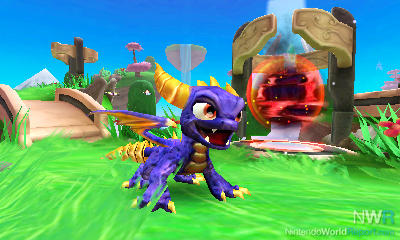 It is painstakingly clear that this game is for kids, though the sound, forgiving game design makes it an excellent game for kids to play before they tackle the challenges of more difficult 3D platformers. The learning curve is gentle, starting off laughably easy but building up to more difficult sections. Beating the game is easy, but getting all the crystals can be challenging.

Each character is visually interesting and generally fun to use. It's almost like a platformer version of Pokémon, as you have characters with varied abilities that can level up, in addition to some spectacular puns (Drobot, Prism Break, Voodood). Some of them have similar attacks and abilities at the outset, but as you progress through the game, you gain improved abilities and upgrades. You'll likely pick favorites and ride those characters to the level maximum (10). The game doesn't require you to change characters, but completionists will want at least one from each of the eight elements, as certain crystals require specific elements. 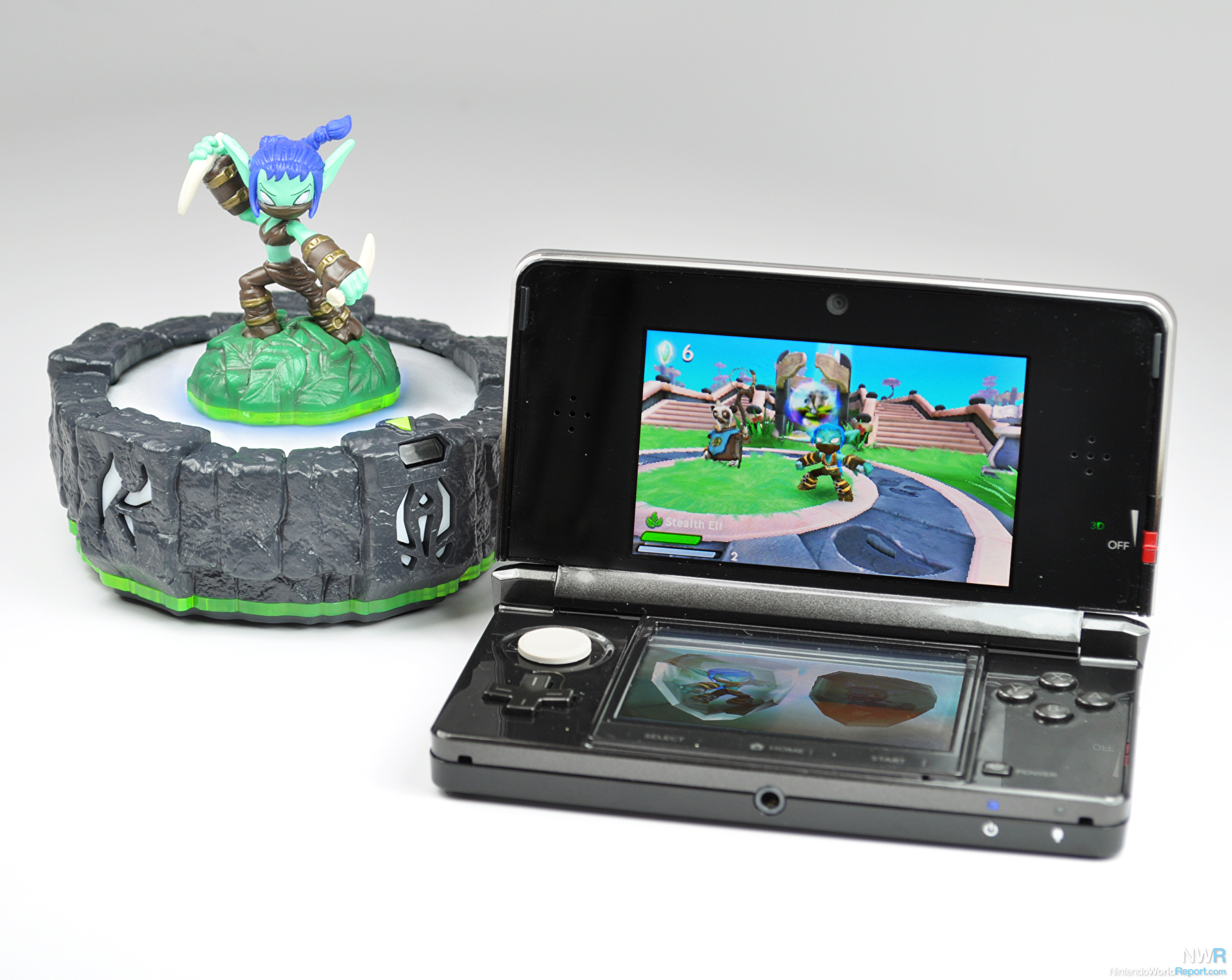 These figures/characters are brought into the world using a battery-powered portal that connects to the 3DS using the IR port. The effect of using it is wonderful, as the portal lights up with the 3DS in a way that makes it seem like magic is happening. It sounds cheesy, but it's rather neat. Being a portable game, carrying around the portal isn't always easy to do, so you can store two characters in the game at once. The only downside to this is that if you want to bring the character over to another game (every character can be used in the Wii/360/PS3/PC version as well), you need to make sure to connect the figure to your system again to update its data. There is even a PC component that allows you to take your characters online (an included USB cable connects the portal to your PC).

Skylanders: Spyro's Adventure is a great game for kids - the 3D platformer equivalent of top-of-the-line training wheels. It's still a fun romp for experienced gamers, but the investment in buying all these characters might not appeal to most gamers over a certain age. However, you can't knock the quality of the game, as Vicarious Visions not only made an awesome 3D platformer, they made a great 3DS-exclusive title.