Where we're going, we don't need roads... but they sure would be nice.

Remote Racers, the latest DSiWare effort from QubicGames, is a straightforward racing game that puts you behind the wheels of a remote control hovercraft style vehicle. Like many DSiWare games, the title is short on features and modes, making the crux of the enjoyment of the game lay on the actual mechanics of the racing.  After attempting to play the game for several weeks now, I can unhappily report that the racing in Remote Racers is almost a complete and utter failure.

When you first boot the game, you are greeted with three icons with no explanation. A quick glimpse at the included help file lets you know that the modes different icons stand for tournament play, single race, and time attack. For as few modes as the game offers, it would be nice if there was at least some text to indicate what each mode consisted of. As it stands, referring to the help file is the only way to really know what you are getting yourself into.

You can earn points in any of these modes, which unlock more cars and tracks for you to play on. Unfortunately, you will likely find that this is a tall task, as driving a vehicle in the game is a maddening task. The game plays more or less as a Mario Kart clone with a fairly slick 3D engine.  The graphics are colorful, and the locations are interesting, mixing land and water based racing.  The action moves seamlessly from land to sea, and the vehicle transformation that occurs to accommodate this change is neat. Unfortunately, steering is so loose that even the slightest tap on the D-Pad will have you spinning in circles. Touch controls that might have given the game a bit of an analog feel are not present, and thus you are stuck with the imprecise D-Pad control. Once you’ve spun completely around, you will likely need to hit reverse to get back in gear, but doing so spins the camera in front of your car, making it impossible to know what’s going to happen when you hit the accelerator again.

Considering that the only way to unlock content in the game is by winning races and time attacks, it’s unfortunate that winning a race or time attack in the game is so incredibly difficult that most players will never unlock more than a handful of vehicles, if that. If the actual racing mechanics were better, then perhaps the lack of additional race types or modes would be forgivable. The game lacks multiplayer completely, and the tournaments merely consist of alternating races and time attacks. You can earn bronze, silver, or gold medals and earn points to unlock things, but in my experience it was an incredible chore to do so.

Racing games don’t need to be chock full with features to be fun; most of the memorable racing games throughout the years have simply been “win the race to keep playing” such as Super Off Road or RC Pro AM. These games, however, were a blast to play, and simple to learn. Remote Racers fails at the most basic task for any racing game, and is therefore impossible to recommend.

Sounds about right. Playing this game just made me want to play Mario Kart DS again. 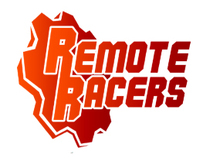