With their new game tablet, THQ's looking to add a layer of interaction to the Wii, have they succeeded?

With the runaway success of the DS over the last six years, it's hard to believe it's taken the industry this long to release a touch panel for a home console. Yet here we are - THQ's come out with their uDraw GameTablet along with their first two software releases, Pictionary and Dood's Big Adventure. But does uDraw replicate the feeling of using a DS on a television?

Let's start with the hardware. The build quality itself is good enough - it's plastic but feels sturdy, and since you snap your Wii Remote into it, there's quite a bit of weight to it. On the underside, you'll find your drawing pen, which contains two buttons: one on the body and one on the tip (despite what you may have figured, uDraw isn't actually pressure sensitive - there's merely a binary pressure / no pressure button). While the pen is tethered, there's enough length on it to keep it from being obtrusive.

The most important part, the touch panel itself, is actually pretty great. Coming in at 4" x 6", it's more than large enough to accommodate the wide strokes required in the software (we'll get to that in due time). Curiously, the tablet seems to register movement even if the pen isn't making contact as long, as it's within about half an inch. It hasn't been a problem, but it does suggest that uDraw's sensitivity is actually based on a proximity sensor and not, as you might guess, real touch technology. Even so, since you'll need to press that tip button on something, odds are it won't affect the experience.

As for the responsiveness, there's little to no lag and, while drawing on the panel doesn't quite match up to drawing on a screen (as on the DS), it felt pretty natural after a few minutes.

Overall, the uDraw GameTablet feels and plays fine, but it's the software that's going to dictate its worth, so let's get right on into it.

First up, there's uDraw Studio, which is actually included with the hardware. There's not really much to say about Studio, since it's not much more than a simple painting tool. Sure, you can select different canvases and environments, but it doesn't really add much to what's essentially Microsoft Paint with a few gimmicks thrown in. The Replay feature, in which you can watch your own creations being made at different speeds, is a nice novelty, though. 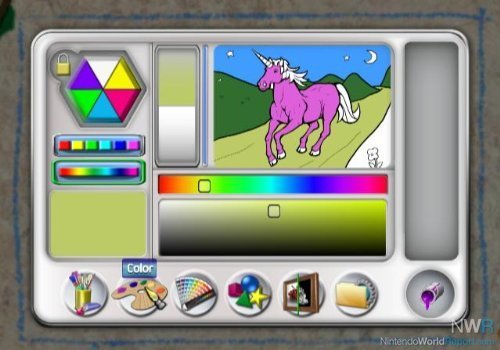 Next up is Pictionary, a digital recreation of, you guessed it, Pictionary. In the regular mode, you, your team members, and the other players (up to four teams can play) are on a Monopoly-style board where the objective is to get to the end. By guessing correctly at your team members' drawings, you'll move through the board quicker. Whichever team reaches the end first wins. The game also contains a mode called Pictionary Mania, which imposes more limitations and rules on what can and what can't be drawn, which definitely makes things a bit more interesting. 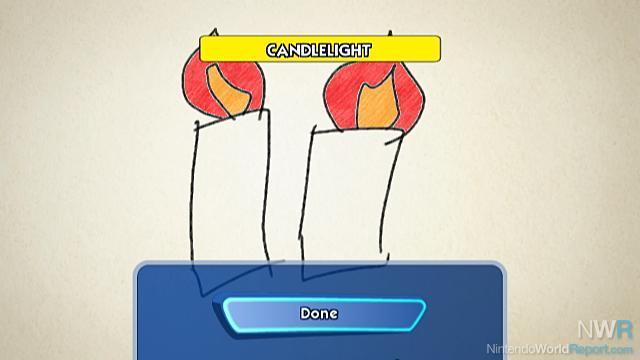 Of everything that I played on uDraw, Pictionary was easily the most fun. Seeing your drawings on a huge TV, and with the added features of a Monopoly-style board and Mania mode, it’s easily the most fun I’ve ever had with the game, digital or not. As I said before, drawing feels pretty natural, and with a game like Pictionary, it's hard to screw things up too badly. If you and your friends / family are into party games, this is a no-brainer.

Last up is Dood's Big Adventure, clearly the headlining game of the launch. In it, you guide the titular character through four different two-dimensional modes. Pen Panic, easily the weakest of the four, has you holding the stylus pressure sensitive down on a given area of the touch pad to move Dood either left, right or to make him jump. Depending on what power up you're holding, making quick strokes with the pen either creates a trampoline for you to bounce on or an ink shot that damages enemies.

The problem with Pen Panic is that moving Dood with the stylus feels incredibly clumsy, and it's completely unnecessary since there's a perfectly good D-Pad a mere few inches to the left on the plugged-in Wii Remote 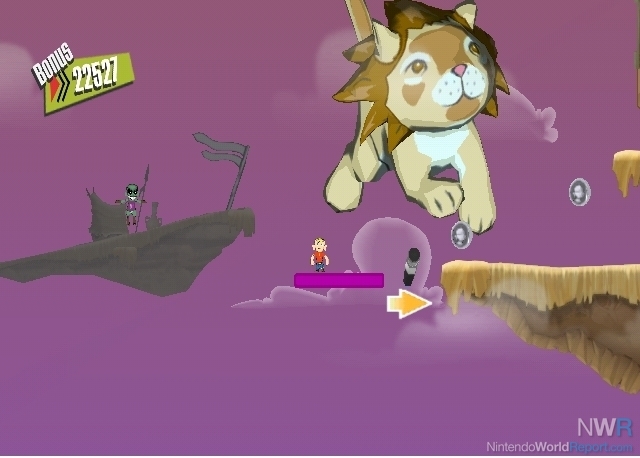 The second mode, Roly-Poly, is actually really fun. It's basically a mix of Sonic the Hedgehog and Super Monkey Ball in that you have to build up speed to get through various loops and obstacles and your movement is totally determined by the angle of the tablet thanks to the sensor in the Wii Remote. While it might sound strange to say that I prefer to use the tablet than just a Wii Remote for tilting, the added size gives the feeling that you can make wider swerves and dips – it just feels better.

Bubble Trouble and Fan Frenzy are both somewhat similar in that you're guiding Dood (who's in a bubble) through the level via the stylus again. It works a little better here than in Pen Panic since you don't have to jump and make trampolines/ink shots at the same time. The only real difference is that Fan Frenzy has you in control of a fan, so depending on whether the stylus button is pushed down, you're either pushing Dood along with a slow or fast current. In addition to these modes, there's also the option to customize Dood with your own paint designs, if you're so inclined. Dood's Big Adventure isn't a bad game, it's just (with the exception of Roly-Poly) really mediocre. This brings me to my next point: pricing.

The big issue with uDraw is that, while it certainly feels better to have the tacticle feedback of pressing a pen to a surface, there’s nothing here that couldn’t be achieved with a regular Wii Remote by itself – a bit more clumsy, I’d imagine, but still doable. I just can't recommend buying uDraw at its current price of $69.99, and an additional $29.99 for Pictionary or Dood's Big Adventure. For what you're getting, it just feels really thin. I had a blast with Pictionary, but I wouldn't pay $30 to use it over the regular pad-and-pencil version.

In time, when uDraw comes down to a more budget-focused price point, I could see it being a nice gift for children, but unless some really enthralling software is released for it in 2011, it's just not a smart purchase.

Forget this thing. Spend your money on an entry level Wacom tablet instead. You'll have even more fun with Photoshop than you ever would with your Wii. ;) 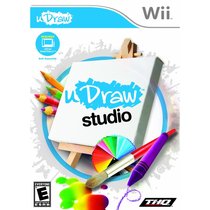