Square is running out of words beginning with "Re"

Crisis Core will be, for many, a Final Fantasy side game they just never got a chance to try. Given that the game has been stuck on the Sony PSP since its 2008 release (2007 in Japan), it's very much a welcome sight to see it coming to basically all platforms in 2022. I had the opportunity to play to the end of Crisis Core's third chapter on PlayStation 5, and while it's not what I expected it to be, I'm eager to see more about how it fleshes out the world and story of Final Fantasy VII.

As a direct prequel to FFVII, Crisis Core revolves around Zack Fair, a skilled but overconfident member of SOLDIER, the same group that Cloud Strife was once a part of. If you've played Final Fantasy VII Remake, you'll have a bit of an idea about how Crisis Core Reunion feels, but its structure in particular is what I've had to come to terms with during my first few hours with the game.

Rather than the larger world and freedom of exploration offered by the original Final Fantasy VII (itself only available on a Nintendo platform thanks to the Switch), Zack's tale is divided into multiple chapters and features more of a mission-based structure. The first three chapters have each involved a dungeon area in or around a place like the Shinra Building and then a boss fight, but accessing these segments is largely done through talking to the head of SOLDIER or another prominent character. There's no real traveling from A to B here; the little movement and exploration to be found are constantly interrupted by cutscenes or combat. And so that seems to be, at least so far, at the core of this Reunion 15 years in the making: story beats and action-RPG battles. Don't be expecting to explore all of Midgar or travel across any continent. 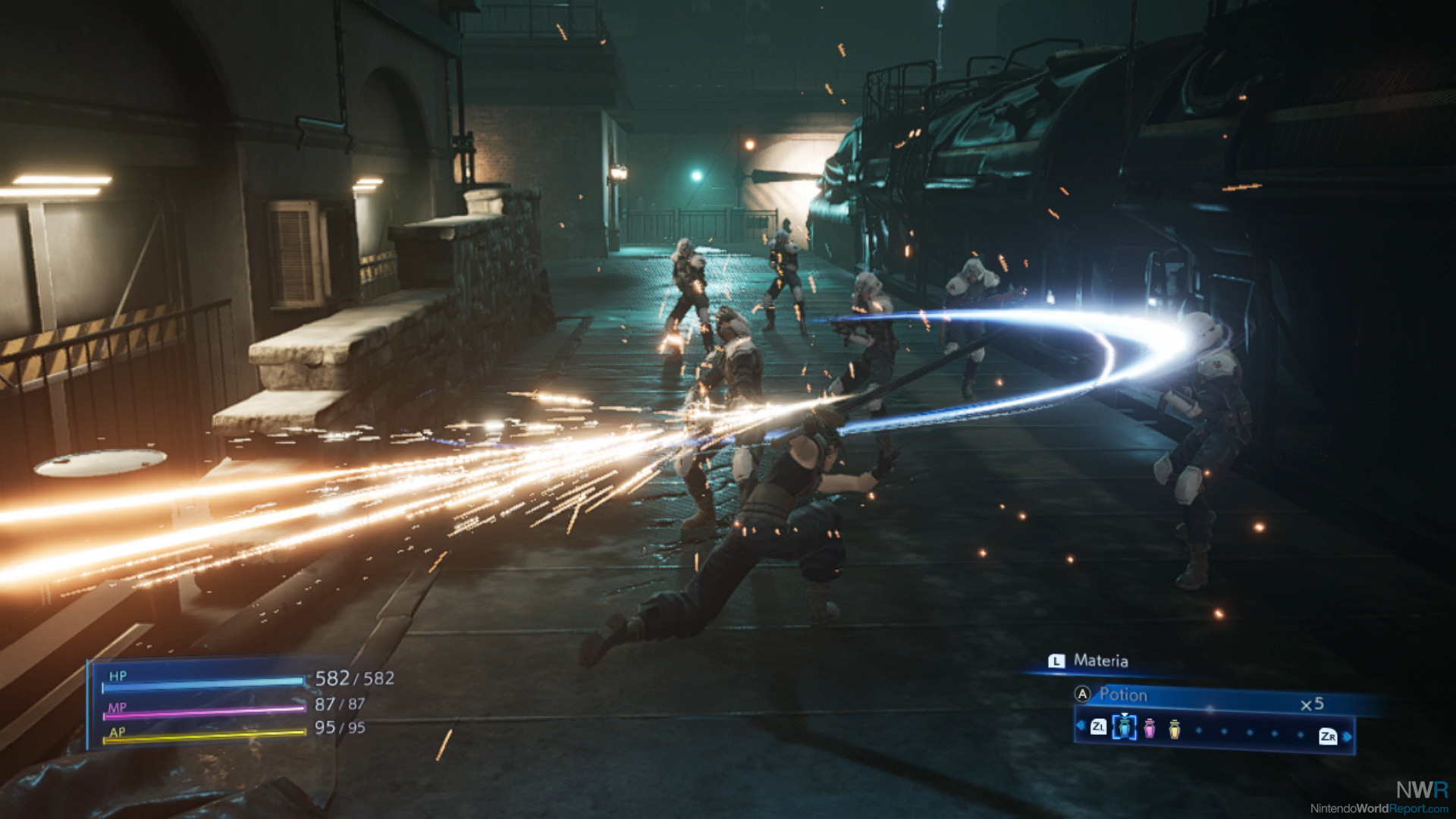 Fortunately, the combat is fast-paced and very reminiscent of FFVII Remake. You can execute basic sword slashes, dashes, and guard moves but also spend MP on magic spells and AP on physical special moves. The interplay between all of Zack's kit makes for an entertaining experience to be sure, but there's also a random element thrown in called the Digital Mind Wave or DMW. The DMW consists of three slot machine reels at the top of the screen that constantly spin during combat, and when they land on certain combinations they bestow special perks, like temporary invulnerability or free spell and ability usage for a time. It's this mechanic that also facilitates Zack's limit break attacks, which are his most powerful moves, and as he meets new people on his journey or acquires more summoning materia, the DMW becomes stocked with even more potent ways of doling out damage. Hitting an Ifrit jackpot at the right time really does make you feel like you're on fire–your opponent, too.

In addition to the main story path, there are side missions to undertake for the purpose of earning new materia, equipment, and items. These are often very slight combat encounters generally against familiar enemies or rematch against bosses like Ifrit and Bahamut. With a bevy of curative items in stock and a trusty Cura spell slotted into my loadout, I've only found one or two missions to be really challenging, but they offer a nice way to hone your skills while picking up extra loot. 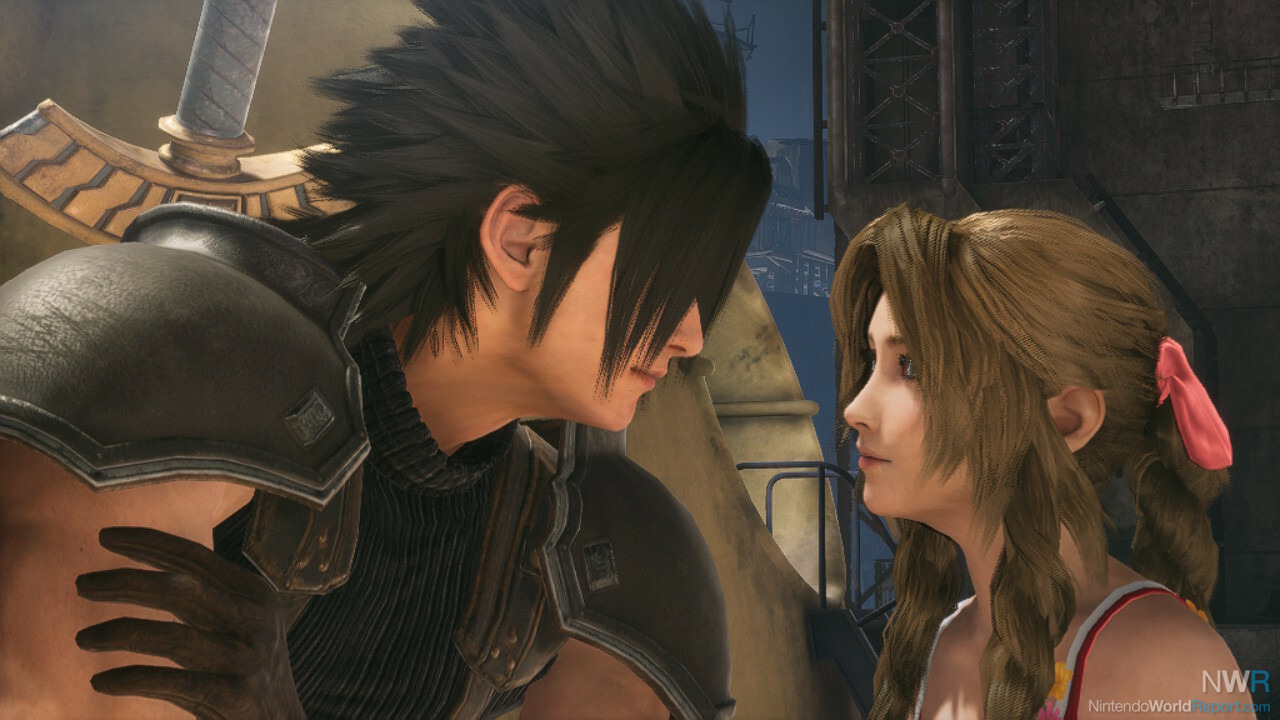 As a fan of Nobuo Uematsu's work on the Final Fantasy series, it's nice to hear familiar tunes and sounds from FFVII make a return here, which one might expect for a prequel. However, the voice acting has been a bit of a letdown so far, with Zack being perhaps the only bright spot among the cast. The dialogue has also been a bit stilted, with awkward pauses that tinge serious conversation with a seemingly unintentional dose of humor. With many more hours left to go before rolling credits, I'm hopeful that upcoming characters and scenes will sound more convincing.

After having played both Final Fantasy VII Remake and exclusives like Demon's Souls, the visuals of Crisis Core Reunion do leave a little bit to be desired as well. It looks like a game that's coming out on current and last gen hardware, as is the case. I can only speculate, but if the PS5 version doesn't look all that great, what the Switch gets may leave folks wanting as well. We'll have more to say about performance specifically when we get our hands on the Switch version. 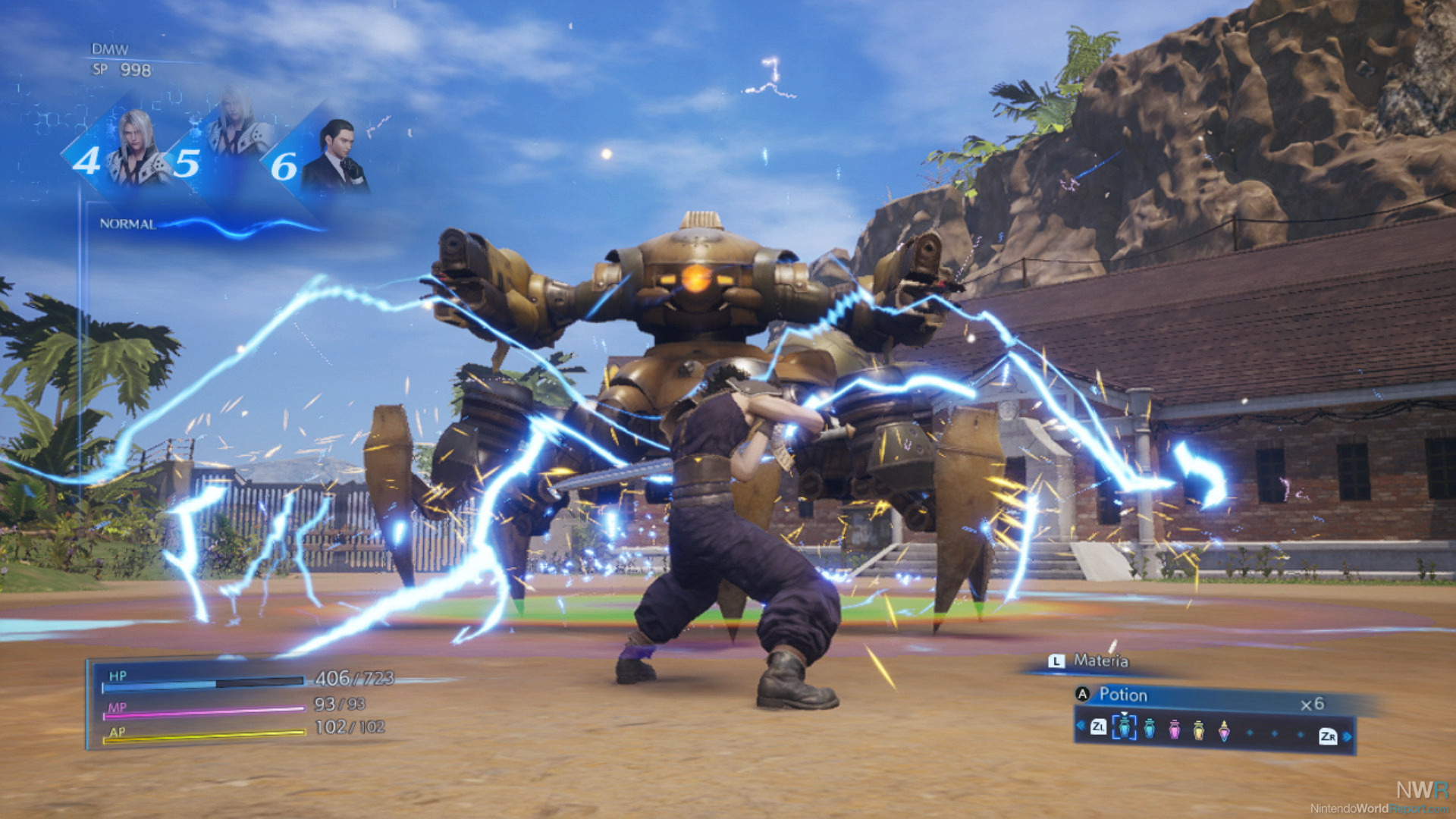 Having really just scratched the surface so far, I'm intrigued to see where the story of Crisis Core Reunion takes me, especially since I know roughly where the narrative ends up. The gameplay loop is generally satisfying, and I'm eager to see if it holds up across another dozen or more hours. With just a few short weeks before its December 13 release date, this Final Fantasy prequel once trapped on a single portable platform is almost here. Stay tuned for our full review, including Switch impressions, near launch.