Early impressions of a long-lost Square RPG about living someone else's best life.

After finishing four chapters in Square Enix’s remake of Live A Live, my major takeaway is that this is anything but your typical turn-based RPG. Not only is the game divided into seven initial chapters each with its own main character and setting, but there’s also an immense focus on story, often at the expense of deeper, more varied gameplay. During the preview period, I am able to discuss the first half of the following chapters: The Wild West, Imperial China, End of Edo Japan, and The Distant Future. While I certainly have a favorite among the bunch, I’m going to avoid sharing too much about the events of each chapter given their length (approximately 60-90 minutes) and how important their narrative is.

After booting up the game for the first time, I started out with The Stranger and his Wild West chapter. Somehow, even a barren, lifeless desert with a single horse and rider galloping through is impossibly beautiful in HD-2D, and given the variety of settings in Live A Live, it’s not entirely surprising that this game was chosen for the visual style overhaul first seen in Octopath Traveler. The Stranger’s story revolves around a gang of bandits that threaten a small town, and it’s up to him and a bounty hunter named Mad Dog to defend the town from their would-be attackers. In true Home Alone-style, you enlist the help of the townsfolk to set up traps from materials you scrounge up from nearby buildings. As you race against the clock, the more traps you’re able to put in place, the fewer enemies you need to fight before the final boss. If you’re quick, there only ends up being three or so turn-based battles in the whole chapter, but it’s interesting and fairly well paced overall. 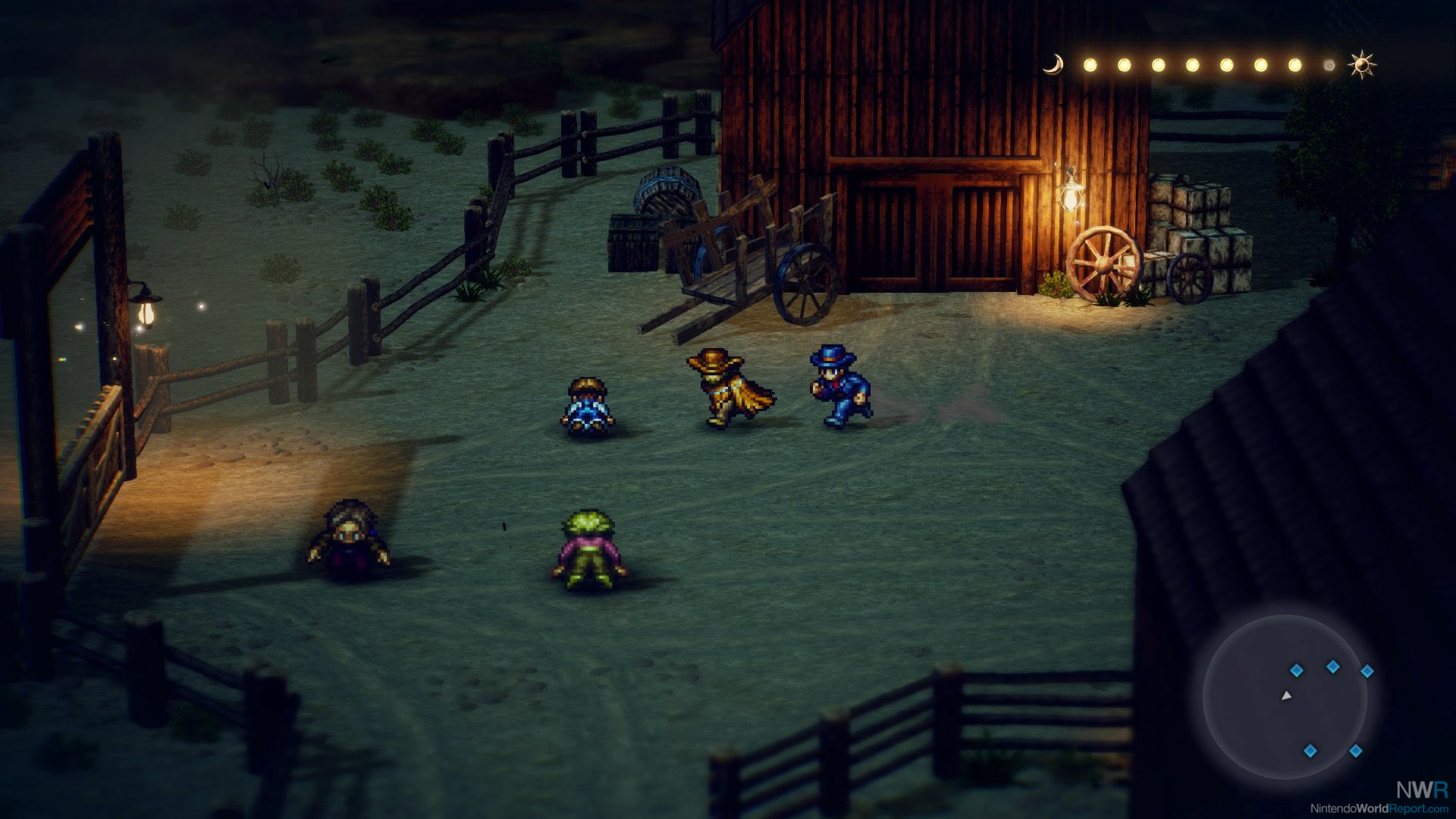 In The Distant Future chapter, you play as a small robot named Cube. It’s the least combat-heavy of the four chapters, and because its story is one that’s better experienced from start to finish without any prior knowledge, I won’t say too much about it. Cube explores a spaceship that is returning to Earth with some dangerous cargo. The rest of the crew are awoken from cryosleep by Cube’s creator Kato, and from there you can look around the ship and even play an arcade game that simulates Live A Live’s turn-based combat. The Distant Future offers a slow, dialogue-filled burn, but it builds to a tense crescendo.

The Imperial China chapter follows a Kung Fu master called Shifu who is looking to train a new disciple before he passes away so that his accumulated knowledge isn’t lost along with him. The mountainous setting, with a nearby jungle and small villages, makes for an enticing background for this particular chapter. By acquiring plants and herbs in the jungle, you can aid the townsfolk and earn rewards, but a frustrating amount of the chapter is taken up with fighting the three trainees you recruit and then brawling your way through a warlord’s residence before the final encounter. Still, there’s a lot of charm to the characters you encounter, and the experience doesn’t overstay its welcome. 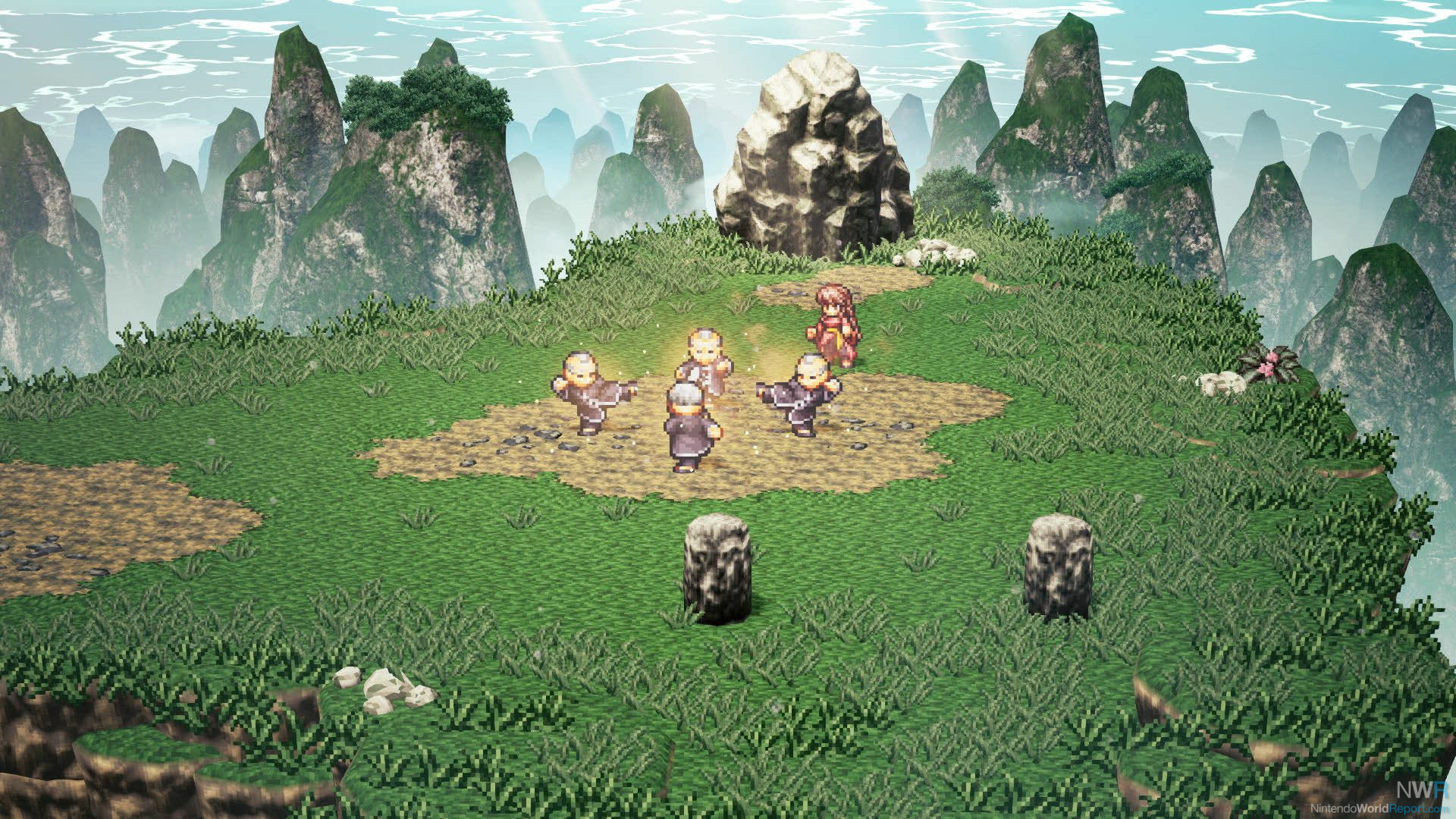 In a departure from these other three chapters, End of Edo Japan is incredibly combat heavy⁠—that is, if you want it to be. You take on the role of a young shinobi, Orobomaru, who must infiltrate a castle to free a specific prisoner, but along the way you can choose to avoid confrontations by stealthily navigating around guards and deadly shogun. There are dozens of equipment and items to acquire that can give you a leg up should you choose to charge in with your sword at the ready; however, early encounters can be quite challenging, so it’s also worth saving often. Taking on a few of the weaker opponents and earning a few level-ups (and the new abilities that come with them) can make exploring the castle much less perilous.

While the frequency with which battles come up changes significantly in the four preview chapters covered here, their style is largely the same. In all cases, combat takes place on a grid with characters having ATB-like meters that build up between actions. Once your or an opponent’s meter is full, time stops for you to take an action, such as moving, attacking, or using an item. You can even pass your turn to see what an enemy will do or to let your partner take an action instead. The character sprites, especially those of bosses, and battle animations are stunningly rendered, and each unique encounter is genuinely a treat to experience. 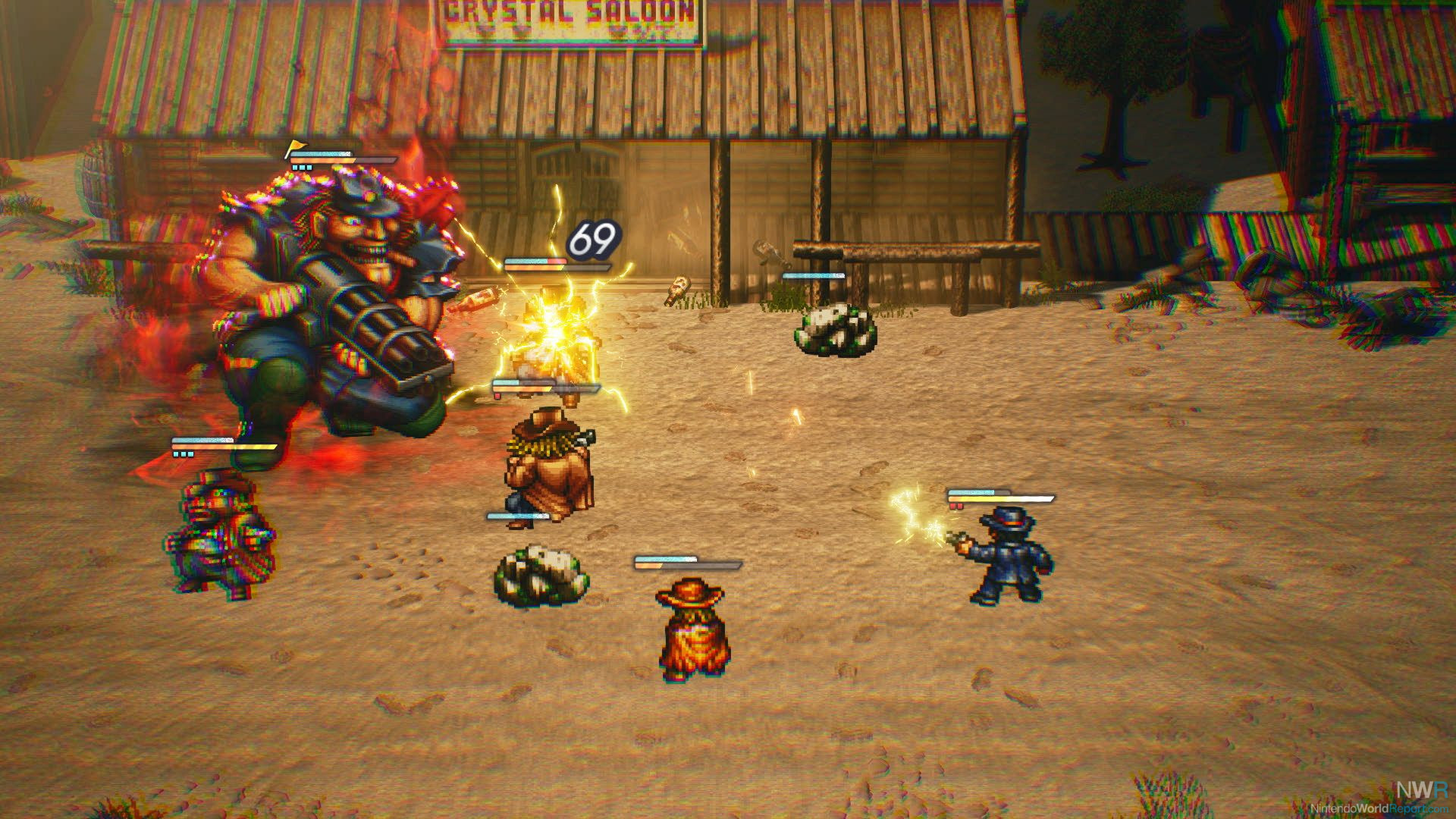 While not wholly positive, my impressions after finishing four chapters are definitely those of curiosity and surprise. That the story of each character and time period takes center stage is both a welcome change and a little jarring. Where The Wild West is fairly compact and brisk, The Distant Future is drawn-out and even boring, at least until the situation becomes a little clearer. End of Edo Japan’s map is confusing, but the way it lets you choose between master assassin and shadowy intruder is quite fascinating. It’s obvious that there’s replay value to each chapter in terms of objects to find and secrets to discover⁠—and even different endings depending on your choices. Completing each chapter also opens up songs in the Jukebox mode that can be played from the game’s main menu, and with Yoko Shimomura back for the game’s remake, you can rest assured that I’ll be keeping this soundtrack on loop.

Live A Live launches on Nintendo Switch on July 22, and we’ll have a full, spoiler-free review available just before that. In the meantime, check out the demo version with progress that carries over. The demo features the beginning of The Distant Future, Imperial China, and End of Edo Japan chapters.