How is this RPG prequel to The Messenger shaping up?

Last week, I was invited to a hands-off demo of Sea of Stars, the next game from Sabotage Studio, makers of The Messenger. During the 30-minute presentation, we were shown an early dungeon called the Wizard Lab, where players would seek out crystals to create portals within the dungeon, allowing them to explore it even further. While the demo stopped short of revealing the final boss of the dungeon, President & Creative Director Thierry Boulanger highlighted Sea of Stars’ combat, puzzles, and even the fishing minigame, while also answering questions from myself and other participants.

A phrase that was often repeated throughout the presentation was “keeping it light,” and there’s an obvious emphasis on freedom and fun over strict rule sets and repetition. Environments have height and depth to them, and your characters can jump across pits, climb up walls, and move around without much to hinder them. You can even jump in the fishing pond and swim with the fish before pulling out your rod and trying to catch one. Within the Wizard Lab, enemies, treasure chests, and a variety of puzzles gave the dungeon a traditional RPG feel, but the movement of your party and the shifting layout of some of the rooms within the dungeon felt fresh. From the opening hub room, a campsite allowed your party to rest and even engage in fireside dialogue that could offer a hint about where to go next, and Boulanger indicated that you could make camp in the overworld, too, in addition to being able to cook raw materials into consumable items. 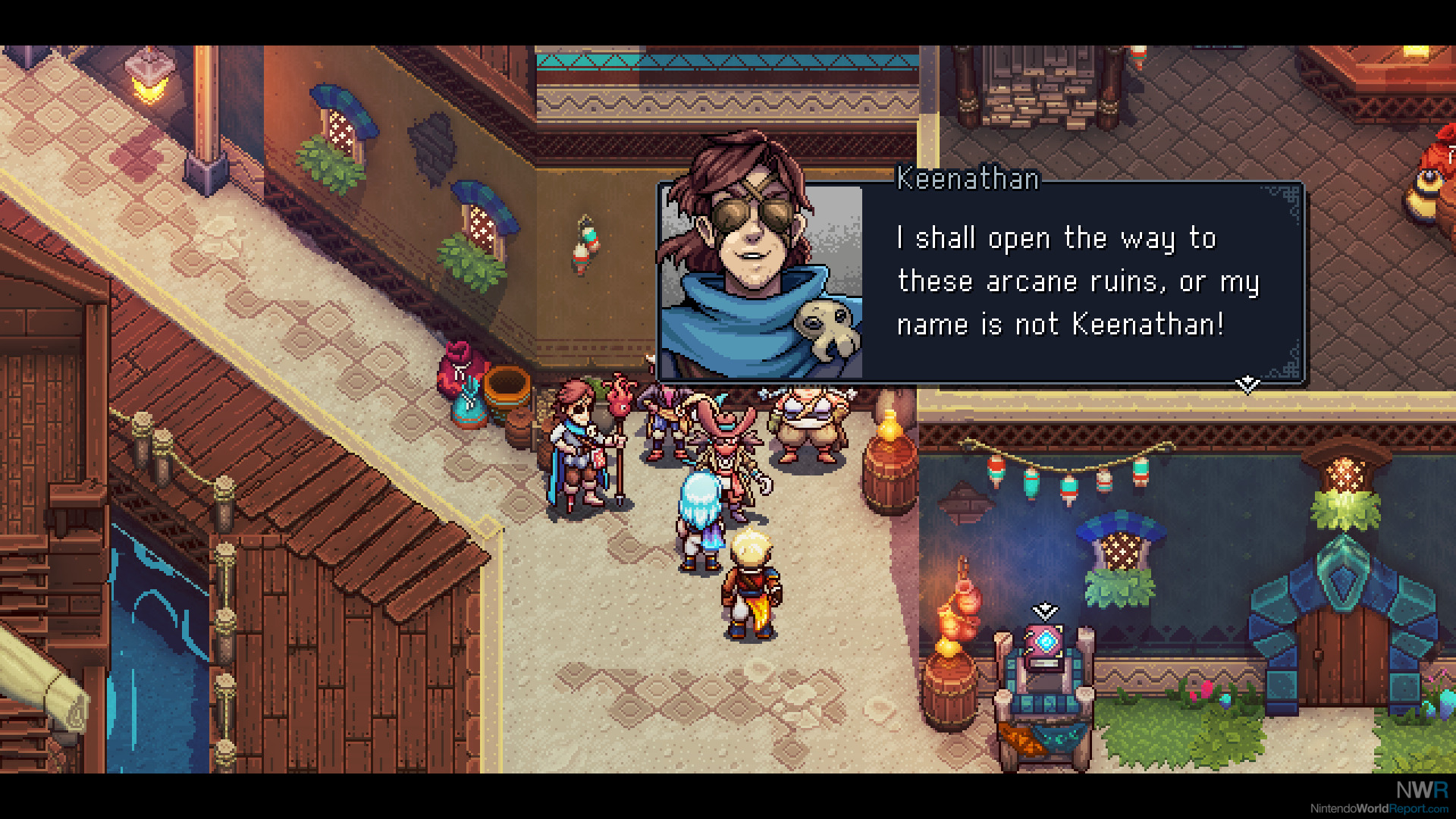 Combat seems to draw from SNES RPGs like Chrono Trigger and Super Mario RPG, with timed attacking and defending, no random encounters, and enemy positioning all coming into play. Reminiscent of something like Radiant Historia, one character was able to throw an enemy next to another before a second character summoned a fireball to damage the two enemies who were now bunched together. After one party member used a basic attack, energy particles were released from their target that the next party member was able to collect and then channel into a more powerful move of their own. Certain enemies had a bar above their heads that looked like a password combination, which is being referred to as a lock. Using specific moves that correspond to these lock boxes can fully or partially nullify an enemy’s moves, which adds another dynamic element to the turn-based battles. We learned that Sea of Stars features essentially no grinding at all, with experience being doled out to your entire party at once. According to Boulanger, bosses in the game aren’t meant to be stat or gear checks; instead, you need to rely on strategy. Related to that is the ability to switch party members in and out of battle on the fly, without consuming a turn, so you’ll need to figure out the best character for specific encounters.

I was fortunate to have a chance to ask Boulanger a few questions after the presentation, and you’ll find those and his responses below:

Nintendo World Report (NWR): It’s unique to see an RPG prequel like Sea of Stars set in the same universe as an action-platformer in The Messenger. How did your work on The Messenger inform development of Sea of Stars?

Thierry Boulanger (TB): A lot of team building, finding our own way to approach production, and also everything around production having to do with business and going to events or building a community. It's a real blessing to have a grasp on these things and be able to focus more on dev with less unknowns floating around given that this production is so much more involved for us. For me personally, Messenger was a first test as a writer. Making a first game that relied more heavily on gameplay and didn't necessarily live or die on its writing gave me the confidence to give it my best shot. Developing my own way of working as a writer, and seeing the response, provided everything I needed to feel ready to tackle an RPG. 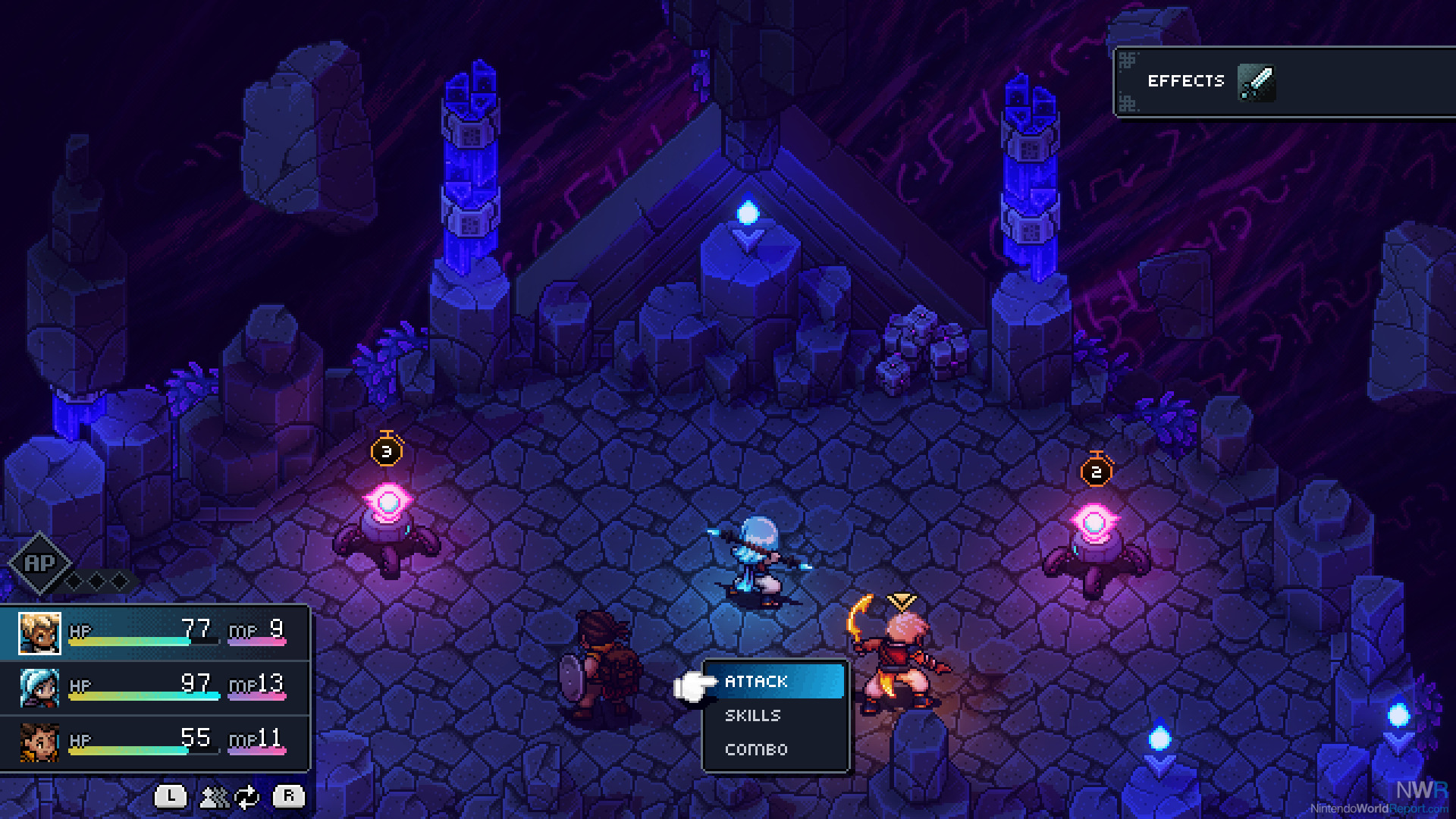 NWR: In what ways is Sea of Stars trying to build on or pay homage to RPGs that came before it?

TB: In almost all the ways! The design process involves looking at and fully challenging every single element that goes into the game. By rethinking some areas that didn't age well and letting shine those that did, we aim to present our own (very subjective, of course) modern day "definitive edition" of this retro genre we never got over as players.

NWR: How has implementing a Kickstarter campaign for Sea of Stars impacted the game’s trajectory?

TB: Trajectory was not really impacted, though we did get the validation we were looking. So I suppose it impacted it in that now that we know people want to play it, the game actually will exist.

NWR: What does it mean to the team and the game itself to have someone as accomplished as Yasunori Mitsuda lending his expertise to the Sea of Stars soundtrack?

TB: It means the world.

While we only got a brief glimpse into how Sea of Stars is progressing, it’s hard not to be excited about the prospect of a new title from this talented developer. The Messenger is among my own personal favorites on Switch (the soundtrack in particular), and now to take that world and lore they created into a completely different genre is certainly an interesting proposition. That the game not only features the work of famed composer Yasunori Mitsuda but also draws clear inspiration from beloved classic RPGs only makes the wait for it all the more difficult. Sea of Stars has a Holiday 2022 release date, but there’s no doubt we’ll hear more about the game before then, so keep checking back for future impressions and a comprehensive review closer to launch.