Another gorgeous turn-based RPG, but after a few hours, is it ascending or descending?

Astria Ascending isn’t the first alliterative RPG with turn-based combat, but it shares more than just a naming convention with Final Fantasy. In fact, the DNA of a number of Square Enix properties seems to flow through its veins, and during my first few hours with a beta build of the PC version, I’m coming away intrigued by a title whose hand-drawn visuals are instantly captivating. Even if the 2D perspective might seem limiting, I still found lots to do and see in the world of Orcanon.

The demo seems to take place at the beginning of the game, in a fantasy city named Harmonia, populated by a variety of humans and fantasy creatures. What struck me immediately was how your party of eight characters is available to you from the start; it doesn't seem like you'll be recruiting anyone to your ranks but instead building up the main cast and changing their job classes. The protagonist, Ulan, is the leader of the Demigods, a powerful group in charge of protecting the citizens of the realm from threats. The Demigods seem to largely be revered among the populace, as banners featuring their likenesses hang outside their central base. A bit of the background information about them is provided before you gain control of Ulan, but the most important detail is that the Demigods have a shelf life, with this particular set having only three months left to live. The eShop listing indicates “a more mature experience,” so it will be interesting to see what direction the story takes. 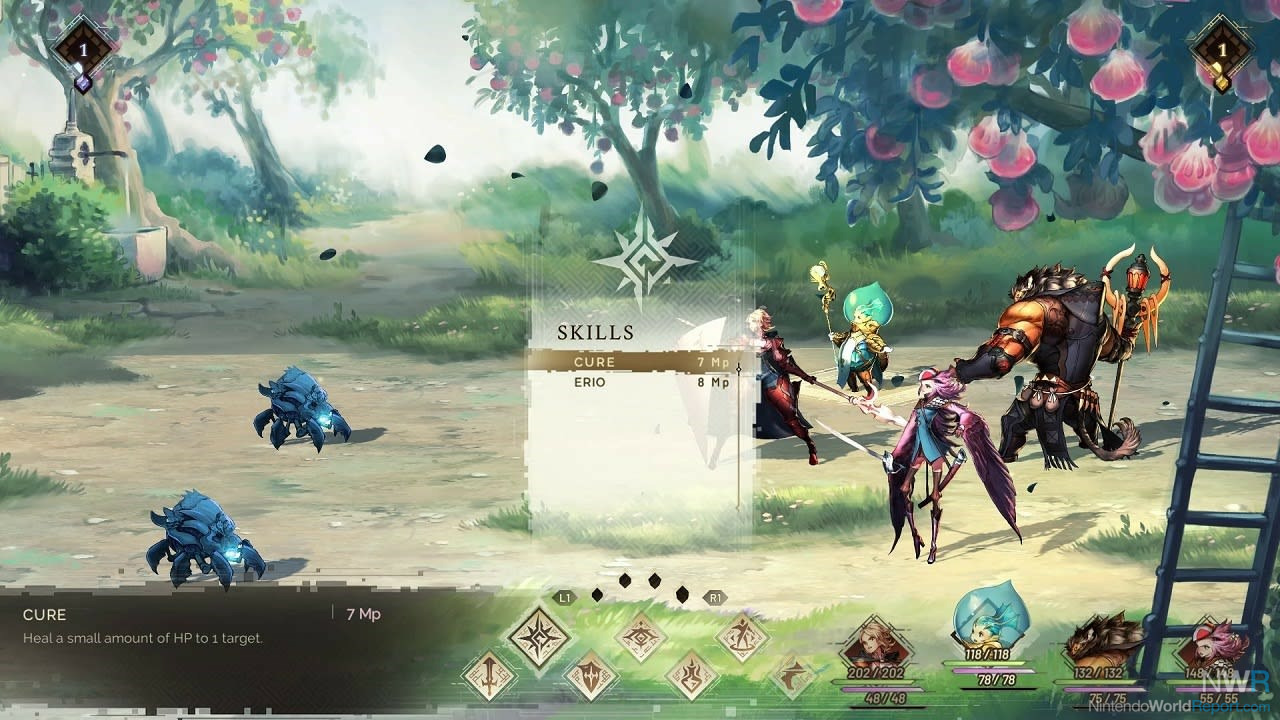 For the sake of being less prescriptive, I’m going to try to describe more of the feel of Astria Ascending and specific elements that stood out as I played through its opening hours. I noticed immediately how fast Ulan runs outside of combat, almost too fast. You also have a jump, which was necessary in the first dungeon for seeking out treasure chests and solving a simple puzzle to progress. There’s no random encounters as enemies are visible on screen and can be struck with your basic weapon to initiate combat; they can also be stunned and jumped over should you want to skip that particular fight. When combat does start, it offers a fairly standard turn-based system. You won’t see a meter to indicate who’s next to act, but by choosing the focus action you can store points that can be spent later in the round by one or more characters to deal extra damage. Hitting weak points raises your focus, while using ineffective attacks can lower it, which incentivizes learning more about your opponents and fighting them more strategically. You can also swap party members in and out, but unlike in Final Fantasy X, this does take up their turn.

In addition to your main quest objective, individuals around town will provide side quests to complete, and there’s also a mini-game called J-Ster that involves placing monster tiles on a small board against an opponent to see who can capture the most tiles. The mini-game itself seemed fine in the few matches I played, but one of the characters in your party, a thief, actually has an ability to turn enemies in the field into tokens for use in J-Ster. Reminiscent of Final Fantasy IX was another line of secondary objectives in the form of Hunts you can sign up for at the local Guild. There are also over 250 in-game achievements, and the aforementioned sidequests seem to each have multiple components; there doesn’t seem to be any shortage of things to do. 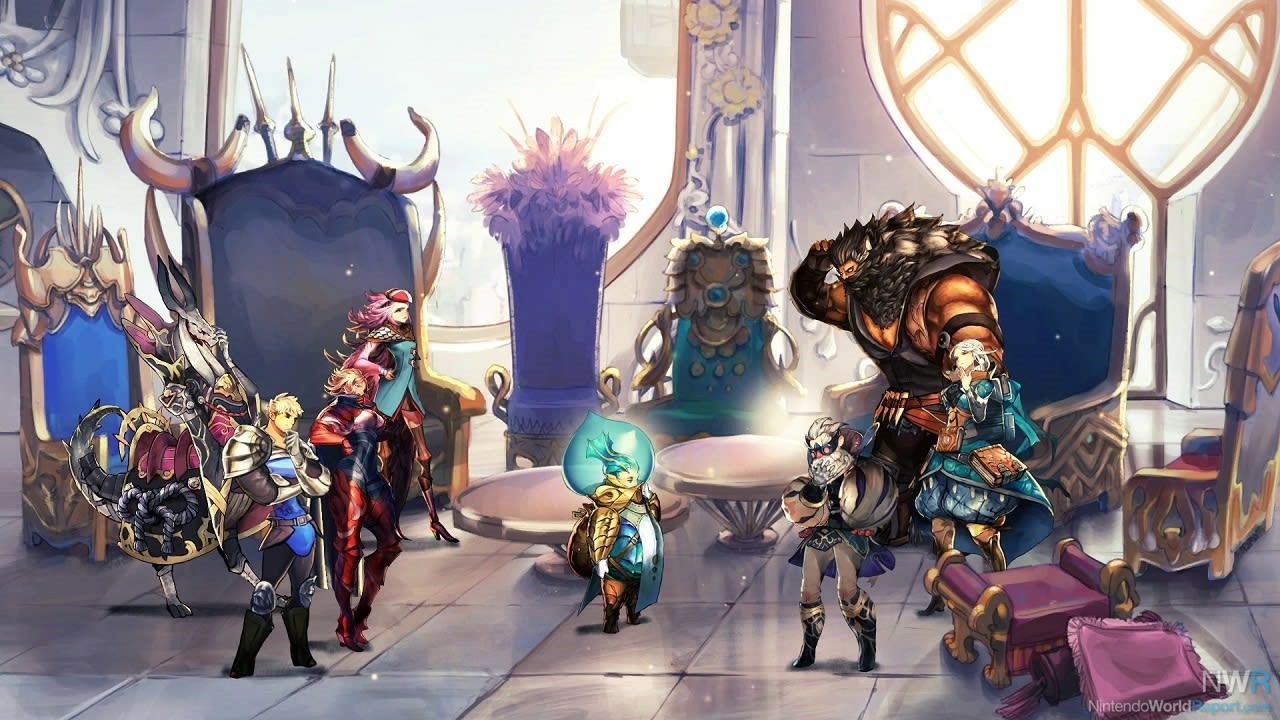 There are some interesting customization options to tailor the difficulty and overall experience to your liking. You can toggle whether enemy weaknesses are displayed by default, turn off enemy respawning, add treasure and enemy icons to your map, or even reduce the amount of experience that reserve party members earn (for more of a challenge). Side quest indicators can be turned on and off as well. The ability to save your game anywhere is a welcome feature, especially in what figures to be a fairly lengthy game, and teleport portals are unlocked in dungeons that allow you to warp back to town, if need be.

Ivalice’s own Hitoshi Sakimoto was brought on board to do the soundtrack for Astria Ascending, and what I’ve heard so far is impressive. The visual spectacle seems like it will be matched step-for-step with an equally majestic musical score, and I’m eager to hear more of it after diving into the full game. The voice acting was largely on point, with a few side characters detracting a little from the overall effectiveness. Given that you have eight party members to handle from the outset, the menuing felt a bit daunting since there was so much choice in terms of whose abilities should be improved using the shared SP gained from combat and whose equipment should be improved. 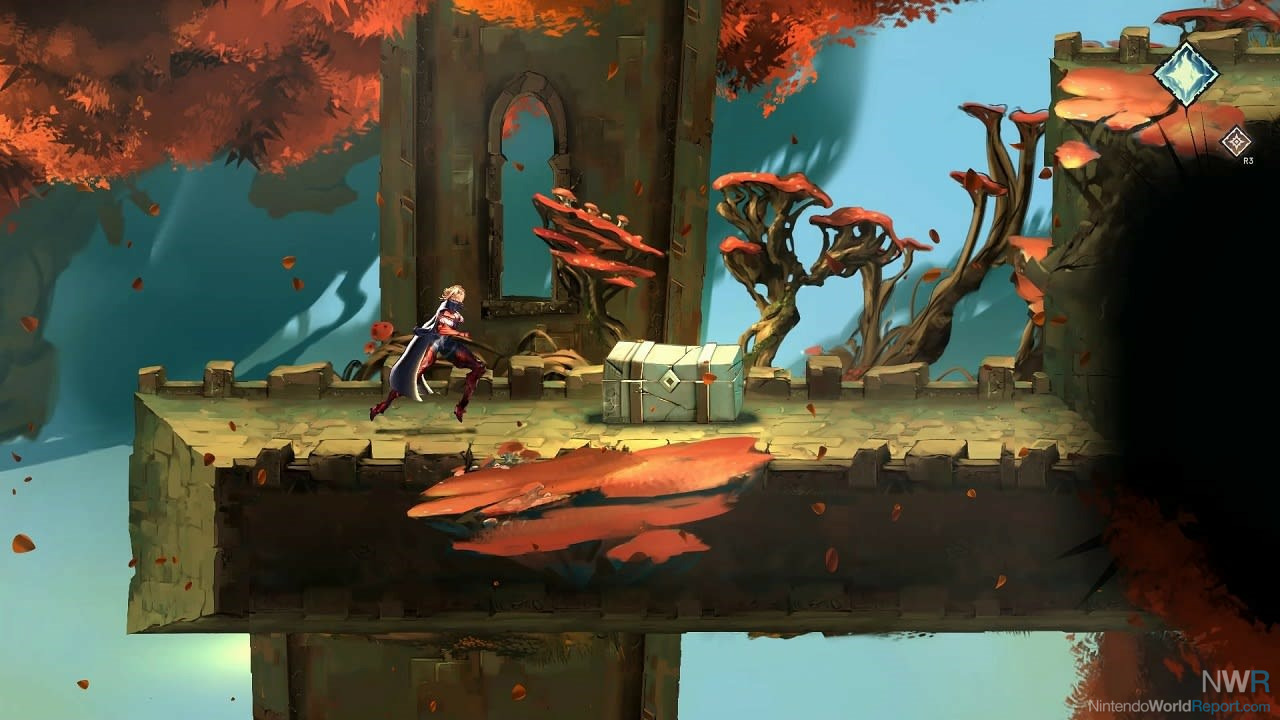 To close with a few odds and ends, the characters look like the beautiful portraits that are used for dialogue-filled cutscenes and not much else, except you actually get to control them and not just see them a fraction of the time. However, on some of them the mouth movement looks particularly weird when they’re speaking. After a battle concludes, items, gold, and experience gained aren’t displayed on a separate screen; instead, they’re indicated very casually back on the overworld screen. I found this change a bit jarring, as it almost made what are normally key details in an RPG feel like more peripheral information; however, transitioning in and out of combat was snappy, so probably a net positive. I’m not sure what the performance and loading times will be like on Switch, but everything was very snappy, and given the smaller environments of the 2D landscape, screen transitions were frequent, so I was glad to not be waiting more than a few seconds for each one. Something that wasn’t quite so snappy was the cutscenes themselves, which often hung for a few seconds in between lines of dialogue; their pacing just felt off, and with no means to speed them up save for skipping them entirely, I’m hoping some adjustments will be made to smooth them out.

Its colorful cast and vibrant world will be open to further praise and scrutiny when Astria Ascending comes to Switch on September 30. We’ll be right there with a full and comprehensive review, and if the demo continues to excite, things will definitely be trending up. Dare I say “ascending.”