Sometimes the goal is actually to die!

Disc Room is an upcoming game being published by Devolver Digital and developed by the team that previously brought us Minit. In the year 2089 a strange disc is discovered in the orbit of Jupiter, and a team of scientists are sent inside to investigate just what this mysterious disc may be. Inside they discover a strange alien death labyrinth filled with various types of dangerous buzz saws. The player must navigate the labyrinth room by room, completing the various challenges it asks of them to open the doors and get closer to escape. At PAX East 2020 we were given the privilege of talking with the developers and giving the game a try for ourselves. 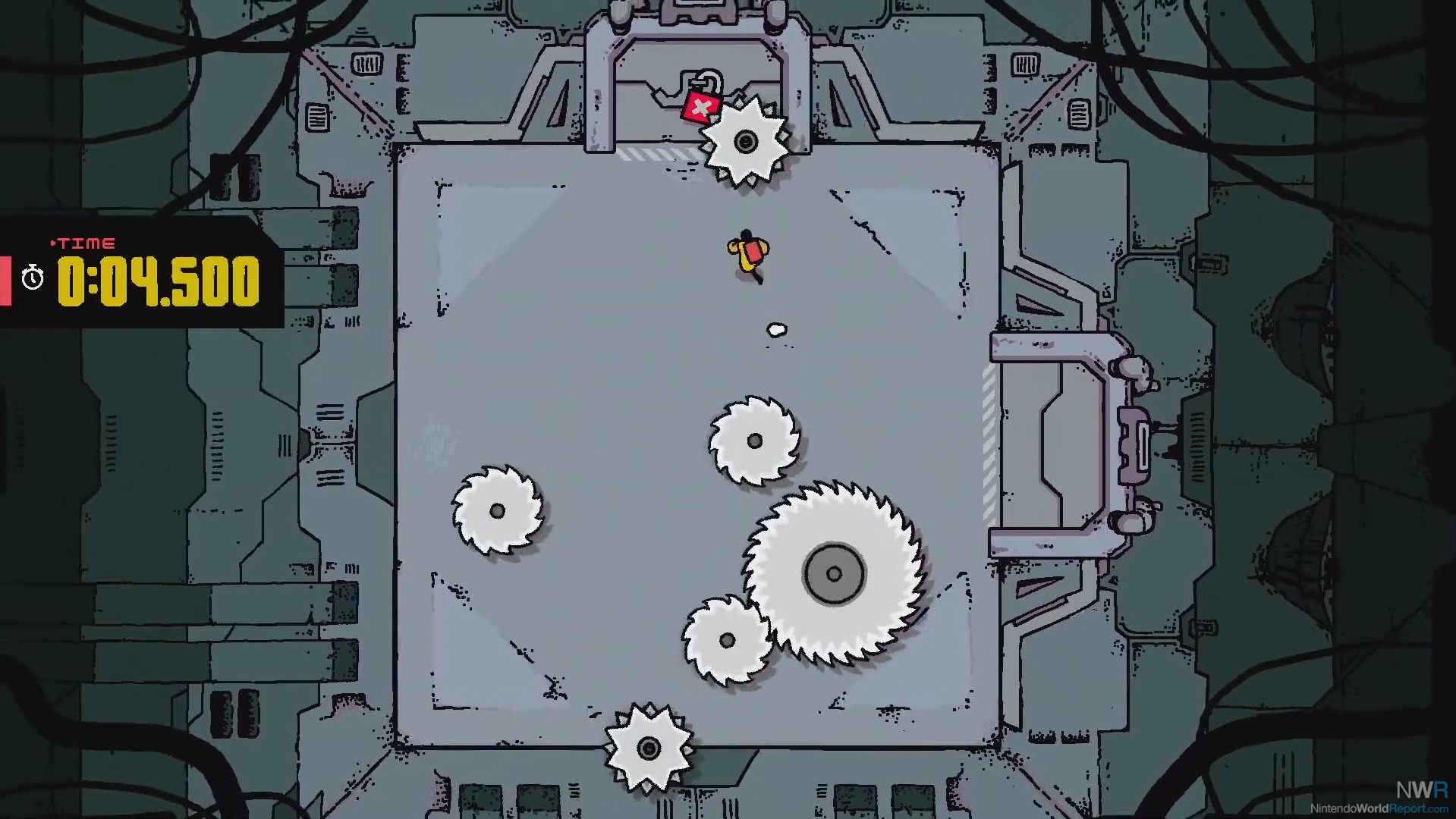 Gameplay in Disc Room is pretty much as simple as can be: you are placed in a room that quickly fills with various types of deadly discs. You must run around and avoid the discs, with your only real ability (at least in this demo) being a quick dash that can go through discs without harming you. In each room there will be a number of doors into other rooms, and each door has a different method of unlocking it. Some doors are simply unlocked by surviving a certain amount of time in that room or even surviving a certain amount of time in total between all rooms, but others require less finesse and more creativity.

By far the most interesting part of Disc Room is that sometimes dying is actually the goal, such as one door we encountered that wouldn’t open unless we died to four different types of disc. To do this we had to venture into other rooms to search for what we needed, as different types of disc spawn in different rooms. When you die you are given the option to spawn in any of the rooms you have previously been in, with an image on the screen telling you whether or not you have seen every type of disc available in said room. With this in mind exploration is incredibly encouraged, and it’s very interesting to see a game where sometimes death is explicitly the path forward. The devs we talked with said that one of their goals was to make a game that took the frustration away from dying, with the feeling of making progress regardless of what happened to you.

The demo of Disc Room ended on a boss fight with a large disc that shot smaller discs, giving the true feeling of something akin to a bullet hell. In order to damage the boss we had to collect three mysterious yellow orbs, after which we were treated to a comic book style cutscene of our scientist quizzically looking at one of the orbs in question. Our time with Disc Room was incredibly fun, and the soundtrack provided by artist doseone (Gang Beasts, Enter the Gungeon) made the experience even more delightful. I look forward to seeing what else the final product has to offer and even more excited to see just how many types of disc can slice me in half.

Disc Room is currently set to release on Nintendo Switch and other platforms some time in 2020.