René Boutin and the Fall of Sunsoft

How a golf course investment wound up spelling doom for a vintage '90s developer. 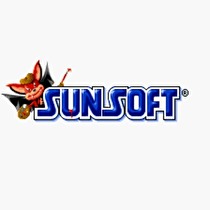 NWR: You worked at Sunsoft from 1993 to 1995. During that time, the gaming industry was preparing to make a massive jump from 2D gaming to 3D gaming with the PlayStation, Sega Saturn, and Nintendo 64. Were employees at Sunsoft hesitant or excited about making that jump from 2D sprites to 3D polygons?

RB: I think it was a very confusing time for everyone. There were two major issues affecting video game publishers and developers at this time: the transition from 2D to 3D as you correctly pointed out, and also the format games would be delivered on.

For the former, the challenge was the uncharted territory. For a development studio, here you were with experience, staff and tools all accustomed to 2D work. Studios needed a decent cash buffer to experiment, re-train staff and build new tools, and that didn’t even guarantee survival because so much was just too new. How should a 3D game play? For example, nobody truly understood how to make a proper 3D platformer until Nintendo released Super Mario 64. Was what had been done on PCs translatable to consoles? How much was a realistic budget, and how do you keep a publisher from balking at 2x, 3x, 4x budget quotes with no guarantees your studio could deliver?

The other issue was deciding on which format to bet on: Cartridge or CD-ROM.

At Sunsoft, the feeling was that upper management was really hesitant, especially over that issue. The debate was quite split: Nintendo was betting on cartridges, a tried and true format that was durable, difficult to copy, convenient for kids, required no mechanical parts, provided fast data transfer and “instant on” games, but cost a lot and had limited storage capacity.

On the other side was Sony backing a CD-ROM format with exactly the flipped benefits and deficiencies: easily scratched (not convenient for kids), would in theory be easier to copy, required a mechanical optical drive that could eventually break down, provided slow data transfer and therefore “load times”. But as an advantage, it had loads of storage capacity (comparatively) enabling inclusion of video and CD quality audio streams.

Sunsoft seemed to handle both challenges like a deer in headlights, although in the end, completely unrelated circumstances lead to their demise.

NWR: Did you notice Sunsoft having problems (financial or structure problems) before leaving the company in 1995?

RB: Yes and no. There were clues, but I didn’t put the pieces of the puzzle together until it was too late.

In 1994 the console game industry was in a slump and several new consoles were already trying to inject fresh blood. There was the overpriced and lackluster 3DO, the Sega Saturn had been unveiled at the 94 Summer CES, and I think we had seen the Sony PlayStation by then as well. (The N64 was still two years away, but was also already publicly known under the name “Project Reality”).

By December ‘94 we had all three of these consoles in our QA room, but all Sunsoft had in development for them was a port of “Myst”. This made all of us in production quite nervous and frustrated, since we knew it took at least a year to create a game and bring it to market. We had some game concepts that would have worked well for these consoles, but nothing got the green light. One producer had written up a “Blaster Master 3D” proposal, and I had a 3D shooter concept that involved miniaturized combatants riding various flying and walking insects. But we were told that anything that was not tied to a license just did not sell, which was true for the 16-bit consoles around that time, but it seemed like suicide to have nothing in production at all.

Another clue that year was the company switching our medical coverage to a cheap HMO. And then our 1995 Winter CES booth was smaller than usual, tucked away in the back of the exhibit hall. It was around this time our Director of Development, David Siller, suddenly announced he was leaving to work for Universal Interactive.

Then a short time later, in February 1995, the entire staff was called in for a meeting where Sunsoft’s president announced that the company was shutting down effective immediately. They kept on a skeleton crew of four or five people to wrap up operations and facilitate transfer of IP over to Acclaim, but that was it for production, QA, and marketing. By this time, Looney Tunes B-Ball was in QA at Nintendo and we had just gotten Speedy Gonzales to beta, so it was about to go as well.

It turned out that Sun Corporation had lost millions on some golf course investment in Palm Springs and it cost us all our jobs. There’s an interesting interview with David Siller here

RB: I was not directly involved in purchasing and licensing with either console maker, so I only have peripheral knowledge. I think Nintendo may have been more expensive, but both console makers had similar licensing requirements:

Sega and Nintendo handled all manufacturing and packaging. The publisher had to pre-order a minimum quantity of cartridges at a fixed cost, with cost increasing if you needed extra ROM chips or inclusion of battery-backed memory (for which Nintendo charged something like $5 extra). This is why so few third-party games had the ability to save game data and resorted to complicated “password” systems. It was just too expensive to add the battery.

Both Sega’s and Nintendo’s costs as well as minimum order quantity came down over the lifecycle of each console, but in the beginning the investment was quite risky. If a game didn’t sell, retailers would send the overstock back to the publisher.

There were also rules about how many games a publisher was allowed to release within a given timeframe and strict rules regarding content. Nintendo was known for being the stricter of the two.