We talk to Jools about Moon Chronicles: Season One, downloadable content, the upcoming Razor Global Domination, Renegade Kid's relationship with Nintendo and more!

Today we get to sit down with none other than the co-founder of Renegade Kid, Jools Watsham! There’s lot of things to talk about, primarily concerning the upcoming Nintendo 3DS release Moon Chronicles: Episode One, slated for release in March. We talk about the episodic structure of the game, distribution of the downloadable content, how many seasons we could see of Moon Chronicles, some talk about their upcoming Razor Global Domination game heading to the Wii U in 2015 as well as their relationship with Nintendo.

Nintendo World Report (NWR): The first season of Moon Chronicles is a remake of the original Moon game released for the Nintendo DS back in 2009. Why did you decide to revisit this game again and remake it for the Nintendo 3DS?

Jools Watsham (JW): We revisited the game for a few reasons. The original game had a relatively small launch on the DS; there are many people, today, who have never heard of the game before. So, with this in mind we thought it best to release the story from the beginning , with the intent to continue it.

NWR: Was there any consideration to develop the remake for the Wii U?

JW: Our thoughts have always been primarily on the 3DS version, but we have discussed a Wii U version. That is something that would only happen if the 3DS version is a runaway hit so we could afford to invest in a complete visual upgrade to take advantage of the increased graphical power offered by the Wii U. 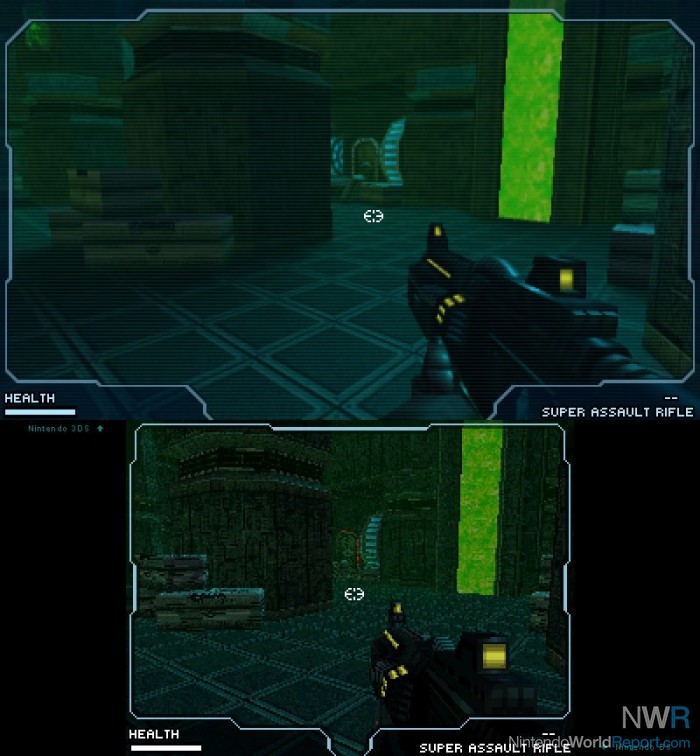 NWR: Does the 3DS infrastructure, or perhaps something within Moon Chronicles itself, help inform people who own the game that a new episode is available? In other words, how do you retain long-term awareness of people who might buy the first episode but who don't regularly keep up with eShop releases?

JW: We are considering the addition of SpotPass for a future update of the game. Other than that, we are primarily relying on exposure through the press and on the eShop itself to inform people of new episodes. This will be a learning process for us, and Nintendo.

NWR: Downloadable content is still a relatively new concept for Nintendo 3DS owners. What made your decision to go down the episodic/season route as opposed to a traditional release?

JW: The episodic approach is something I have wanted to do for a very long time, but the delivery method wasn't fully there. The Nintendo eShop provides a great system to support this idea. The reason we want to present Moon Chronicles in this way, is because this method is something we would enjoy experiencing ourselves with other story-related games - such as Zelda. It is similar to the TV show approach. Instead of having to wait for a sequel to Wind Waker, for example, being able to get a hold of smaller chunks of gameplay that continue the story is something that I think would be very appealing. 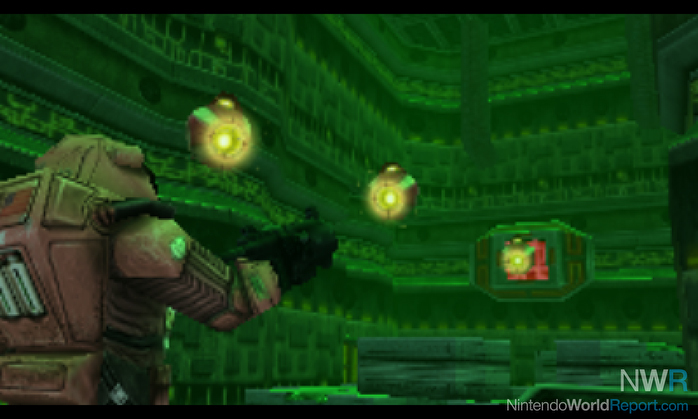 NWR: Do you see future games from Renegade Kid being released as episodic content?

JW: Yes, I think some of our future games could work well with the episodic approach. In many ways, Moon Chronicles is a good test for this method, and its performance will affect our future plans for adopting it again.

NWR Have you looked into selling the entire season as a package, with later episodes automatically downloaded? Is that even possible on 3DS?

JW: We felt that asking for payment upfront for episodes that are not yet available was too much of a change for the eShop. This pricing model is accepted on Steam, and other outlets, but it feels too soon for it on the eShop. It is a consideration for season two, though, if season one goes well.

NWR: Do you expect that Season 2 will look or play significantly differently than the original Moon content that you're porting over for Season 1?

JW: Our plan for season two is not to reinvent the wheel. We want to continue the story and present new and interesting gameplay challenges. We will naturally investigate ways of improving the look and performance of the game, but our main focus will be on new content that entertains the player.

NWR: Was there anything, due to technological limits, that you couldn't implement on Moon, but now you can with the move to the Nintendo 3DS? 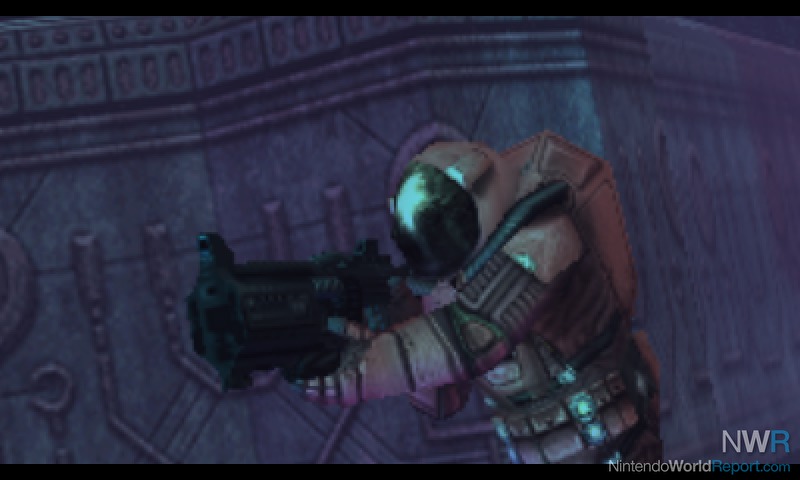 JW: The main area of improvement that the 3DS offers over the DS is graphical power - in terms of in-game content. This is something that we will continue to explore over the coming seasons.

NWR: How long do you see development of future Moon Chronicles seasons lasting? Do you think this could be something that would last throughout the life cycle of the Nintendo 3DS?

JW: It is difficult to say at this stage, but we plan to release the first few episodes of season two in 2015, and perhaps cross over to 2016 with the remaining episodes. It is my hope that we can manage to squeeze in a season three or maybe even season four before the life cycle of the 3DS is over. But, this all hinges on the game's success with season one.

NWR: First person shooters are fairly uncommon on both the Nintendo DS and 3DS. Why do you think that is?

JW: First-person shooters are very difficult to create on handhelds, and require a dedicated engine to perform even at acceptable standards (30fps), let alone silky smooth 60fps. In order to get the most out of the 3DS, you're really investing a lot of effort into one platform. Many developers want to create / use an engine that can support more than one platform - understandably. Plus, home consoles and the PC offer more power and a more appealing possibilities to many developers.

NWR With the recent news that DS games are coming to Wii U's Virtual Console, is that platform something you think would work for a game like Moon? 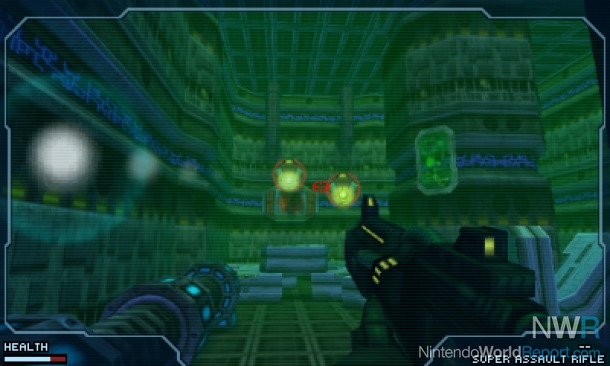 JW: I can't imagine the controls adapting very well to the Wii U due to the game's use of the Touch Screen. I don't think it will be unplayable, but it might not be ideal either.

NWR: What can you tell us about the recently announced Razor Global Domination? How far along are you in development?

JW: We're in the early stages of development.

NWR: Razor is renown for their line of scooters. What has it been like working with them thus far?

JW: They have been a great team to work with. We have flown out to meet them, and we chat via phone and email often. They are very involved with the game, which we think is awesome!

NWR: Renegade Kid continues to support the Wii U and Nintendo 3DS with new titles. What do you find most satisfying about working with Nintendo on new releases? Have you seen an evolution in your relationship with Nintendo in recent years?

JW: The Nintendo community of players is very unique. There is a great sense of passion and excitement in the Nintendo community that I have not seen elsewhere. There will always be a few that have nothing nice to say about anything, but they are very much overshadowed by the genuinely awesome folk who simply love games for what they are and do not measure a games' value by realism, violence, or other superficially macho standards. Don't get me wrong, I like realistic violence in games, and I expect much of the Nintendo community does too, but the exciting fact is that cute games like Mutant Mudds and Bomb Monkey can receive equal respect.

"I can't imagine the controls adapting very well to the Wii U due to the game's use of the Touch Screen."

I don't understand what he means by this. Are DS Virtual Console games not going to make use of the GamePad's touchscreen? I mean, the top screen of the DS would be displayed on the TV, the bottom screen would be on the touchscreen of the Wii U GamePad, you would aim with the stylus, shoot with the L button, and move with the stick / d-pad. I don't understand why he thinks that a game designed for a system with 2 screens (one of them being a touchscreen) wouldn't adapt very well... to a system with 2 screens (one of them being a touchscreen). That's kind of the entire point of emulating DS games on the Wii U - because it's the perfect system to do so, unless I'm completely missing something.

Ever since the Wii U GamePad was revealed, I've wanted an FPS game that used stylus controls for aiming. Having some DS FPS games on Wii U Virtual Console would, in a way, finally see that come to fruition. I would love to play Dementium 2 that way.

I think he meant the size of the touch screen was much larger so bouncing the stylus around to aim doesn't work quite as well as it did on the small DS screen.

Why does no one ask about Cult County?