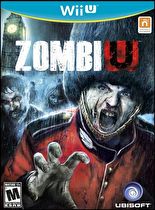 We recently had the opportunity to chat with Florent Sacré, creative and artistic director of ZombiU, and Guillaume Brunier, producer of ZombiU, about the Wii U launch game that has captured the adoration of most of the staff here at Nintendo World Report. Enjoy!

Nintendo World Report (NWR): The first handful of reviews for ZombiU scored the game lower than the now average on Metacritic and seemed to pan the game for being less action-packed than most first-person shooters. During those first few days after launch, your team left a message on the floor alerting players that the game is survival horror. Was that in any way a response to early critics of the game who might have missed the point? Was that frustrating?

Guillaume Brunier (GB): Everyone can have their opinion, we respect that, but we would be lying if we said we were happy after the early reviews. I think it was only natural to feel somehow disappointed at that moment.

Florent Sacré (FS): We didn’t come across any specific difficulties. Both the team and its leads agreed on the game’s genre and its hardcore dimension. Nintendo was thrilled with the concept straight away. 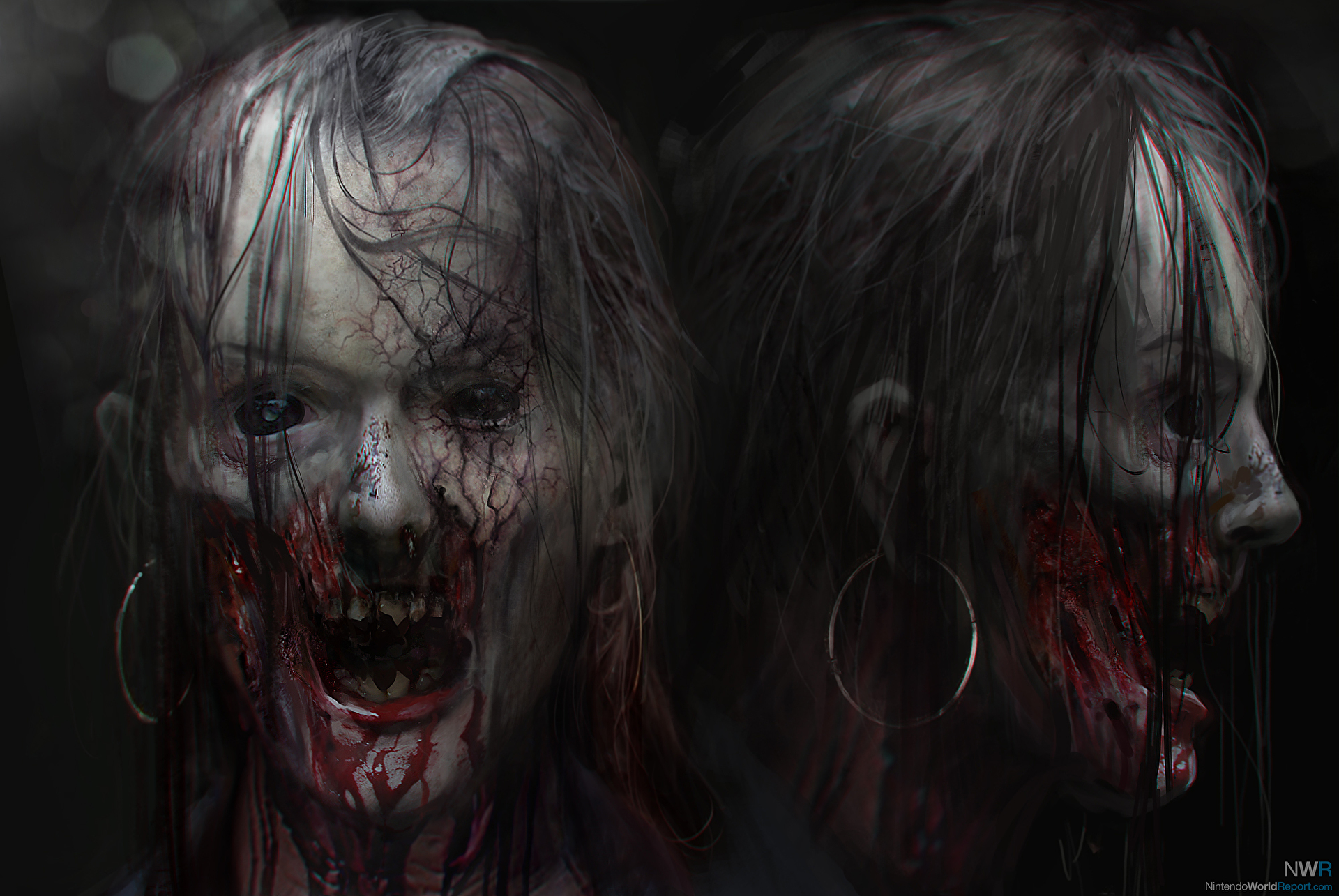 NWR: Was there any worry that the punishing death mechanic would be too challenging for a majority of players? What did you do to make the game "more friendly" to players who aren't accustomed to that kind of challenge/style of play?

FS: We wanted to offer a great experience for gamers of all skill level so we added a “chicken” mode for those who wanted to ease their way into the game.

NWR: Your studio is well versed in platformers, but has only developed one previous FPS. What kind of work and study goes into creating an FPS that remains current in the industry, and yet still a Montpellier game? What lessons were learned from the studio's King Kong title?

FS: Some of us worked on Ghost Recon Advanced Warfighter, and that experience was precious when it came to tweaking the 3Cs – character, controls, camera. We spent a day at the firing range to find out what it was really like shooting a weapon. Some paintball guys gave us some replica weapons and we looked at a whole load of other games to understand and refine our own work. As soon as we start work on a project we soak up everything going on and then offer something new. Regarding King Kong, the project taught us a lot and showed we were capable of creating games that were very different from each other.

NWR: Coming from the team that made Rabbids Go Home, this game couldn't be any more in the other direction tonally. What are the pros and cons of working with those two different tones?

FS: We had great creative freedom for Rabbids, (Rayman: Raving Rabbids, Rabbids Go Home), but for ZombiU we had to stick to the survival-horror genre and the zombie world. I am not for or against any particular game genre and Jean Philippe Caro (the other creative director) is the same way. We like switching from one world to the next but we also like developing existing worlds. Our aim, along with the team we work with, is to focus on a specific world/franchise. 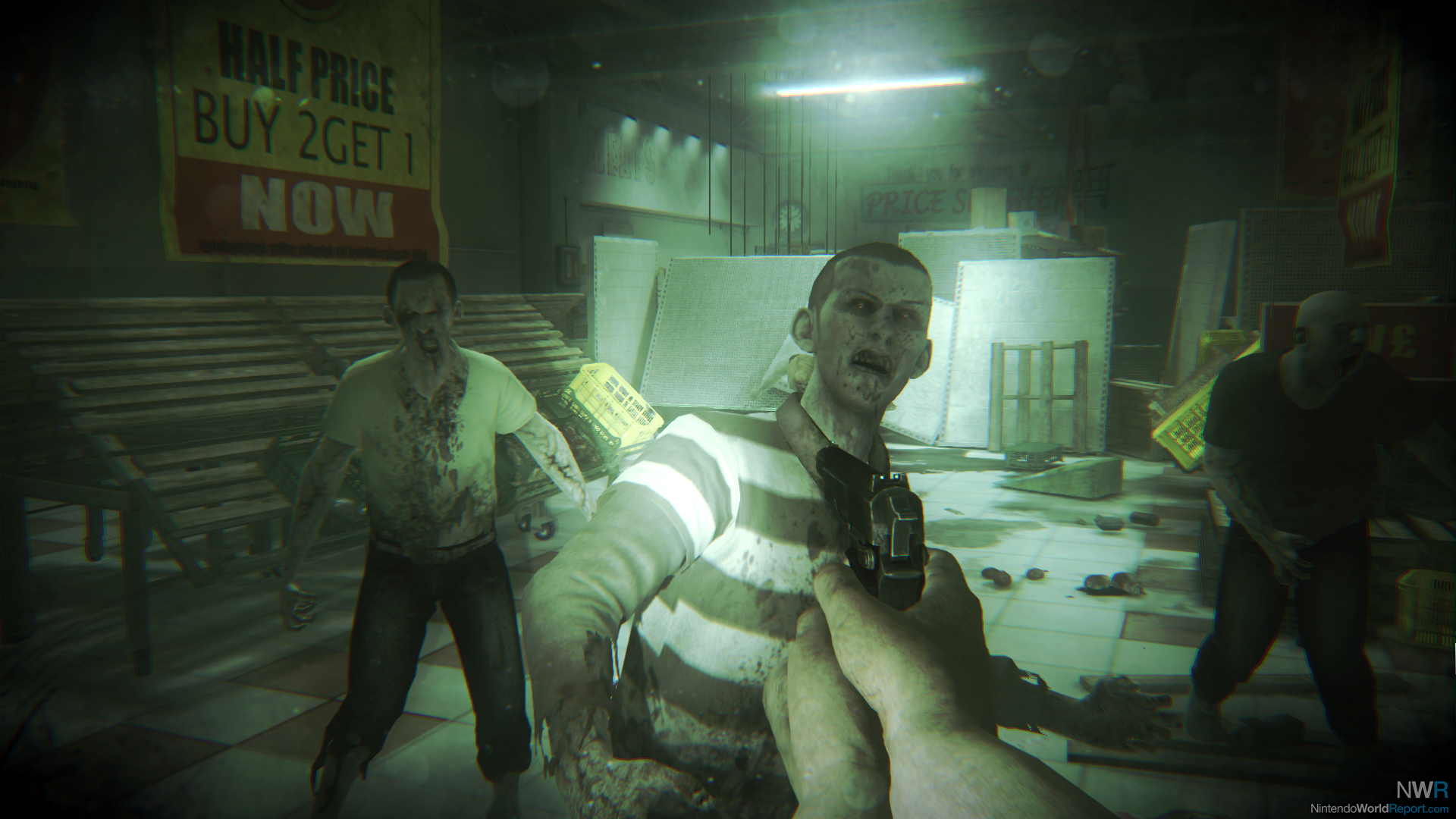 NWR: Was there any thought given to adding multiplayer to the main campaign mode, either in a competitive or cooperative fashion?

GB: We did, but we ruled it out quickly as we thought we could not deliver it on time. How to bring a cooperative experience and still keep fear and tension is a question we would love to address though.

NWR: Which element came along first, the idea of controlling a string of different survivors, or the plot?  How were you able to weave a cohesive story without a static central character? How did this decision affect the narrative of the game?

FS: Playing several characters - normal guys, guys like us - was one of the first ideas we had in the project. To maximize the survival experience, we didn’t want a hero that was too cumbersome. The story came later. By organizing everything around the Prepper we could justify the series of safe house guys. We left room so that players could let their imaginations run wild, so that they could interpret the game world and characters and tell themselves stories. This space for freedom was essential to us.

NWR: Throughout the game, the player character never really takes a starring role in the events going on, and instead assists the NPCs who are trying to find a way to escape, cure, or survive the zombie outbreak. What were the challenges of creating a world where the player never really feels like a hero? Was that a rewarding experience?

FS: In our game, the general hero concept was pointless for the fear and survival element. Survival lays down the law and the player always has his back against the wall. To become the hero, he has to be smart and iron-willed.  The challenge a player has to overcome in ZombiU can be daunting. In the meantime he has lived through a fun and enriching experience, and got a real kick out of being scared witless, sitting comfortably at home on the sofa.

NWR: How exactly did that meta-communication left by the team in the game come into being? The daily "leaderboards," the running list of players who have beaten Survival Mode, the challenges like finding the special survivor—is this something the team created and implemented on its own, or did Nintendo encourage this kind of involvement? How long do you plan to continue doing this?

GB: The team came up with this. Nintendo was very supportive as it’s close to the Miiverse spirit. We wanted to be able to surprise players by being very close to them. We’re having a lot of fun doing this. And we have many ideas to get this ball rolling. One in particular is about our 300k+ zombified friends stored on our servers. Who knows what we could do with them.

NWR: What are your impressions of Miiverse in relation to ZombiU?

GB: That’s one of the great things about the WiiU. We’re on the Miiverse all day long, chatting with players, checking their status, admiring the crazy art they’re creating. 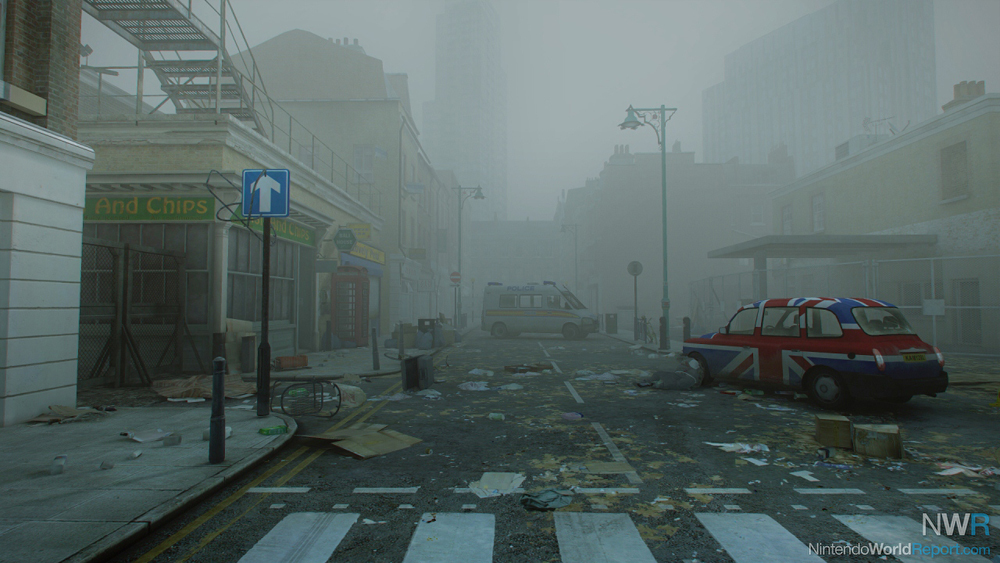 NWR: ZombiU has been considered a "remake" of your original Zombi game, which I suppose makes this a franchise. Will we be seeing a return to this franchise in the future, and if so would it be in London or another zombie-infested town?

GB: We have a hard time squashing this theory. ZombiU is not a remake of Zombi. True it’s a tempting thing to believe as there are similarities but we only realized this afterwards. Now if that helps ZombiU being a franchise, we should stop fighting for the truth!

NWR: Did the push to launch the game alongside the Wii U require some things to be left on the drawing board for a future title or, better yet, DLC?

GB: Cooperative play would be one example. There are also things that we should have left on the drawing board like the tapping gameplays to nail barricades or open manholes.

NWR: Was there ever any thought given to a more expansive online multiplayer mode? If so, what would it have been like?

GB: We did not spend a lot of time contemplating online multiplayer as we had other issues to address. In our most exciting dreams, we would like to create an online experience where players never quite know where they stand between coop and player vs. player. Doubt is a great nest for tension and fear.

Eh, I think we should multiplayer, and especially co-op, would have yielded less-than-desirable results.    One of the many reasons this game is so scary and nerve-wracking is because you're alone, and there is no one to help you.  If you were playing this game with someone else, either in online co-op or local, you would really lose that.  Same with a multiplayer versus, a la "someone plays the zombie."  Might sound cool, but I don't think it really pans out too well.

Just because a game is online co-op, doesn't mean the players have to stay together the entire time. They can split up and do different tasks to help accomplish a common goal. Imagine how scary it would be if you had to suddenly split up.

If the game was more open world, random coop could be fun. Suddenly having a strange player wander across your screen and steal the health pack you wanted to pick up would be a real trip! Do you get his help to clear out that nest of zombies ahead or do you kill him to steal his crossbow?

"The first handful of reviews for ZombiU scored the game lower than the now average on Metacritic and seemed to pan the game for being less action-packed than most first-person shooters. "

Actually, I can name you 2 out of 3 "lower" scoring "reviews" with "reviewers" that apparently didn't finish the game. I can name you one site that "reviewed" it with a high score, that didn't finish, but they did have a full page ZombiU ad running at the same time. After the editors/staffers knew the game was not finished before it got a review, did they pull the review? Nope. They deleted comments from the "review" showing it had not been completed, then threatened a user with (another) ban if he "undermined" the review. Yes, asking questions such as, "Was the review completed? How many hours did it take? How many survivors?" and stating things like, "The review has incorrect information" or "The review has bad information" is "undermining".

So, you have three large sites (one site/magazine) that apparently didn't complete the game, but we're supposed to trust them for their "reviews"? Gamez journalizm is a joke. I feel sorry for developers these days, sending out copies to sites/reviewers and the "reviewers" don't even finish the game before slapping a score on it. Developers spend 1-2 years making a game, and a reviewer can't spend 10-20 hours to finish a game?

So, if Florent and Guillaume are reading the comments, I really hope they realize (they probably know) that the early reviewers (some negative, one good) didn't even finish the game, and wanted to complain to complain apparently. Or, they realized their audience may want to hear something a little different and that the site they were reviewing it for had a full page ad for the game running, which is no fault of Ubisoft, but the site itself.

Yeah, it would be cool if it worked like Journey. You are just going along, and then you stumble upon another survivor. Do you work together? Do you kill him for his supplies? Do you abandon him at the first sign of trouble? I think that would be awesome.