Spirited Away is an animated film released in 2001 produced by Studio Ghibli and directed by the legendary Hayao Miyazaki. The plot follows a young girl named Chihiro who unintentionally wanders into a bathhouse for spirits and must find a job within in order to save her parents, who have been turned into pigs. It is a certified classic and to this day is still the only Ghibli film to take home the Oscar for Best Animated Picture. I mainly mention all of this because I consider it to be important context when talking about Spirittea, an upcoming title from developer Cheesemaster Games. Spirittea is described as “Stardew Valley meets Spirited Away” and as somebody that is a huge fan of both of those things, there was no way I could turn down the chance to try a demo a bit early when offered. 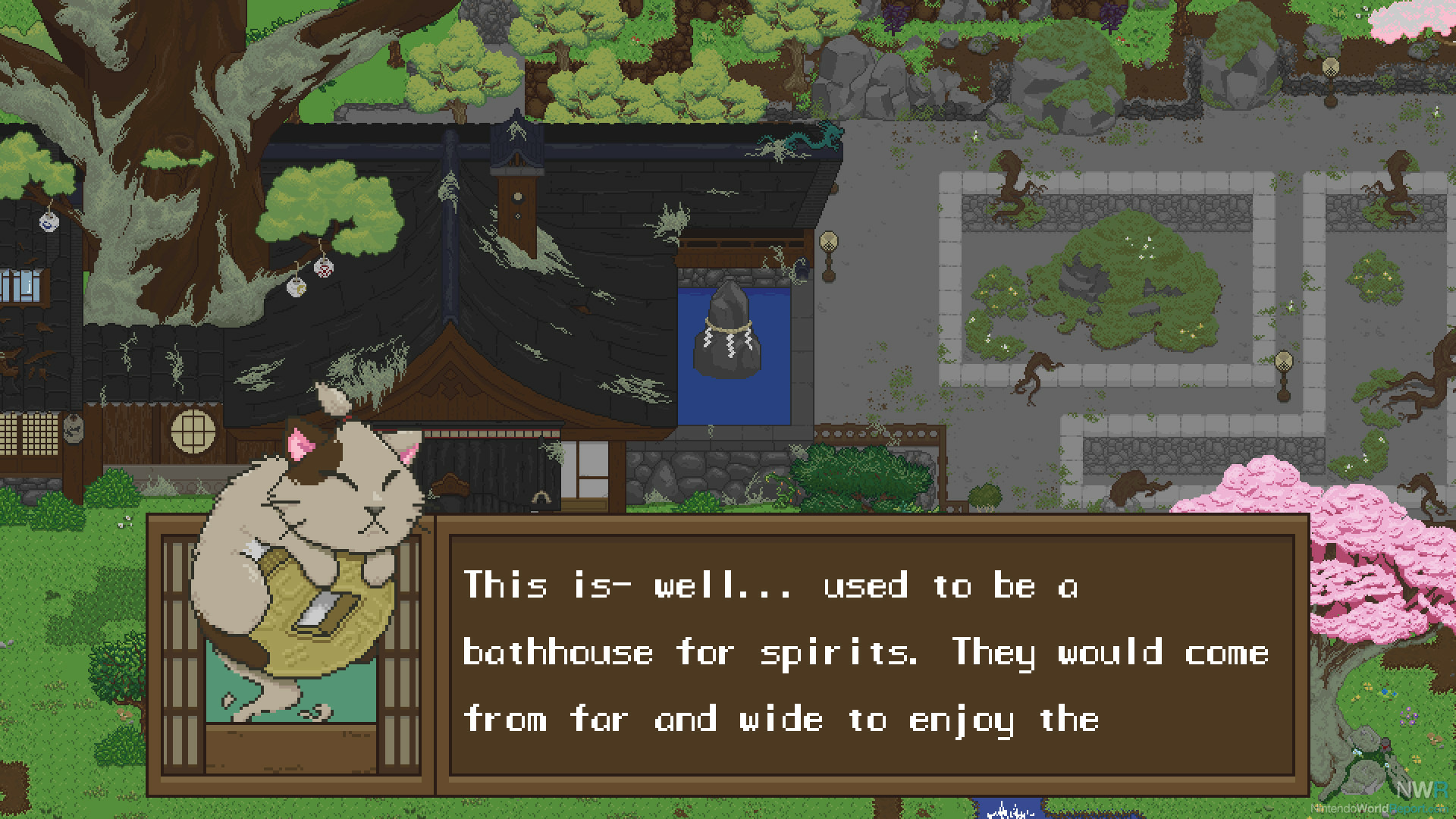 In Spirittea you start as somebody boarding a bus in the city, which takes you to a character creation screen. The customization options in this demo were very limited, which was kind of a bummer, but I chalk this up to the whole thing still being an in-progress work. This bus takes you to a far away rural town which you can name, and from there the Stardew begins to poke out just a little bit. You’ll find yourself in this town filled with characters all leading their own lives, such as Tifa, a cute tea leaf farmer who the older citizens sure seem eager to hook you up with at some point. The Steam page does not currently mention whether romance options will be available in Spirittea, but the fact that Tifa heavily blushed when she stumbled on her words talking to me implies it’s a large possibility. It is however confirmed that you will in fact be able to befriend and get to know the other citizens of town, potentially gaining benefits for doing so along the way.

After taking a sip of the tea made from Tifa’s leaves, you are suddenly provided with “Spirit Vision.” This allows you to see the spirits wandering the town, the first of which is a cat spirit named Wonyan who explains that the spirits around town have become “lost” and forgotten who they are due to the fact that humans have stopped worshiping and providing offerings for them. In order to help these spirits you must find them and solve their issue, bringing back their true form, which allows them to become a potential customer in the main event: the bathhouse. The core of Spirittea becomes a management sim of sorts as you attempt to run a bathhouse for spirits, doing all of the jobs yourself. This includes making sure the boiler is always running to provide hot bath water, washing and drying towels to provide to incoming customers, and making sure spirits are seated next to spirits they get along with. 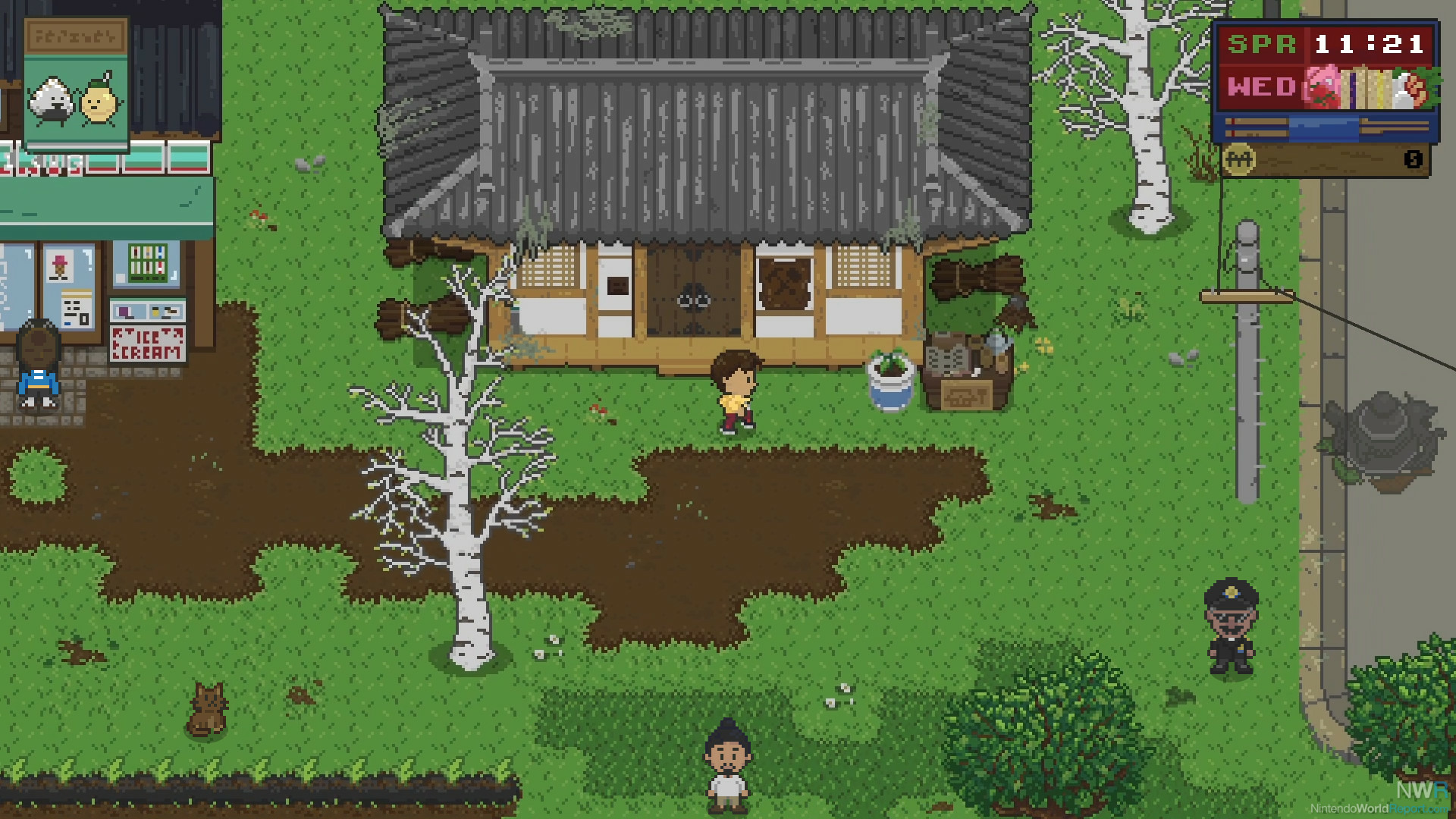 Every spirit is associated with a season, and these seasons come into play when choosing their spot in the bath. Spirits are indifferent to being seated next to other spirits of their season, they love sitting next to the opposite season as them (so for instance, winter spirits love sitting next to summer spirits), but hate sitting next to spirits from the seasons directly adjacent to them (fall and winter). There is no obvious indication of what season a particular spirit belongs to, and it’s up to the player to figure that out based on their reaction when seated next to others. The better an experience the spirit has, the more money they’ll pay once they leave. Wonyan mentions other methods of upping a spirit’s mood if it grows foul, such as cooking them food or scrubbing their back, but these features were not yet available during the section in which the demo takes place.

I am now exceedingly excited to see more of Spirittea after my time with this demo, though there is no exact release date listed other than “Coming Soon.” My only real issues with the game were that it at times felt a bit slow to do tasks, but I am also assuming that in the final game you’ll be able to not only upgrade your bathhouse (a feature confirmed to exist) but also yourself, upping things like your movement speed or how fast you can saw some boiler fuel off of a tree. Personally I found myself so absorbed in the minute to minute management of my bathhouse that I had to actively force myself to close the demo in order to write this preview, and I consider that to be a pretty good sign of what’s to come. If you want to give this demo a try for yourself it is currently available as part of Steam Next Fest, which will be going throughout the week.

Spirittea is currently set to release on Switch “soon”.

This game looks so cool. I can't wait.