Explore dungeons and kill some demons. Or romance them. 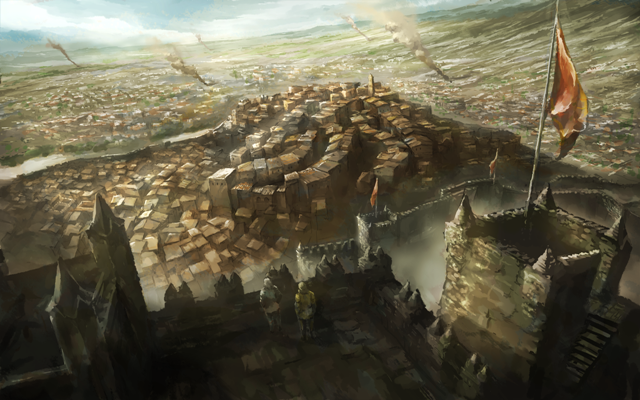 I wouldn't hold it against you if you believed that the Shin Megami Tensei universe is impenetrable and probably not for you. Between the Japanese name, the concept of bargaining with and fusing demons, the dozens of spin-offs and a history dating back to the Super Famicom days, the revered series does not exactly scream "approachable." Despite having played some games in the Persona sub-series, even I walked towards the Shin Megami Tensei IV demo with some trepidation. My familiarity with some key combat mechanics helped, but clear menus make the game accessible to any RPG fan.

The first area of the demo consisted of a dungeon. A helpful map is revealed while exploring and marks automatically the main points of interest on the bottom screen. On the top screen, you control your character from a third person perspective and can swing the camera around with the shoulder buttons. The enemies show up as blue mist-like forms, and charge at you when they notice you. If you time it correctly, you can swing your sword at it to cause damage before the battle has even started.

The battles themselves are a turned-based affair, but go by very quickly if you know what you're doing. In classic SMT fashion, you can discover an enemy's weakness through either trial-and-error or scanning it. Hit it with an attack of the appropriate element (fire, electricity, light, etc.) or type (slashing, piercing) and you stun it, allowing you to attack again immediately. As long as you are careful that the enemies don't do the same to you, the fights are over very quickly. 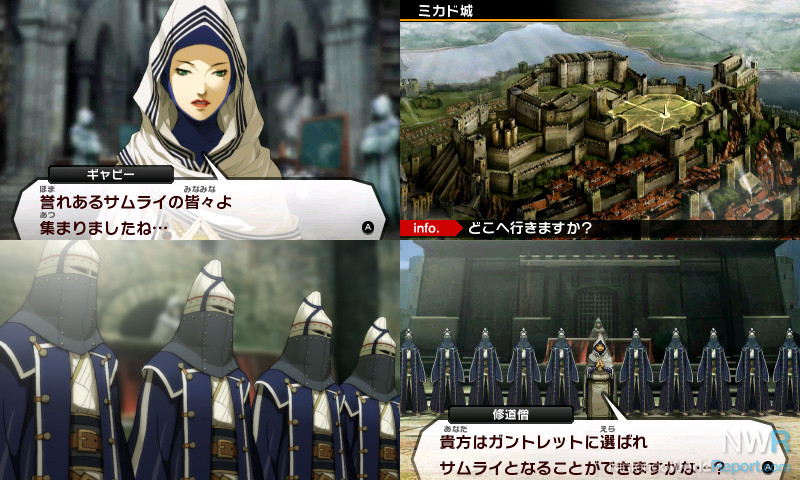 However, fighting is not the only option. Aside from the main character, your party will consist of demons that you recruit by talking to them. You can choose to talk to any demon that you encounter, aside from bosses. Requirements can vary to recruit them, and that's where the game is a little bit more opaque. One demon I talked to asked me to give him certain items. Once he got what he wanted from me, he said thanks and fled. Another one asked me how I felt about about bugs. I could say that I liked or that I hated them, but I just had to pick the third choice: "I used to be one". Very impressed that I shed my insect carapace to become a squishy human, the demon joined my party.

All of the demons active in your party gain experience points and can level up after a fight. Usually, they will learn new skills, but you will have to choose to abandon old ones to make space for them because of the limited number of slots available. Occasionally, the demons will evolve into a different demon. And when certain requirements are met, they will teach your main human character one of their skills. Should you choose a skill that your character already knows, you will make that skill even more powerful.

The first third of the game is mostly linear dungeons but once you reach Tokyo, the game opens up. In the city, you can explore larger areas in the same way that you explore the cramped dungeons, but once you reach the edge of an area, you exit to the world map, which is a series points of interest connected by roads. You can still find items and get attacked by monsters in this view, though you lose the ability to take a swipe at them before combat begins.

The game demoed surprisingly well for an RPG. The 3D effect looks great while exploring dungeons, but the 2D sprites during combat take some getting used to. All of the main cutscenes were accompanied by competent voice acting and the dialog with demons was as twisted as you'd expect.

The quick pace of the battles, the interesting setting and the demons afraid to gain extra pounds by gorging on delicious human blood are all right up my alley, and I can't wait to get my hands on the full game next month. 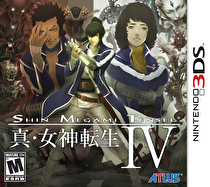