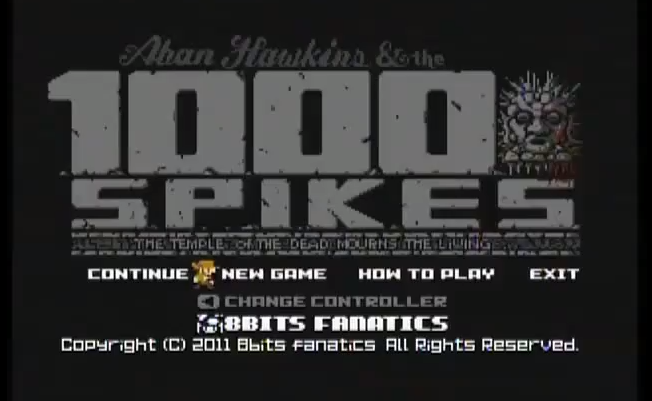 1,001 Spikes is a retro-styled platformer, and as the name suggests, levels are full of spikes and all sorts of other traps and enemies through which the Indiana Jones-style character must survive. Unlike other current efforts, such as Cloudberry Kingdom, 1,001 Spikes is reminiscent of classic, methodical platformers and features hand-crafted levels. Aban Hawkins & the 1,000 Spikes was Asada's second release on Xbox Live Indie Games, the excellent work of a flyer designer in his spare time. 1,001 Spikes is a refined version, which Nicalis is helping port to a variety of systems, including Wii U and 3DS.

1,001 Spikes looks and plays very much like an NES game. The graphics, art, and sound hew closely to the restrictions of the NES, and the game design seeks to match the difficulty of that era as well. Though the game is difficult, it is never cheap -- it always warns you that something bad is about to happen (for instance, some spikes appear in repeating patterns, while others are activated by proximity). However, it will still take many tries to complete difficult areas in part due to slightly archaic jumping mechanics, but mostly due to the designs themselves, which are often made such that you have to keep moving, with little time to rest or plan. 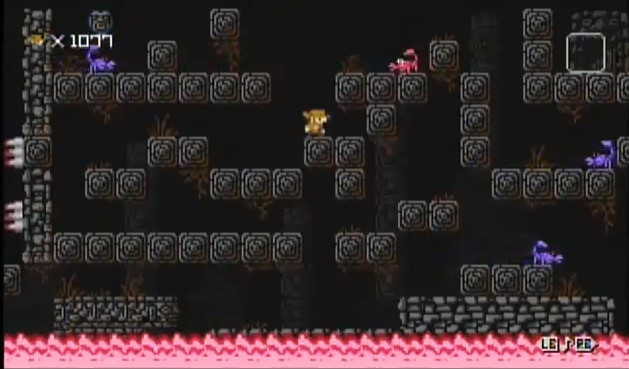 One hit kills you and puts you back at the start of the relatively brief levels, but the loss is slight and instructive. Within each level, you have to obtain a key to open the exit and then make your way to that exit. But make a wrong move (like mistiming a falling platform) and you might get stuck. Due to the need for repeated retries, the game starts players with 1,001 lives.

Unlike most modern games, the jump button doesn't make you jump as long as you press it down; you always jump the same height. There are actually two jump buttons, a high and low jump, and both must be used, sometimes in alternation. Similarly, momentum doesn't play a role in jump distance, much like Mega Man, so there is plenty of ledge balancing. 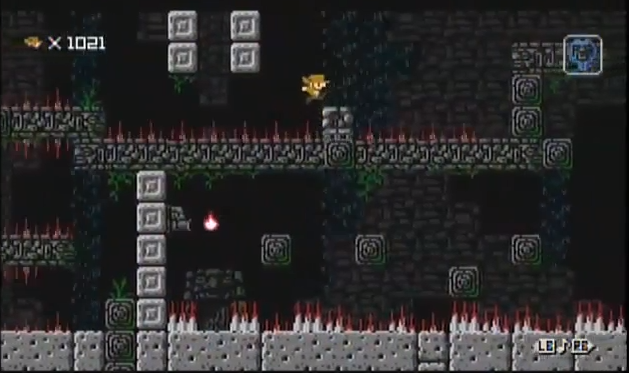 While 1,000 Spikes was tuned in a way that Asada himself felt comfortable playing it, the game is being slightly re-tuned for a smoother experience. Though this type of game is not for everyone, fans of "NES difficult" platformers should find much to enjoy, from the 8-bit music to the devious designs. And though all of the graphics are made of sprites, the 3DS version includes parallax effects, much like the 3DS versions of Nicalis' other games.

1,001 Spikes is a great game for fans of old-school platformers-- the kind that puts the focus on navigating a packed screen full of platforms and traps rather than the Mario style. Though you'll likely see the "YOU ARE DEAD" screen over and over, you've got 1,001 chances to make it through this fun little game.

Sounds like a blast. Any form of ETA on a release date? I don't think I saw one in the article.

1,0001 lives sounds about how many I used to beat Super Meat Boy - not counting the Dark World of course.