Do you remember the first Toki Tori on WiiWare? It was a beautiful, colorful and bright puzzle platformer early in the Wii's life in which you controlled a cute, fat yellow chick using a variety of items to collect every egg in each level. Some of the items had a limited number of uses, giving the game a hint of "Lemmings" or perhaps the original "A Boy and His Blob" as you tried to figure out THE way to clear the level with the resources given. 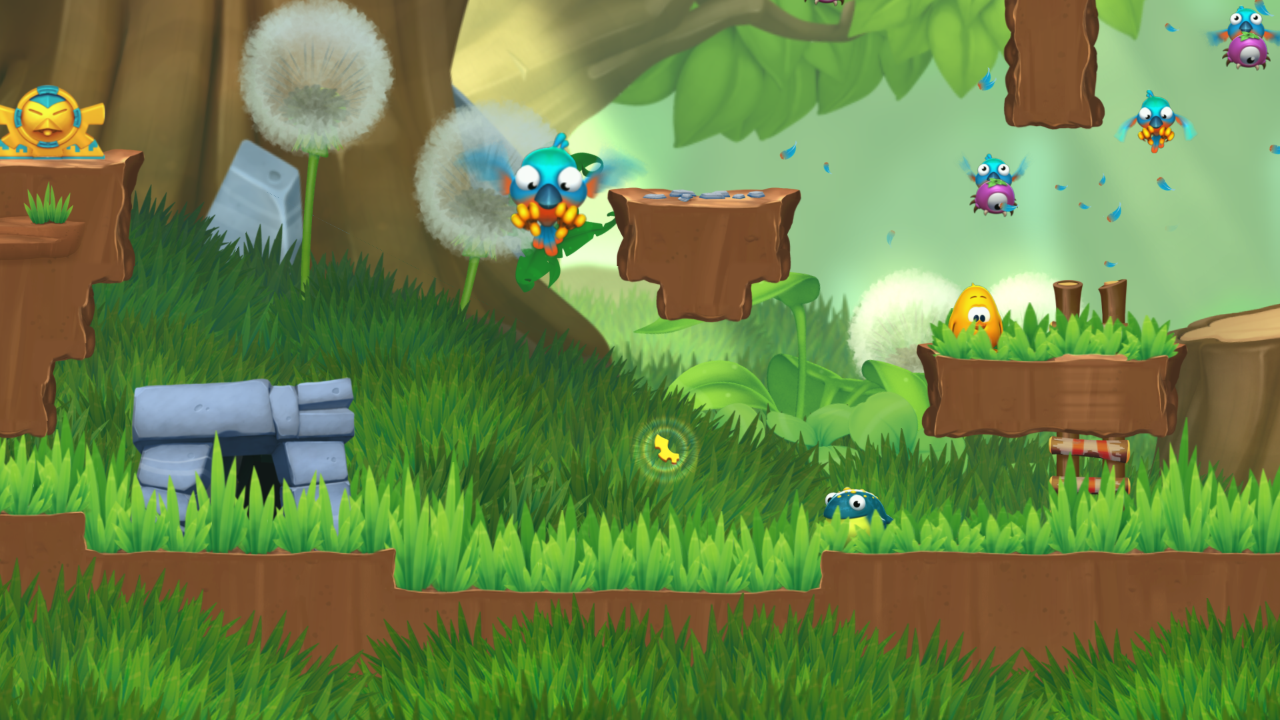 The sequel brings back the colors, the brightness and the fat yellow bird, and leaves everything else behind. Defying expectations, Toki Tori 2 is NOT a collection of more levels solved using new items. Gone are the vacuums, the ladders, the teleportation devices and the discrete levels. This time, the titular Toki Tori has to explore an open world using only his limited innate abilities: a ground stomp, and whistling. All of the puzzles in this 20 hour game (according to the developer) can be solved with just those two actions. The player has to experiment and learn their effects on the fauna and the environment and use them to their advantage.

Early in the game, you are reminded that Toki Tori is not the most athletic of birds and can only hop on platforms a third his height. A taller cliff blocks your way, stranding you there with a toad-looking creature and a plant on the ceiling that seems to spit out an endless supply of small purple critters. As you experiment a bit with the ground stomp, you discover that you can shift the direction the toad is looking. Time it right, and the ground stomp with also make a purple critter fall off the ceiling into the line of sight of the toad, which will promptly eat it. Stomp once more next to the now ballooning toad to make it burp and trap you inside a bubble that will carry you up the cliff. 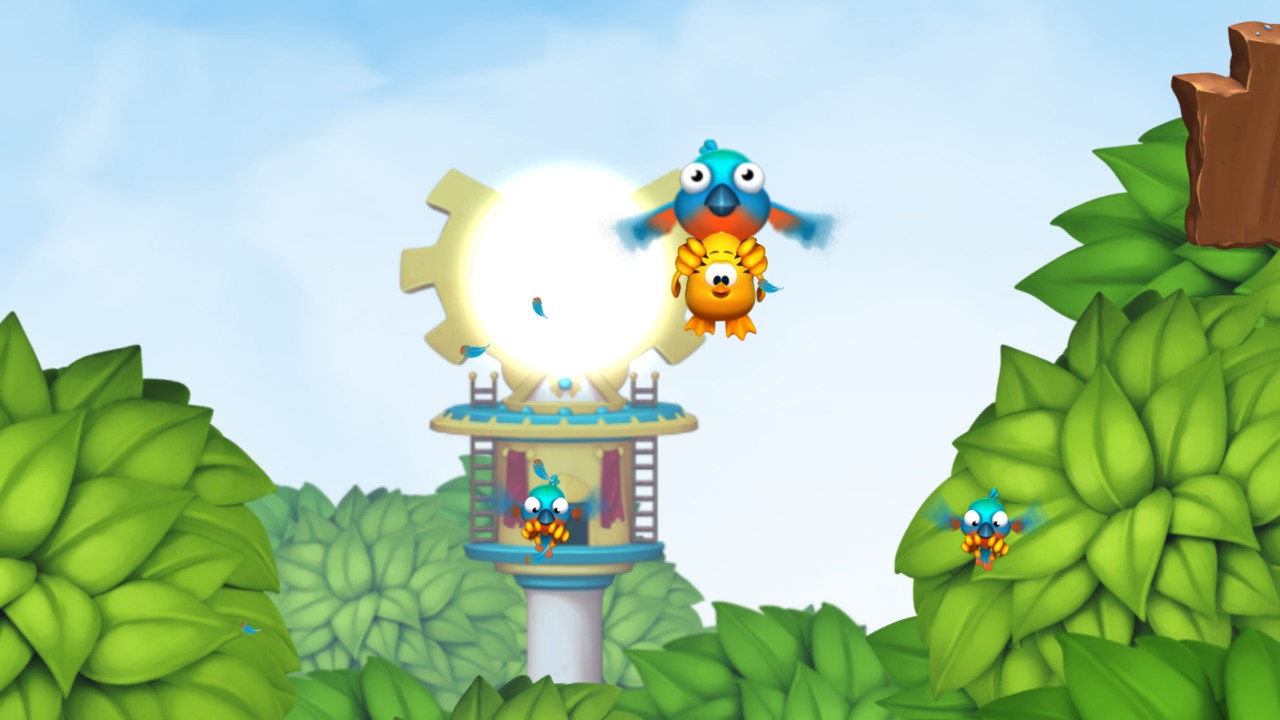 There are several paths through the game, though you may walk past them without noticing the first time around. Since Toki Tori never gains new powers, you actually have the power to tackle harder paths from the very start but aren't aware of it. Eventually, the game places you in a situation on the main path where you have no choice but to figure out how to overcome a particular obstacle, and once your do, you get that "Eureka!" moment as you remember coming across the same elements earlier in the game and thinking nothing of it. Now you can warp back (no backtracking) and use your newfound knowledge to discover an alternate route. It is very similar to the way native critters taught you the wall-jump technique in Super Metroid. Moments like this permeate Toki Tori 2.

It's hard to not be in a good mood while playing Toki Tori 2. It's cute, it's funny, and it makes you feel smart. Look forward to the game releasing on the Wii U eShop on April 4th.

I adored the Wiiware game (I nearly typed 'original game' but then recalled the GB Colour game). I'm not sure if  Toki Tori (Wii) was a great game, or if I was just starved for games, but it really made an impression on me. I have high hopes for TT2.

I loved the Wiiware game as well, though I didn't finish it. It was gorgeous and smart. The sequel is also gorgeous, the reactions of the critters around you to your actions make me chuckle, and they seem to do more with less when it comes to the puzzles. If they managed to keep the inventiveness up for the whole 20 hours the game is supposed to last, that will be quite the achievement.

Sounds really cool, Guillaume! I loved the WiiWare game as well and also didn't finish it, mostly because of its high difficulty (I think I got stuck on one of the Slimy Sewer stages). The game was pretty tough as you had carefully figure out where to use your limited number of items.

I like how they're simplifying things a bit with this one, yet still keeping the puzzle aspect intact. Looking forward to the game!

You guys didn't see the disturbing ending?! It's truly shocking (I'm not joking, it really is sick).