I hate myself for loving you.

We all know Neal is the site's most devoted Skylanders fanboy, and the rest of the staff gives him shit about it. "The game's for kids, Neal," we'd jest. But today I went with Neal to an Activision booth tour, and he basically forced me to play Skylanders: Giants, a sequel to last year's megahit. Ladies and gentlemen, I'm (unfortunately) a True Believer now. This is exactly the kind of mindless game I love to death. What's worse, the Skylanders themselves are pretty cool, though a little pricey.

I hadn't experienced Skylanders before. If some of you haven't, here's the gist of it: you take a Skylander, place him on the Portal of Power, and immediately start playing as that character in the game. The transition is seamless. You don't have to pause, you don't have to go into some special menu—you just take on Skylander off and put another one on and BAM you go back to playing. This works on every system. For some reason, this really impressed me. All of the stat increases and level-ups of that character are stored in its toy, and you can use the same toy across all platforms and it will remember its stats. Again, for me, this fact was unusually captivating. 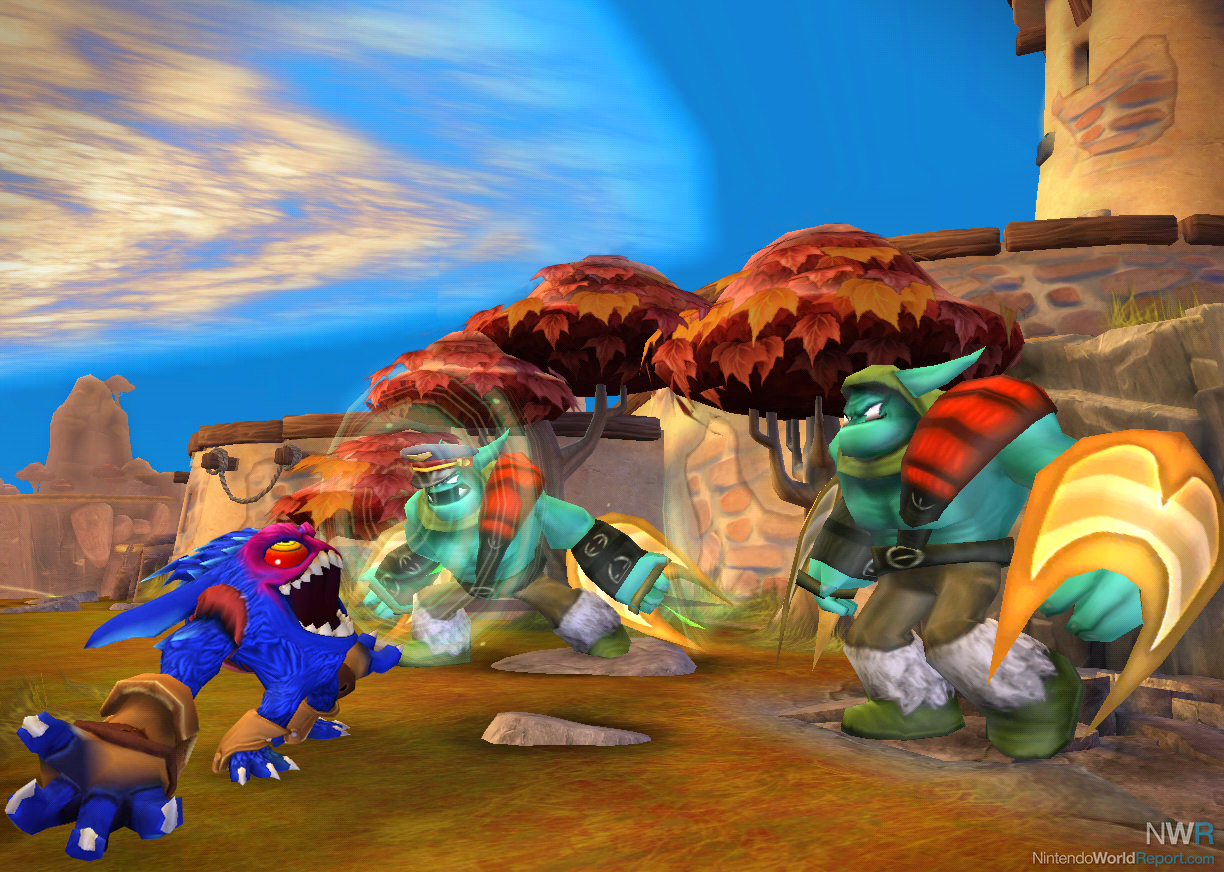 The game itself is mindless goal/reward gameplay. You run around a given environment smashing environmental objects, defeating enemies, and collecting booty. There are lots of secret areas to find and yet more treasure to glean. Certain areas can only be accessed by certain elemental Skylanders—one "off to the side" area could only be accessed by an Undead type, while another could only be accessed by a Plant type. Certain combat situations will make certain Skylanders preferable over others, and Giant characters, while slow-moving and potentially easily overwhelmed, are brutes in terms of power and can haul up rocks from the ground and toss them at enemies. I can see myself losing hours in this game: "I'll just do this one last thing and THEN go to bed."

All the Skylanders you bought for the original game will work in Giants, and their stats will increase beyond the original level cap, like WoW expansions. Of course, Skylanders being the money-printing franchise it is, kids (or maybe their parents) will be able to buy new forms of the same character, which will have different abilities. Activision showed off a new style of Cynder who will have a new lightning attack. Additionally, new "Light Core" versions of previously released figures (and some new ones) will light up when placed on the Portal of Power (no batteries required—actually kind of awesome). They will look different than their non-Light Core versions and will deploy an area-of-effect upset when transported to the battlefield. Both of the Giants we saw also light up. 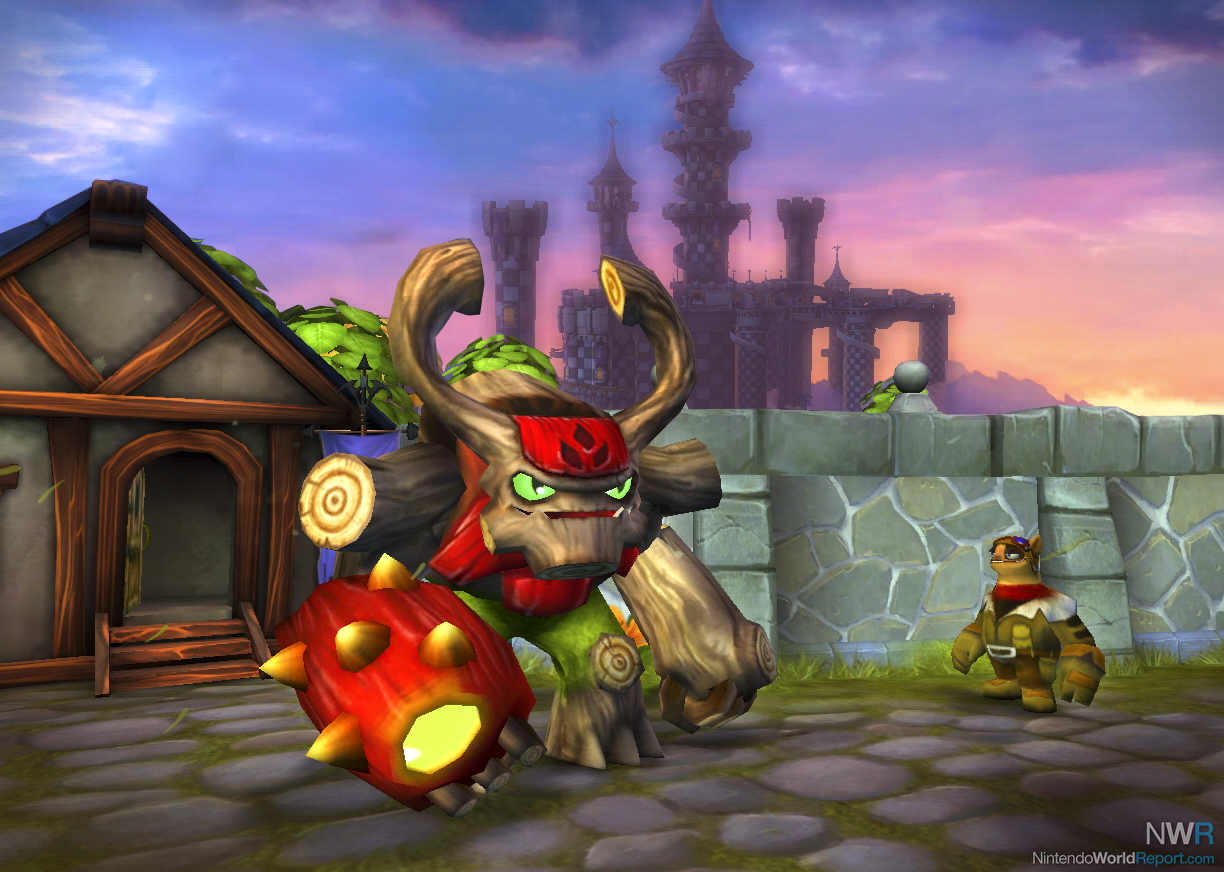 If anything keeps me from the Skylander craze, however, it's the price of admission.
Normal Skylander figures will still retail for $10, while Light Core versions are a little pricier at $12. Finally, the Giant figures (which are "twice as large as normal figures") (not true) come in at a whopping $15 apiece. That's no small monetary commitment, even if, as Activision told us, each new figure will come with a new mission. This is paid DLC, and what's more, it's cynical DLC. For kids, it's brilliant DLC. If the figure were cheaper, I'd probably be all over this game, but I have bills to pay.

It didn't help, of course, that Activision gave all us press folks a silver Spyro figure. Your first hit is free! I hear that The Black Pit (I mean "GameStop") is selling secondhand Skylanders figures at a discount, and of course there's always Craigslist... damn it, I've got to stop talking about this. Skylanders: Giants is surprisingly fantastic. If you're already on the Skylanders train, there's no harm is falling further down the rabbit hole. I envy you.

Halbred - please send your silver Spyro to me if you don't want him.

Die in a fire.

My blowtorch is ready.

Die in a fire.

That wasn't very nice.  I do have an extra Boomer and Wrecking Ball still in package.  Wanna trade? :D

Hey, two for one...  And really, if you buy the console version, you'll get a Spyro anyway...  why would you want two of them? :D