Despite some issues, we have the first good Sonic Boom game....

HANDS-ON: After a bunch of trials and tribulations, it looks like we have the first good Sonic Boom game....

HANDS-ON: What do you get when you mix Sonic with fire and ice? A pretty enjoyable follow-up it seems!...

HANDS-ON: The latest Fire and Ice seems to fix some problems, but now has a few others....

All of those Japanese companies that you love (?) are bringing a thing or two to the show this year. Even Konami!...

Hands on with EVERY Nintendo title from TGS. Are you ready?!... 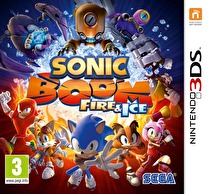